A window into their world: How a single image of a quarantine hotel reveals how Australian travellers are coping with 14-day isolation

An amateur photographer has captured a unique perspective of what life is like for Australian travellers forced into self-isolation during the coronavirus pandemic.

The man used his phone to take a photograph of quarantined guests at Sydney’s Amora Hotel staring longingly out of their window.

Under strict new laws introduced by the Federal Government to stop the spread of Covid-19, thousands of travellers returning to Australia must undergo a mandatory 14-day period of quarantine under police guard.

A Sydney photographer has snapped an image for ages, capturing a unique perspective of what life is like in isolation at the Amora Hotel during the coronavirus pandemic.

The reluctant photographer, who wished to remain anonymous, said he didn’t understand what all the fuss was about after his photo went viral on Reddit.

‘I haven’t got any story for this other than I found it interesting that everyone happened to be doing the same thing at the same time which made me think about isolation and how we all aren’t very different,’ he told Daily Mail Australia.

‘I’m just a guy with a camera phone. I don’t consider myself a photographer and yeah this a chance encounter.

‘I took this on my Google Pixel 4 XL phone.’

In order to get the attention of the subjects in the frame, the man said he went out onto the balcony and waved at them.

‘I indicated with my hands that I would like to take a photo and they nodded,’ he said.

Australians were quick to heap praise on the man for his photograph.

‘Putting aside the creepiness, it’s quite poignant actually. Will be looked back upon in the future,’ one person said.

‘I feel this picture will feature on one of those ‘look back’ videos about the great coronavirus crisis of 2020 some time in the future,’ added another.

A third person compared the photo to the work of a revered 20th century American realist painter known for depicting New York during the Great Depression. 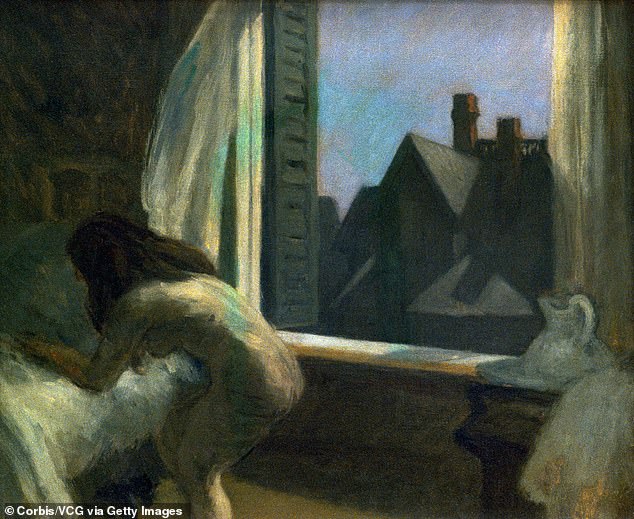 The intimate view into the rooms has always been a feature of the Amora Hotel for a long time, a former employee explained.

‘The Suncorp building was directly opposite and one day a lady came in to the concierge desk to complain,’ the hotel worker wrote.

‘She outlines to me that she couldn’t get any of her work done as there was a crowd of men around her desk.

‘I was puzzled as how this was the hotel’s problem.

The concierge worker said a scantily clad couple answered the door and politely offered to stop filming their sex acts.

‘This photo is a very sobering contrast!’ 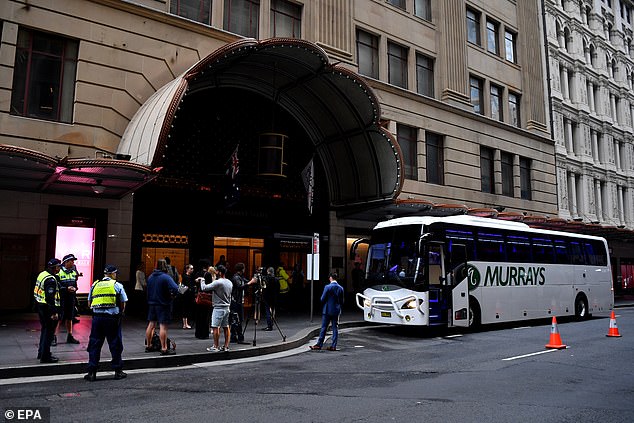 The image comes as the first group of return travellers were released from quarantine at the stroke of midnight on Wednesday.

Hundreds of passengers on board the Norwegian Jewel cruise ship were forced into isolation on March 25 at the Swissotel — a five-star Sydney hotel.

Unable to leave the confines of their rooms for two weeks, the 288 Australians are now free to return to their homes.

Thousands more quarantined travellers are also set to be released on Sunday. 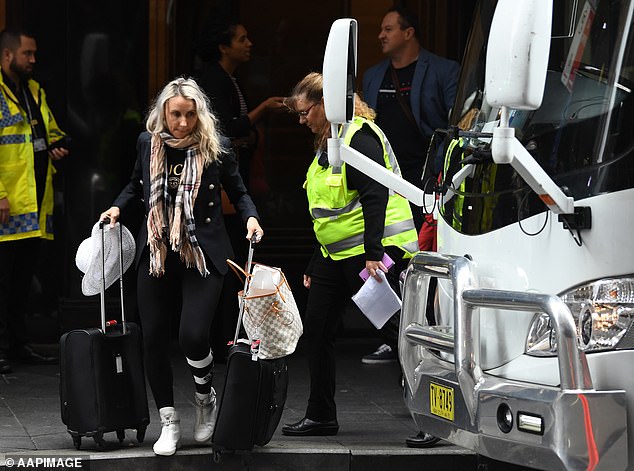