Haunting photos from a new book have captured the beauty of buildings left abandoned for nearly 14 years after Hurricane Katrina hit New Orleans.

Photographer Leland Kent returned to former hospitals, nursing homes and high schools to show the devastating impact of the Category 5 hurricane which killed more than 1,800 people in 2005.

In one shot, from the courtyard of a nursing home, nature can be seen reclaiming the space as trees and bushes wildly sprout across the area.

Another shows the autopsy amphitheater in the basement of the Charity Hospital, complete with its embalming table in the centre of the room.

Others show posters still hanging from the wall in a hospital which say ‘Katrina Alumni 2005’ and ‘make love not hurricanes’.

‘From a hospital where patients and staff were trapped during the storm, to a long forgotten Nazi internment camp, and the first high school built for African-American students.

‘Each chapter gives an in-depth look at these places accompanied by a gallery of stunning imagery.’

Photographer Leland Kent captured this incredible image of the autopsy amphitheater in the basement of Charity Hospital in New Orleans, which was abandoned after Hurricane Katrina 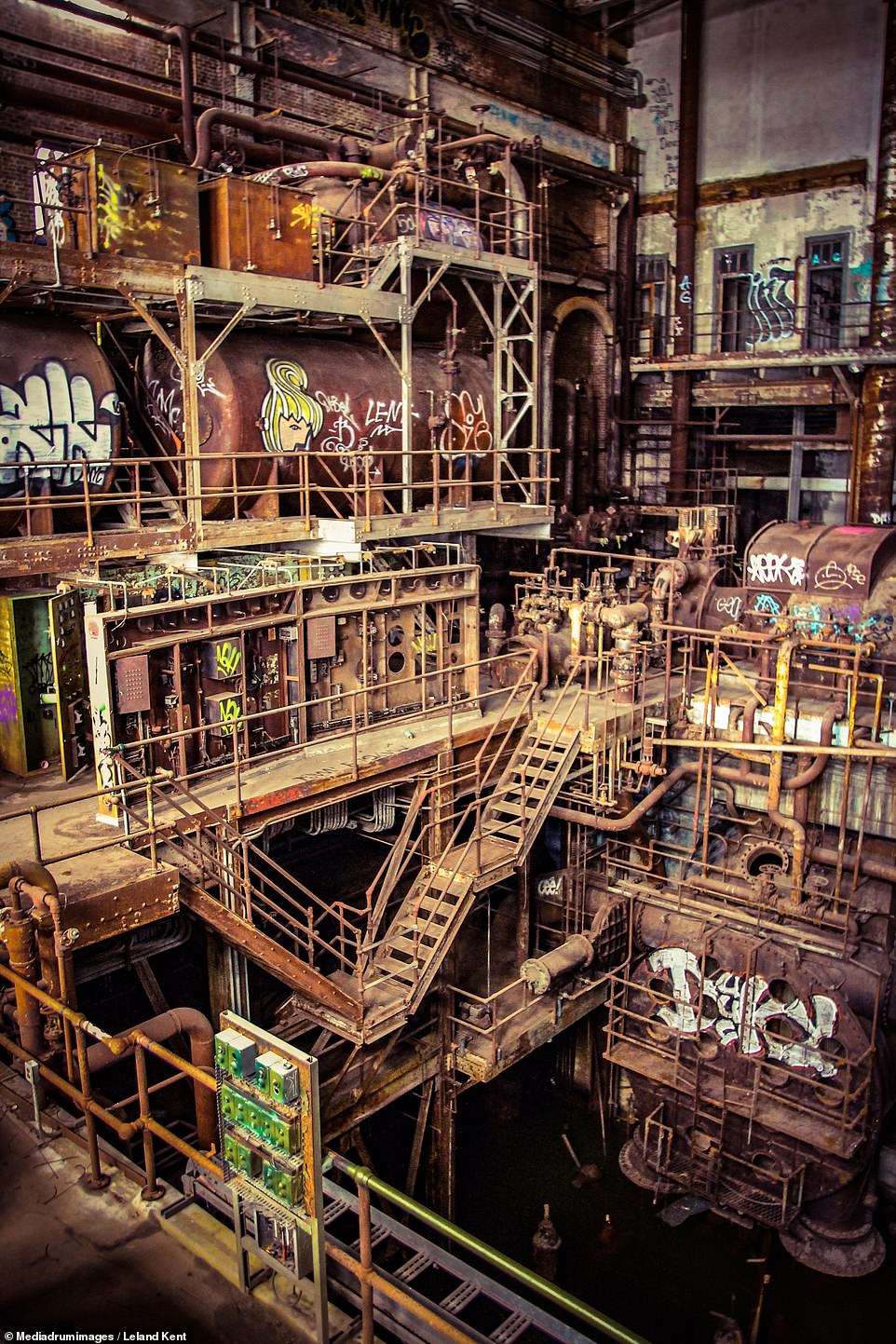 For his new book, Abandoned New Orleans, Kent visited a number of buildings – including this massive five-storey power plant – which have been left untouched for nearly 14 years 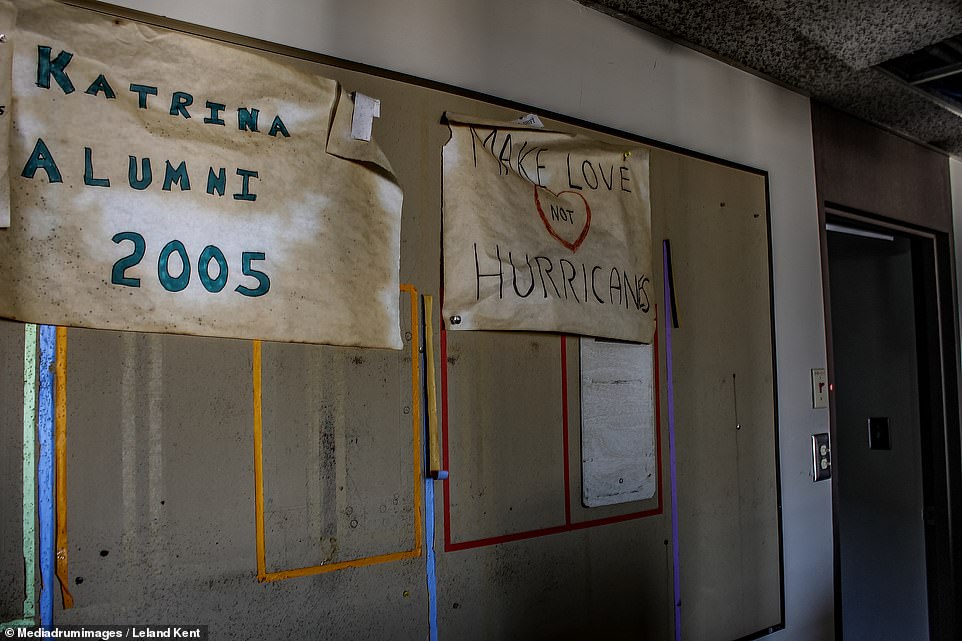 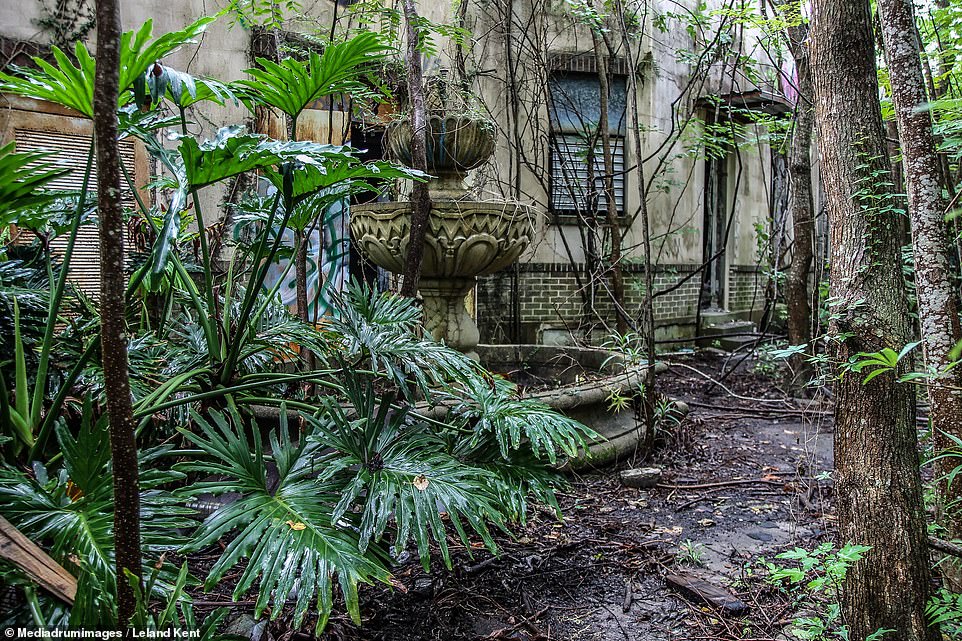 Here, nature has reclaimed a courtyard at a former nursing home, with trees and other plant life wildly springing up across the area 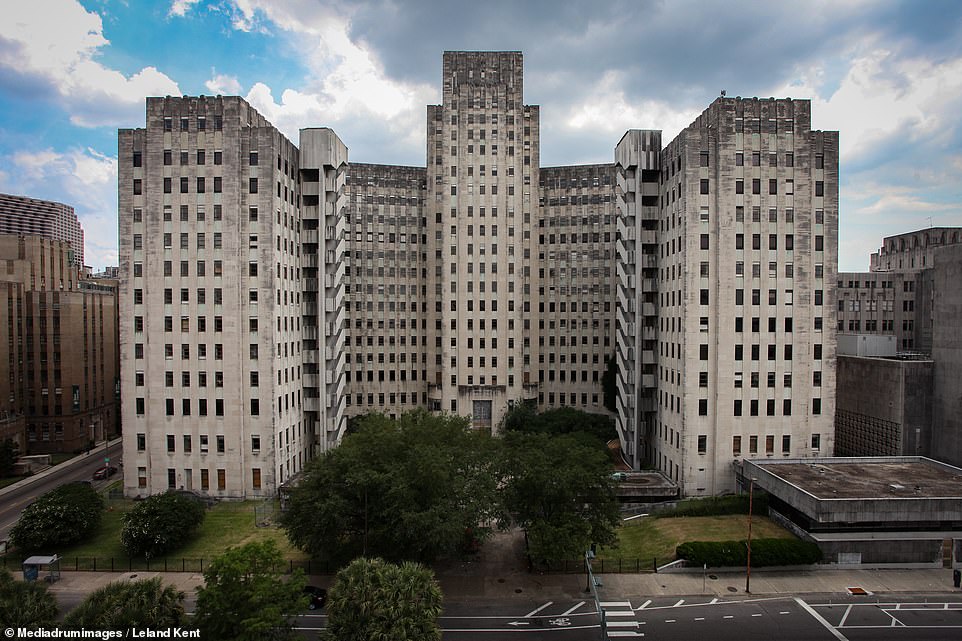 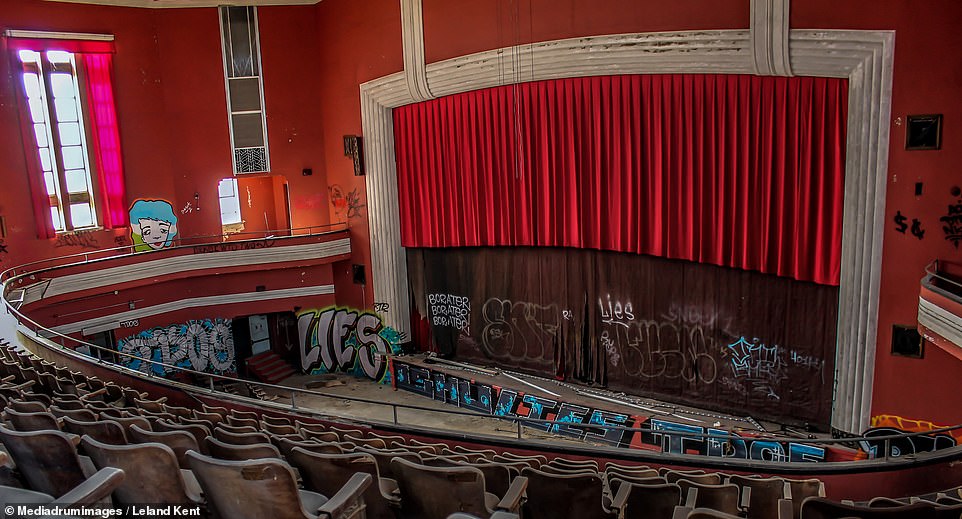 This shot shows the graffiti covering the auditorium of the former Booker T High School. It became popular with squatters and thieves who stripped copper from the building 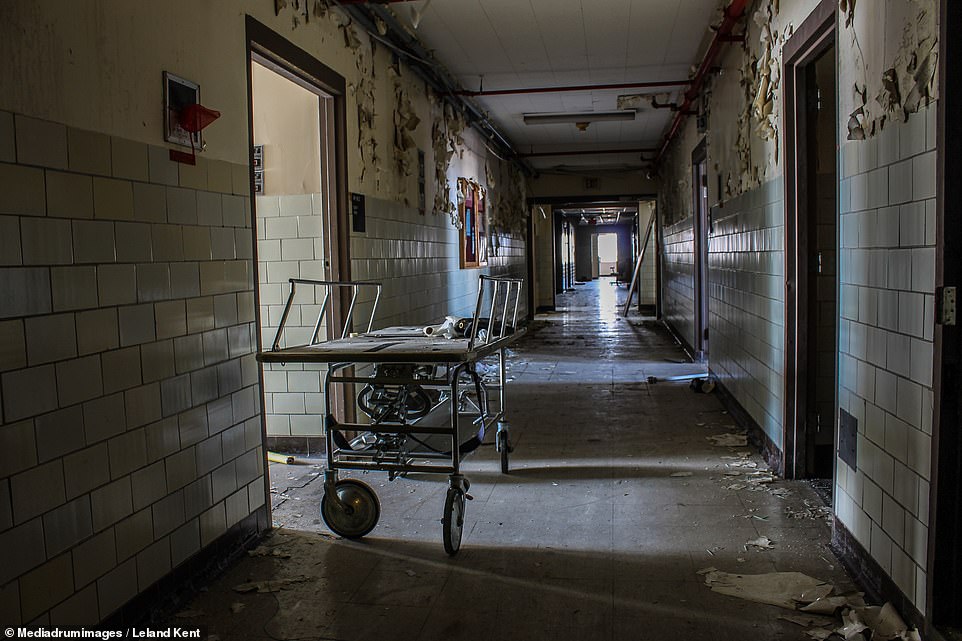 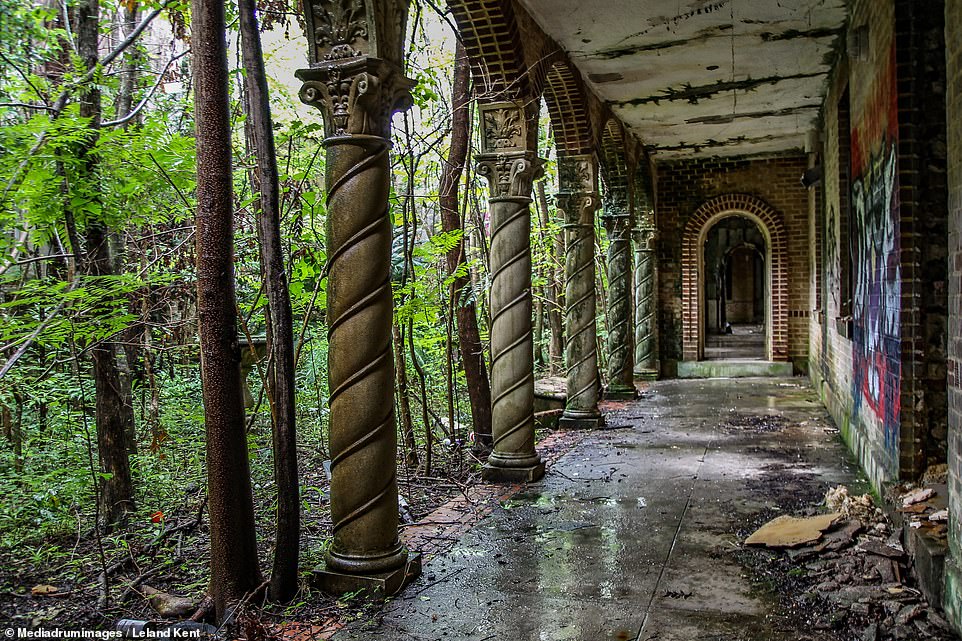 Pictured: falling plaster and dirt covers the floors of this exterior hallway inside an ornate nursing home 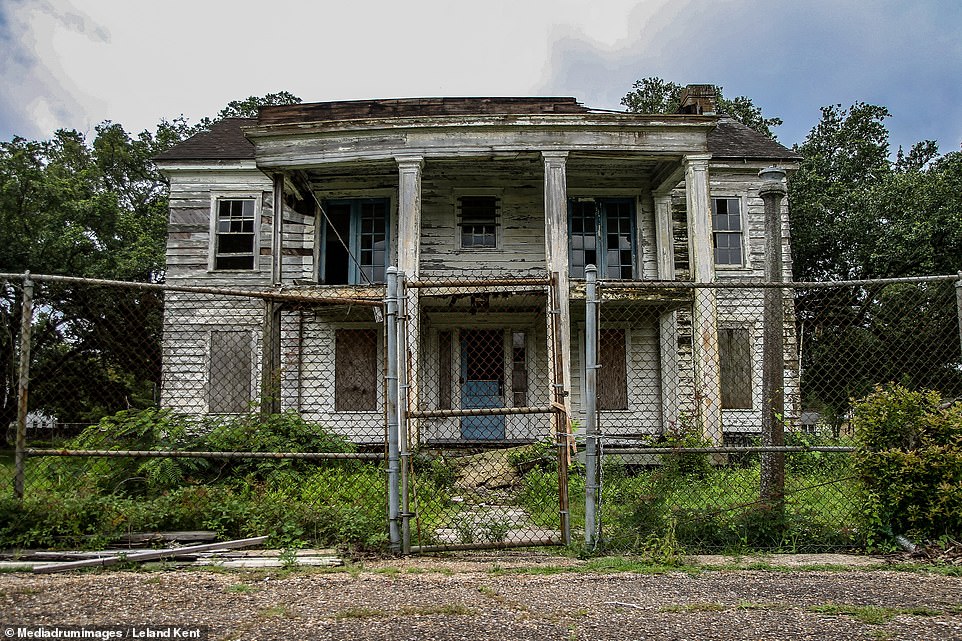 The only surviving building from Camp Algiers, an internment camp which housed both suspected Nazi-sympathizers from Latin America and Jewish refugees during the Second World War, has fallen into a state of disrepair 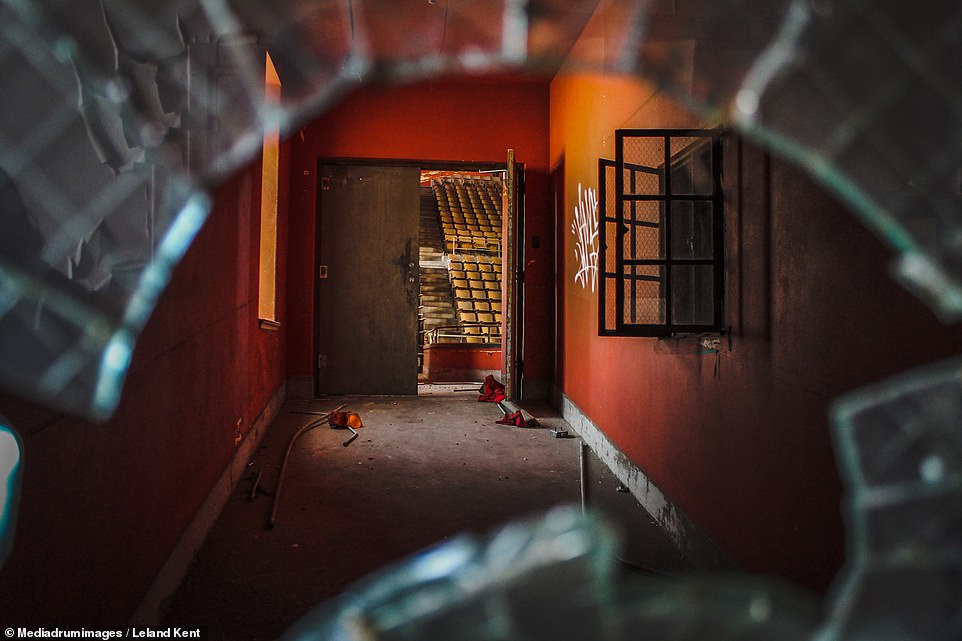 Pictured: the view through a broken window at Booker T High School. Thieves stripped copper from the building and ripped architectural detailing from the walls after Katrina 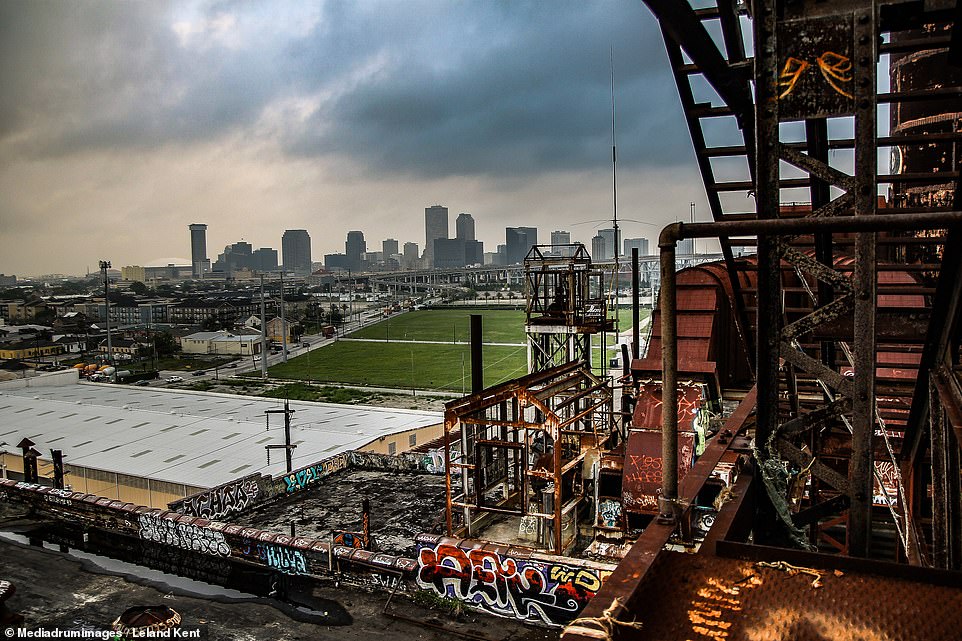 The Category 5 hurricane killed more than 1,800 people in 2005. Pictured: the rooftop of the abandoned power plant looking over the city 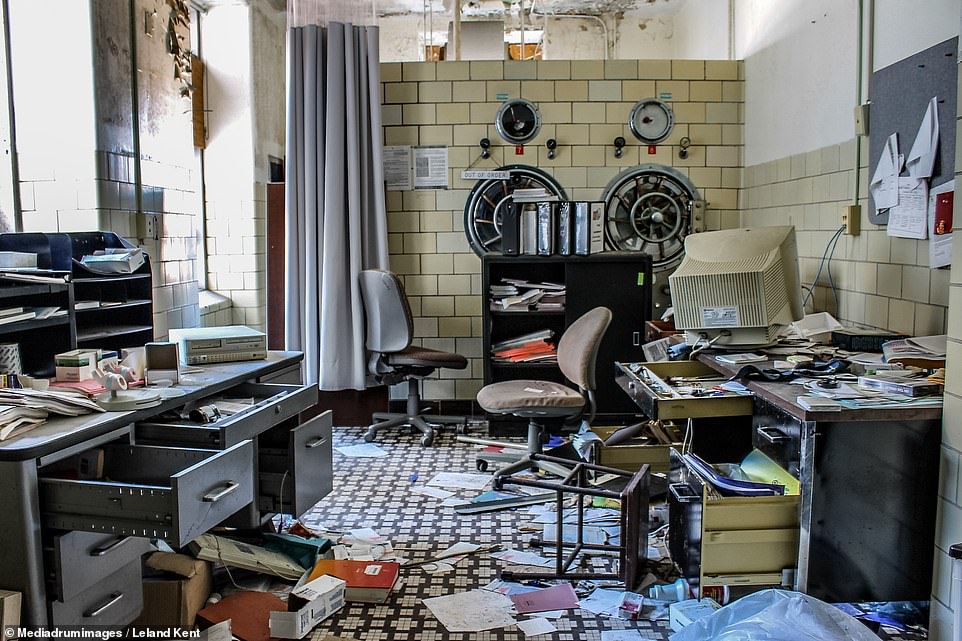 Ransackers rummaged through this office inside the former hospital, leading books and papers scattered across the floor 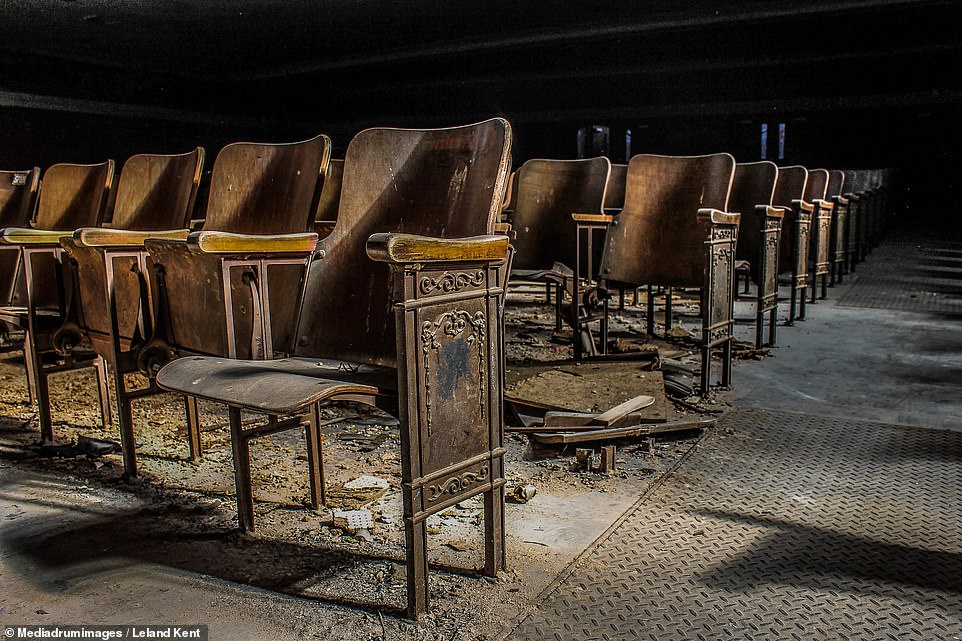 The devastating impact of Hurricane Katrina

On August 29, 2005, the Category 5 Hurricane Katrina made landfall in the U.S., hitting Florida and Louisiana.

The powerful storm caused more than 50 levees in New Orleans to fail, with floodwaters rising so fast that people drowned in their homes, while others were left waiting to be rescued from their rooftops for days on end.

Around 80 per cent of the city was left flooded, killing more than 1,500 people in Louisiana alone, with the majority in New Orleans. Another 130,000 people were displaced from their homes.

Of those that died, 40 per cent drowned, another 25 per cent died from injuries or trauma, and 11 per cent from heart conditions.