The complex is built around hot underground springs located at Waiwera, just north of Auckland, and contains 26 pools and various slides.

At its peak the attraction saw more than 350,000 visitors enter the gates each year and was the largest water park in the country. 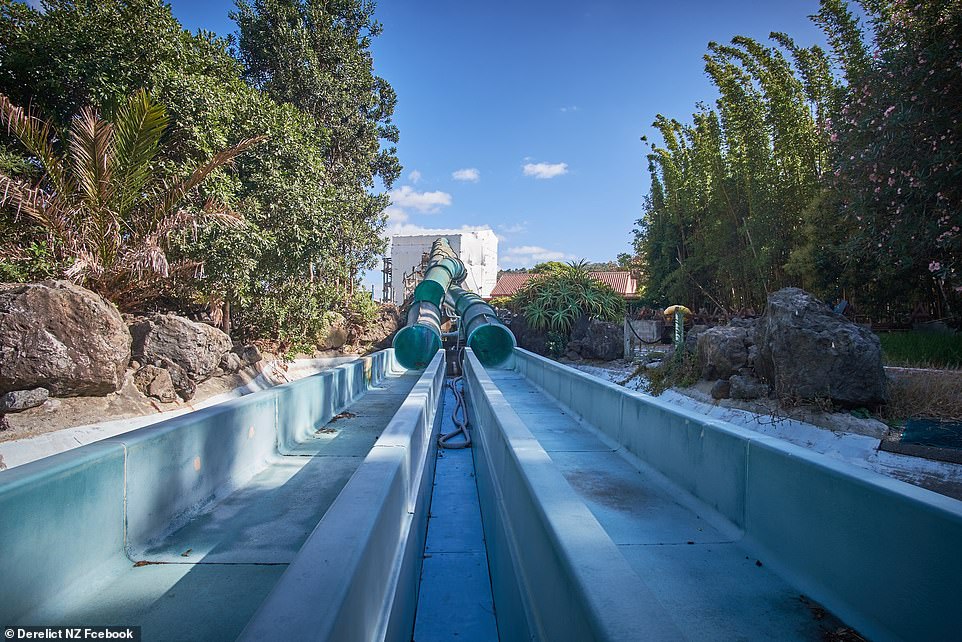 This picture shows a water slide known as ‘The Twister’ and, while still standing, is dry and looks weathered

Pictures now show the site plastered with caution signs and looking weathered with the pools drained or half-filled with stagnant water.

One photograph shows one of the main covered swimming pools with cracked tiles and now filled with stagnant green water.

Another picture shows a water slide known as ‘The Twister’ and, while still standing, is dry and looks weathered.

One of the pictures shows the outdoor pools known as the seal and elephant pools due to the statues that use to spout jets of water into the air.

These pools are empty of water and of the crowds that one would have packed them.

Another picture shows the sign to the park directing tourists where the attractions are with a whale mascot at the top and caution tape is hung across. 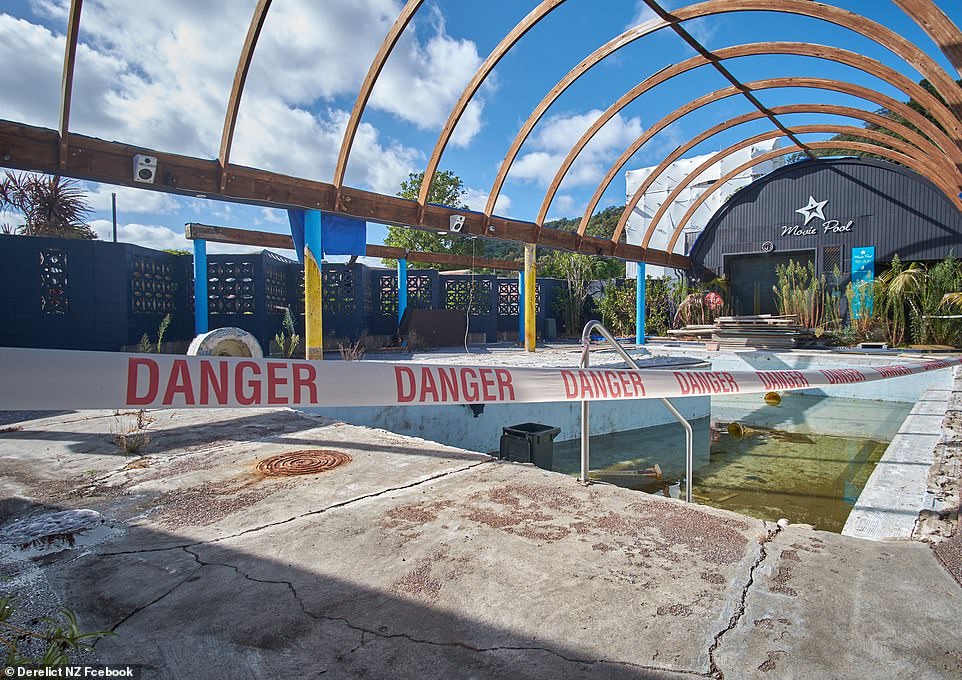 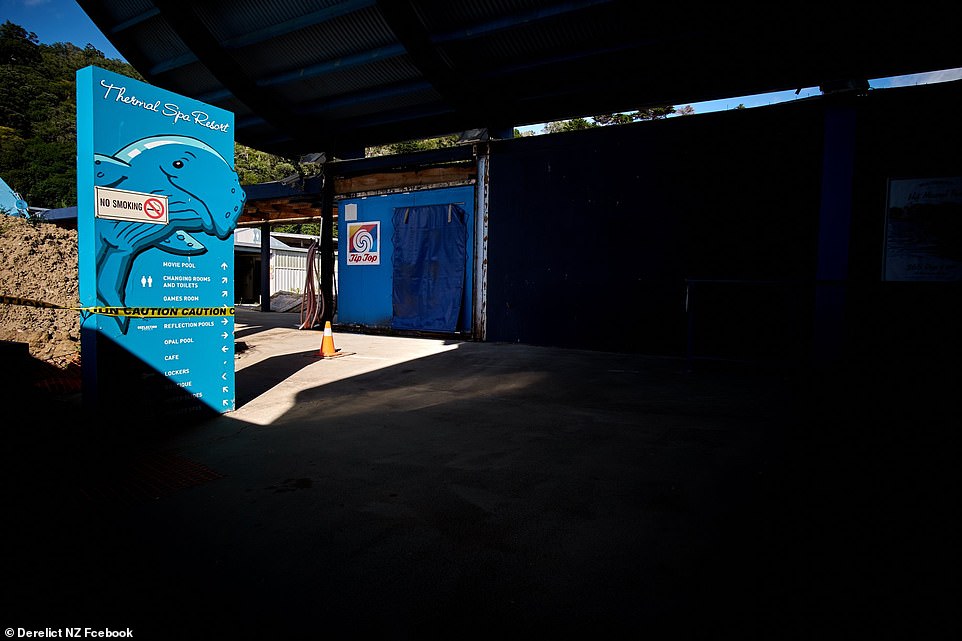 A sign directing tourists is now plastered with caution tape at the Waiwera Thermal Resort north of Auckland, New Zealand

Viewers of the pictures remembered the attraction fondly.

‘I remember going here it was the best ever,’ one person said.

‘It was so fun when we were kids,’ another said.

‘Fond memories of this place… camping in Orewa we’d head over the hill to Waiwera for hot swims and fish and chips,’ a third added. 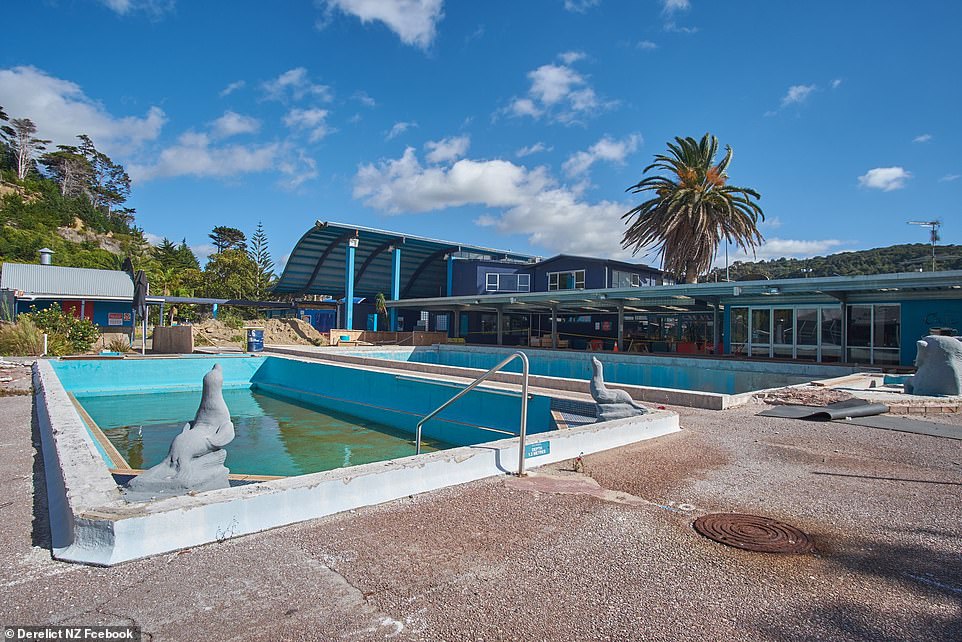 Locals hope that the attraction, which has been closed for 12 months, will be saved by a change in ownership

The site was discovered before Europeans arrived in the country and the name Waiwera means ‘hot water’ in Maori.

The tourist attraction has been closed for over 12 months and is owned by Russian billionaire Mikhail Khimich and a company based in Las Vegas.

Locals have speculated that a change in ownership, however, may bring the pools back to life.

‘I live right behind the pools and it looks like Auckland Council will probably be taking it over so have no fear, the pools will re-open eventually,’ one person said. 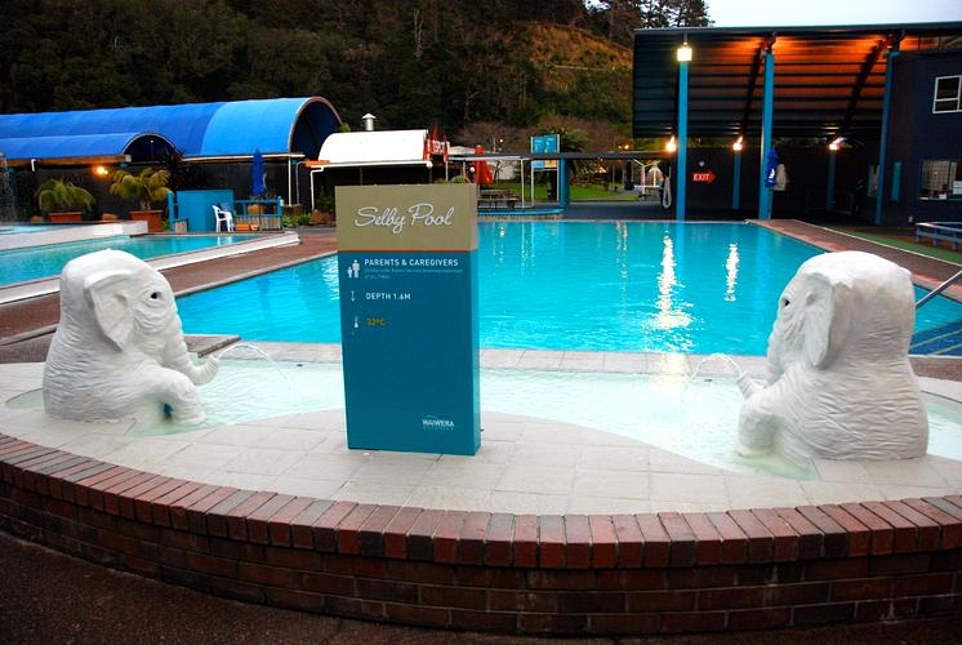