A transplant seeker became known as ‘the sickest woman in America’ after she dismissed her life-threatening liver failure as tiredness due to her turning 30.

Christina Ferrara, now 31, from Tampa, Florida, was told she would ‘die this weekend’ after doctors discovered her liver was rapidly shutting down.

The assistant manager had put her symptoms down to simply ‘getting older’ when she was unable to recall the year or the name of the President.

After eventually seeking treatment when she started to turn yellow, Ms Ferrara was put into a medically induced coma and placed number one on the worldwide liver transplant list.

Ms Ferrara, now dubbed the ‘Bionic Barbie’, made a miraculous recovery after the fourth organ she was offered turned out to be a perfect match.

Christina Ferrara became known as ‘the sickest woman in America’ after she dismissed her deadly liver failure as tiredness due to her turning 30. She is pictured after receiving a life-saving liver transplant. The scar from the operation can be seen on Ms Ferrara’s abdomen 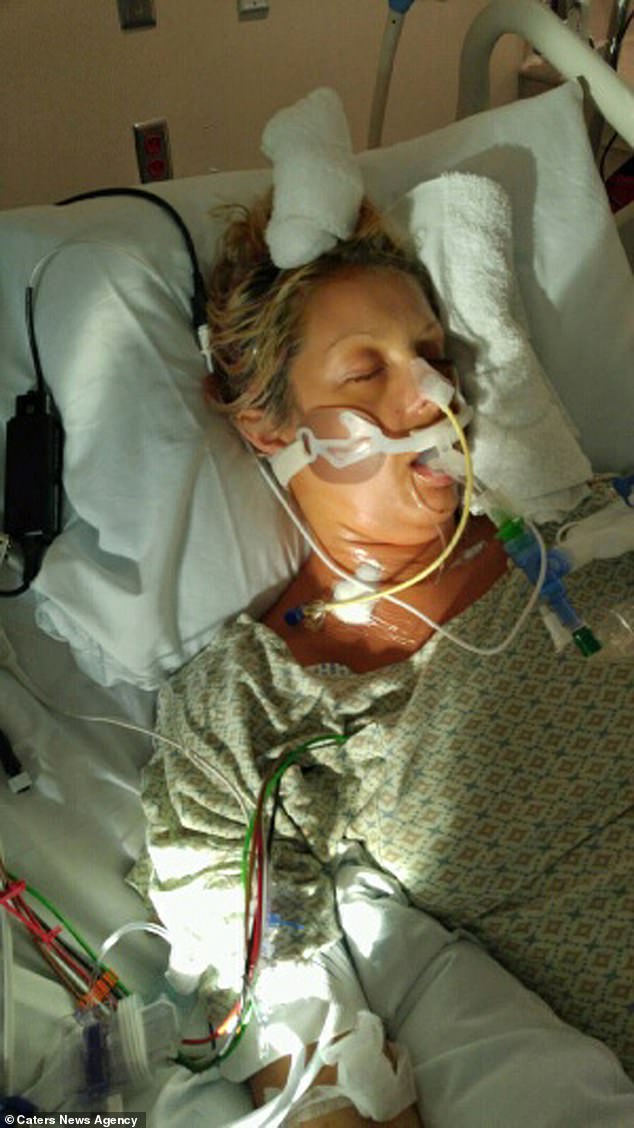 When she eventually went to see her doctor, she was immediately rushed to hospital. Medics discovered her dangerously high ammonia levels were shutting down her brain, forcing them to put her in a medically induced coma (pictured). Her liver was also rapidly releasing toxins

As well as suffering from extreme fatigue, Ms Ferrara began to experience bleeding gums, which she put down to her toothbrush. She also dismissed her dark urine as just dehydration.

‘I thought it was just a cruel welcoming to my 30s. But I was very jaundiced and suffering high enzyme levels.

‘Eventually I went yellow from head-to-toe.

‘It was like someone took a highlighter and coloured me in, I was so tired I was trying to drink as much coffee as possible,’ she said.

When Ms Ferrara eventually went to see her doctor, she was immediately rushed to hospital, where medics told her she may die before the end of the weekend.

‘All of the extreme symptoms I was told to watch out for happened within 16 hours, it was the most rapid case doctors had seen.

‘They would asked me questions like where I was and who was the President. I got them all wrong. I even thought it was 1997. All I knew was that I was scared,’ she said. 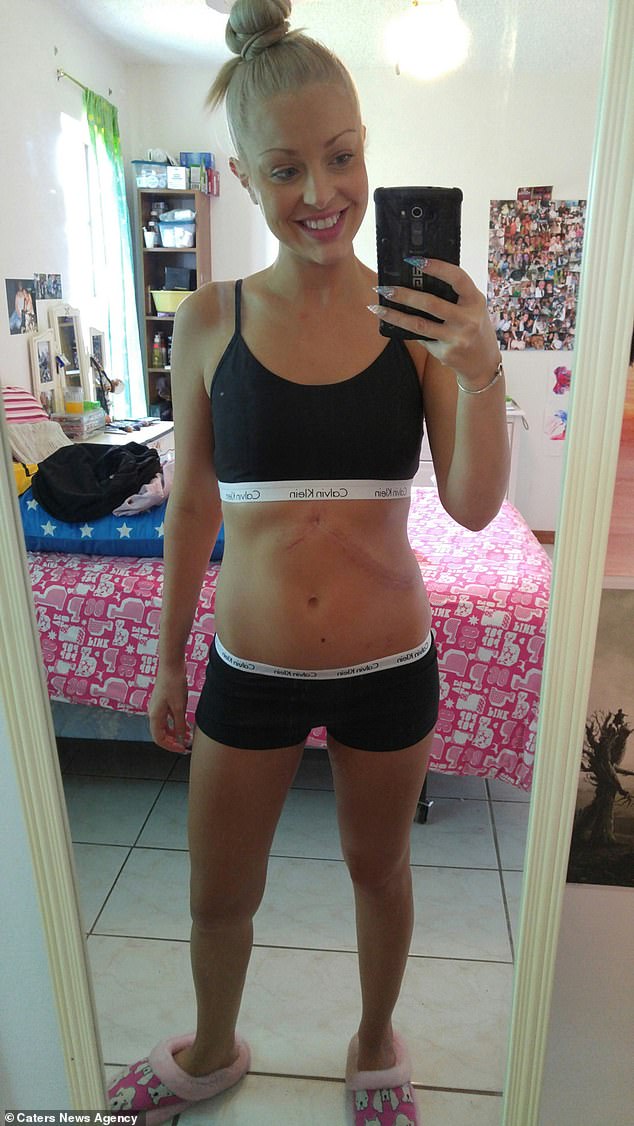 Now nearly recovered, Ms Ferrara is forced to take medication every day to stop her body rejecting her new liver. The ordeal has also left her at a high risk of skin cancer and means she has had to adapt her diet. Nevertheless, the assistant manager is determined to stay upbeat 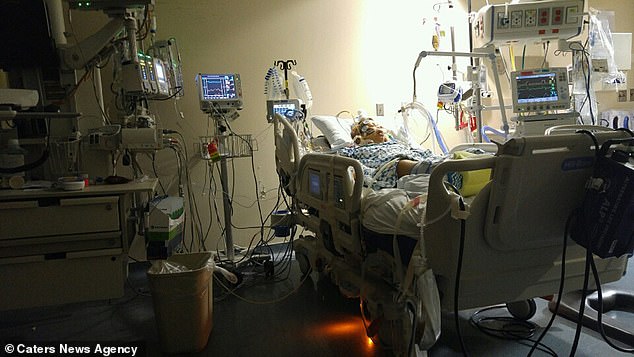 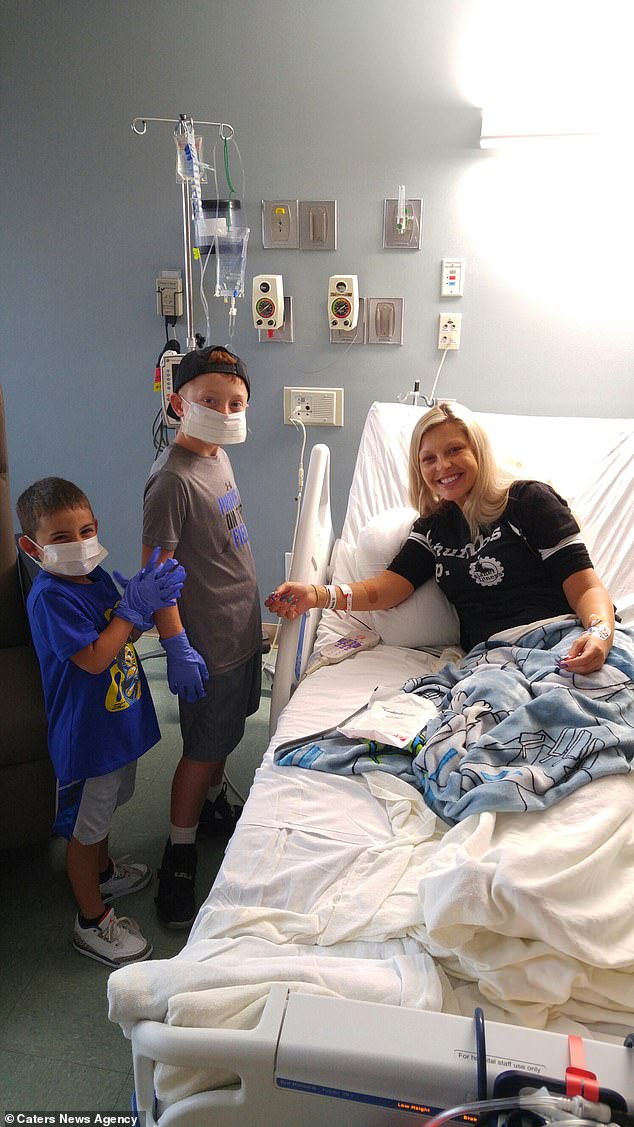 While in hospital, loved ones would come to visit, however, they were forced to wear masks to prevent her becoming more unwell. Ms Ferrara’s immune system would have been suppressed due to the medication she was taking to stop her body rejecting her new liver

While in hospital, medics discovered Ms Ferrara’s ammonia levels were so high her brain was shutting down.

Toxins were also being rapidly released from her leaking liver, putting her in urgent need of a transplant. It is unclear what caused her liver failure, however, it is linked to excessive alcohol consumption, and hepatitis B and C.

‘I was number one on the Florida transplant list and 12 hours later took over the top of the world list – I was deemed the sickest woman in America.

‘There were three livers I couldn’t accept – one was too big, one too sick and the other too old – but on the fourth day I had a perfect liver presented to me.

‘It was literally a miracle, as soon as I put it in it was like the batteries were back on,’ Ms Ferrara said. 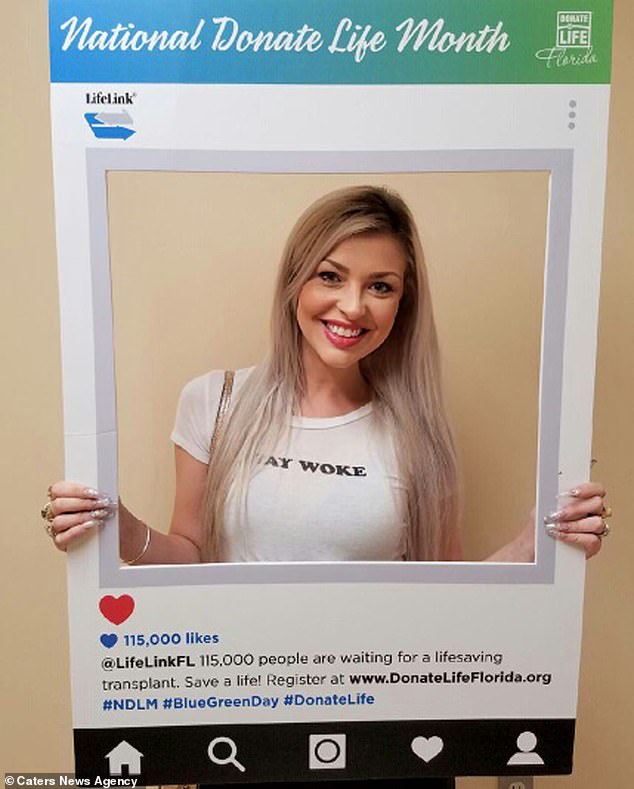 Ms Ferrara is speaking out to encourage others to join the organ donor list and help save people’s lives. She said: ‘If my donor did not choose to donate their organs I would not be here right now. You can’t take your organs when you go, so save a life and spread love’ 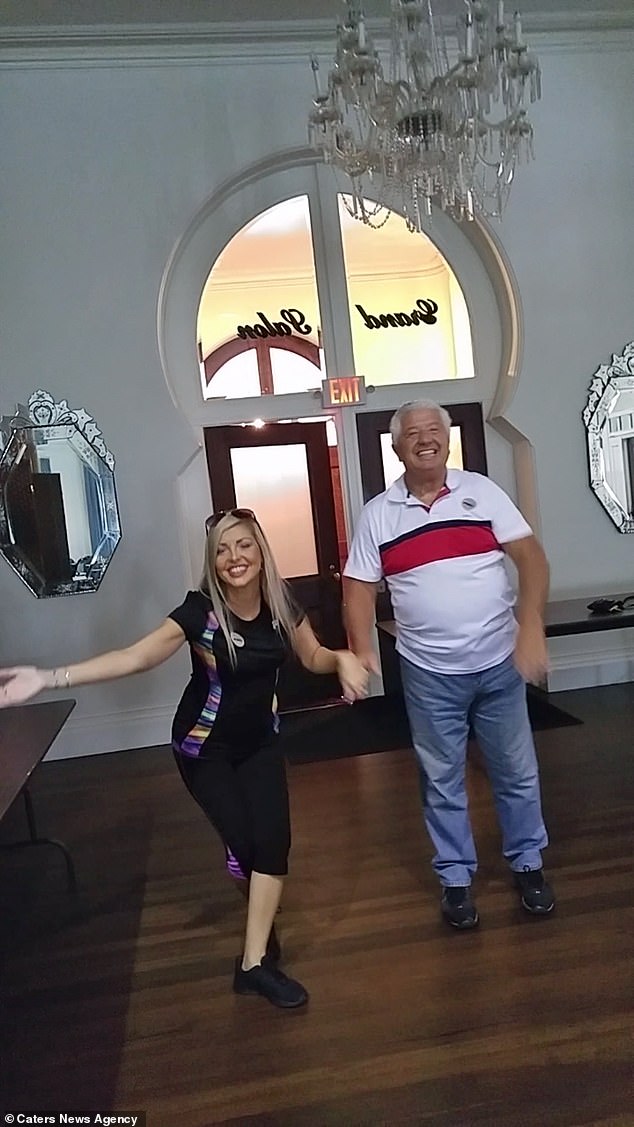 Pictured dancing with her father after the ordeal, Ms Ferrara wants to make the most of her life

Since having the transplant, Ms Ferrara has shocked everyone with her recovery.

‘I have been called the “Bionic Woman” and “Bionic Barbie”. I have no metal parts but it’s because of my life and energy.

‘The transplant team was amazed at how I popped back to life from [a] new liver so fast.’

Despite her traumatic health scare, Ms Ferrara remains optimistic and is determined to make the most of her life.

‘I take medication every day to stop my liver from rejecting, I have a high risk of skin cancer and [I] can’t eat foods like sushi because of the potential bacteria.

‘But my life has been amazing since coming back, it has made me re-evaluate the things that are important to me.

‘My mum jokes that I always wanted to be number one and for a week I was.’

Now nearly back to normal, Ms Ferrara is speaking out to encourage others to join the organ donor list.

‘If my donor did not choose to donate their organs I would not be here right now.

‘I needed a specific liver, the person who registered was my guardian angel.

‘You can’t take your organs when you go, so save a life and spread love,’ she said. 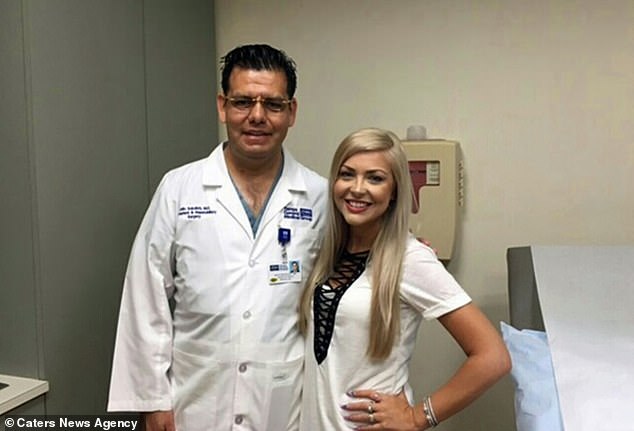 Ms Ferrara (pictured with her surgeon Dr Julio Sokolich) claims she is called ‘Bionic Barbie’ due to her ‘energy’. Doctors said giving her a new liver was like ‘turning the batteries back on’ 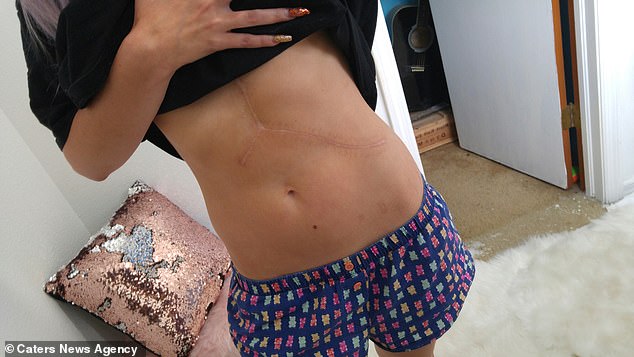 Proudly showing off her scar, the ordeal has forced Ms Ferrara to re-evaluate what is important