The time lapse video shows what appears to be a large cloud formed in the shape of a disc slowly glide across the sky like a spaceship.

‘This high-based, beauty of a storm was long tracked, making its way across the Panhandle for several hours,’ the person who filmed the cloud told Newsflare.

‘It created hype among the cities & towns it passed near, flooding social media with its majestic form.

A supercell cloud was filmed over Amarillo, Texas on Saturday 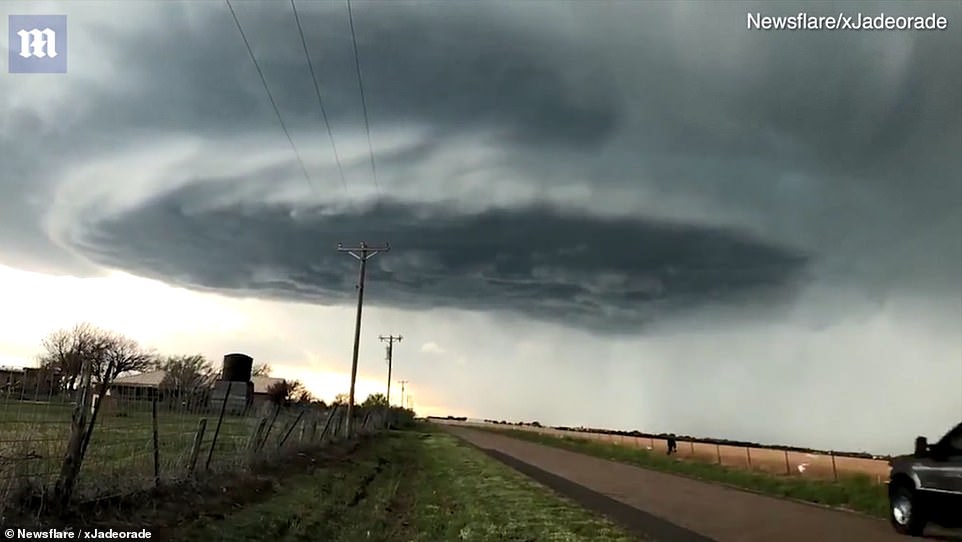 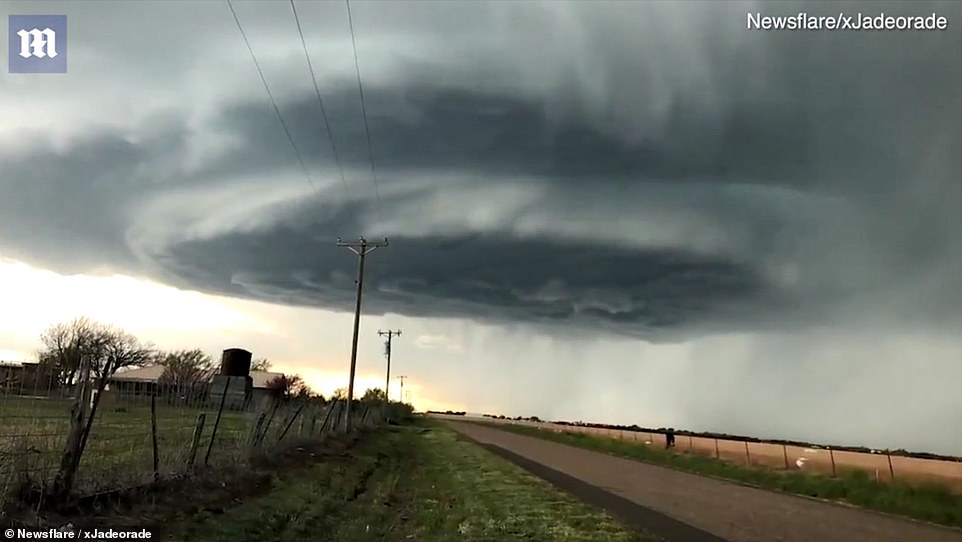 ‘This high-based, beauty of a storm was long tracked, making its way across the Panhandle for several hours,’ the person who filmed the cloud told Newsflare

‘I decided to get a quick time lapse of the cell as it approached, making sure the quality was as crisp as possible.’

Supercell storms are thunderstorms that are the least common, yet are potentially the most violent.

These storms produce hail stones that are bigger than baseballs in addition to damaging winds and even tornadoes.

Supercells form thanks to updrafts of warm and moist air which rises and condenses as well as strong downdrafts.

Warm, most air pushes upward and is rotated by strong winds.

There are three simplified thunderstorm types: the single-cell, the multicell and the supercell.

Of these, the multicell is the most common.

A supercell thunderstorm is a special storm type which maintains an intense steady-state for many hours. 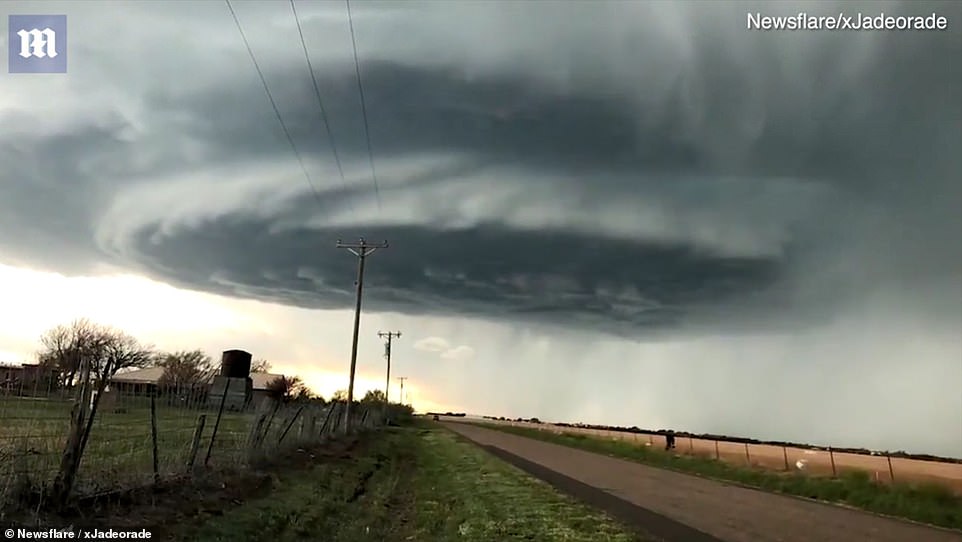 Supercell storms are thunderstorms that are the least common, yet are potentially the most violent 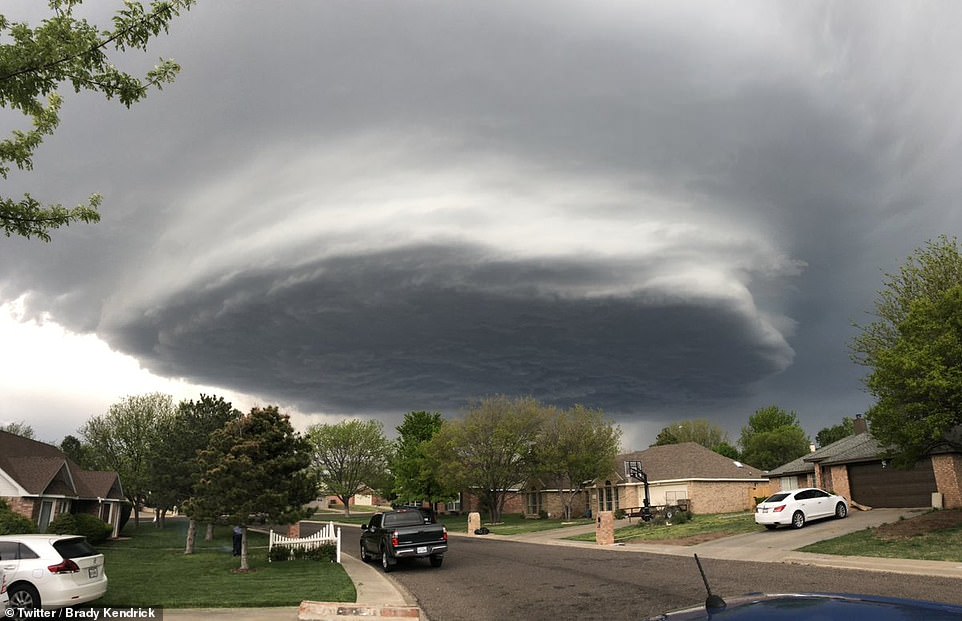 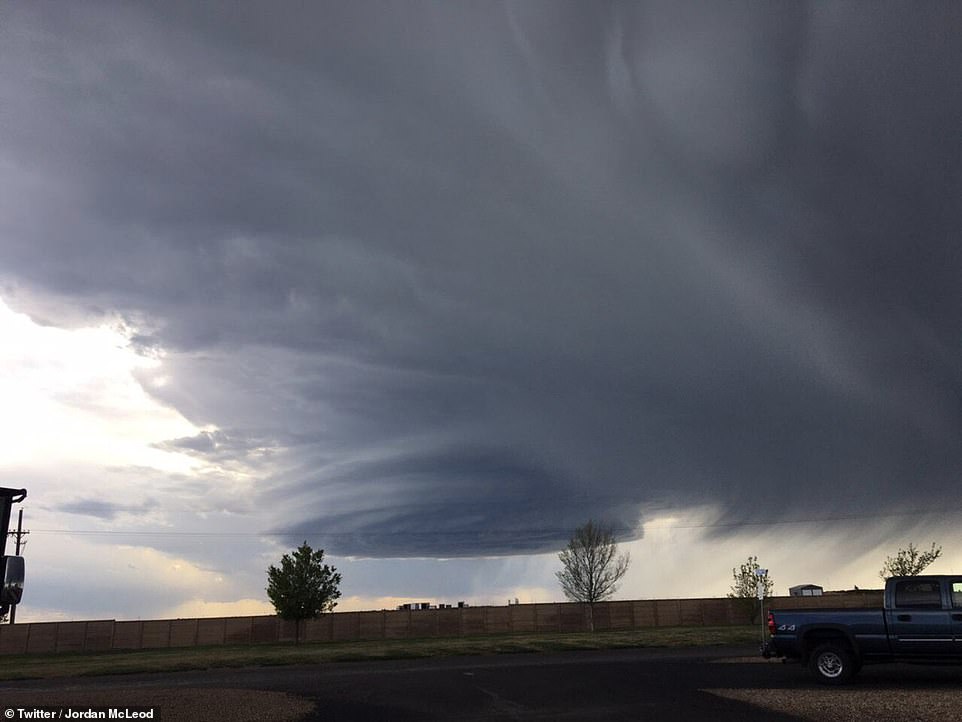 They are a fascinating but dangerous cloud complex.

Known as the ‘mother of tornadoes’, a mesocyclone can be up to six miles wide and can produce as many as 60 tornadoes.

The wind coming into the storm starts to swirl and forms a funnel.

The air in the funnel spins faster and faster and creates a very low pressure area which sucks more air – and objects – into it.

If the cyclone runs out of wet, warm surface air, it dies out.

If it does not run out of this fuel, however, the rotating cloud stretches toward the ground and may become a giant tornado.