An epileptic man was asked to recite sacred verses of a Hindu prayer while surgeons operated to remove a brain tumour.

Hulasmal Jangir, from Bikaner, India, had been refused brain surgery at other hospitals because of the dangers of speech-loss or paralysis, local reports state.

But doctors at Narayana Multispeciality Hospital, Jaipur, said they could operate on the 30-year-old and ensure his speech was unaffected, if he remained awake.

Mr Jangir underwent the operation, which proved successful, while he was conscious and reciting a the prayer.

Doctors at Narayana Multispeciality Hospital, Jaipur, said they could operate on Hulasmal Jangir to remove his brain tumour and ensure his speech was unaffected if he remained awake 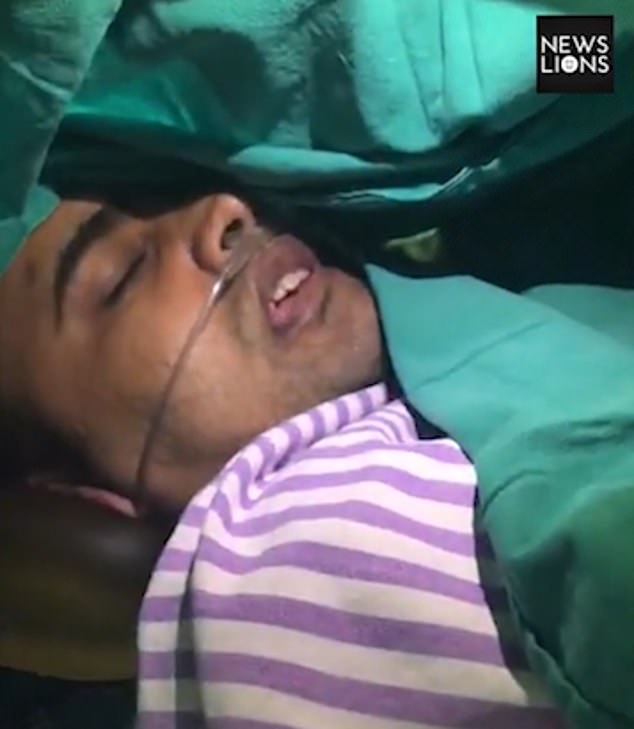 Mr Hulasmal, 30, was awake throughout the surgery and recited the Hanuman Chalisa, a traditional Hindu hymn addressed to Lord Hanuman, which has 40 verses 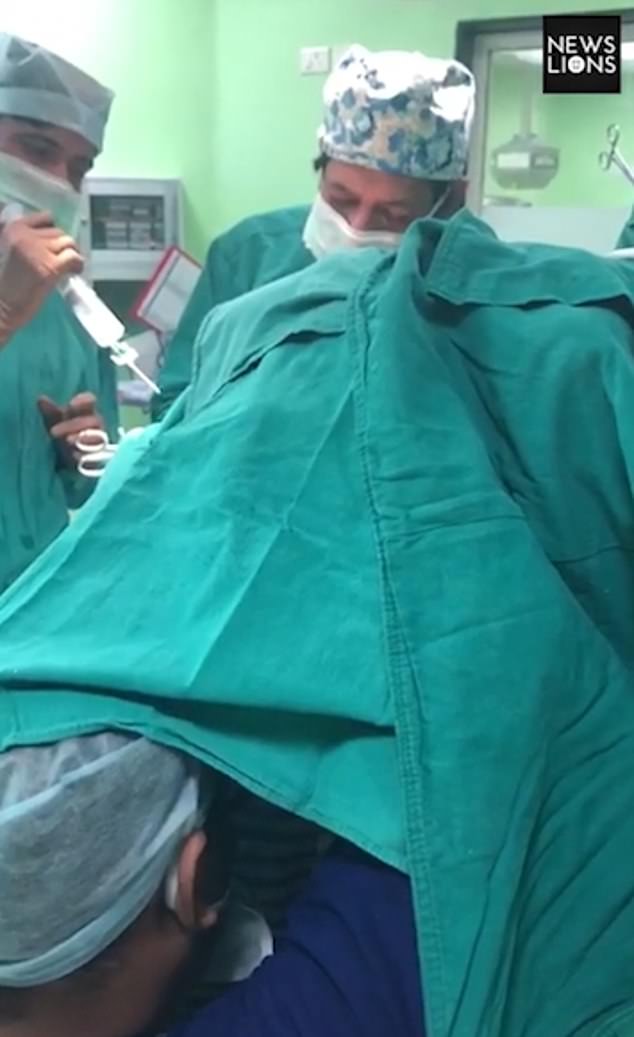 It’s one of the first few successful reported cases of the unique procedure, called an awake craniotomy or ‘awake brain surgery’ in the state of Rajasthan.

The computer accountant had been suffering from repeated seizures over the course of three months.

Biopsy results confirmed he had a brain tumour, diagnosed as grade two, which grows more slowly.

Neurosurgeons at Narayana Multispeciality Hospital in Jaipur, over 212miles (342km) away, were willing to help Mr Jangir with a certain type of surgery unavailable at the hospitals he had already visited.

They were able to offer an awake craniotomy or ‘awake brain surgery’, which would save his speech.

He was awake throughout the surgery and recited the Hanuman Chalisa, a traditional Hindu hymn addressed to Lord Hanuman, which has 40 verses and is recited to seek courage and blessings.

It’s one of the first few successful reported cases of the unique procedure in the state of Rajasthan.

Awake brain surgeries are used by select neurosurgeons across the globe to remove tumours that are located close to areas that control vision, speech and body movements.

In Mr Hulasmal’s case, the tumour was in that area of the brain which controls speech, and even a slight error while performing the surgery could have led to speech impairment for life.

The three hour surgery involved the use of a high-end operating microscope which can magnify the brain area, and special dyes which were injected to mark the tumour.

‘Monitoring response in conventional brain surgery is not possible, as the patient is sedated,’ said Dr KK Bansal, senior consultant, whose first name is unknown.

‘In awake brain surgery, the patient’s response can be continuously monitored, which helps the surgeon ascertain the exact spot without damaging other areas of the brain.

‘In the patient’s case, he was continuously asked to read, sing or recite the Hanuman Chalisa.

‘His responses helped us perform the surgery safely and successfully as whenever we would touch a wrong spot, his speech would get illegible.’

Such surgeries can be performed at very few centres across India because of a lack of specialists.

‘We are happy that we could discharge the patient within 72 hours and he can now lead a normal life,’ said Karthik Ramakrishnan, facility director at the hospital.