India ARRIVES as a footballing nation FIFA U-17 World Cup

Preparations moved at full speed as the country braced for the FIFA U-17 World Cup at the start of October.

India did not want to disappoint, and work commenced at such a dedicated level to ensure that the All India Football Federation (AIFF) put on an event that would leave a lasting impression on football fans around the world.

Three weeks on, the dream of an elite global football tournament hosted in India has become a reality.

With just two games left, the final and third place clashes, this edition of the Junior World Cup will be the best attended in all 17 editions held since 1985 in China.

The tournament crossed the 1 million mark during the last round of 16 fixture on October 18 and the spectators at the stadiums currently stand at 12,24,027.

The attendance for Wednesday’s semi-final between England and Brazil stood at a 63,881 – a staggering achievement considering the attendance for the most recent England senior game at Wembley was a mere 55,990, the stadium’s lowest since it opened.

And with the kind of reception the Junior World Cup has earned in the City of Joy, fans in India will surely break the record of 12,30,976 spectators, set by the inaugural tournament, in grand fashion. 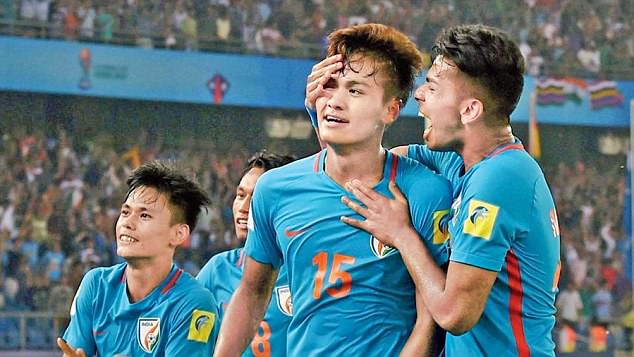 ‘The kind of reception we received in all the six venues has been fantastic and it was also interesting to see girls and family coming in flocks to watch the match in the stadium,’ expressed Praful Patel, AIFF president, on Thursday.

Echoing his words was Jamie Yarza, FIFA head of tournaments. FIFA has received a positive feedback to their interest in developing football in the country and Yarza was walking on air when he described his satisfaction with the overall organisation of the event.

‘It has been three weeks since we started this journey and what  has been achieved so far is a reflection of capabilities of the Indian people. It has been a fantastic ride for us and the overwhelming response we received is worth applauding.

‘It was amazing to see fans filling the stadiums and cheering all teams and not just Brazil, who have been huge favourites in this part of the country. Let me tell you,  the countries that exited the tournament were more sad about leaving India than getting knocked out of the competition.

‘I would also like to congratulate the Indian team that played in the tournament. They give hope for a better future in football for the country,’ he said. 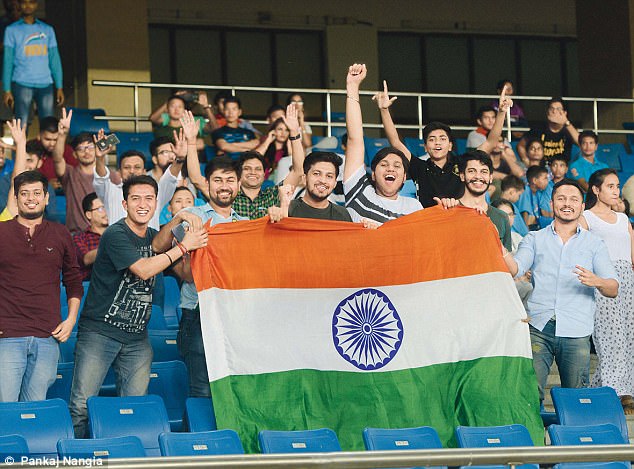 Fans go man for the boys in blue. Indian supportes during the FIFA U-17 World Cup 2017 group stage match between India and Ghana

‘We have invested heavily in organising this tournament and we need to continue the success we achieved so far. I also spoke to the FIFA president (Gianni Infantino) about how the AIFF and the government want to take this forward and develop grassroots programs.

‘We want to spread our grassroots programs all over the country and not just restrict it to a few states.

‘During this World Cup, we also saw a state governments come forward to show their support and a sense of building infrastructure has also prevailed among them.

‘We will provide the best facilities and want to continue this U-17 team that played in the World Cup as one unit to build a team for the future,’ he added.