India has lifted an export ban on two dozen drugs and their ingredients including potential coronavirus treatment hydroxychloroquine after Donald Trump threatened ‘retaliation’ if the country held up supplies.

The government had banned the export of 24 drugs last month as the country went into lockdown to ensure domestic supplies.

Foreign ministry spokesman Anurag Srivastava said Tuesday that India now has sufficient supplies for its needs, so export restrictions ‘have been largely lifted.’ 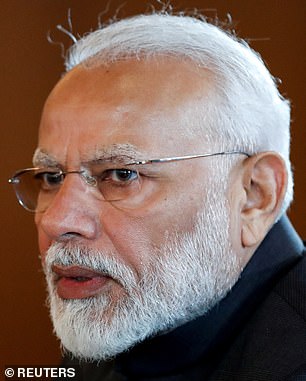 The White House has been championing hydroxychloroquine as a treatment for COVID-19, even though it hasn’t been proven effective against the disease.

The drug is officially approved in the U.S. for treating malaria, rheumatoid arthritis and lupus, and experts warn it can cause heart rhythm problems.

Trump has said that he spoke to Indian Prime Minister Narendra Modi last week about lifting the ban, and in a news conference Monday said that he would be surprised if Modi didn’t comply.

‘I don’t like that decision, I didn’t hear that that was his decision,’ he said.

‘I know that he stopped it for other countries. I spoke to him yesterday, we had a very good talk and we’ll see whether or not that’s his…

‘For many years, they’ve been taken advantage of the United States on trade. So I would be surprised if that were his decision. He’d have to tell me that. 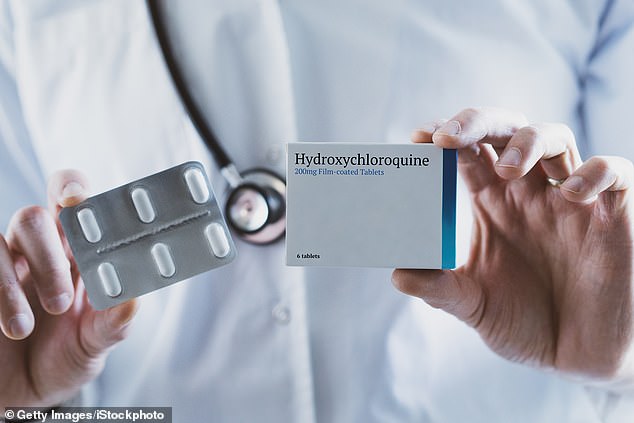 Hydroxychloroquine, typically used to treat malaria, is thought to be effective against certain viruses because it blocks them from replicating and dampens harmful immune responses

‘I spoke to him Sunday morning, called him, and I said, we’d appreciate you allowing our supply to come out. If he doesn’t allow it to come out. That would be OK. But of course, there may be retaliation. Why wouldn’t there be?’

According to Bloomberg, India – the world’s largest manufacturer of generic drugs – accounts for roughly 47 per cent of America’s supply of hydroxychloroquine.

The country has recommended that healthcare workers take the drug, which is typically used to treat malaria, as a preventative measure against coronavirus.

Governments in Europe, South Korea and China have also recommended the drug as a possible treatment alongside other drugs.

India had restricted the exports of 26 ingredients and medicines on March 3, the New York Times reported.

Export restrictions have now been lifted on 24 of those drugs, with the exception of paracetamol and its formulations. 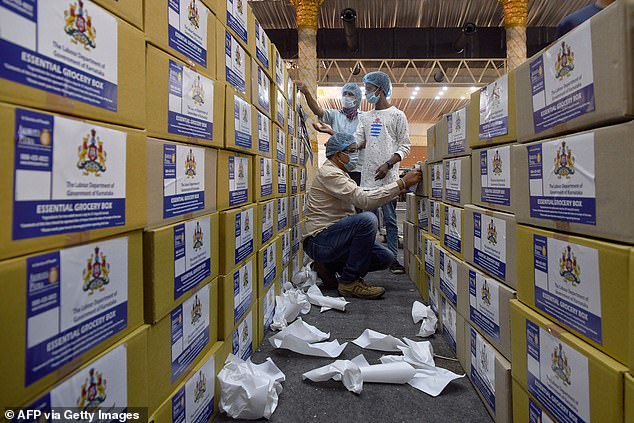 India banned the export of 26 drugs and their ingredients on March 3 as the coronavirus crisis escalated, but has now lifted restrictions on 24 of them after ensuring it has enough supplies

The drug is a common painkiller which has been in short supply in countries affected by coronavirus after a warning was given about another common painkiller – ibuprofen – amid fears it could make symptoms worse.

In a matter of weeks, the decades-old anti-malaria drug that President Donald Trump has persistently promoted as a potential weapon against COVID-19 has become a standard of care in areas of the United States hit hard by the pandemic.

However, with much still to be learned about coronavirus and how the virus affects the boy, doctors prescribing it have little to no idea about whether it works.

Scientists have detailed biochemical properties of chloroquine that indicate it could be used against some viral infections, as it blocks some viruses from replicating.

It can also suppress production and release of proteins involved in inflammatory complications of several viral diseases.