Indian boy, six, falls into 200 ft well when playing and is rescued after 16-hour operation

Boy, six, who fell into a 200ft well while playing with friends in India is rescued after 16-hour operation

A six-year-old boy who fell into a 200ft well was rescued after a 16-hour operation in India.

The incident happened yesterday in Ambegaon, a town east of Mumbai.

The young boy named Ravi Pandit Bhil fell into the deep borehole while he was playing with friends.

His father works at the site in road construction and Ravi was playing while he was busy.

Fortunately Ravi got stuck only ten feet deep but it still required a monumental effort to free him.

The National Disaster Relief Force (NDRF) dug a pit beside the well to reach Ravi and he was supplied with oxygen. 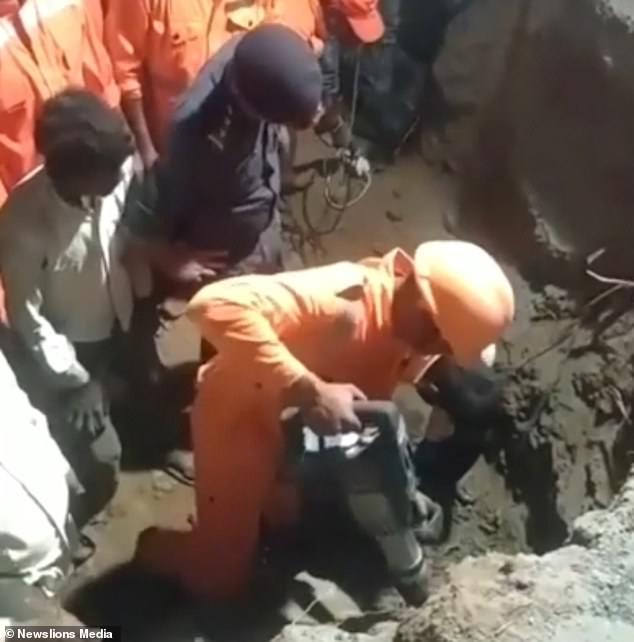 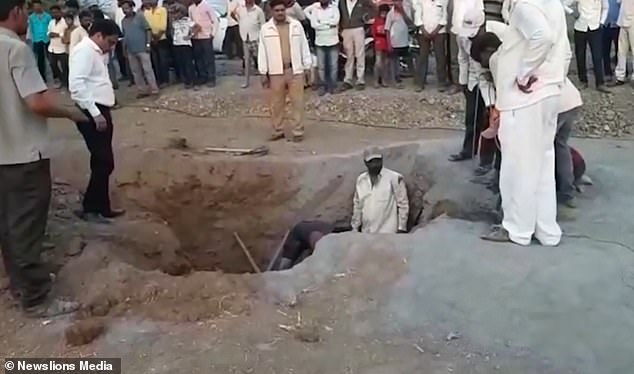 It is the latest in a number of recent incidents in which children have fallen down deep wells in India. An 18-month-old boy died after he was unable to be rescued in October 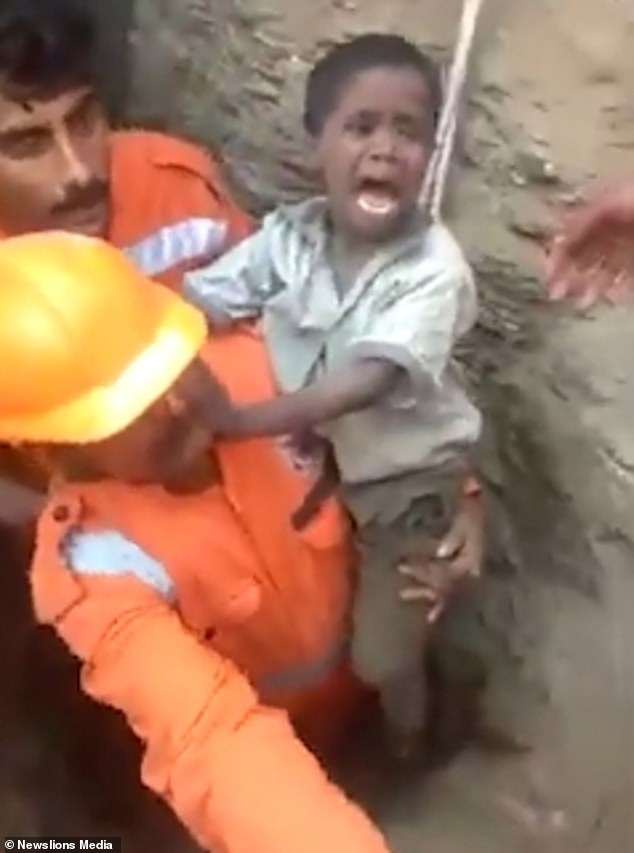 After a long wait, Ravi was eventually rescued and he let out anguished cries as he came to the surface

They worked through the night with police to reach the boy.

The crying boy was finally lifted to safety by the NDRF team after working tirelessly for 16 hours.

Similar accidents have been happened in recent months across India.

Successful rescue efforts have been reported in the states of Tamil Nadu, Bihar and Madhya Pradesh.

But in one incident in Gujarat in October, an 18-month-old boy was unable to be rescued and he died inside the well.