The Indian ‘Delta’ coronavirus variant is continuing to spread across the country and turning states into infection hotspots.

Missouri has been seeing an alarming rise in COVID-19 cases, especially in the southwestern and northern counties.

The mutant strain already makes up more than half of all new infections in the state, health officials say.

Couple that with the resistance of many people to get vaccinated, and it’s clear to see why Missouri has had a 25 percent increase in the seven-day rolling average of cases from 504 to 632 over the last two weeks, according to a DailyMail.com analysis of Johns Hopkins data.

Meanwhile, in Colorado, health officials say the prevalence of the Delta variant is continuing to escalate, making up 40 percent of daily new cases, and will soon become the dominant strain.

The Indian ‘Delta’ variant makes up more than 20% of all new COVID-19 cases in the U.S. and is turning some states into new hotspots 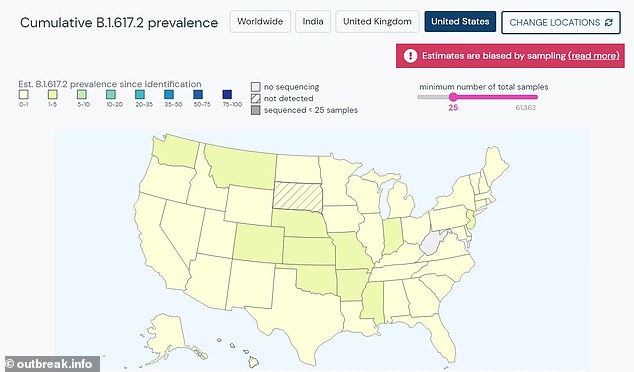 Its transmissibility has been clear as it wreaks havoc in the UK.

On Tuesday, the UK recorded 11,625 new cases of COVID-19, which is the most reported since mid-February.

This is a 450 percent increase from 2,000 case recorded in late April, when the Delta variant first took hold.

Additionally, deaths have nearly tripled in the last week, with 27 COVID-related fatalities recorded on Tuesday compared to 10 last Thursday.

On Tuesday, Dr Anthony Fauci, the nation’s top infectious disease expert, said during a White House COVID-19 Response Team press briefing that the variant is also rapidly in the U.S., currently accounts for 20.6 percent of infections.

In Missouri, the spread of the variant had led to the state having the highest rate of new COVID-19 infections.

Missouri has seen a 25% increase in the seven-day average of COVID cases over the last two weeks, and hospitals in Springfield have seen a 20% rise in patients 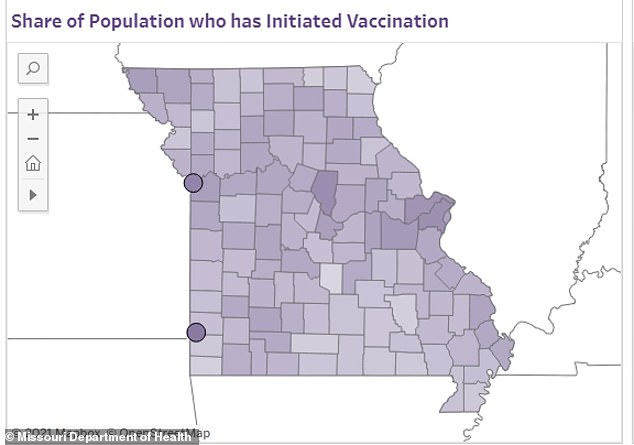 The surge is mostly due to the southwest corner of the state, where Springfield and Branson – a city famous for its live entertainment – are located.

According to the Centers for Disease Control and Prevention (CDC), 53.7 percent of all Americans have received at least one dose of the COVID-19 vaccine.

However, the percentage in most southern and northern Missouri counties is well below the national average, according to an Associated Press analysis.

Most counties have seen fewer than 40 percent of residents receive at least one dose, and one county is as low as 13 percent.

‘The Delta variant started in Branson. From there it spread to the rural areas of the state,’ Dr Marc Johnson, professor of molecular biology and immunology at the University of Missouri School of Medicine told the Columbia Daily Tribune.

‘We observe that [the Delta variant] spreads faster. It literally took three weeks to sweep the state.’ 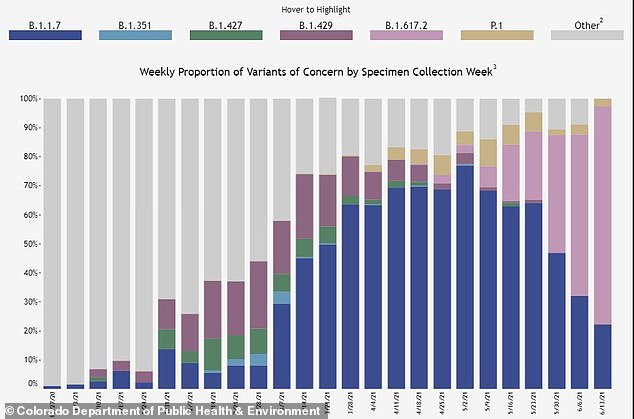 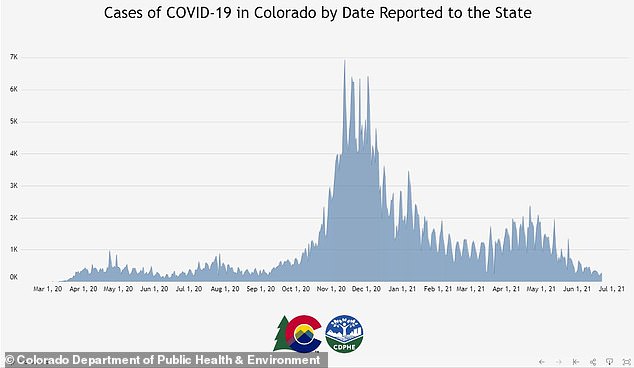 In Colorado, state health officials estimate that 40% of all cases are linked to the Delta variant, which is causing a rise in infections in rural counties

Meanwhile, in Colorado, state health officials estimate that 40 percent of all cases in the state are linked to the Delta variant – second only to Missouri.

State health department data show the variant was present in 75 percent of samples tested the week ending on June 13.

That’s up from 19.51 percent of samples containing the variant just one month earlier, the week ending on May 16.

State epidemiologist Dr Rachel Herlihy told the Denver Post that while overall cases are going down in the state, some rural counties are seeing an upward shift.

‘What we’re seeing now is a mix of promising trends, but also new challenges,’ she told the newspaper.

Herlihy is encouraging all residents to get vaccinated as soon as possible and for all residents who have at least one dose to get a second dose.

‘We know that unvaccinated individuals are more vulnerable than before,’ she told the Post. 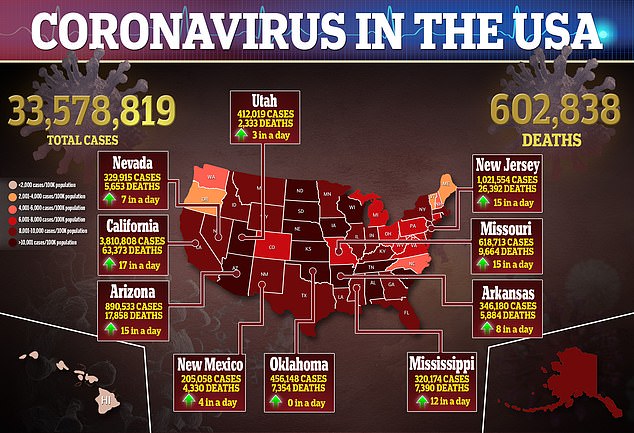