Australian scientists have discovered a new species of fish who have faces that are  permanently frozen in a frown.

Researchers found two new species of snailfish after a $100,000 monitoring device was attached to a yabby trap and sent 6.5 kilometres underwater.

The team from the Minderoo University of Western Australia Deep Sea Research Centre had been on an expedition exploring the bottom of the Indian Ocean.

Instead of scales, the peculiar looking fish has a body made of a translucent gel and has a face permanently frozen with a frown.

The unnamed snailfish with a dark-coloured head (pictured in the foreground surrounded by cusk-eels) was found 6,500 metres below the surface of the Indian Ocean 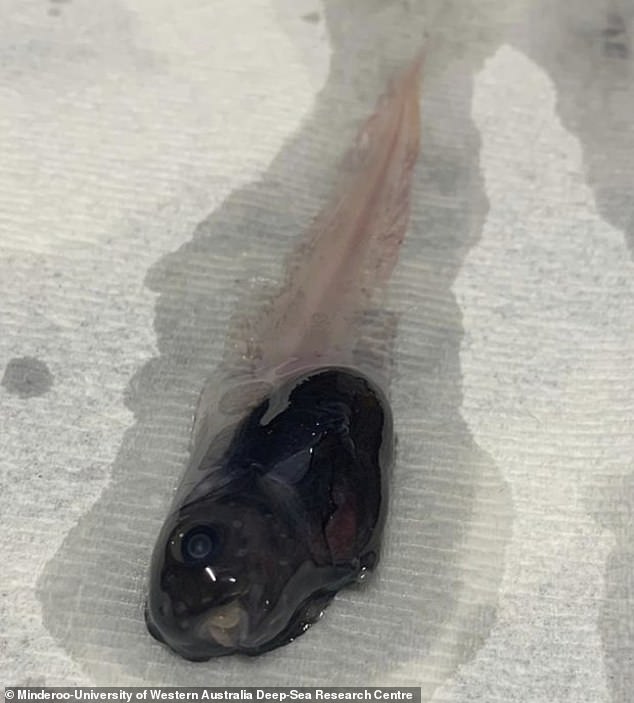 Founding director Alan Jamieson said the new species of snailfish (pictured) had begun to melt minutes after it was hauled 6,500 metres from the sea floor

Founding director Alan Jamieson told The Sydney Morning Herald the snailfish had begun to melt minutes after it was hauled 6,500 metres from the sea floor.

‘While the fish are in the trap they are basically being cooked because they haven’t ever been to 25 degrees in the last 10 million years,’ he said.

‘Once they come on board you have probably less than 20 minutes to preserve it. You can’t put it on the desk and photograph it for ages because it literally starts to fall apart in front of your very eyes because of the temperature.’

The snailfish was found living in the darkness more than 6,500 metres below the surface where temperatures reach just two degrees.

Deep sea landers – metal frames carrying recording equipment – were extended off the side of the Pangea Ocean Explorer, a boat owned by billionaire philanthropist Andrew Forrest in order to locate the fish.

It took researchers two-and-a-half hours to land the equipment on the sea floor, where multiple tests were done to test the waters oxygen and salinity levels. 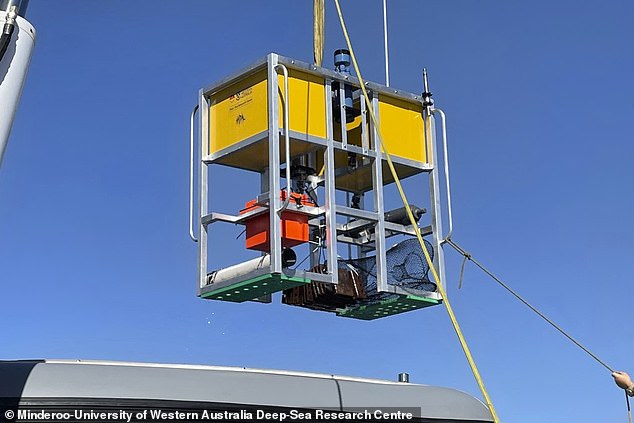 It took researchers two-and-a-half hours to land the yabby trap (pictured) on the sea floor, where multiple tests were done to test oxygen and salinity levels 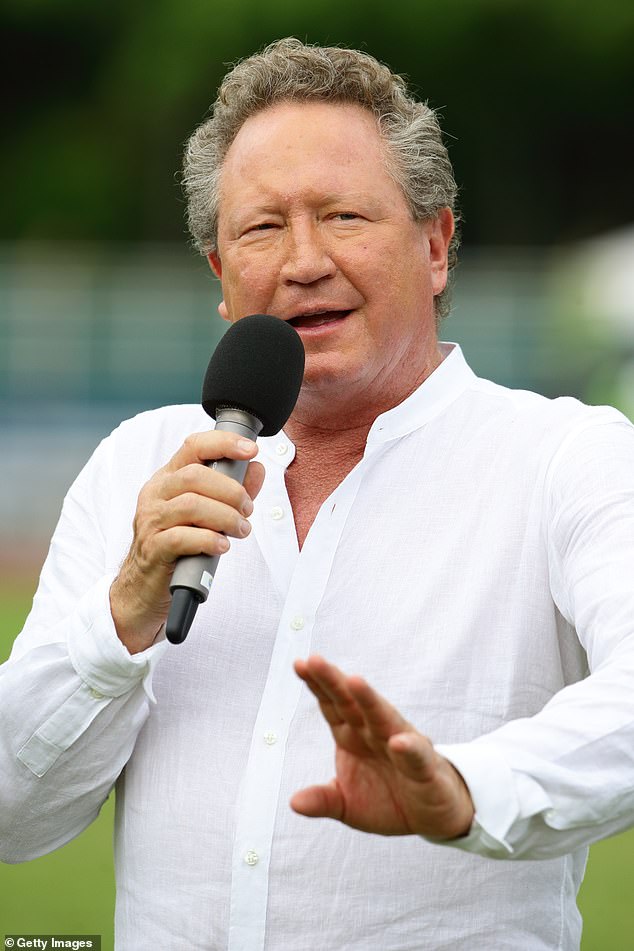 Deep sea landers – metal frames carrying recording equipment – were extended off the side of the Pangea Ocean Explorer, a boat owned by billionaire Andrew Forrest (pictured)

It could take another two years for the two new species to be scientifically described, as researchers ramp-up efforts to explore Australia’s oceans.

Advancements in technology has allowed teams of marine scientists to collect data more efficiently and explore even further beneath the surface.

In September 2018, scientists discovered a new species of snailfish almost 8,000 metres beneath the surface of the Pacific Ocean, off the coast of Peru.

The University of Western Australia and the Minderoo Foundation have collaborated to explore depths of up to 11 kilometres below the Indian Ocean.

The area, known as the hadal zone, is home to a litany of bizarre-looking deep-sea creatures as well as other species of snailfish.

The Indian Ocean has an average depth of about four kilometres and is thought to be the least understood of the world’s oceans.

WHAT IS A SNAILFISH?

The snailfish is a translucent, scaleless fish between 10 and 25cm long.

The fish cluster together in groups and feed on tiny crustaceans and shrimp using suction from their mouths to gulp prey.

The fish can withstand pressure comparable to an elephant standing on a human thumb and can survive in temperatures of two degrees.

Once brought to the surface the fish begins to melt due to being unused to the temperatures above the surface.

They are found in the pitch-black ‘hadal zone’ meaning any location 6,000 metres below the ocean’s surface.

The snailfish can sometimes be pink, blue or purple in colour.