Lina Thakrar, 52, and Praful Thakrar, 55, (pictured above) both deny the forced labour of the Indian student

A student claimed she was made to work 15-hour shifts at Tube station cafe after the manager copied her passport and threatened to report her to the authorities.

Lina Thakrar, 52, and Praful Thakrar, 55, are said to have made the woman work for just £3.50 an hour in the Espresso cafe on the Jubilee Line concourse at Stratford Station.

Blackfriars Crown Court heard that the dire working conditions and the Indian student’s situation were only discovered when police officers spotted the woman behind the counter of the café, barefoot in freezing conditions.

Mr Thakrar owned the cafe, however it was his wife Lina who managed the woman, who she met in Otcober 2013 through a friend at a temple they both worshipped at in Upton Park.

The woman had first come to the UK in 2012 to study a master’s degree and asked to ‘shadow’ Mrs Thakrar in order to improve her English.

It was then that Mrs Thakrar is said to have asked for the woman’s passport in order to take a copy.

The woman said: ‘She asked for my passport for safety, because it was a safety thing.

‘I gave my passport copy and she took it and must have it even now. She lies and she takes everybody’s passport copy and keeps them and when you try to run away they threaten you that they will tell the immigration, she is a sweet talker.’ 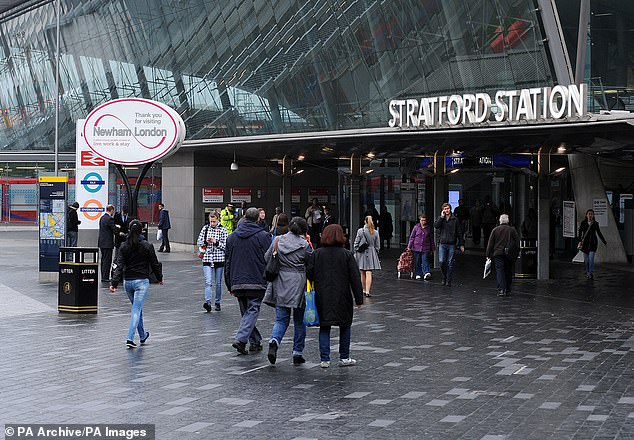 Claire Robinson, defending, suggested the woman had been working illegally as a carer and was trying to earn more money to pay for her rent, visa application and college application.

The student said her father and her cousin’s friend had both given her money and she was not concerned about money when she first met the couple.

She said: ‘I was excited because I was going to go to college, I had a dream and I was really happy, it was nothing to do with money.’

She denied telling Mrs Thakrar she needed to earn £280 a week to pay for her expenses or previously earning just £2 an hour as a carer covering another person’s shifts.

Julian Winship, prosecuting, has said the student agreed to work for two to three hours a day for free at the Espresso Cafe so she could practice her English with customers in October 2013. 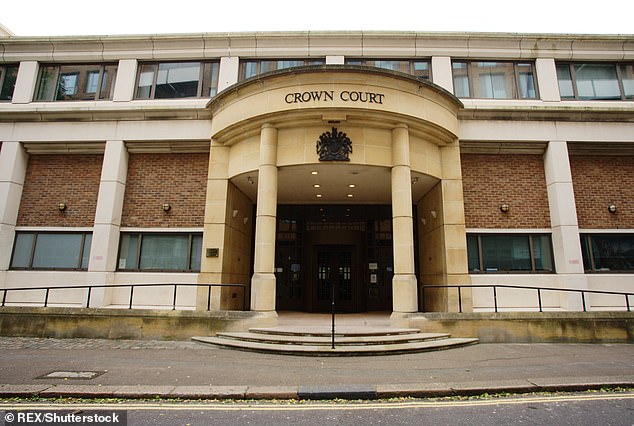 After two weeks Mrs Thakrar allegedly suggested she work every day from 10am until 1am for £3.50 an hour.

She was told that she would only be given two timed toilet breaks during each 15 hour shift and if she asked to go more than that she would be told to stop drinking water.

He said that she took meals while standing at the cafe and the cost of the food was deducted from her wages.

Due to working long hours the student lost contact with her college and her visa became compromised.

He said the couple held the woman’s immigration status over her to make her continue working in the cafe.

Mr Winship said the couple set up CCTV in the cafe with a link to the couple’s home to keep watch on her.

But the alarm was raised when a police officer saw she was standing at the till barefoot in freezing conditions with only a piece of cardboard between her feet and the floor.

Mr Winship told the court: ‘The police acted upon the information and arrested the defendants on 11 August 2017.

‘Lina Thakrar chose to answer each of the questions that she was asked, ‘no comment’.

‘Praful Thakrar gave the police a pre-prepared statement before then going on to answer each of the questions ‘no comment’.

‘In that statement he said that he did not recall Ms Patel working for him and that, by reason of the time that had passed, he did not know who she was.’