A brother and sister were both killed when a fire engulfed their apartment.

Khristopher Gober, four, and his little sister Kailani, two, died when the blaze started on the fourth floor of their building in Gary, Indiana, and spread quickly.

The flames prompted a boy, eight, to jump to safety from a fourth floor window into a blanket.

The siblings suffered smoke inhalation and minor burns, Fire Department Chief of Operations Mark Jones told the Northwest Indiana Times, and were rushed to the hospital in critical condition.

Their precise cause of death has yet to be released.

‘We were crying and thanking God,’ a neighbor told the paper, with another bystander calling the child’s survival a ‘miracle.’

He was examined by medics at the scene and was not injured by the flames or the jump.

Neighbors also managed to rescue several others, and firefighters pulled the two children who died from the burning fourth floor, Jones told the paper. 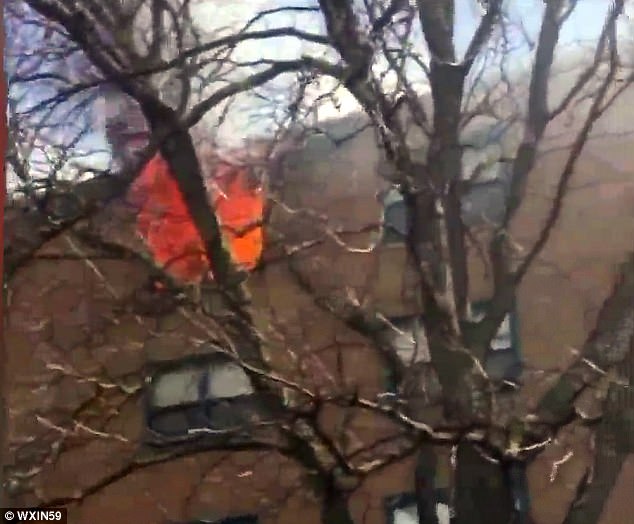 The two children killed were a brother and sister pair, four-year-old Khristopher and two-year-old Kailani Gober after a fire started in the fourth floor of an apartment building in Gary, Indiana 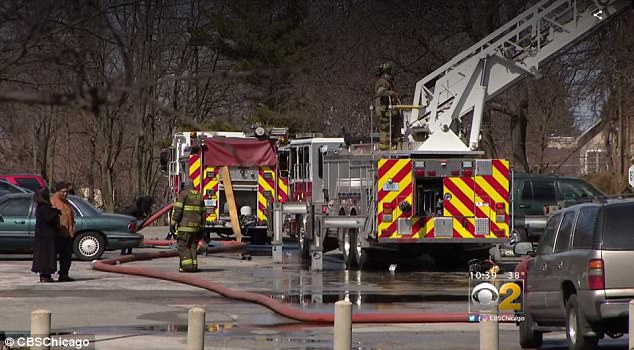 They suffered smoke inhalation and minor burns, Fire Department Chief of Operations Mark Jones told the Northwest Indiana Times , and were rushed to the hospital in critical condition Seka Ann McClelland, who lives in a neighboring building, said she saw a child screaming and crying in a window on the fourth floor and immediately sprinted into the building.

But by the time she got to the fourth  floor she said there was so much smoke she could not breathe and was forced to head back out.

‘The smoke was so heavy and thick you couldn’t get in, so I ran out and yelled to get a blanket,’ she explained.

She said the eight-year-old was screaming and crying, scared to jump.

‘We were telling him to jump, that we’d catch him,’ she told the times. 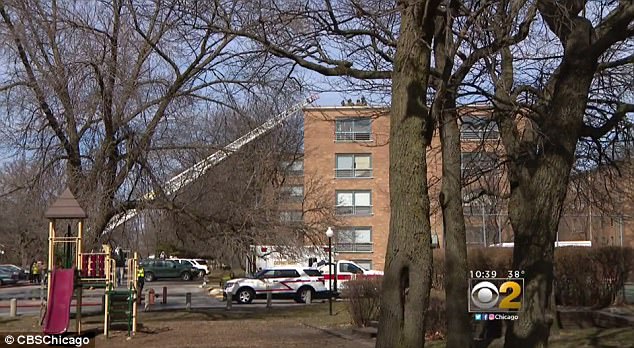 When he finally gathered the courage to jump bystanders screamed and gasped in horror then let out a collective sigh or relief when he landed flat on his back, safe.

Jones told the paper it had heavy fire, smoke and water damage, which includes the holes firefighters cut into the roof to spray the fire with aerial trucks.

It’s possible that some residents in lower floors will never be able to return to their homes.

The cause is under investigation.