A woman has shared her horror online after being mailed an invoice for her half of a dinner date after she ‘ghosted’ the man because she felt they weren’t compatible.

Amanda Burnett, from Indiana, shared a photo of the invoice she received from the unnamed man on Twitter and Instagram, revealing an itemized list of everything she ate and drank during the meal, and the corresponding prices.

But while the 23-year-old seemed furious about receiving the bill, social media was split over who was actually in the wrong – with some insisting that she should indeed be forced to pay for her share if she didn’t feel that the relationship was worth pursuing and couldn’t take the time to tell him that.

Invoice: An Indiana woman has revealed she was sent an invoice for her half of a dinner date, after she stopped texting the man back 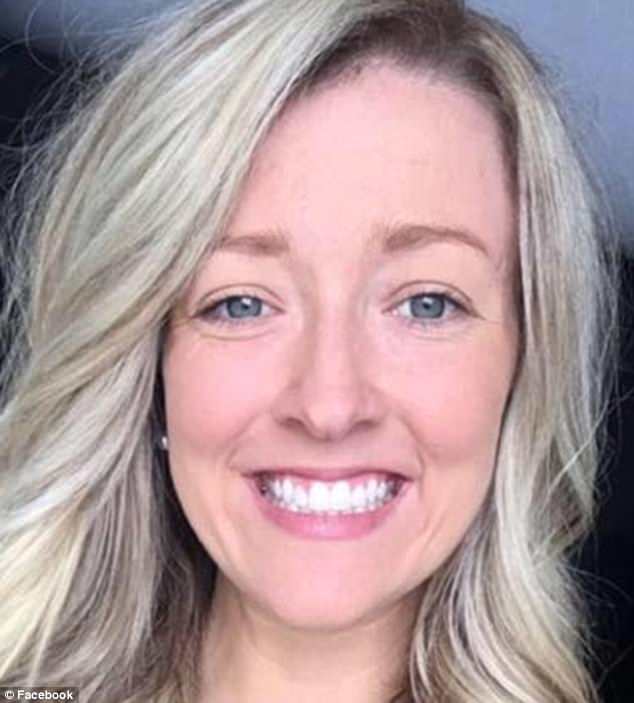 Date gone wrong: Amanda Burnett shared a photo of the invoice sent from the unnamed man, which included a detailed list of everything she ate and drank during the evening 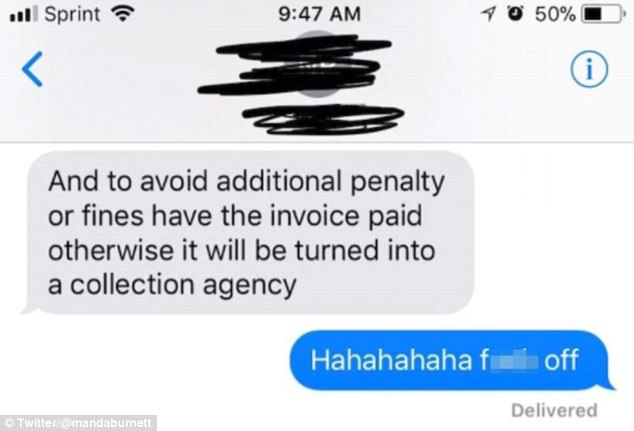 Follow up: After sending the invoice, her date also sent a text saying if he wasn’t paid back, she would be forced to pay a penalty, or even be referred to a collection agency 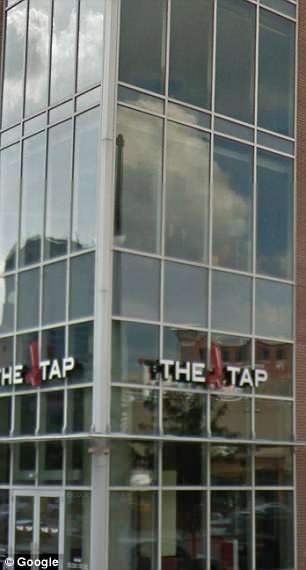 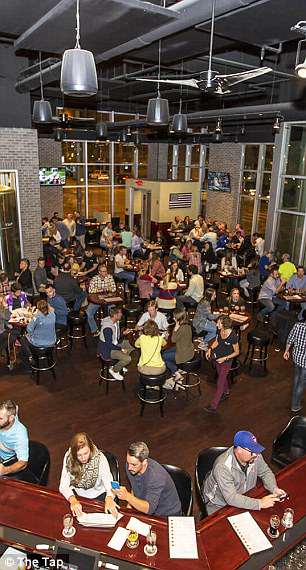 Restaurant: The couple ate at The Tap restaurant in Indiana (pictured) which is a brewery known for their beers and Amanda drank two drinks from there 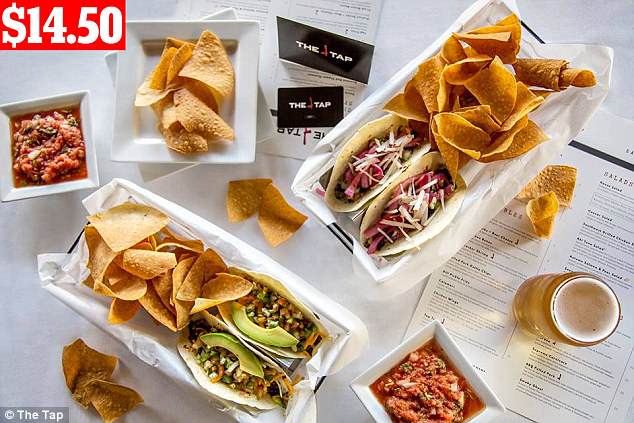 Meal: Amanda got charged $14.50 for Smoked Hickory Barbeque Pulled Pork Tacos which must have been the special that day as it’s not always on the menu (chicken tacos pictured) 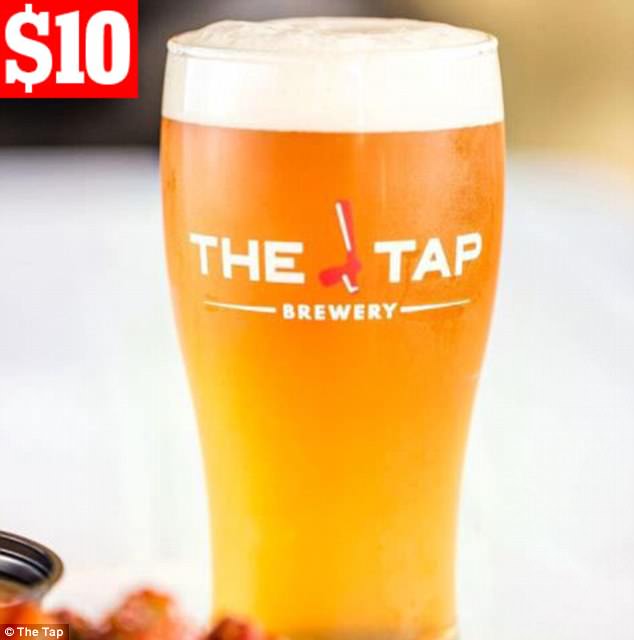 Drinks: The invoice also requests payment for a $10 beer which the restaurant is known for and it has over 400 beers on tap 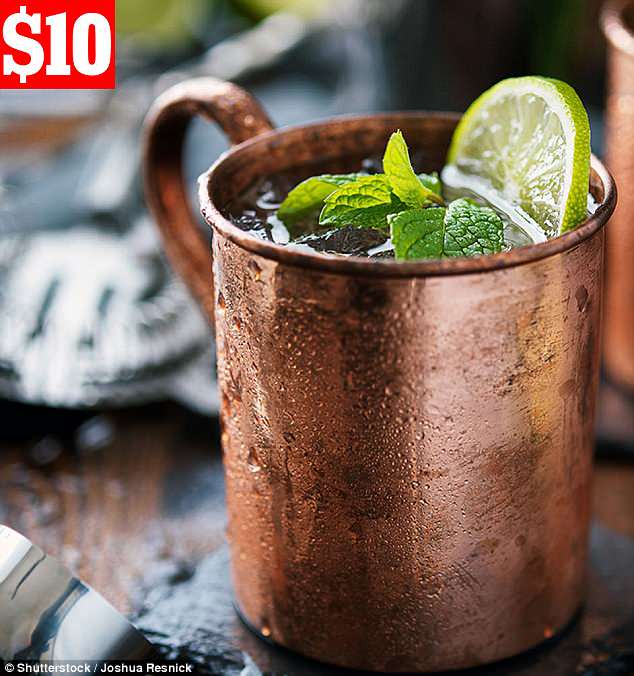 Cocktails: She also got charged $10 for a Moscow Mule she drank at the restaurant which has their own version – the Bramble Mule (photo pictured is not from The Tap; file photo used)

Posting a picture of the invoice on both her social media accounts, Amanda wrote: ‘A guy just mailed me a bill for our dinner a few weeks ago because I didn’t text him back… I can’t make this s**t up.’

The invoice shows that the duo had dinner at a brewery and restaurant called The Tap in Indianapolis, and then goes on to list everything that Amanda consumed that evening, with corresponding charges.

Who was in the right?

Under the redacted information about the sender, the invoice requests payment for: a $10 Moscow Mule, a $10 beer, and $14.50 for an order of Smoked Hickory Barbeque Pulled Pork Tacos.

Although Amanda ordered those tacos specifically, they are not on the restaurant’s official menu so they could have been a special that evening.

The Moscow Mule she was charged for is also not on the menu – instead the restaurant has its own drink – the Bramble Mule.

However the man did not stop there. After sending her the invoice, he then followed up on text in order to inform Amanda that she would be liable for penalty fees and fines should she choose not to pay the invoice, even threatening to escalate the matter to a ‘collection agency’ if she still refused to withhold the payment.

Sharing a screen grab of the text, she revealed that she simply responded: ‘Hahahahaha f**k off.’

Embarrassed: The actual restaurant that Amanda and her date went to retweeted the story of the invoice with these two emojis

Blame: Most people commented that they don’t think her date was wrong for sending her an invoice like this user who doesn’t think he’s to blame

Free meal: One user went so far to say that Amanda has no morals and was only in it for the free meal

Mediator: Someone else saw both sides of the story and commented that they were both in the wrong

Defense: One user defended Amanda and said she should send him an invoice for being a bad date

However while Amanda was clearly outraged by the incident, social media was left divided over the man’s rather bold actions, with some insisting that he was in fact in the right all along.

Indeed, the invoice sparked something of a furious debate on social media, with some blasting Amanda for her decision to ‘ghost’ her date without a reasonable explanation for why she didn’t feel their relationship would work out.

‘Amanda he’s obviously not looking to actually be paid, but you not having the decency to text “thanks but it’s not going to work out” is just dumb,’ one user commented.

One angry man tweeted: ‘Fellas if the date wasn’t right send the invoice and if she don’t pay it let that b***h go to collections.’

‘Can’t say I don’t blame him,’ another person wrote while someone else went so far to say: ‘Wow this woman has no morals and can’t afford to pay for her own meal. #LookingForFreeMeal.’

In one comment, a man was so impressed by the guy sending an invoice he gushed: ‘I am so proud of this guy he should send me a father’s day card.

‘The pettiness of even billing her for the postage stamp could only be surpassed by sending this to collections when she predictably doesn’t pay it.’

Hilarious: Other users thought the invoice was absolutely hilarious, especially the $1.99 processing fee

Funny: Another user thought the bill was such a funny idea and loved that he titled the invoice ’69’

Proud father: This guy said he’s so proud of the man for sending her a bill for everything she ate and drank 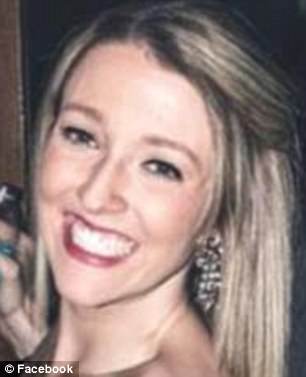 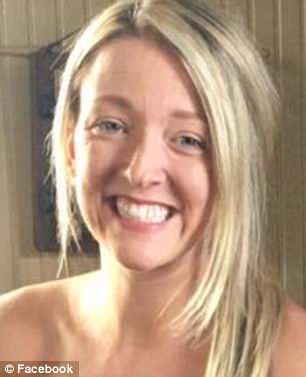 Annoyed: Amanda has since deleted the tweet and made her account private but argued: ‘As a woman you’re not obligated to give a man anything in exchange for a cheap dinner’

Another critic of Amanda commented, ‘If you don’t have the decency to text the guy back he’s in every right to make you pay for the meal. Only fair!’

‘So many girls just expect the guy to pay for everything,’ a very annoyed user commented.

Despite all of the comments from people taking the man’s defense, one mediator wrote: ‘It depends on how the date went.

‘He could have been a complete jerk for all we know, then again so could she. You don’t really know until you hear both sides.

‘That is the change you take in dating, so in a way they’re both wrong.’

There were not many supporters of Amanda, however one person did write: ‘Send him an invoice for the time you wasted on the date.’

Before she stepped away from the situation she had one thing to say to all of the haters: ‘Cracks me up how people instantly are like, “Well why didn’t YOU text him back? You just wanted a free meal?”‘

She then continued arguing: ‘YOU AS A WOMAN ARE NOT OBLIGATED TO GIVE A MAN ANYTHING IN EXCHANGE FOR A CHEAP DINNER.’