Femapalooza, India’s women-only comedy show, is a place where the punchlines range from breasts to bras and equal pay and censorship

Men are strictly banned at Femapalooza, a comedy show for Indian women where the punchlines range from breasts and bras to equal pay and censorship.

They are not allowed to attend, perform, or even check tickets at the most recent show at a New Delhi club.

For Femapalooza founder Jeeya Sethi, humour just for women is a way to make progress in deeply patriarchal India, where rape and gender bias are hot-button issues and women are widely expected to adhere to conservative stereotypes.

Femapalooza has organised more than 35 shows in different cities over the past three years, providing what Sethi calls a safe and friendly environment for women comics.

“Stand-up is all about being unabashed. When there are women around you can say anything at all and not be judged,” she said.

Rights activists have campaigned for years for greater access to public and performing spaces for women in India — and their safety, given the record of violence against women in the vast South Asian nation.

Some have emerged in recent years, with similar comedy events held in Mumbai and Bangalore.

Women-only shows such as “Leddis Night” by online magazine Ladies Finger and “Disgust Me” by stand-up comedian Sumukhi Suresh have been widely acclaimed. 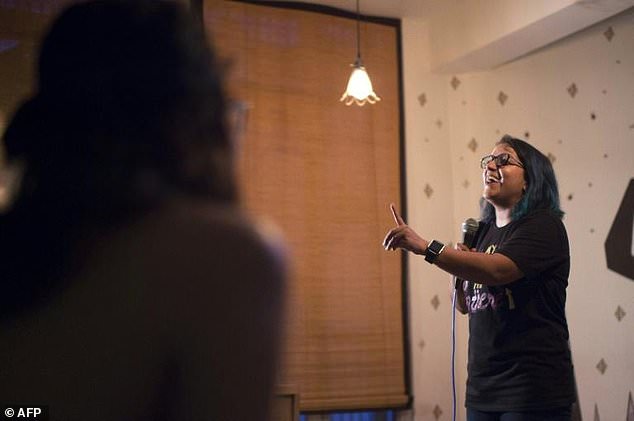 At Femapalooza’s New Delhi show, 13 comedians, aged between 17 and 37, tried out their jokes on an audience of around 30 women in an intimate, dimly lit room.

Some appeared nervous, but the crowd revelled in every woman-friendly gag.

Priya Elias vented her frustration with thongs. “Women don’t enjoy wearing thongs… I am pretty sure a man invented them,” the former lawyer joked.

She told AFP that her content is received much more warmly by all-women audiences.

“The energy in the room is different,” she said. “Women are always told they are not funny and that is not true at all.”

First-time performer Naomi Barton said she is more comfortable sharing her jokes with a women-only crowd, with no pressure to please men.

“When I talk about PMS (premenstrual syndrome) and how it affects my mental health, landing me in funny situations, a woman will get it,” said Barton, a digital publisher with a major firm.

As in many countries, public discussion of menstruation and sexuality is replete with euphemisms. 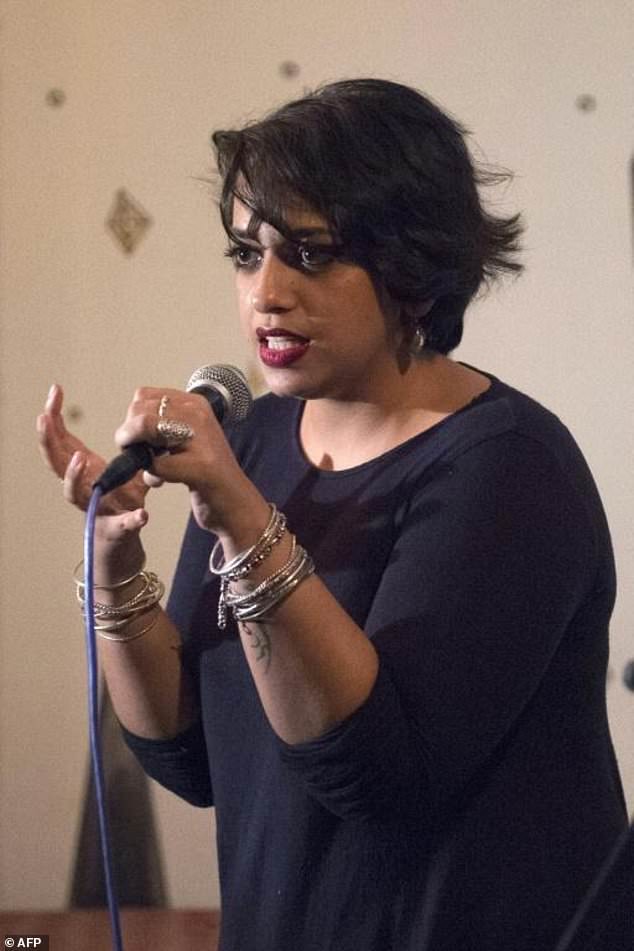 At the New Delhi show, Sethi asked some teenagers if they understood her joke about “the bedroom toy”.

As the teenagers blushed and smiled, she introduced the surprise act of the evening: Aditi Mittal, one of the handful of women to have made an impression in India’s male-dominated comedy scene.

Mittal has a special affection for women-only shows.

“Many men think women are doing stand-up comedy because they are so desperate for attention… Some even say ‘don’t you get enough attention from your boobs’,” quipped Mittal, the first Indian woman to get her own special on Netflix.

Comedy in India can be a boys’ club, acknowledged leading male stand-up Rohan Joshi, a member of the popular All India Bakchod sketch group.

“We live in a culture where for years women’s opinion has never been valued. This is at the heart of comedy,” said Joshi.

Platforms such as Femapalooza have helped bring more women onto the comedy circuit, but there have been objections about its format.

Male comics have complained about the women-only events, even calling them sexist, Sethi said.

In response, her company Comedy Ladder organised an event where both men and women performed.

The show introduced men as male comics on stage and women simply as comics, Sethi said, to show “how weird it sounds”.

Femapalooza’s audience has grown as word has spread. It does not always get a five-star rating, however.

“It was a novel concept but only a few interesting performances… there were many first-timers,” said Deepshikha Singh, a communications professional in the New Delhi audience.

As the evening drew to a close, fathers and husbands lined up outside the club to drive members of the audience back home, partly out of concerns for their safety — a stark reminder that for many women in India, life is often no laughing matter.