Indonesia will move its capital to island less prone to earthquakes

Indonesia will switch its capital from Jakarta to a city on its largest island, which is less prone to earthquakes and volcanic eruptions

Indonesian President Joko Widodo has taken the decision to move the capital from Jakarta to a yet-to-be chosen city less at risk from natural disasters.

Planning Minister Bambang Brodjonegoro announced the ‘important decision’ taken by ‘Jokowi’, as the president is known, on Monday April 29.

The location of the new capital is not yet decided, but Mr Bambang said the president was focusing on the east of the country which spreads across a vast archipelago. 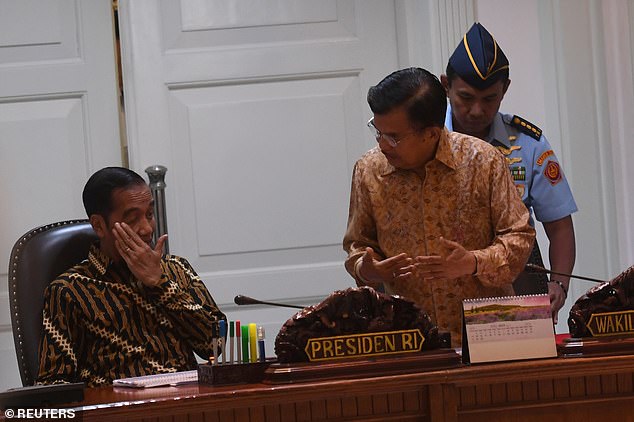 The plan chimes with Mr Widodo’s pledge ahead of the April 17 presidential election to bring more economic development to regions outside the island of Java, where Jakarta is located and where 60 per cent of the country’s population lives.

‘We want to think in a visionary way for the progress of this country and moving the capital requires thorough and detailed preparation,’ Mr Widodo reportedly told a cabinet meeting.

Jakarta is also at risk from volcanic eruptions, earthquakes and frequent flooding. 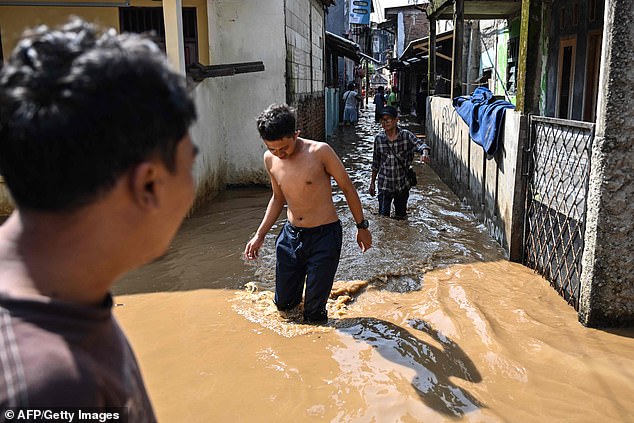 Residents walk through floodwaters in Jakarta on April 26, 2019 after several areas were affected by heavy rainfall

The move could take up to 10 years to complete, Mr Bambang said.

He added that the presidnet had asked the finance ministry to explore models for  financing the project that include private investment.

Earlier this year the state news agency Antara reported the city of Palangka Raya in the northern island of Borneo was among the contenders for the new capital. 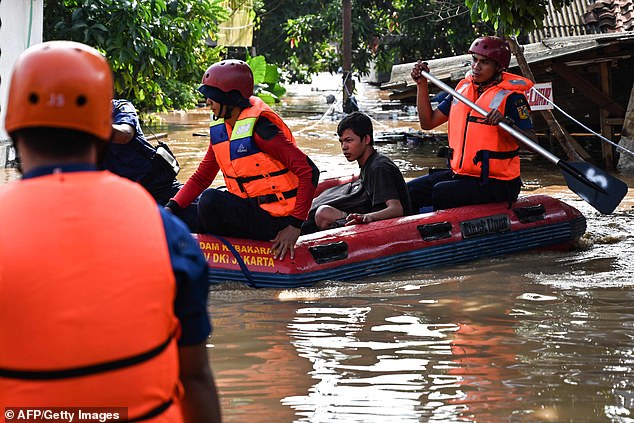 A rescue team evacuates a resident from a flooded neighborhood in Jakarta, on April 26, 2019

Jakarta is a mega-city with ten million inhabitants inside the official city limits and 30 million more in the greater metrpolitan area.

Mr Bambang said the annual cost to the economy from traffic congestion in the capital came to 100 trillion rupiah (£5.4 billion).

Moving the Indonesian the capital from Jarkarta has been mooted at least since the time of the country’s first president Sukarno, and even under Dutch colonial rule.