Anthonius Gunawan Agung, 21 sacrificed himself to save hundreds of lives on Friday

A young air traffic controller who remained behind in an earthquake to make sure a plane carrying hundreds of people took off safely has been hailed a hero.

Anthonius Gunawan Agung, 21, was working at Mutiara SIS Al-Jufrie Airport in Palu on the central Indonesian island of Sulawesi on Friday night, when a 7.5-magnitude earthquake struck.

The tremors left deep fissures in the runway just as Batik Air flight 6321 was preparing to take off with hundreds of people on-board. 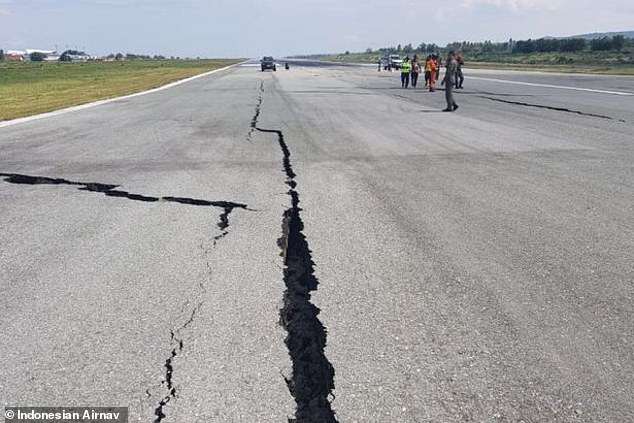 Two earthquakes hit the city of Palu on the central Indonesian island of Sulawesi on Friday, the second was a 7.5 magnitude and left deep cracks in the runway at Mutiara SIS Al-Jufrie Airport 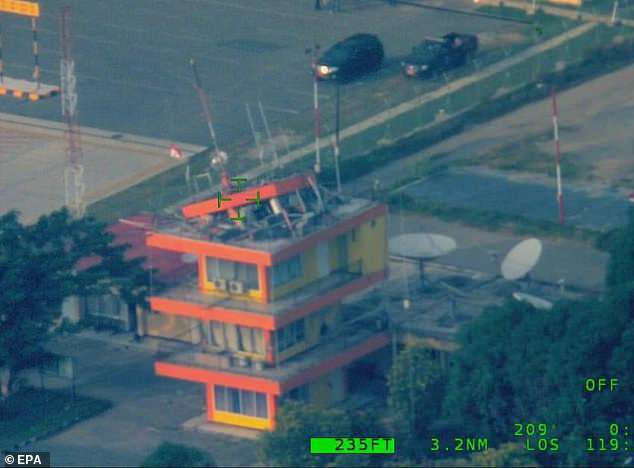 His colleagues ran for their lives when the control tower began to sway as the ground underneath it split.

Agung alone remained behind in the crumbling tower until he was certain he had done enough guide the pilots of the plane safely into the air.

His bravery could potentially have saved the lives of all the passengers and crew on board the plane, as the city was later devastated later by a tsunami caused by the earthquake. 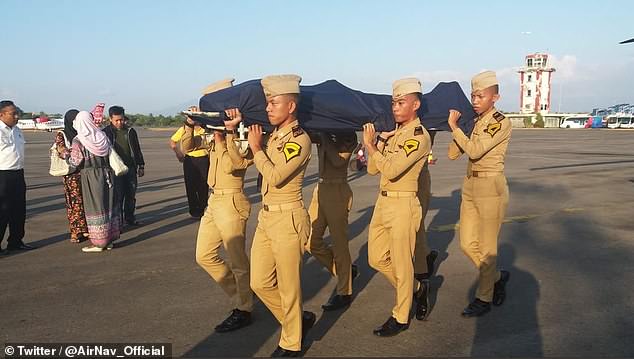 Soldiers carry the body of Anthonius Gunawan Agung to be transported to the burial. He was just one month away from his 22nd birthday 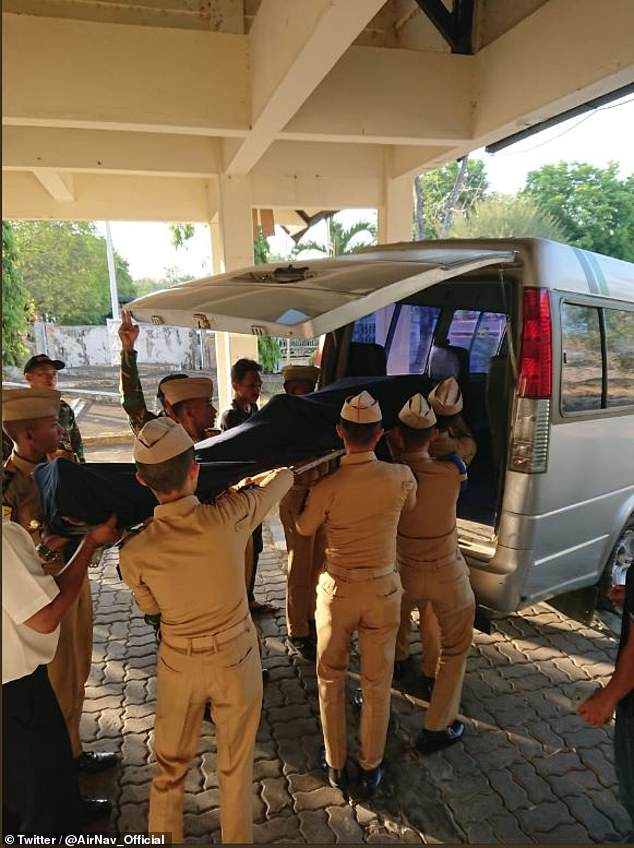 Soldiers place Agung’s body into a car which will transport it to the burial. AirNav bosses also increased his rank by two levels in recognition of his sacrifice

The building began to shake soon after the plane departed and, fearing he would be trapped beneath the debris if the tower collapsed around him, Agung jumped from a fourth floor window.

He was rushed to hospital having suffered internal injuries and a broken leg.

A helicopter was called to take him to a different hospital for specialist care, and he was due to be picked up again from the airport on Saturday morning.

However, he died before the helicopter arrived.

AirNav Indonesia spokesman Yohannes Sirait said Agung’s decision cost him his life, but he may have saved hundreds of others.

He was given a hero’s send-off amid hundreds of tributes on Saturday as soldiers carried his body to be transported to the burial. He was just one month away from his 22nd birthday.

AirNav bosses also increased his rank by two levels in recognition of the sacrifice he made.

The fallout from the earthquake caused a gigantic tsunami on Friday evening which killed almost 400 people and injured 540 more in Palu city alone.

Other cities known to be closer to to the quake’s epicentre are not yet accessible as power and communications have cut out. 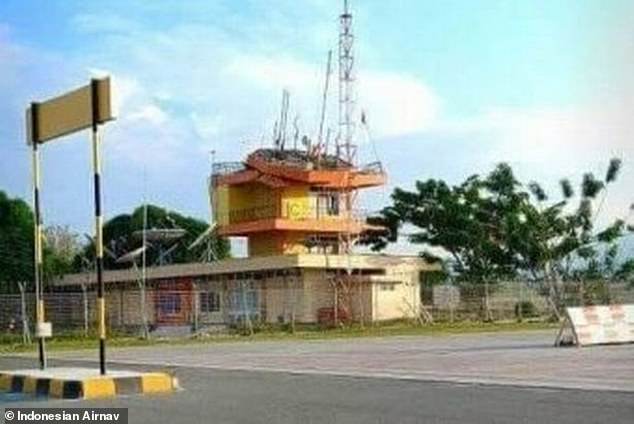 After leaping from the fourth floor as the tower swayed and began to collapse, Agung suffered fatal injuries and died before a helicopter could move him to a specialist hospital on Saturday morning 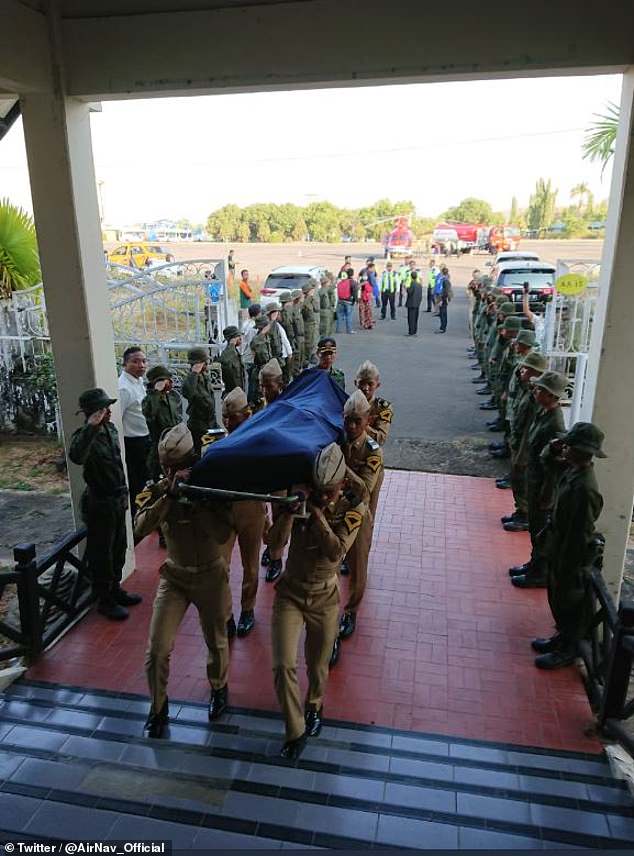 AirNav Indonesia spokesman Yohannes Sirait said Agung’s decision cost him his life, but he may have saved hundreds of others.

Search and rescue operations in Palu have also been hampered by a landslide which cut off the city’s main highway.

Bodies covered the beaches in Palu on Saturday where a festival to celebrate the city’s anniversary was supposed to have taken place the previous evening.

The wall of water which was more than 10ft high struck the city’s shoreline at 500mph, leaving thousands homeless as it swept away buildings, cars and infrastructure.

Some people reportedly climbed 18ft trees to escape the tsunami and survived.