Aceh is the only province in Indonesia, the world’s most populous Muslim-majority country, which implements Islamic law, or Sharia.

Last year, two gay men who admitted having sex were flogged in Aceh, with each receiving 100 strokes of the cane, drawing heavy criticism from rights groups.

Gay sex is not illegal in the rest of Indonesia, which mainly follows a criminal code inherited from former colonial ruler the Netherlands.

The province of Banda Aceh began implementing Sharia law after being granted autonomy in 2001 – an attempt by the government in Jakarta to quell a long-running separatist insurgency.

Jono Simbolon (front), an Indonesian Christian, grimaces in pain as he is flogged in front of a crowd outside a mosque in Banda Aceh, Aceh province, on January 19, 2018 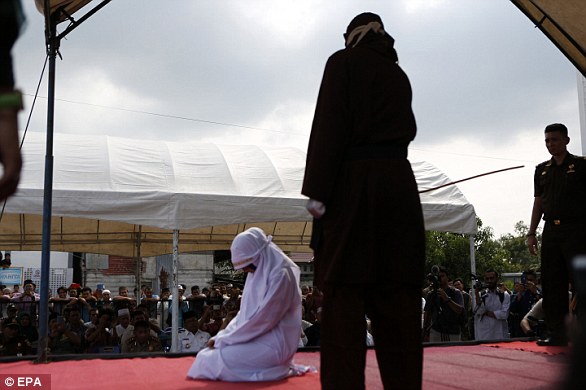 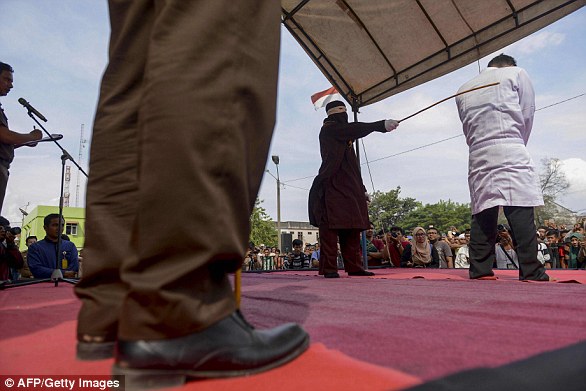 An Islamic enforcer holds the rattan stick against the back of Simbolon, who was whipped 36 times for selling alcohol in the province

In the past two years or so, MailOnline has reported on the troubling rising trend of public lashings carried out in Aceh, Indonesia:

September 12, 2017: Woman hospitalised after 100 lashes for being with a man who wasn’t her husband.