A teenager has survived 49 days adrift in the Pacific Ocean after his floating fishing hut was whisked away in strong winds.

The Indonesian teenager was surviving off seawater and hand-caught fish after his small trap, known as a rompong, was pushed 1,676miles (2,698 km) north and out to sea.

Aldi Novel Adilang, 19, was working as a lamp keeper for the floating fish trap, which was anchored 78miles (125km) off the North Sulawesi coast.

Aldi Novel Adilang, 19, is pictured being rescued in late August in Guam after being able to send a radio signal to a tanker. The Indonesian teenager had been surviving off of seawater and hand-caught fish for 49 days 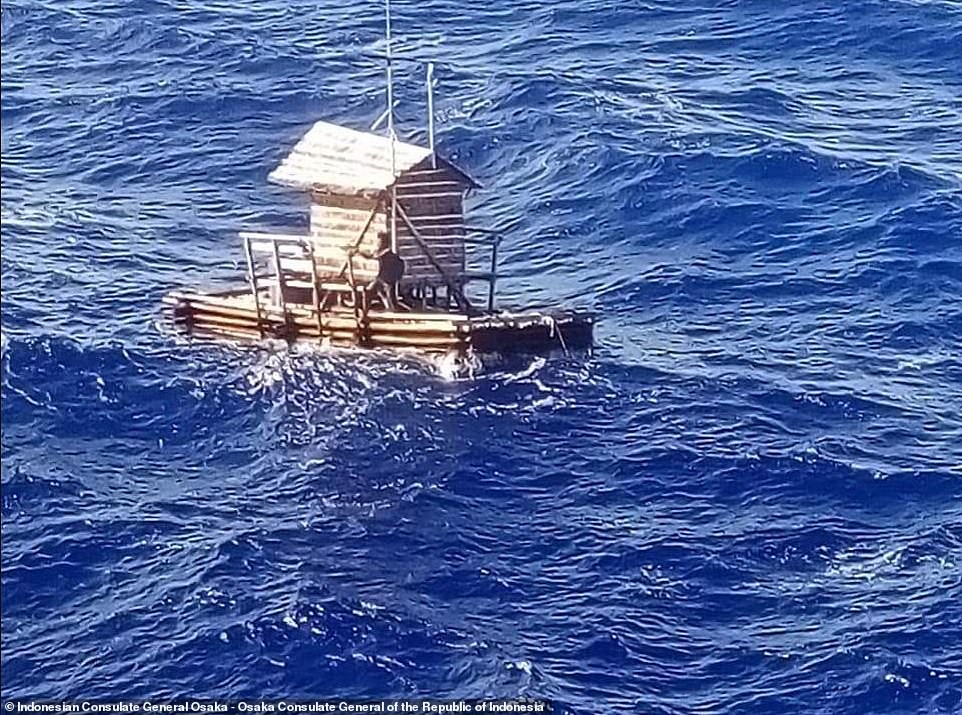 The fishing hut had been attached to the seabed, but strong winds tore the rope, and Aldi Novel Adilang was pushed thousands of kilometers north and out to sea 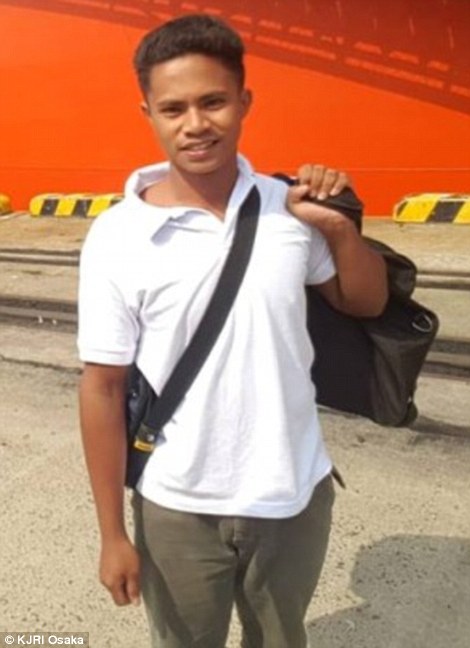 Aldi Novel is seen, right, after being rescued by the tanker. He said that in his darkest times, he consulted the bible

The small, hut-like fish trap floats on the surface of the sea and is only supported by buoys and attached to the seabed by a long rope.

During high winds on July 14, the worn rope tore and the teenager was pushed by the heavy winds out to sea.

At that point, the teenager was stranded and only had a limited supply of water, food, gas and fuel.

According to the Indonesian consul general in Osaka, Japan, Mirza Nurhidaya, the teenager was able to stretch out his weekly supplies for the full seven weeks.

‘After he ran out of the cooking gas, he burned the wooden fences to make a fire for cooking.

‘He drank by sipping water from his clothes that had been wetted by sea water,’ the consul general told the Jakarta Post.

Stranded at sea, the teenager made many attempt to flag down passing ships to be rescued using a tattered cloth.

Unable to grab the attention of the Panama-flagged vessel Arpeggio, he fine-tuned his radio to a frequency which would make connection with the passing cargo. 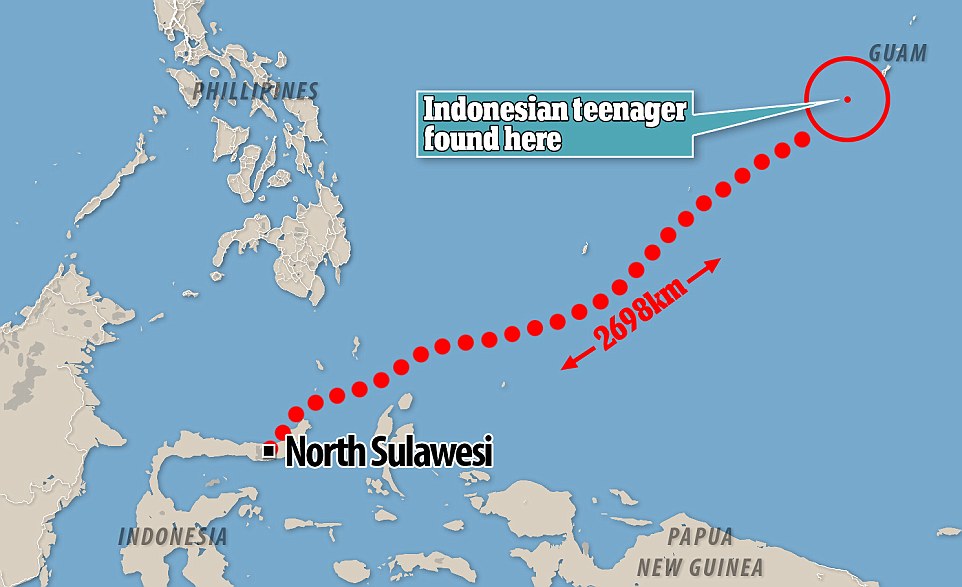 He was pushed  2,698 km north and out to sea drifting in to Guam waters after seven weeks out at sea. He went missing on July 14 and was rescued in late August

The crew pulled the teenager close to the vessel and plucked his weak-body from the Guam waters.

After seven weeks at sea, Mr Adilang had drifted thousands of kilometres north of where he was originally stationed.

‘Aldi’s story is indeed dramatic, and we are thankful to all – the ship’s captain and the Japanese authorities – that have been very helpful in ensuring Aldi’s return,’ Mr Mirza said. 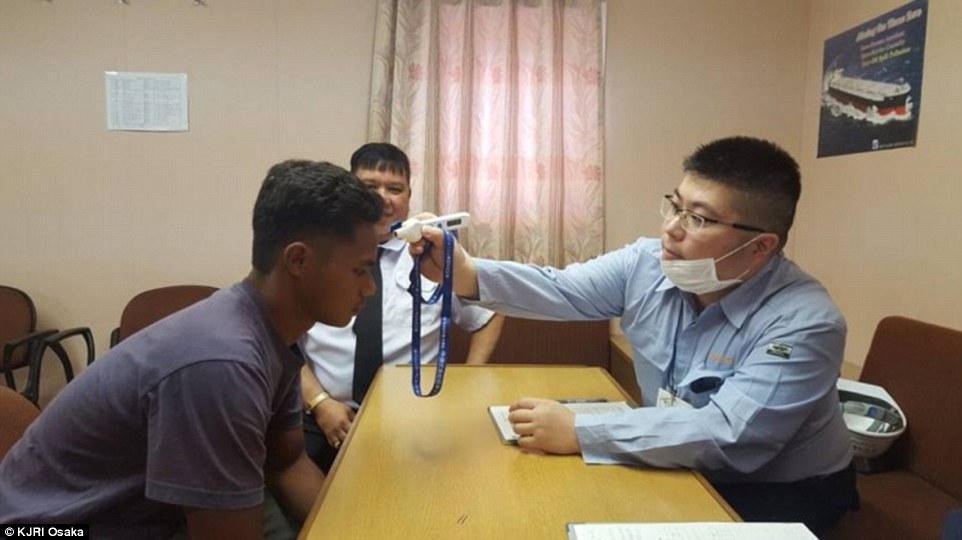 The teenager was given medical care on board the tanker in Guam. He has now told how at times he did not think he would survive