The infamous family of ‘unruly’ British travellers wreaking havoc across New Zealand have been spotted fleeing from media at Auckland’s International Airport – only hours before they got issued with a parking ticket.

The controversial clan had luggage in hand and were expected to board an international flight on Tuesday afternoon.

Their roughed-up Honda Odyssey was seen carrying four of the family in the vehicle bay outside the international terminal but quickly took off when approached by media. 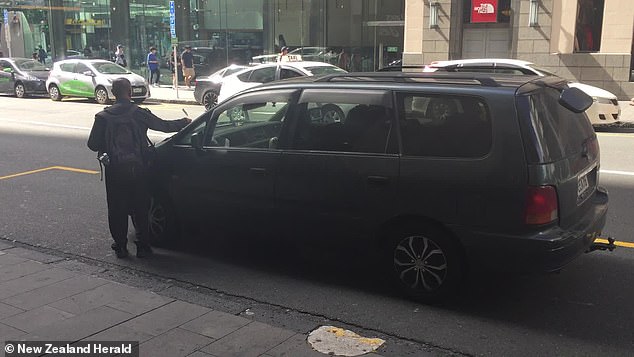 The car was later seen parked on Shortland St in Auckland’s inner-city, with a parking ticket displayed on the car’s windshield.

The street has a five-minute limit.

Earlier, the controversial family, who have been accused of trashing motel rooms, leaving rubbish on the beach and swearing at locals, stopped at a BP service station about two hours north of Wellington on Monday.

The pit stop by the family, dubbed by locals as the ‘tourists from hell’, was made on their way to Auckland, where they were expected to catch an international flight on Tuesday.

Staff member Linus Merchant told Daily Mail Australia he believes he foiled the family’s plot to ‘bamboozle’ him and leave the store with a free can of Red Bull. 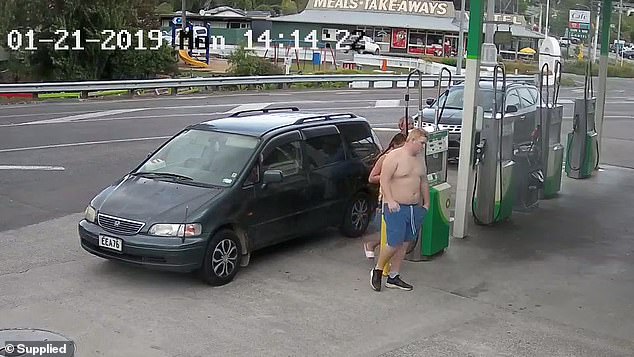 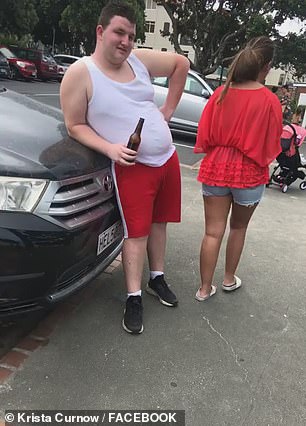 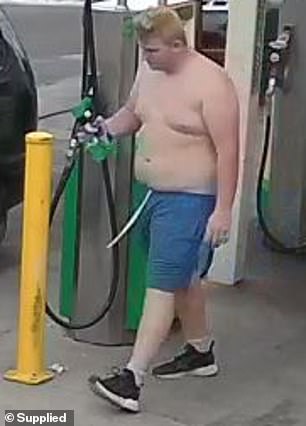 Family spokesman Joe Doran appears to have bleached his hair in the past fortnight. On left, he is seen after a commotion at Takapuna Beach, near Auckland; right, on Monday

Linus said when he encountered the family, they appeared to be heading towards Auckland, and were looking for a fast food restaurant.

He appeared to have bleached his hair in recent days as media attention on the clan’s activities ramped up.

Mr Doran was joined by his mother, the clan matriarch, Barbara Doran; his wife, Miley and the family’s patriarch, who has not been named.

‘They came in the shop as a crowd, drifted in and out,’ Mr Merchant said.

The family members approached the counter swearing at each other and clutching three cans of the energy drink in their hands, he alleged.

Barbara was heard telling Joe and Miley: ‘What, do you think I’m made of f***ing money?’

The group paid for the three cans. 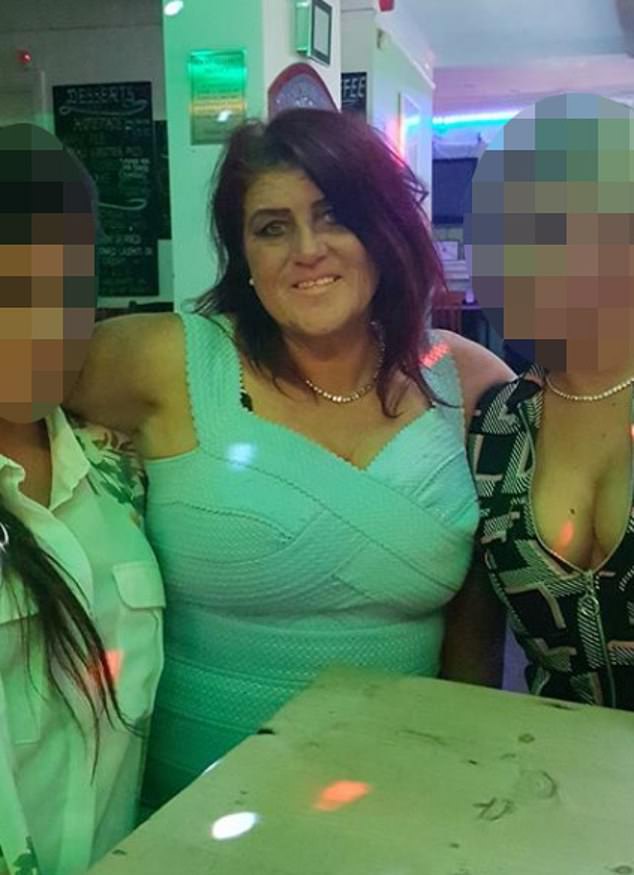 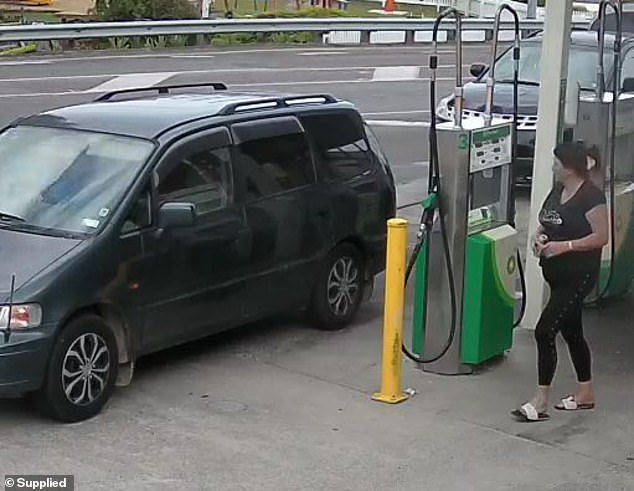 But after Miley had walked away with her can, Barbara and Joe then claimed they had only ever brought two cans to the counter.

‘They paid for three Red Bulls (and) told me: ‘We got three’.

‘I asked: ‘Where’s the other – you walked off with it, it’s wherever you put it’.

‘(I think) they were expecting me to say they could take another one from the fridge.

‘They had tried to distract me, but I recognised them as soon as they showed up and watched them carefully.’

Linus said he believed the group were trying to play a ‘classic divert and confuse con’. 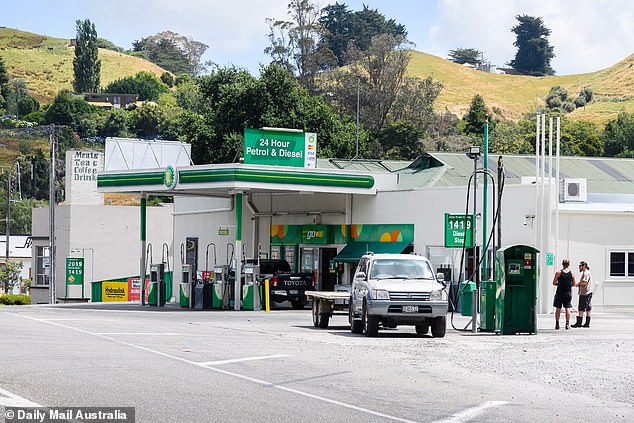 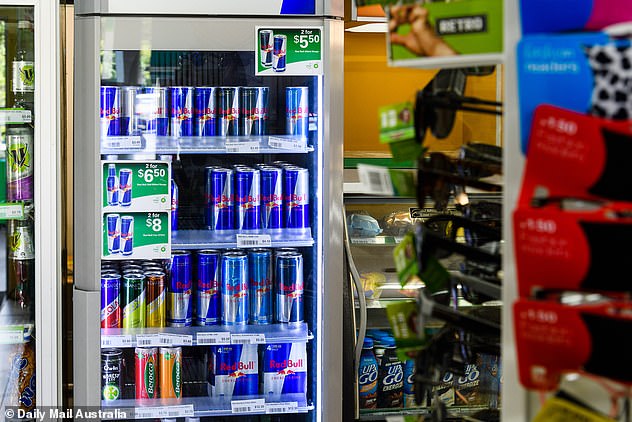 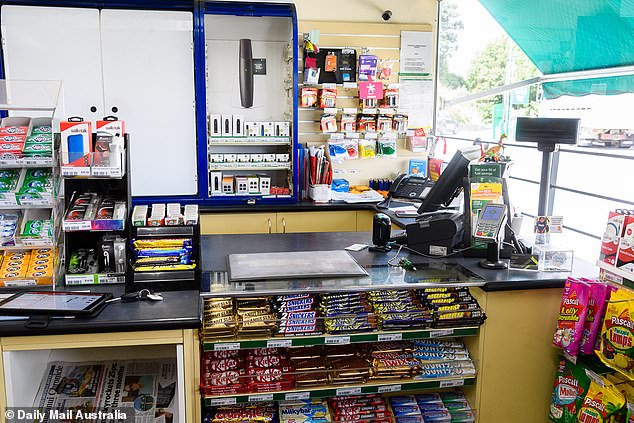 ‘I think they realised I knew who they were and wasn’t going to play their games, so they left quickly,’ said BP worker Linus Merchant 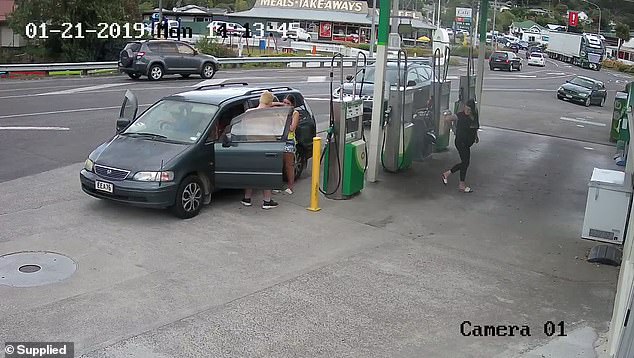 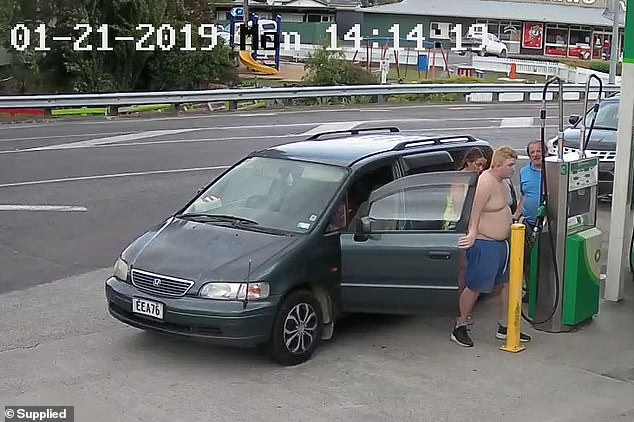 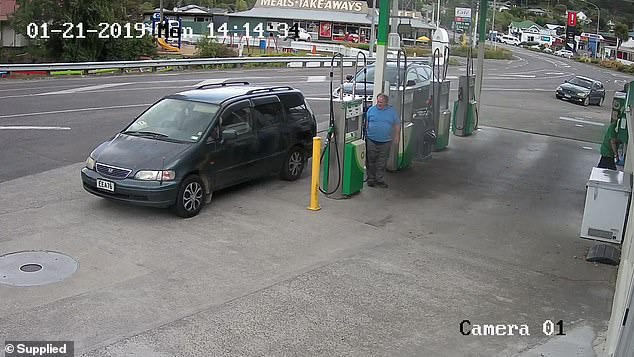 Pictured for the first time is the patriarch of the clan, who has not given his name

In a bizarre coincidence, he said the power went out at the service station the second they walked in.

‘It was a brief encounter,’ he said.

‘I think they realised I knew who they were and wasn’t going to play their games, so they left quickly.’

The family, thought to number about 15, has made headlines around the world for their alleged behaviour on holiday.

The family have previously said they feel they are being ‘tortured’ by the public and insist they have done nothing wrong.

The group, believed to be from Liverpool in the UK, have been accused of scamming restaurants to avoid paying, leaving rubbish on beaches, swearing at locals and rubbishing the apartment they were staying in.

In the past fortnight the family’s alleged antics have caught the attention of the world’s media and the clan sought refuge in mountains north of Wellington. 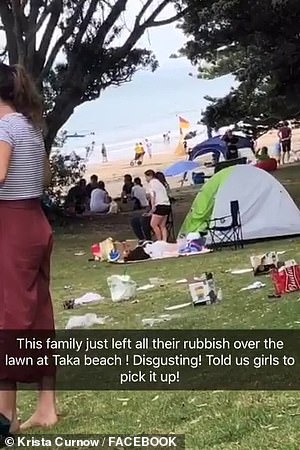 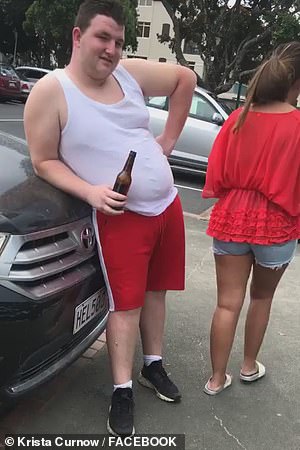 Original sin: This mess left behind at Takapuna Beach near Auckland sparked a social media firestorm. Family spokesman Joe Doran, on right, was there 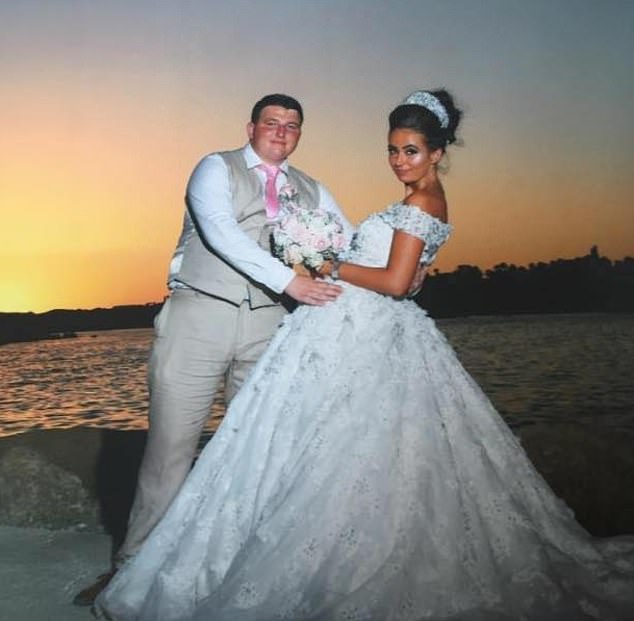 Joe is married to Miley Doran and pictures of their wedding on Facebook from November 2017 show the couple dancing with relatives. Miley is with the family in New Zealand 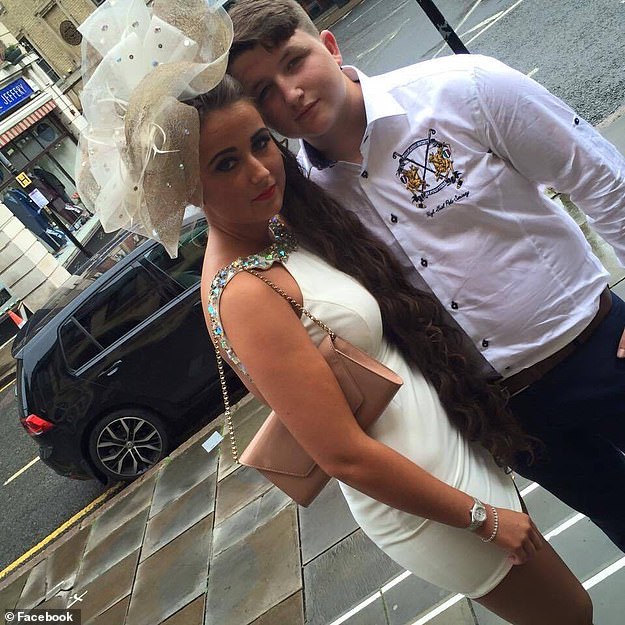 Miley and Joe (pictured) have been together for several years. They have moved around and lived at caravan parks in the East Midlands where neighbours say they are a good family

But their every move has been closely tracked by a keen group of online vigilantes.

On Sunday, Daily Mail Australia discovered the clan left their rooms in a small hotel in Levin in complete disarray.

Pictures sighted by the publication showed spaghetti and Red Bull cans strewn around the room. Meantime, staff said the smell of ‘kid’s poo’ permeated the space.

Four members of the family were issued with deportation notices early last week after causing a commotion at Burger King.

But the family have some 28 days to file an appeal.

WHO’S WHO IN THE UNRULY BRITISH FAMILY ROILING NEW ZEALAND? 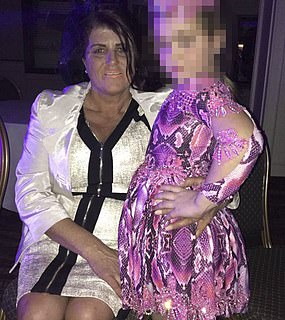 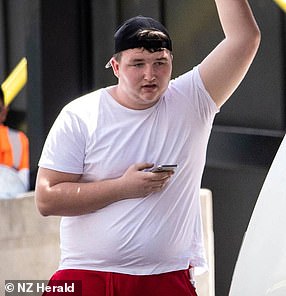 Her son, Joe Doran, has become the family’s number one spokesman, sparring with media at different sites across the country.

That’s because he has repeatedly given his name to reporters as ‘John Johnson’.

Joe’s wife is Miley Doran and pictures on Facebook show the couple dancing happily at their wedding in 2017.

Neighbours who say the family lived on the Washingborough Road caravan site in Lincoln say Joe Doran left the area two years ago ‘to escape trouble’.