Feyenoord have already been eliminated from the Champions League after losing all four of their previous group games but their supporters traveled in large numbers to see their side take on Manchester City.

Some fans were seen lighting up a rainy day in the north of England by setting off flares as they loaded up on beer. 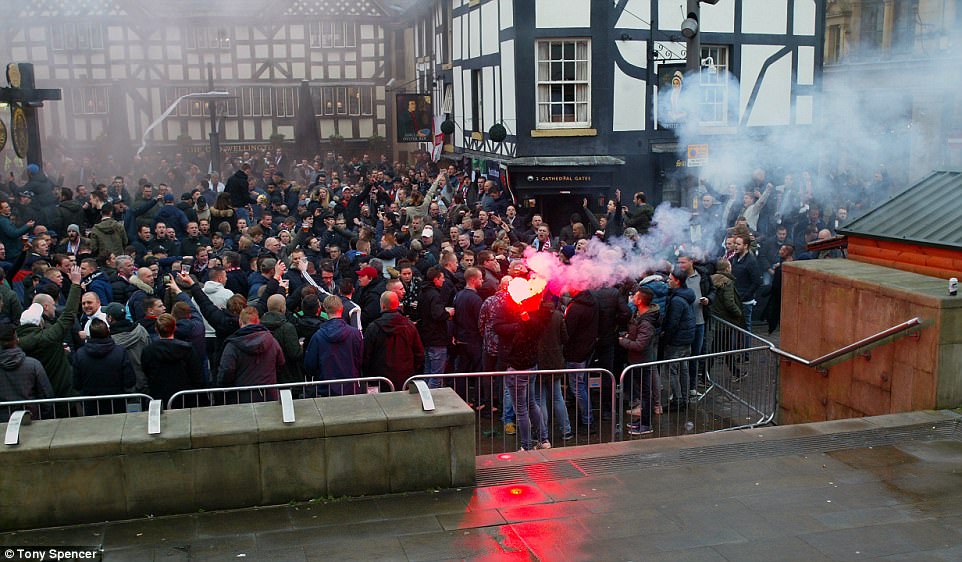 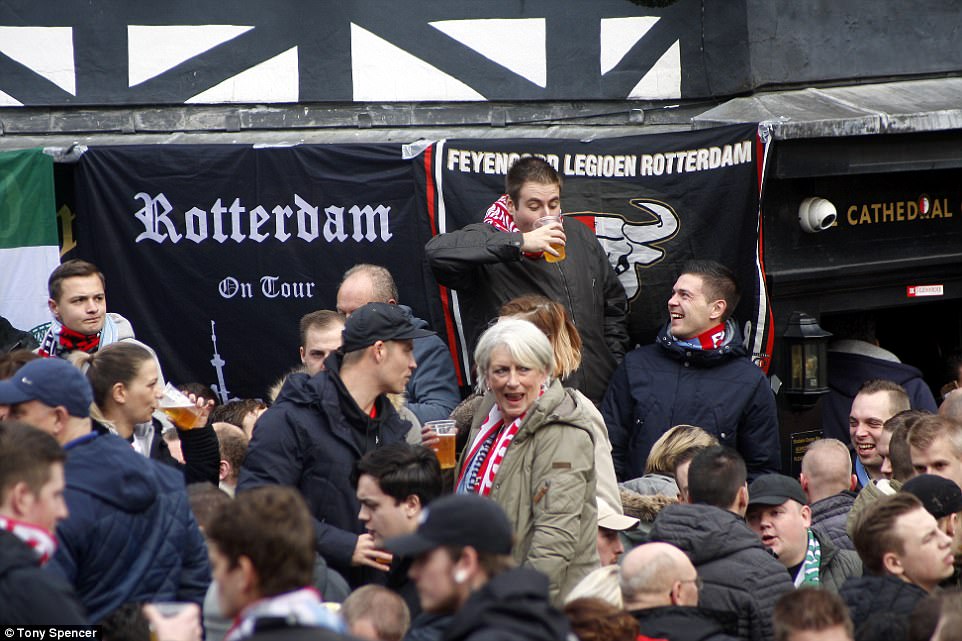 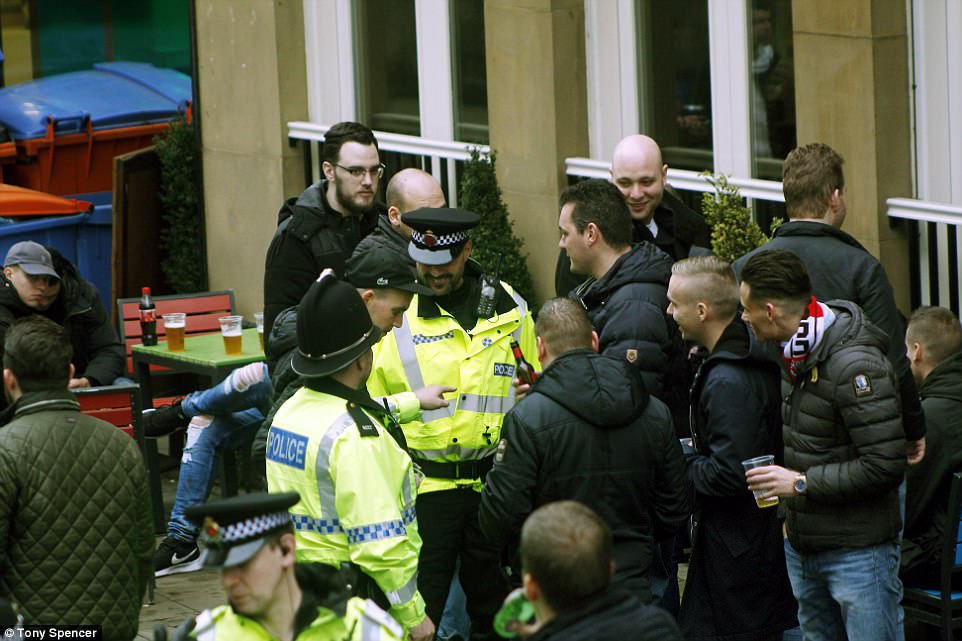 There was a noticeable police presence, with many more officers expected to be deployed later in the day

A small number of police officers were on hand to supervise, with hundreds more expected to be deployed later in the day.

Feyenoord have a reputation for hooliganism and their previous trip to Manchester saw a woman require medical attention after being struck by a flying pint glass.