Atawater, who died of brain cancer in 1991 aged 40, mastered the art of smears and low tactics while running high school election campaigns, the seven completed chapters of his book say.

In exclusive access provided to The New Yorker, the papers reveal how he learned how be intimidating and create false promises for his candidates – tricks that live on in today’s politics – as a student in high school.

The New Yorker’s Jane Mayer was invited to review the papers by Atwater’s daughter Sara Lee, a Brussels-based Democrat, after his widow Sally passed away in March.

Among the hundreds of type-written pages, they reveal the dirty campaigns and smears that Atwater employed were learned at a young age.

Atwater, born in Atlanta, originally had no plans to go into politics, playing in a rock band in high school and briefly the backup guitarist for Percy Sledge in the 1960s. 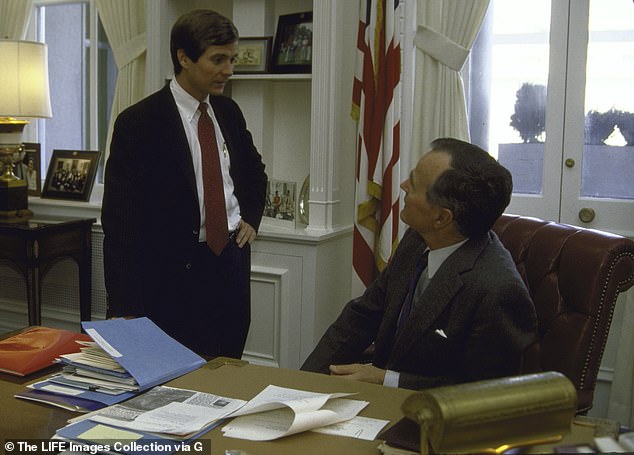 While being Vice President George HW Bush’s campaign manager during his 1988 White House run, Atwater ran ads linking opponent Michael Dukakis to a black convict and suggesting he would be soft on crime. Pictured: Atwater and Bush, 1980s

Despite being well-read – one of his favorite books being Upton Sinclair’s brutal, socialist-themed novel The Jungle – he said he made every effort to appear like he didn’t care about school or grades.

According to The New Yorker, Atwater wrote that his goal was to ‘be seen as too smart and too cool to care.’

He wanted to be voted the ‘wittiest’ in the yearbook and always attempted to cause disruption at school.

‘If it wasn’t funny, it at least screwed somebody up,’ he wrote.

Atwater said the secret was to cause chaos but to cause a ruckus but to be ‘so subtle that they can’t nab you for anything.’

Atwater’s political ambitions were first realized when he learned how to be intimidating in high school during his first role in politics, which was to get his friend elected as student-body president, despite the friend not wanting to run, according to the New Yorker.

‘He created a list of false accomplishments and devised a fake rating system that ranked his friend first, the magazine wrote.

‘He plastered the school with posters declaring his friend’s platform of false promises of “Free Beer on Tap in the Cafeteria – Free Dates – Free Girls.”‘ 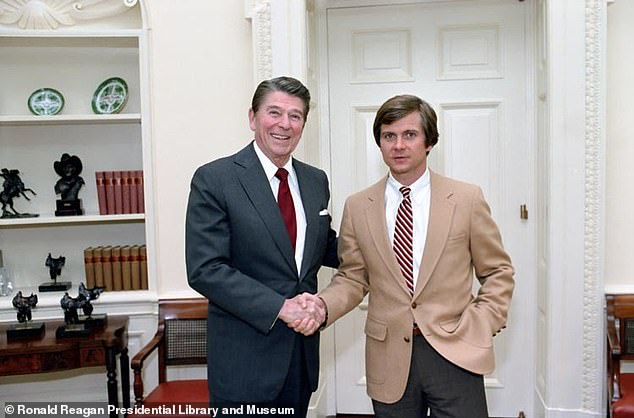 Atwater wrote in his memoirs that he learned such tactics in high school, such as listing false accomplishments of his friend running for student-body president. Pictured: Reagan and Atwater in the Oval Office, 1983

However, during a dark moment of the campaign, Atwater’s friends trampled the bare feet of a student until they were bleeding and threatened to do so to other students unless they voted for the candidate.

Atwater pretended to be concerned about the assault in public but, privately, he was proud of the tactics of his friends. 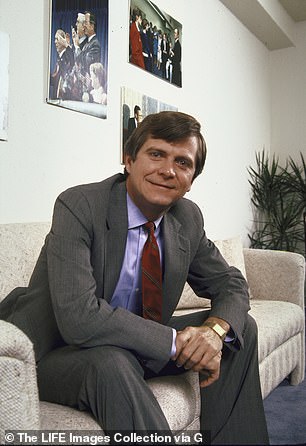 In a congressional campaign in the 1980s, Atwater claimed his candidate’s opponent had undergone psychiatric treatment and was a member of the NAACP. Pictured: Atwater in office at VP Bush’s PAC Fund for America’s Future, 1980s

Later in his career, he learned how to have a different public and private persona, such as running racist campaigns that suggested Democratic candidates would be ‘soft’ on black crime, while remaining friendly with famous black figures including Reverend Al Sharpton and singer James Brown.

What’s more, Atwater’s devices not only helped propel Presidents Ronald Reagan and George HW Bush to victory, but also appear to have inspired President Donald Trump’s methods of steamrollering his opponents with smears and insults from the national stage.

This carried on into his career in the 1980s when as a campaign consultant for Republican incumbent South Carolina Congressman Floyd Spence, he ran fake surveys that had allegedly been conducted by independent pollsters, which claimed the Democratic nominee was a member of the NAACP, a tactic to scare white voters.

After joining the Ronald Reagan administration as an aide, he was a senior partner at political consulting firm Black, Manafort, Stone and Kelly, of whom Paul Manafort and Roger Stone later went on to work for former President Trump.

During Reagan’s 1984 reelection campaign, Atwater let it leak that Democratic vice-presidential nominee Geraldine Ferraro’s parents had been indicted on a form of illegal gambling in the 1940s, which Reagan political director Ed Rollins described as ‘ruthless.’

His dirty tricks of high school carried on when he was the campaign manager for George H W Bush during his 1988 presidential run, according to the New Yorker.

He ran a series of political smear ads that tied Democratic nominee Michael Dukakis to black convict Willie Horton – who was paroled and then went a crime spree – which suggested to white voters that Dukakis would not be tough on crime. 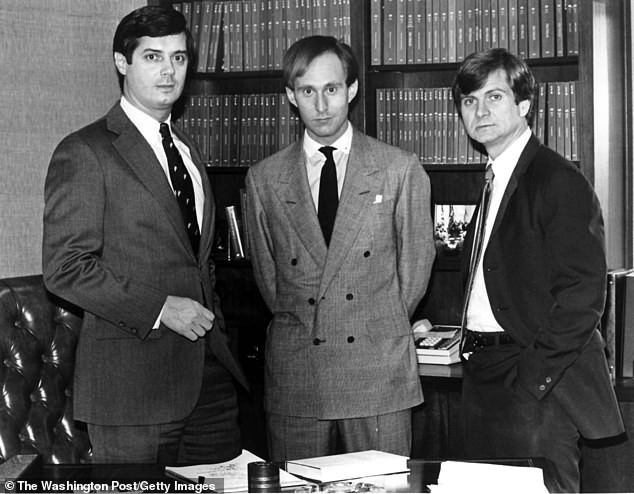 During his political career, Lee (right) joined a consulting firm run by Paul Manafort (left) and Roger Stone (center), both of whom later worked for former President Donald Trump. Pictured: Manafort, Stone and Atwater in 1989 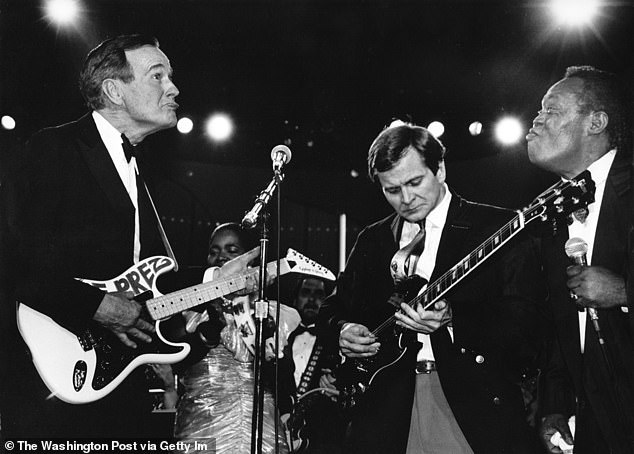 Despite the racist campaigns, Atwater’s paper revealed that he had photos with Sharpton and James Brown, exchanging friendly notes with them.

He also played blues-guitar, often sharing a stage with notable performers such as BB King and Sam Moore.

The New Yorker also revealed that although he managed campaigns for candidates that ran on so-called family values, Atwater helping a friend open a video store in Virginia that specialized in several genres, including pornography.

During the final months of his life, Atwater allegedly apologized for many of the dirty campaigns he run.

But Stone – whose own convictions including lying and fraud were pardoned by Trump – told the New Yorker that he disagreed that Atwater was truly remorseful.

We both knew he believed in nothing,’ Stone said.

‘Above all, he was incredibly competitive. But I had the feeling that he sold his soul to the devil, and the devil took it.’