An Instagram influencer has reportedly asked a lockdown-hit restaurant in Victoria for free food in exchange for social media posts.

A screenshot shared on Friday afternoon by The Australian appears to show messages from secreteatsmelbourne to Gippsland based restaurant Farmer’s Daughter.

‘We would love to collaborate with you,’ the message from secreteatsmelbourne says.

The restaurant then asks what exactly they mean by collaborate – to which secreteatsmelbourne gives an astonishingly blunt response.

‘We usually exchange a post and story for a meal for two, ‘ they wrote.

The restaurant then replied explaining Victoria had gone into a lockdown and felt being asked for free meals was not appropriate.

‘Thanks for reaching out but we literally just went into lockdown 5.0 at the time you sent the message. More than happy for you to book a table and dine with us but it’s not the right time to be asking a restaurant in Melbourne for contra.’

People commenting on the message exchange said the offer was disrespectful to the state’s struggling hospitality industry.

‘The cheek of this,’ one person wrote.

‘These people make me cringe,’ another said.

‘This happens to us regularly. It’s a shame some of these influencers are only thinking of themselves,’ one restaurant added.

A previous post on secreteatsmelbourne’s  page – which has more than 12,100 followers – encourages people to ‘buy’ from small businesses to support them. 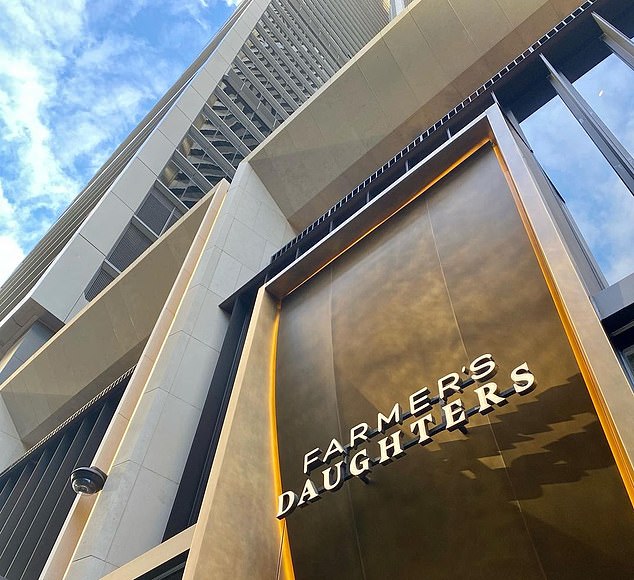 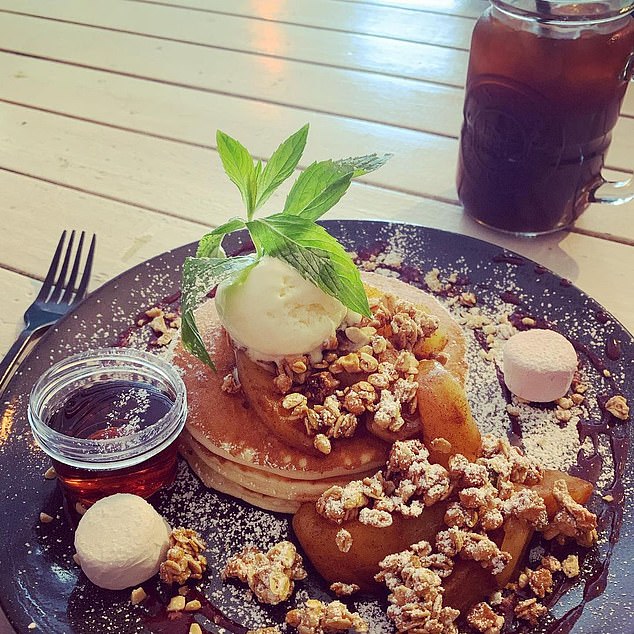 Other restaurant owner such as the Sparrow’s Nest said the practice was common in the restaurant industry and they were constantly asked (pictured: one of their meals)

There are now 26 cases associated with the outbreak, which originated in NSW.

The new cases include a man in his 20s from Point Cook, who attended an AFL match between Carlton and Geelong at the MCG on Saturday and was seated in the MCC Members’ Reserve.

Victorians who have lost work due to the lockdown will be eligible for weekly payments, jointly funded by the state and Commonwealth governments.

Hard hit business particularly in the hospitality sector will also be eligible for government assistance. 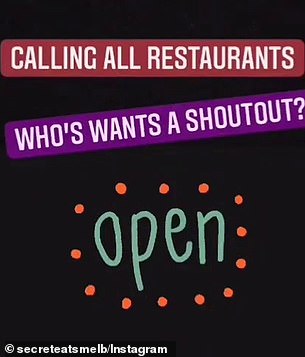 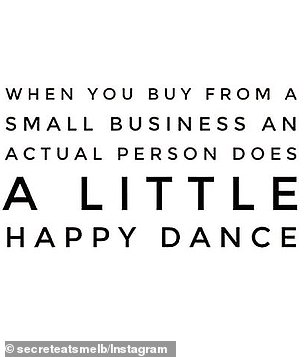 Some 90,000 businesses and sole traders that received support during the fourth lockdown last month will be automatically eligible for state government payments of $2000 or $3000.

The rules applied during last month’s lockdown were reimposed overnight, including the five reasons to leave home, a 5km travel limit for exercise and shopping and compulsory mask-wearing indoors and outdoors.