Conspiracy theorist peddler Alex Jones whose at times transphobic broadcasts have been removed from YouTube, appears to watch transgender pornography on his phone, as seen in a clip promoting his brand.

The term ‘tbabe’ is used in transgender pornography, and the star that appears on Jones’ phone is believed to be Marissa Minx who is described as ‘Australia’s #1 Trans Companion/XXXAdult Model’.

The hosts phone was in his hands while recording the commercial for his ‘wellness products.’

There is also an article about Jones that was still opened.

Alex Jones, host of conspiracy peddling show Infowars, had his phone out for a segment on his ‘wellness products’ but when he clicked off the phone’s main page, several other pages were revealed including what appeared to be a site for transsexual pornography 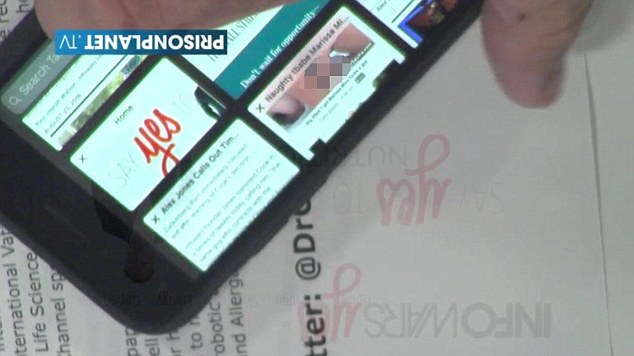 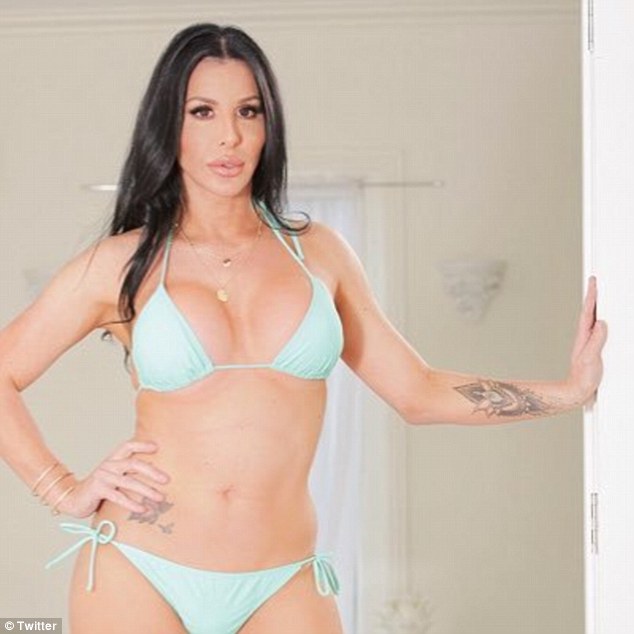 Marissa Minx celebrated her new, and unusual fan, offering Jones a free membership to her website, however Jones has yet to respond

While he has not commented on his phone’s content, Minx tweeted ‘I think it’s fantastic he is watching scenes!’ in response.

‘I think it’s great he’s watching my work. I had heard of Infowars before… Hi Alex Jones! Happy to give you a free membership to my site, or maybe you could have me on your show for a discussion?’ she told The Spectator USA.

Jones’ staunch anti-transgender and transsexual platform has been a long standing go-to that populates his typically bizarre rants.

One such rant, posted to YouTube, was taken down after he called drag queens hell-bound Satanists and pedophiles, according to Newsweek.

‘Soon the icy cold of hell will embrace you forever,’ Jones said.

Jones is currently being sued by several parents of children who were killed in the Sandy Hook massacre that left 20 students and six faculty members dead for his claims that the slaying by a crazed gunman never happened.

He has also peddled the bizarre ‘Pizzagate’ conspiracy theory that alleged Democrats, led by Hillary Clinton, were running a pedophilia ring out of the basement of a DC pizzeria that had no basement.