Ingenious replacement for a gate latch sets the internet alight

Farmers may find that one of their most tedious tasks – opening and shutting gate locks – could be a thing of the past.

‘Why do we still use chains?’ Ross and Tracey from Traoss Paddock Solutions posted to their Facebook page this week.

Searching for an easier solution to something they do multiples times a day, the farming couple have invented a self-locking gate latch.

‘Each day I am constantly opening and closing standard chain farm gates many times,’ the couple wrote on their Facebook page.

‘I came across a horseshoe lying next to a gate latch in my shed. I spent about an hour mulling things over in my head and then started to make the first auto-locking gate latch’.

The next day the couple fitted it to a gate on their horse farm and uploaded the successful latch online in a bid to ‘maybe sell a few items.’

Three days later the video had been viewed over six million times, and the couple’s Facebook page grew from 80 to over 20,000 ‘likes’. 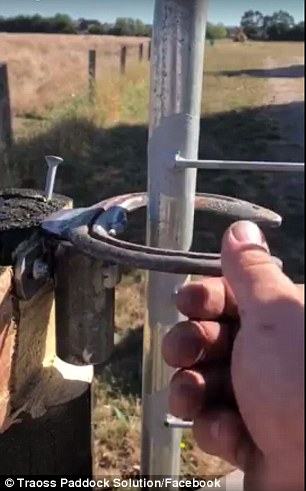 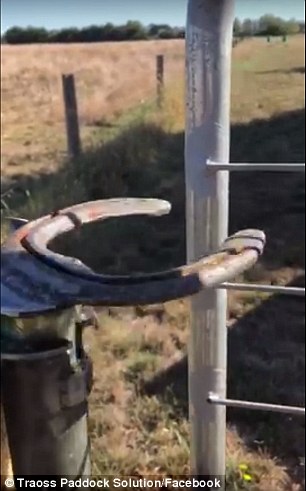 A farming couple from Victoria invented a self-locking gate latch (pictured); an idea which was inspired after trying to find ways to make their life easier 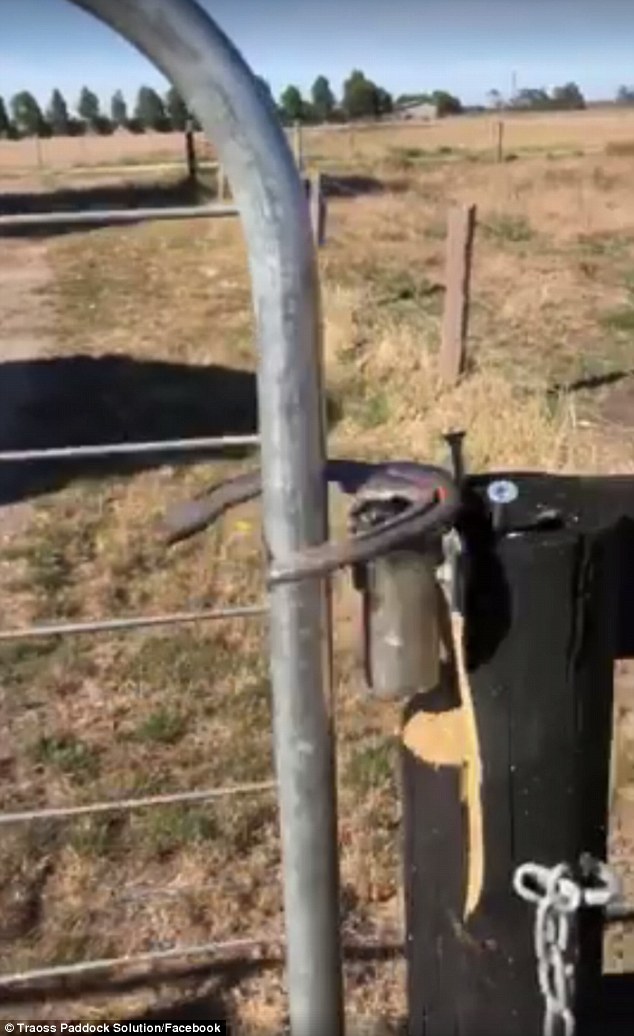 ‘Why do we still use chains?’ Ross and Tracey from Traoss Paddock Solutions asked after they were tired of  ‘constantly opening and closing’ chain gates on their horse farm (pictured)

The video attracted impressed farmers from Australia and around the world.

‘Orders and requests for the latch have flooded in,’ the couple said.

‘I had to turn my Facebook notifications off my phone just so I could use it!

The couple have gone into immediate production, laser cutting and welding the parts together with the help of their son.

The video has now been viewed over 9 million times by people all around the world.

The couple who make ‘innovative solutions for life in the paddock’ plan on redesigning the latch to have the capability to padlock, preventing all farm animals from opening the gate. 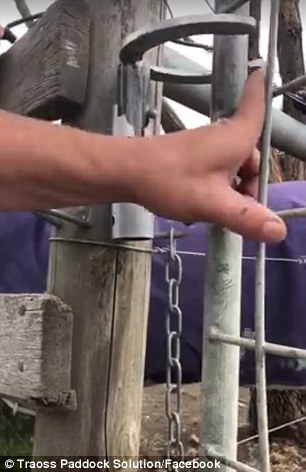 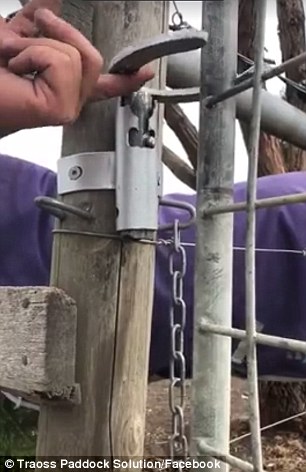 The couple fitted the latch to a gate on their horse farm (pictured) and uploaded a video online in a bid to ‘maybe sell a few items.’ Three days later it had been viewed over six million times