Busted: Convicted kidnapper Robert Fusco, 37, is accused of escaping a Tennessee prison, only to return laden with contraband for sale

An inmate has been charged with escaping a Tennessee prison and later returning with prohibited items to sell on the prison’s black market with the help of his ex-prison guard lover.

An indictment returned by the Morgan County Grand Jury last week stated that Fusco was among eight people, including two former correctional officers, who were in on the scheme.

It said Fusco was serving 68 years for an especially aggravated kidnapping when he escaped on January 5, reported Knoxville News Sentinel.

He was caught sneaking back into the Morgan County Correctional Complex two days later with drugs, cellphones and tobacco, according to the filing. Three other inmates were charged with helping him. 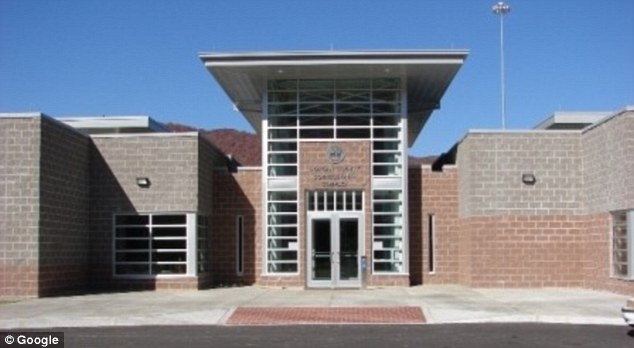 An indictment states that Fusco was caught on January 7 trying to sneak back into the Morgan County Correctional Complex, where he had been serving a 68-year term

Twenty-nine-year-old ex-correctional officer Megan Cheryl Jones has been charged with having sexual contact with Fusco, smuggling and tampering with evidence.

Tolley, who is now living as a woman under the name Alyssa Tolley, was accused of smuggling hacksaw blades into the prison while out on probation.

Fusco and his alleged co-conspirators are due back in court in February 2019.