How did THIS happen? Inmate makes daring escape from jail in a GOLF BUGGY while wearing hi-vis clothing – as police warn not to approach him

A prisoner who was working in the horticulture section of a jail escaped by using a golf buggy made available to workers.

Northern Territory Police released an image of Shaun Liddle who fled the Darwin Correctional Precinct in Holtze on Friday afternoon.

The golf buggy he took with him was a green ‘Polaris’ side-by-side buggy with the licence plate ‘NTG 829245’.

He was last sighted heading towards Gunn Point Road on Willard Road.

Police have urged anyone who may see Liddle to avoid approaching him and instead contact NT Police on 131444 or Crime Stoppers on 1800 333 000. 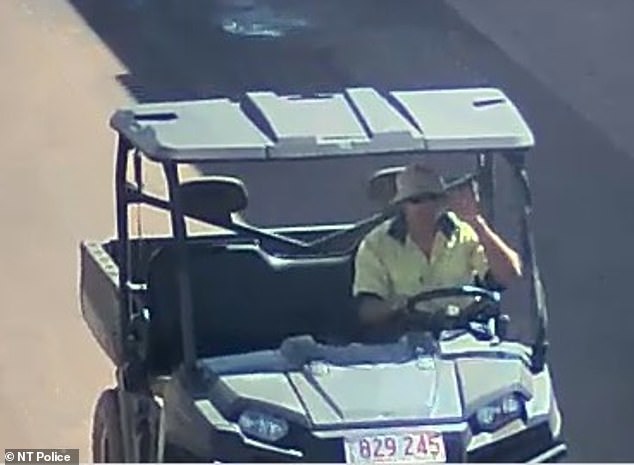