Several prisoners and one corrections officer have been hospitalised following a riot in a Queensland jail.

A group of prisoners lit a fire, smashed windows and accessed medication during the riot which started at the Maryborough Correction Centre, at about 4.50pm, on Saturday.

One officer was taken to hospital after being overcome by smoke, while 11 prisoners had to be transported after showing signs of smoke inhalation or drug ingestion.

All inmates and the officer have since been released from hospital and are back at the center, a spokeswoman for Queensland Corrections told Daily Mail Australia.

A riot broke out at Maryborough correctional centre on Saturday afternoon, sending 11 inmates and one corrections officer to hospital

The inmate-lit fire was quickly put out by the jail’s deluge sprinkler system.

Inmates, who are either under medium or maximum security, were held in the exercise yard while specialist officers worked to extract prisoners from the fire and lock the unit down.

The centre is now quiet.

The incident will be investigated by CSIU with oversight by the Office of the Chief Inspector, and the cause of the riot is expected to be revealed as part of that investigation.

Maryborough Correction Centre is located about 100km south of Bundaberg.

The all-male prison holds up to 500 inmates., but the Fraser Coast Chronicle has previously reported the prison has problems with overcrowding, and can often hold up to 600.

Brawls at the jail are nothing new. In April this year, three correctional officers were taken to hospital after being attacked by inmates.

The violent episode came only one week after another violent brawl staged by inmates.

At the time, Together Union representative Kevin O’Sullivan told the Chronicle the prison was desperate for more staff, and that resources had been stretched by overcrowding, leaving it unsafe and officers susceptible to attack. 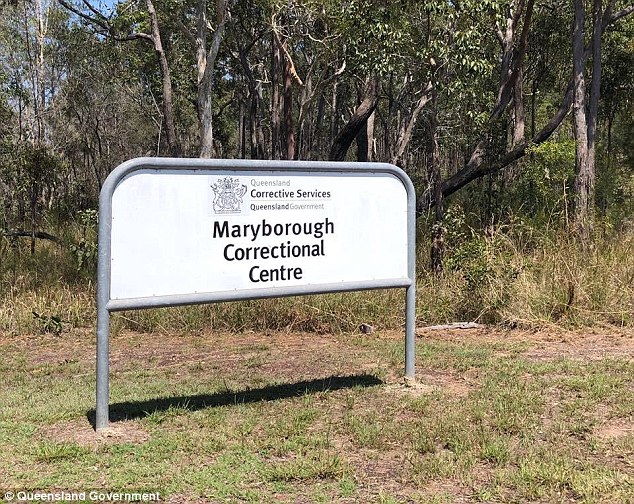 The cause of the riot is under investigation, but a spokeswoman for Queensland Corrections says it began as a ‘small protest’