Outrage as mayor brands portrait of the Queen ‘redundant’ while it’s REMOVED during the middle of a meeting: ‘Highly insensitive’

A furious row has erupted after a portrait of Queen Elizabeth was ‘insensitively’ pulled off the wall midway through a council meeting amid wisecracks and laughter.

But while some councillors laughed, local independent councillor John Stomolis was infuriated.

‘It was highly insensitive and disrespectful especially during this time of mourning,’ Mr Stomolis said. 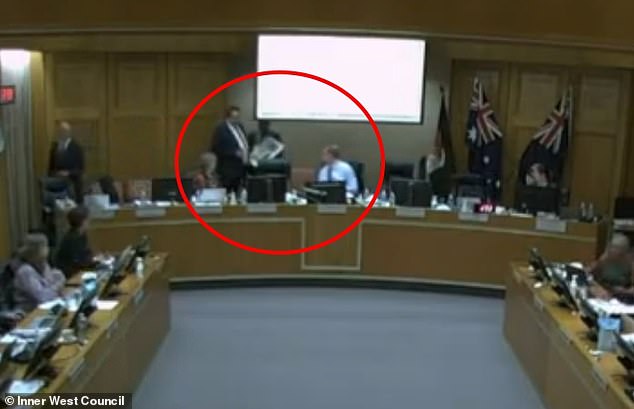 The council’s leaders deliberated on what to do with the portrait following the Queen’s passing (pictured), while a woman in the chamber told them to ‘be respectful’

Councillor Stephens picked the portrait off the wall during a break in the council meeting on Tuesday and initially leant it against a wall behind a row of desks in the chamber.

He then took it to the Mayor and general manager for safe keeping.

On footage of the incident, one woman can be heard saying, ‘don’t disrespect it’, sparking laughter from the chamber while councillors returned to their seats.

As the Mayor and general manager inspected the painting, the same woman’s voice can be heard telling them: ‘Just respectfully put it on the floor’.

‘I mean it’s not like you’re giving away an asset,’ he added to more laughter.

The portrait of the late Queen then sat behind the mayor for the rest of the meeting. 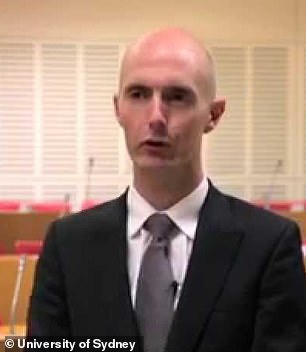 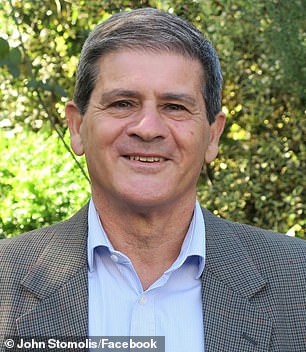 In the wake of Tuesday’s Inner West Council meeting, independent John Stomolis hit out at Labor councillor Tim Stephens over the removal of the portrait

Councillor Stomolis said he was incensed and had sat wondering whether anyone else was going to say anything.

He hailed the Prime Minister Anthony Albanese’s show of respect to the occasion despite his own personal republican leanings.

‘The PM would want the councillors to have the same level of respect,’ he told the Daily Telegraph. 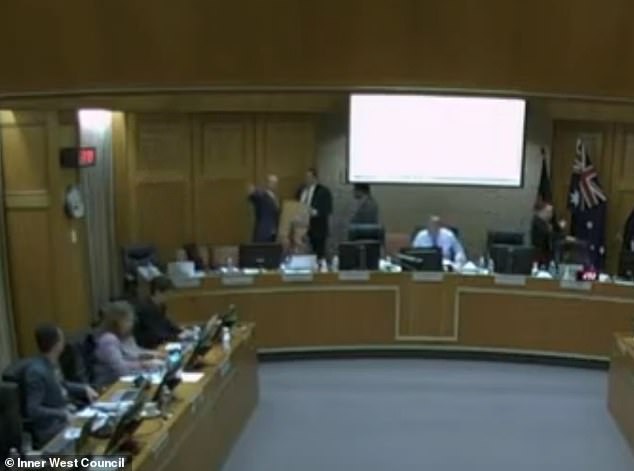 The mayor (wearing blue on the right) joked the portrait was ‘redundant’ sending laughs around the chamber, but has since sought Commonwealth advice about when to swap it for a portrait of King Charles 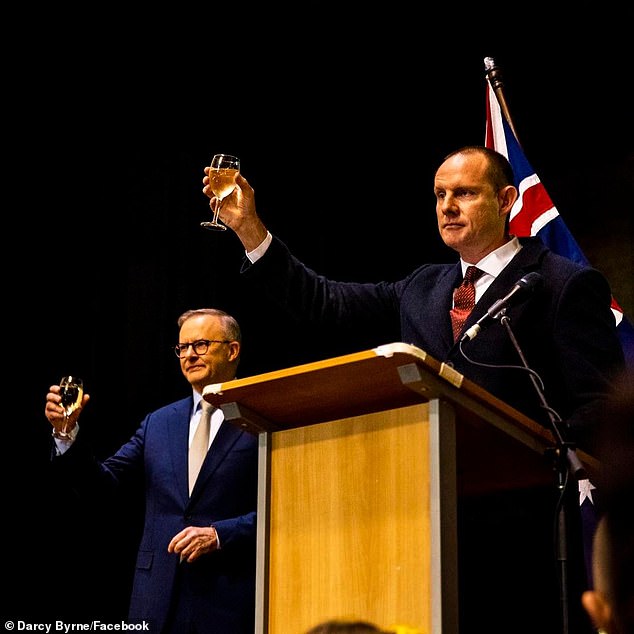 Councillor Stephens said he didn’t intend any disrespect by taking down the portrait.

‘In light of the Queen’s passing and the accession of the new King, I thought it appropriate and respectful in a period of official mourning that the Queen’s portrait be removed from display in the Council Chamber,’ he said.

The mayor added that his remark about the portrait not being an asset was in response to the General Manager’s remark that his wife might like to have it.

He is unsure what official protocol is on the removal of the Queen’s portrait and his council has sought advice from the Commonwealth which they will adhere to.

The Queen’s portrait was reinstated on the wall of the Inner West council chamber following the meeting and remains on the wall there.

Earlier in the meeting, the council had tabled a Condolence Motion for the Queen which was supported by councillor Stephens and the mayor and was only voted against by Greens councillor Marghanita Da Cruz