A mother and son who disappeared on a boat trip in Victoria’s Port Phillip Bay in an attempt rid the elderly woman of ‘bad magic’ didn’t stand a chance.

Their capsized boat was found four days later, but they’ve not been seen since.

Victorian coroner Audrey Jamieson held an inquest on Wednesday into their disappearance and while she won’t hand down formal findings until later this month, she believes both are dead.

Ms Loveday practised Buddhist mysticism for the greater part of her life, while Mr Meneveau followed her beliefs while acting as her full-time carer for the last seven years of their lives.

Felicity Loveday, 83, (right) and Adrian Meneveau, 56, (left) haven’t been since since they left for a three-day boating trip in December 2019

Ms Loveday had dementia and suffered a stroke in 2018. Mr Meneveau had a history of mental illness.

He believed his mother had incited bad magic by practising her spiritual beliefs and it could only be dispelled with salt water.

Mr Meneveau bought a boat, which he registered and insured in his sister’s name. He gave his sister Christina his online passwords, banking credentials and a document appearing to be a will, leaving his estate to her.

Detective Chris Obst said in the days before the duo disappeared, searches for ‘sea burial’ had been made on Mr Meneveau’s computer.

Christina Meneveau helped her mother onto the boat on December 11 and saw them off. Both were wearing life jackets.

Mr Meneveau sent a text later in the afternoon advising all was well and that was the last contact. Ms Meneveau reported them missing on December 14. 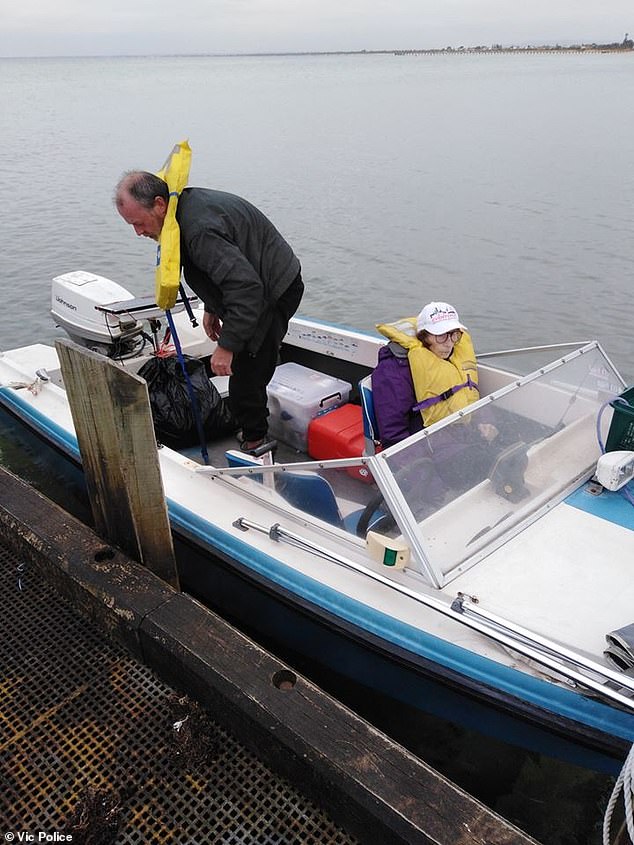 This is the last photo of Adrian Meneveau and his mother Felicity Loveday (right) as they headed off on a boating trip on December 11 2019. Her daughter Christina took the photo

Det Obst said he was immediately suspicious about the circumstances and believes there’s pieces of this puzzling story he’ll never know.

‘For me it was the significant delay in the report, it was Felicity being 83 years old and frail, and believing that she was going to be OK on a vessel for three days on Port Phillip Bay,’ he said, describing the boat as a lake fishing vessel at best.

‘I can categorically say from December 11 to 15 when the vessel was located, that vessel in those conditions would not have stood a chance.’

He was also suspicious about a photo taken at the time of departure. It showed Ms Loveday seated in the front of the boat while Mr Meneveau dealt with supplies in the back. Both were wearing life vests. 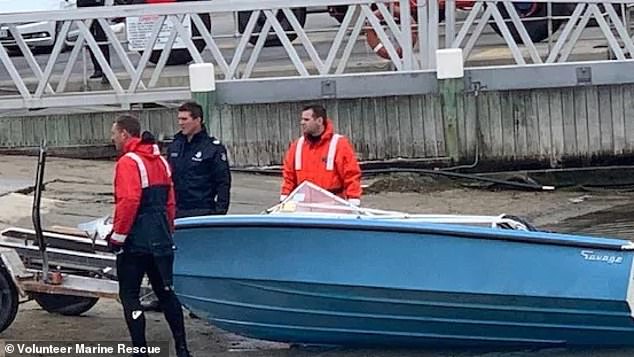 Emergency crews retrieved the boat four days later, found by a fisherman about 24km north from where they disappeared. 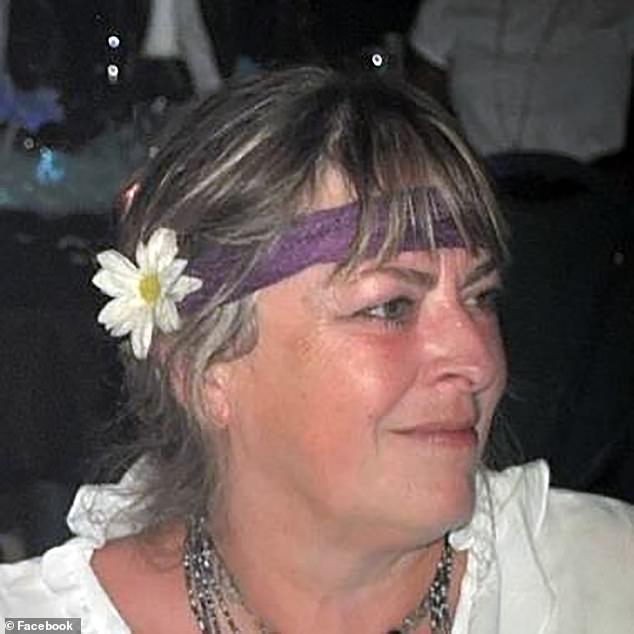 It was unusual that a search and rescue team would have a photo of the vessel on the day it was last seen.

The boat was found switched off, in neutral and capsized on December 15. The life vests were also found.

The inquest heard Ms Meneveau made a claim on the insurance policy in January last year and was paid out the insured value.

Det Obst said Ms Meneveau had been very ‘matter of fact’ and ‘philosophical’ about her family’s disappearance and believed they had died. 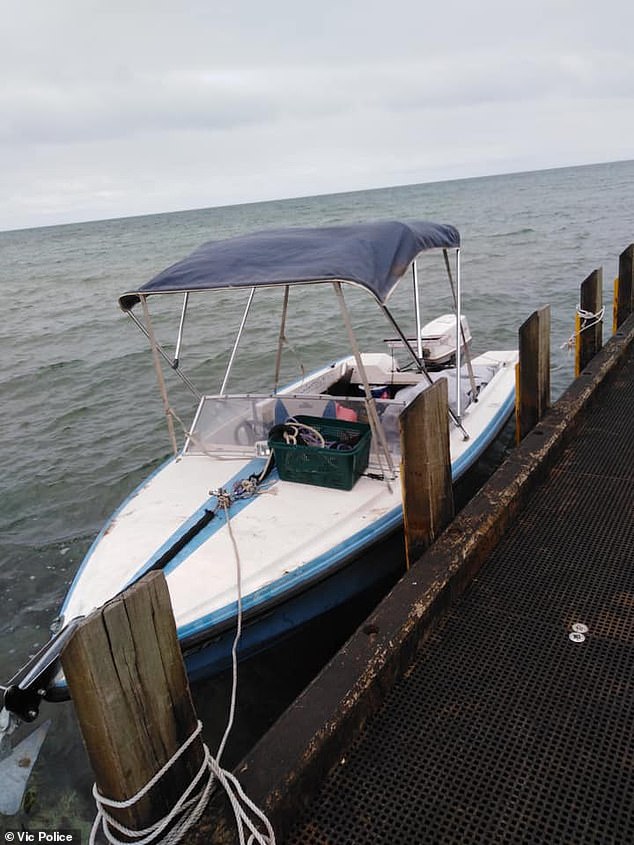 Adrian Meneveau bought a boat (pictured), which he registered and insured in his sister’s name

December 11, 2019: About 7am, Christina Loveday waves off mother Felicity Loveday, 83, and brother Adrian Meneveau, 56 from Olivers Wharf at Frankston. She snaps a photo before they go.

December 13: Adrian reports to Christina that they were having a ‘good time’

December 15: The pair’s submerged boat is found by a fisherman about 24km north from where they disappeared.

January 31: Melbourne’s Seven News reports that police are not ruling out foul play, with only one life jacket found on board the boat.

June 7: An interview with Senior Constable Chris Obst is published by the Sunday Herald-Sun.

June 10: Christina Loveday tells Daily Mail Australia her mother was ‘very much alive’ during the photo and she has told police everything she knows

July 7: Australia’s Freemason society seeks to distance itself from Ms Loveday’s beliefs – saying they had nothing to do with the values of the famously secretive organisation

August 26: Police reveal the investigation is still active and but their line of inquiry about Mr Meneveau’s second boat is yet to be closed.

November 2021: An inquest into the pair’s disappearance begins, almost two years after they vanished.