A Russian town has been invaded by a plague of flying bugs dubbed an ‘insect apocalypse’.

Swarms of midges have filled the air and covered all exposed surfaces in the port city of Taganrog, some 40 miles from the Ukrainian border in southern Russia.

Insects landing on the roads have created a slippery layer about one inch deep, leaving cars skidding and pedestrians falling over.

Infestation: Millions of midges have invaded the town of Taganrog in southern Russia

One video showed a man’s hand fully covered in these midges – with the only consolation that they do not bite.

Another from hows a woman falling on a layer of insects making the road as slippy as ice.

Known as Chironomidae – and also called chironomids or non-biting midges – they are breeding in small lakes near the city.

Locals say they have never seen so many after a warm humid summer. 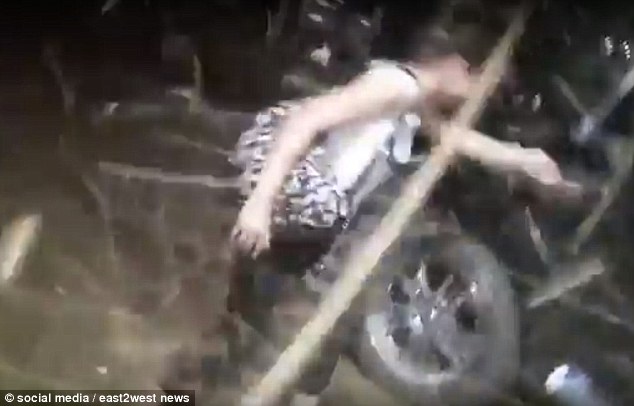 Slippery slope: The layer of midges on the roads have made it difficult for cars to drive and seen pedestrians fall over 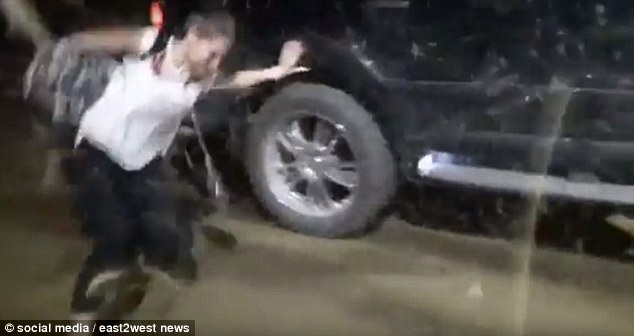 Going down: Video sees one woman slip and almost fall as she makes her way to her car 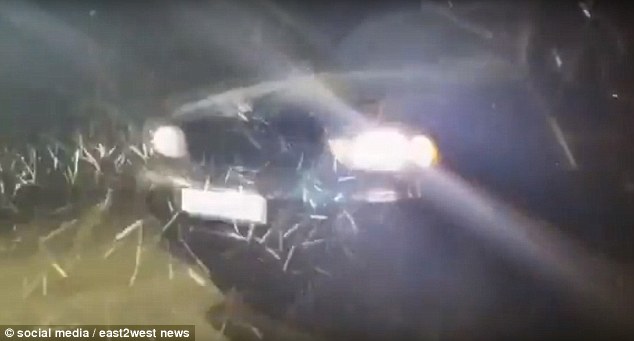 End in sight: The midges do not bite, and have a life-span of two to five days

One woman, Olga Shustrova, said: ‘It is scary to go out in the evening because they fly towards all lights.

‘Thank God, they do not bite you.

‘We got used to such insects last year – but there were far fewer.

‘Now there are swarms of them.’

Locals are praying for cool weather to drive them away.

Their life span is two-to-five days and they flap their wings 1,000 times a second making a distinctive ringing sound, say experts.