It’s my first time attempting to land a plane and I’ve just clipped the top of some trees before the view out of the windscreen goes totally blank. 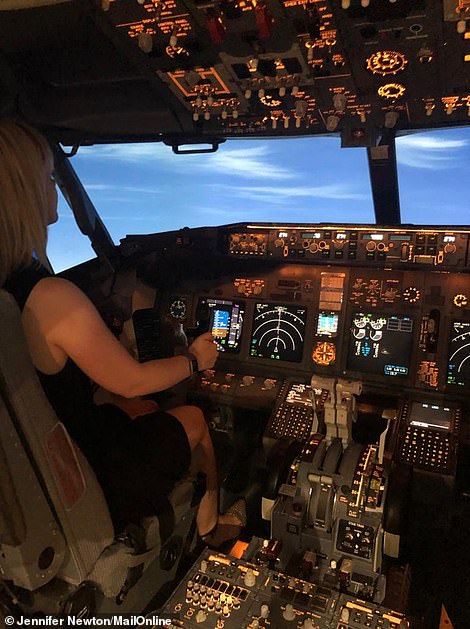 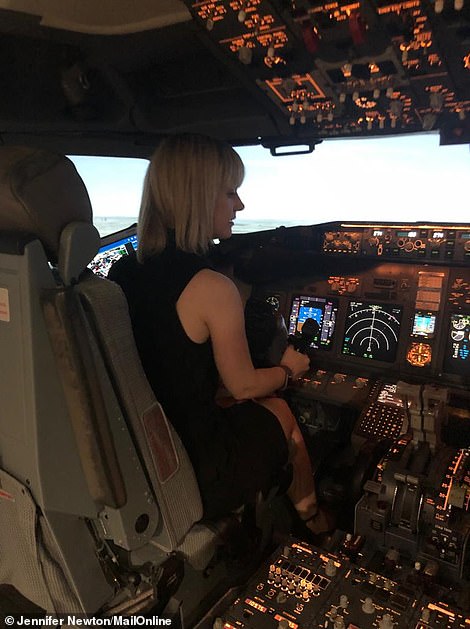 Luckily, I’m not flying a real plane – it’s a Boeing 737 flight simulator at Russian airline Aeroflot’s pilot training school at Sheremetyevo Airport on the outskirts of Moscow, housed inside a vast multi-million-pound facility.

After arriving at the complex, I meet Ivan Lavrentev, an Aeroflot captain and aircraft commander who flies the Boeing 737 and he leads me to a huge hangar-like space, where the simulators are located.

There are simulators here for every aircraft Aeroflot has in its fleet and they run around the clock.

Ivan proudly tells me it’s where Aeroflot’s new A350 simulator will go. The Russian carrier will be the first in Eastern Europe to take delivery of this Airbus model, next year.

We reach the Boeing 737 simulator just as a group of pilots exit.

After crossing a small drawbridge, we step on board the simulator, where Ivan insists I sit in the left-hand seat, the captain’s seat.

He walks over to a computer at the back of the machine and programmes it so I can have a go at an approach and landing at Sheremetyevo Airport in perfect weather conditions.

But before I start, I get a rapid lesson on the thousands of controls, levers and switches I’m surrounded by.

Basically, all I’ll need is the steering wheel in front of me (known as the control column), the thrust levers to my right and the rudder pedals, which I’ll control with my feet.

Ivan will press all the other buttons and switches needed. 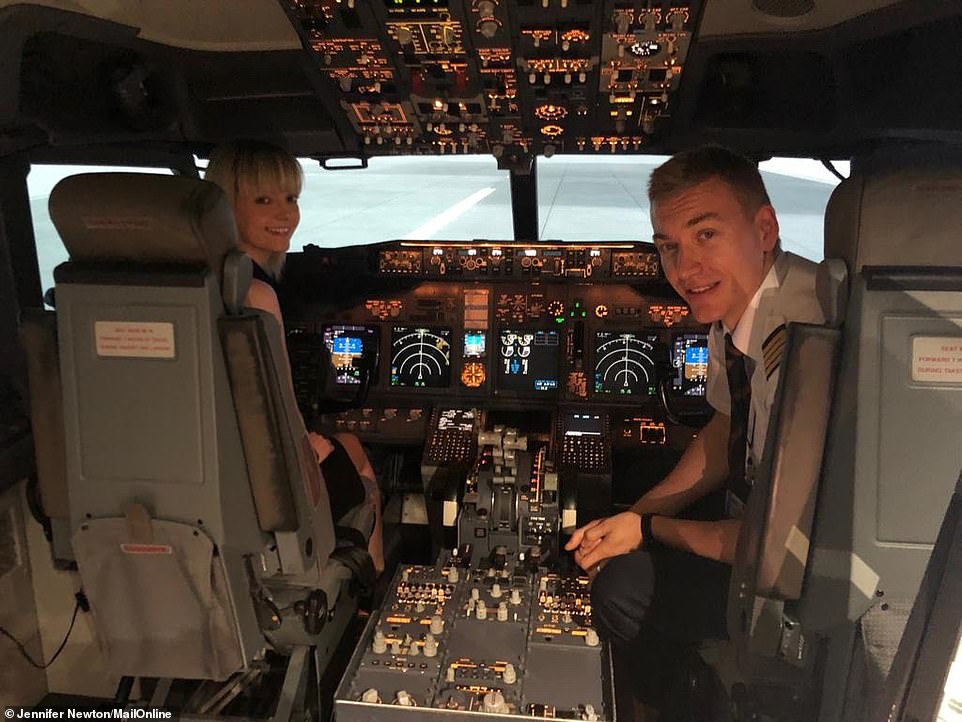 Jennifer with Ivan, who is also an aircraft commander, in the cockpit. Jennifer managed one successful landing out of two

The simulation begins and it’s exactly like being in a cockpit – everything is replicated from the view out of the window towards Sheremetyevo Airport to the engine noise.

The final approach starts and Ivan, who is sitting in the first officer’s seat next to me, tells me that the key to a perfect landing is keeping the aircraft straight, not making any sudden movements.

I push down on the control column to point the nose down and nothing happens – turns out you really have to push hard.

After pushing down even harder, the aircraft starts to descend and the runway starts to get closer and closer.

Ivan tells me to pull up slightly and bank to the right to make sure I’m dead centre with the runway.

But I bank too far and he tells me to go to the left to straighten up while at the same time pushing the nose down.

The cockpit radio altimeter shouts out the altitude, I battle to keep the aircraft straight and I totally forget what I’m meant to do with the thrust lever.

The runway is just below me but for some reason, I veer to the left and before I know it I’m flying across some treetops hurtling towards the terminal building. 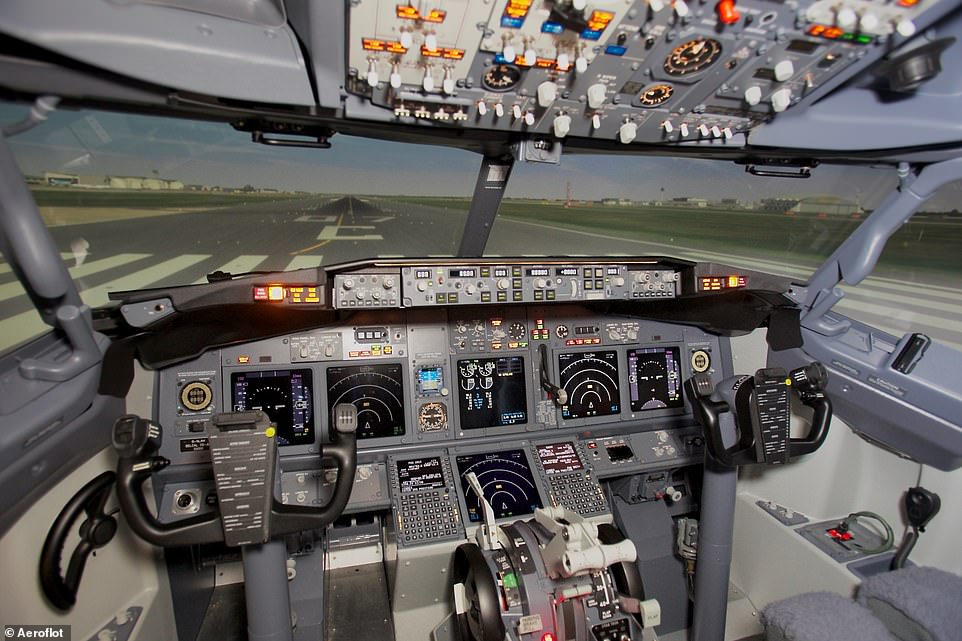 A view of the runway from inside the Boeing 737 simulator. The simulator replicates precisely what it’s like being in the cockpit – from the view out of the window to the noise of the engine 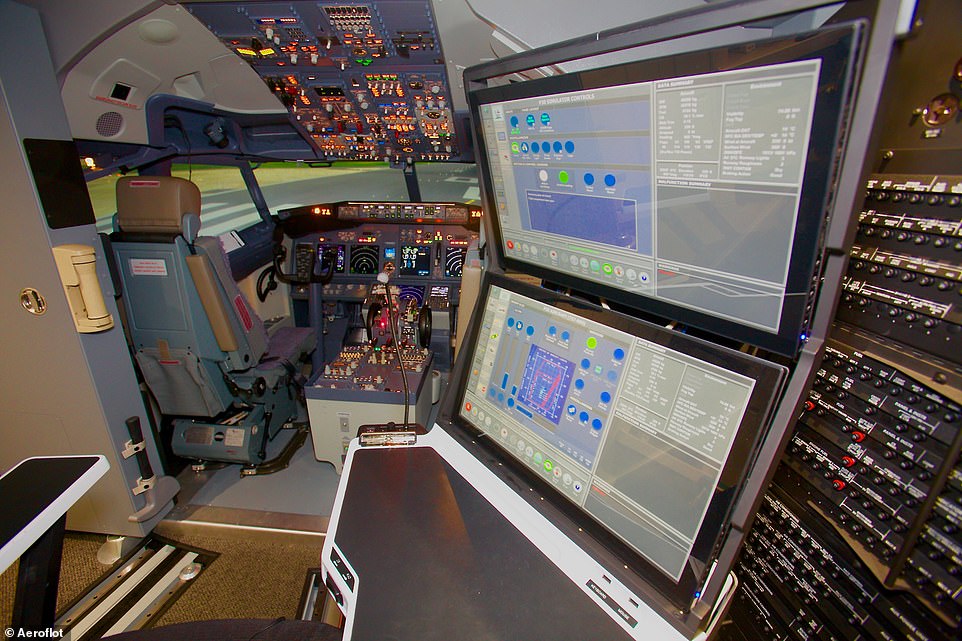 The computer at the back of the simulator, which can be programmed so pilots can practice flying in a range of conditions 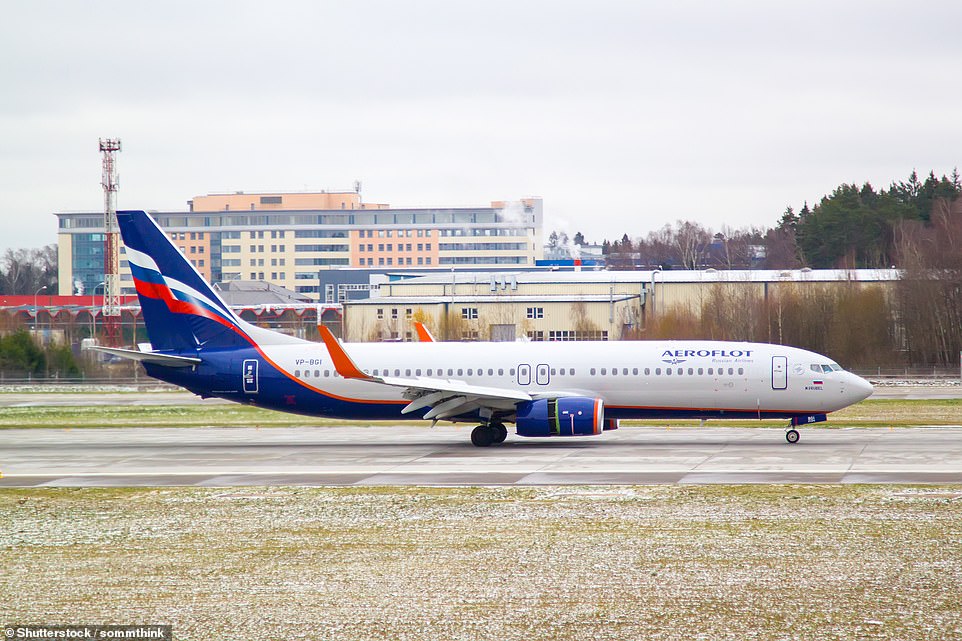 The real thing: An Aeroflot Boeing 737 at Sheremetyevo Airport, Moscow, pictured in November 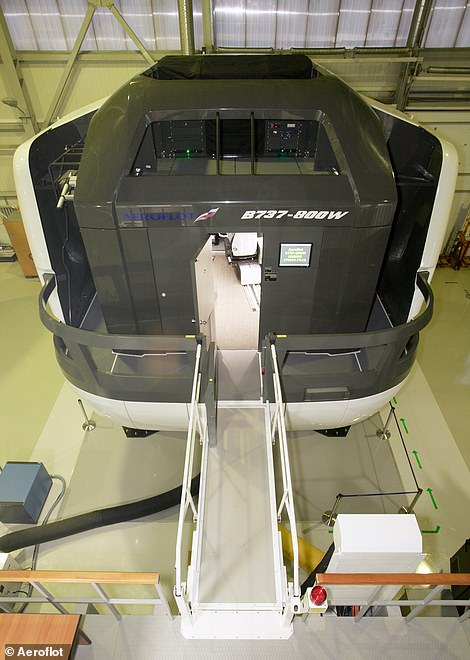 The exterior of Aeroflot’s Boeing 737 simulator. Aeroflot has a simulator for every aircraft in its fleet

There’s no time to correct it as all of a sudden there’s a beeping noise and the screen goes a sinister dark red colour – I’ve crashed.

Seems landing a plane isn’t as easy as Ivan told me.

Then again he has probably done it hundreds of times – that was my first attempt ever.

But the beauty of a simulator is that no harm is done and within minutes, the 737 captain has reprogrammed the computer and I’m attempting the manoeuvre again – this time with his help on the thrust lever.

And what a difference it makes, together we guide the aircraft towards the runway with gentle movements.

Before I know it, the landing gear is coming down and we are just feet from the runway.

It’s a very bumpy landing and the plane veers from side to side as I get to grips with the rudders.

Most importantly though, we are down on firm ground and Ivan applies the brakes before we come to a halt.

I suppose one successful landing out of two isn’t bad for a total beginner – though I suspect the pilot helped me a lot more than he let on.

Of course, Aeroflot pilots honing their skills in these simulators aren’t novices like me.

They have to come through a strict selection process and undergo rigorous training to be able to fly one of the 249 planes in the airline’s fleet.

After finishing my very basic training session I say goodbye to the 737 pilot, who is rushing off to a meeting.

‘You should definitely get your pilot’s licence. You could work for MailOnline and fly planes at the same time,’ he tells me.

Kind words. But I think I almost certainly need a lot more simulator time before I go anywhere near piloting a real aircraft.