This new offering feels light-years away from the main park (in reality, it’s a short hop from the Mickey’s Toontown area). It’s modelled on the Black Spire Outpost on the planet Batuu, and the roar of low-flying X-wing star fighters fills the air.

The fastest hunk of junk in the galaxy: The Millennium Falcon: Smugglers Run ride is the main attraction of the new park 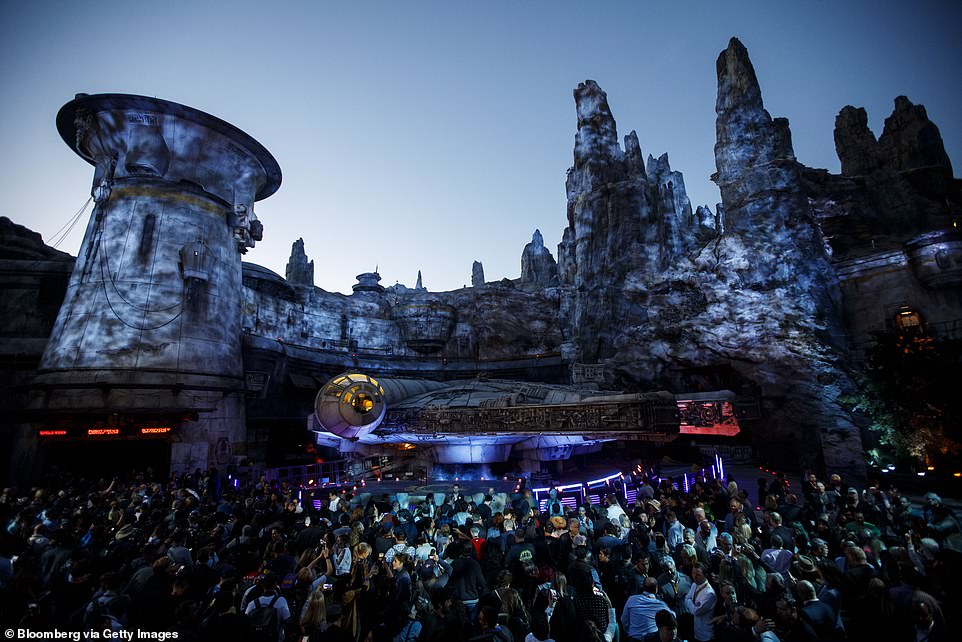 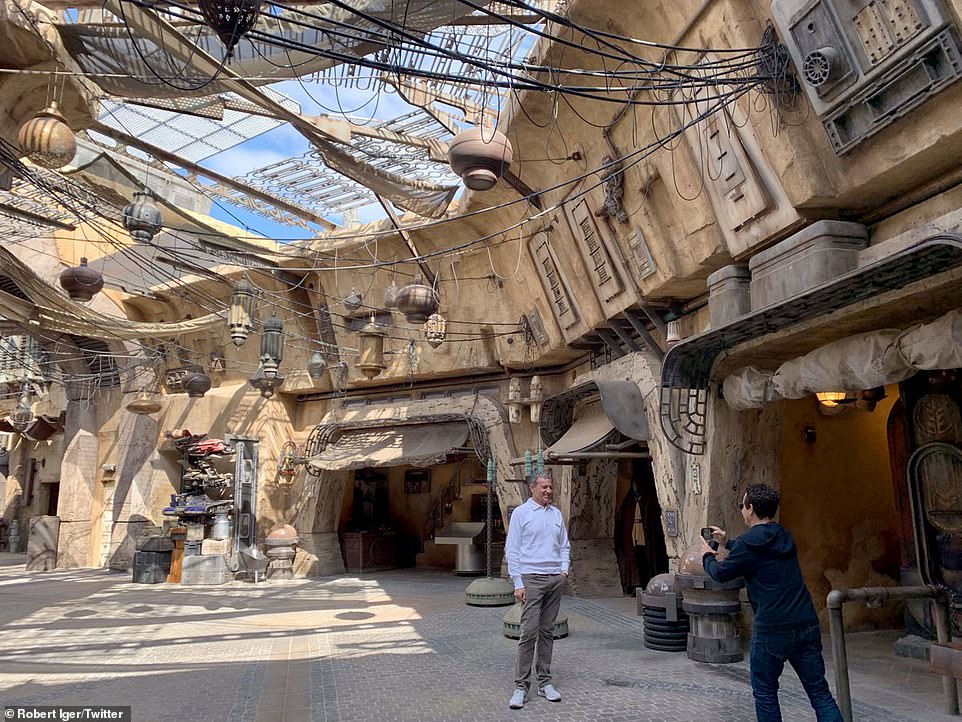 This image was posted to Twitter by the CEO of The Walt Disney Company, Robert Iger, with the caption ‘best way to impress your friends… give them a personal tour of @starwars Galaxy’s Edge!’ The man taking the snap on the right is JJ Abrams, who directed Star Wars: The Force Awakens 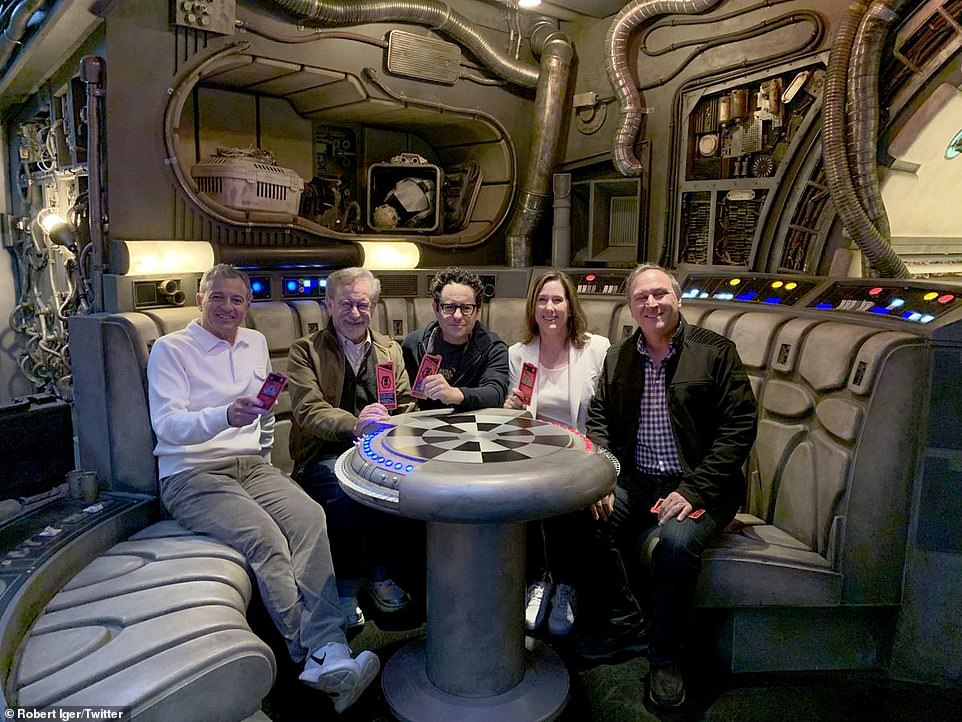 There are full-sized replicas of various spaceships, R2-D2-shaped bins and armies of stormtroopers. At Oga’s Cantina (the first venue in the park to serve alcohol to the general public), I knock back a Jedi Mind Trick cocktail after lining my stomach with a Mustafarian Lava Roll.

For now, there’ s only one ride. Each of the eight vehicles on Millennium Falcon: Smugglers Run seats six people, which explains the wait. Passengers, who have to be over 3ft 2in tall, are given one of three roles: pilot, engineer or gunner.

I’m a gunner, so it’s my job to fire blaster cannon. But we all have panels of flashing buttons next to our seats, and it’s hard to work out who’s doing what. It’s fast and furious, and the interactive elements mean the ride can be different every time. 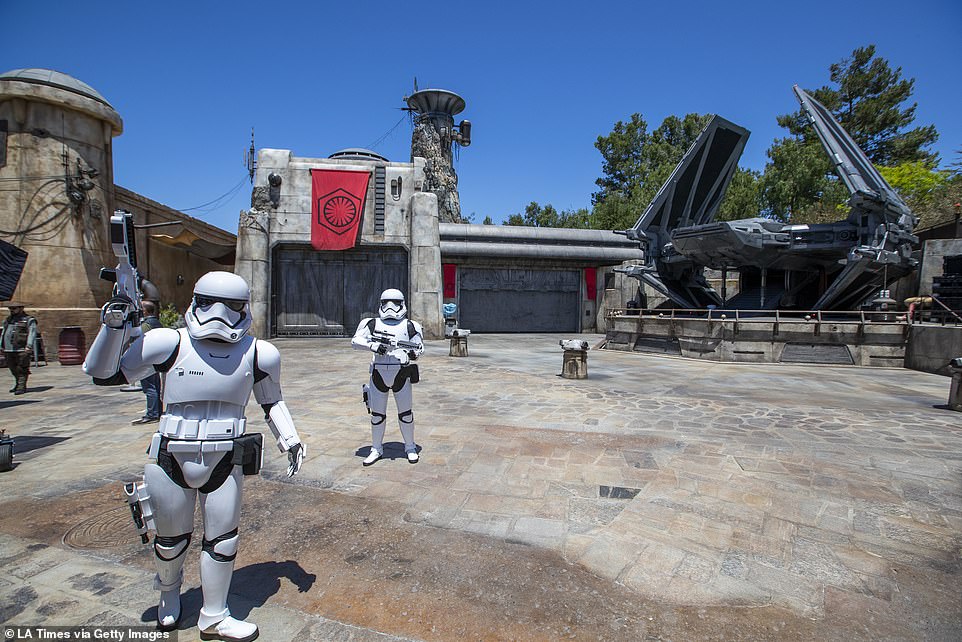 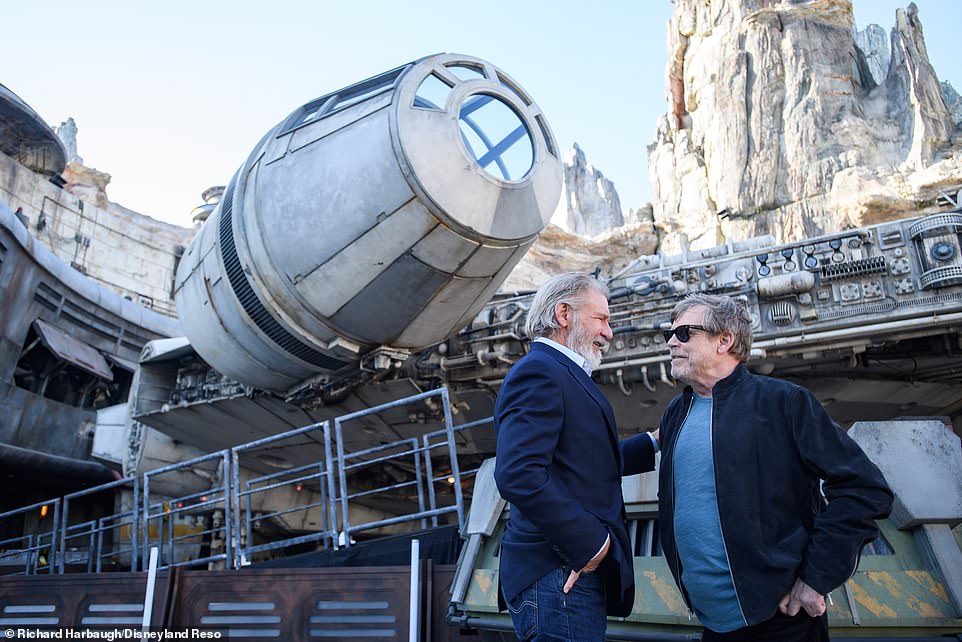 The highlight of phase two of Galaxy’s Edge, unveiled in the autumn, will be Star Wars: Rise Of The Resistance, an interactive motion simulator that will put visitors in the middle of a battle.

Costing more than £770million, Galaxy’s Edge is Disneyland’s biggest outlay, which may explain why lightsabers cost £79 at Dok-Ondar’s Den Of Antiquities.

A twin park opens in Orlando’s Disney World in August. I doubt it’ll be many Earth hours before Disney recoups its millions.

Tamara Hinson was a guest of Disneyland, which has day tickets, giving access to Galaxy’s Edge and the rest of the park, from £81, or week tickets from £385. Book at disneyland.com.