Inside glamorous lifestyle of western Sydney’s most ‘prolific’ conman

The glamorous lifestyle of one of Sydney’s most prolific and manipulative conmen has been revealed as the fraudster is thrown behind bars.

The 32-year-old – described as the most prolific and talented conman’ in western Sydney – used a variety of tactics to defraud innocent people for over two years.

The student on Tuesday faced court for his crimes and was hit with 15 charges, including falsifying documents and stealing a car, the Daily Telegraph reports.

Detectives believe his fraud dates back to September 2020, when Sunny began flashing dodgy cheques to satisfy his expensive taste.

The India-born fraudster signed the cheques under a plethora of aliases that were paid with chequebooks linked to two of his bankrupt or closed-down businesses.

Other times, Sunny would transfer the money and then reverse it with his victims unable to reach him after numbers were cancelled and addresses changed.

He was even able to con car dealers out of a luxury Range Rover Evoque.

Court documents state a scammer using a fake name had changed a decimal point to a comma on a forged cheque for $46,888.

Pickles Auction House realised the check was fake and reported the car as stolen – but not before it had been towed by Sunny’s friend to Warwick Farms.

He hitched a ride to the lockup, and when officers left, Sunny simply unlocked the roller door and drove off.

When officers discovered the vehicle one month later outside a brothel, they had been entirely unaware Sunny was still inside – asleep or in hiding.

The fraudster then claimed he had been kidnapped in the Range Rover following a disagreement with a sex worker.

Police inspected the vehicle and handed it back to him – unaware Sunny had altered the unique VIN serial number to conceal his tracks. 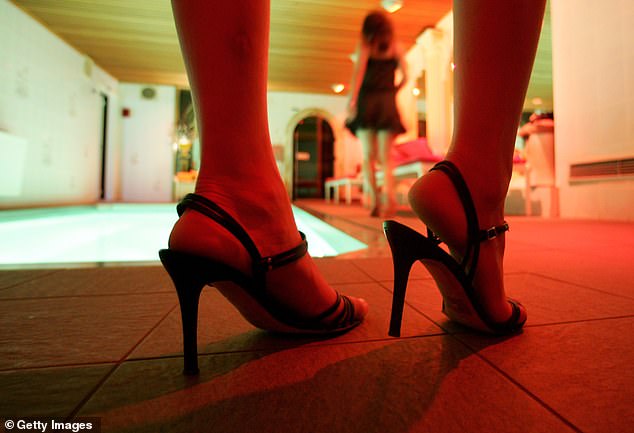 According to court documents, Sunny defrauded one sex worker for $1900 worth of pleasure 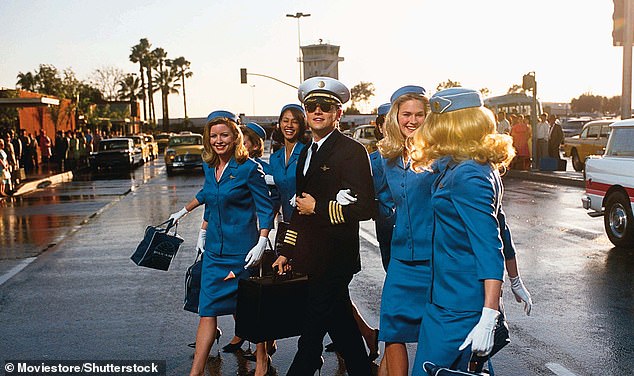 Australia’s own ‘Catch Me If You Can’ fraudster glamorous lifestyle came to a crashing halt after he failed to cough up $60 for a personal massage gun he found on Facebook marketplace and he was reported to police. Pictured is a scene from the film ‘Catch Me if You Can

After his grand escape from the lock-up, the fraudster turned his attention to the purchase of gold bars worth $10,000.

He found a purveyor on the Central Coast and deposited cheques into an ATM.

It wasn’t until Sunny had driven home armed with his new treasure that the seller realised the cheques were worthless and contacted the police.

Brothels and escort services Sunny frequented soon began to smell a rat, with one employee never being paid $1,900 he splashed on her services.

When he returned to that Enmore location six months later, he was recognised, and police were called – who later allowed him to leave.

Police have alleged Sunny defrauded escorts of an estimated $10,000, often disguising himself with a fake name and using falsified cheques.

In December of 2020, the 32-year-old was arrested twice by police who were drawing closer to solving the mystery of the dodgy cheques.

‘He has an extensive history of altering documents … He has been able to recruit third parties to assist him in further offending, conceal his crimes and escape prosecution.’

On each occasion, Sunny was allowed to leave, with officers unaware of how close they had come to stopping Australia’s own ‘Catch Me If You Can’ conman. 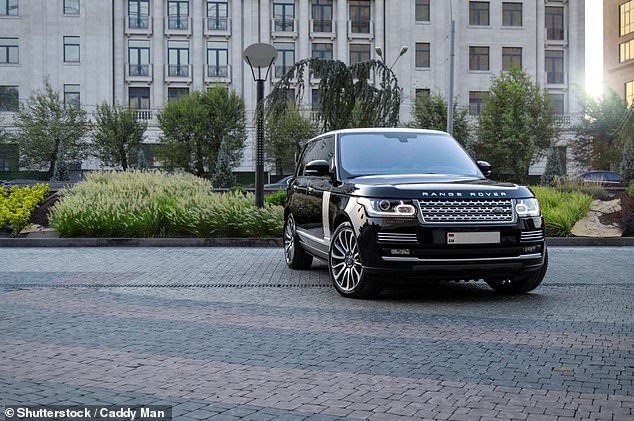 Sunny even able to con auctioneers out of a luxury car, paying just $46.88 for a black Range Rover which was quickly reported as stolen (stock image)

A warrant for his arrest was issued after the 32-year-old stopped fulfilling his obligations after he was bailed in April 2021.

But in In July 2021, Sunny’s glamorous lifestyle came to a crashing halt after he failed to cough up $60 for a personal massage gun he found on Facebook marketplace.

He sent the seller proof of a bank transfer and went to collect the gadget from their home, with the wary seller snapping a photo as he drove away in his Mercedes.

But the money never came through, and police were called.

Police officers later located the vehicle at a service station in Merrylands, and inside found a chequebook for one of Sunny’s bankrupt businesses.

The chequebook was used to fund half of his frauds with a hand-writing expert helping detectives scour other falsified documents, court documents show

Magistrate Greg Grogan described him as a ‘shyster’ who ‘has just ripped people off’ during sentencing on Tuesday.

Sunny was sentenced to almost two years behind bars and will be eligible for parole in January, 2023.

He was told his Australian visa would be cancelled with Mr Grogan warning he would most likely be deported to India on his release from prison.