Fishnet stockings, dusty dancefloors and PLENTY of skin: Inside Groovin the Moo music festival as nationwide tour continues – ahead of controversial pill testing at Canberra event

Revellers wore daring outfits to Groovin the Moo festival that left nothing to the imagination ahead of controversial pill testing.

Festival-goers sported bottomless overalls, crop tops and fishnet stockings at the Maitland leg of the nationwide festival tour on Saturday.

The second legal pill testing trial in Australia will be held at Groovin the Moo at Exhibition Park in Canberra on Sunday. 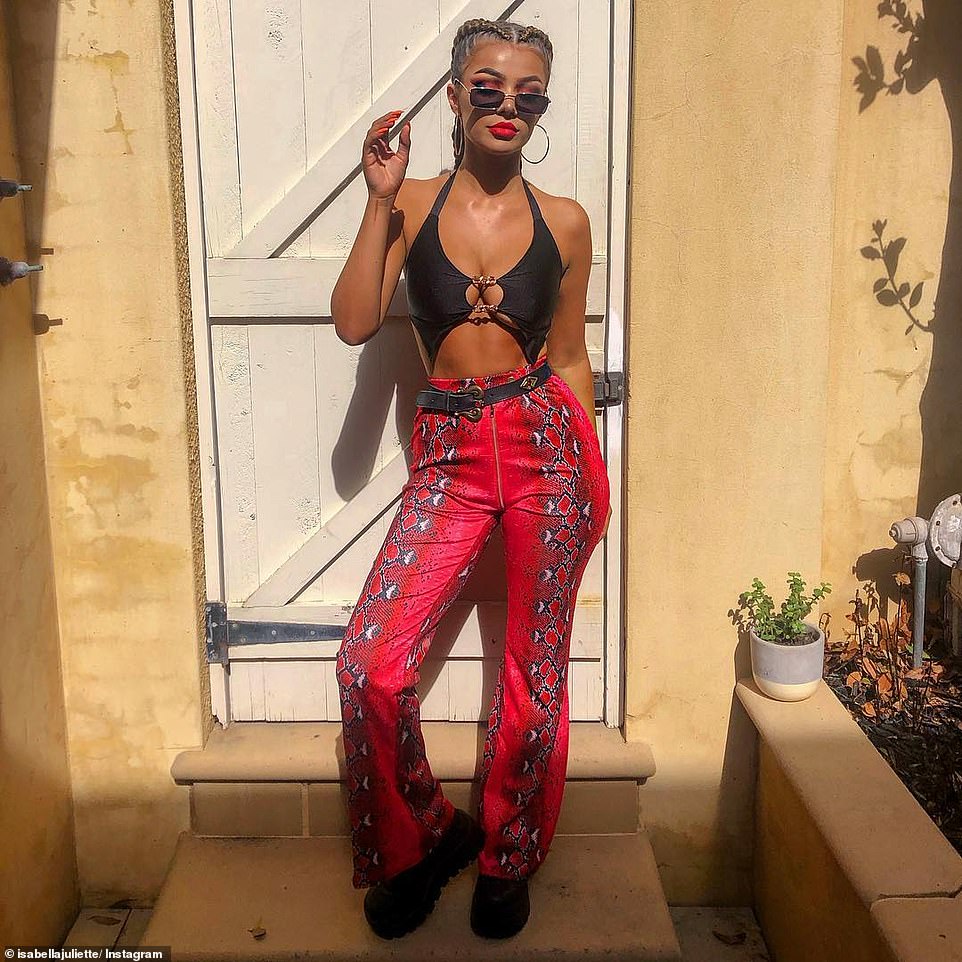 Adding some flare! This woman rocked a body suit with red flares that had a snakeskin pattern. She topped off the look with chunky platforms and big hoop earrings 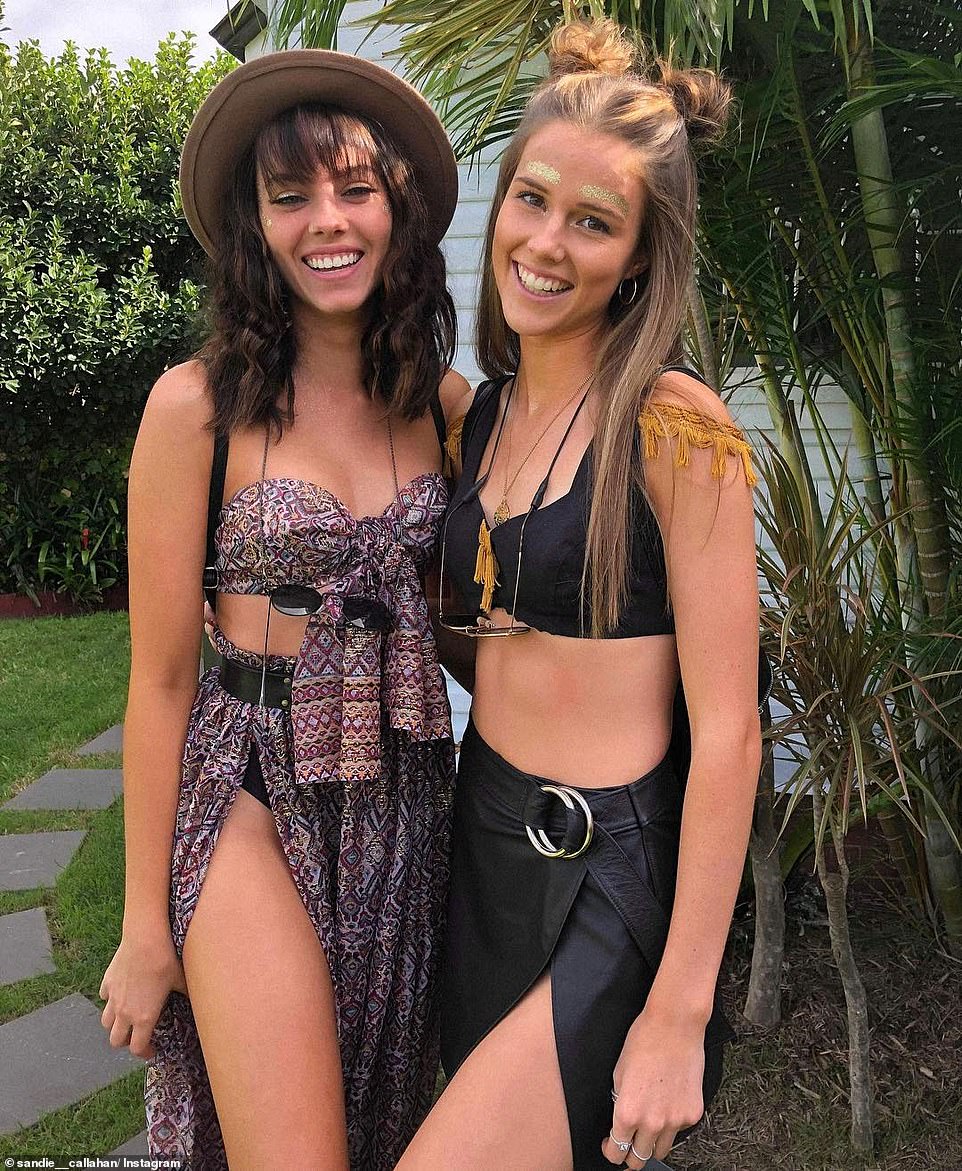 Twins! Two festival-goers donned crop tops, gold glitter and skirts with thigh-high slits. The woman on the left opted for a bohemian-patterned number while the woman on the right wore a black leather skirt and black top 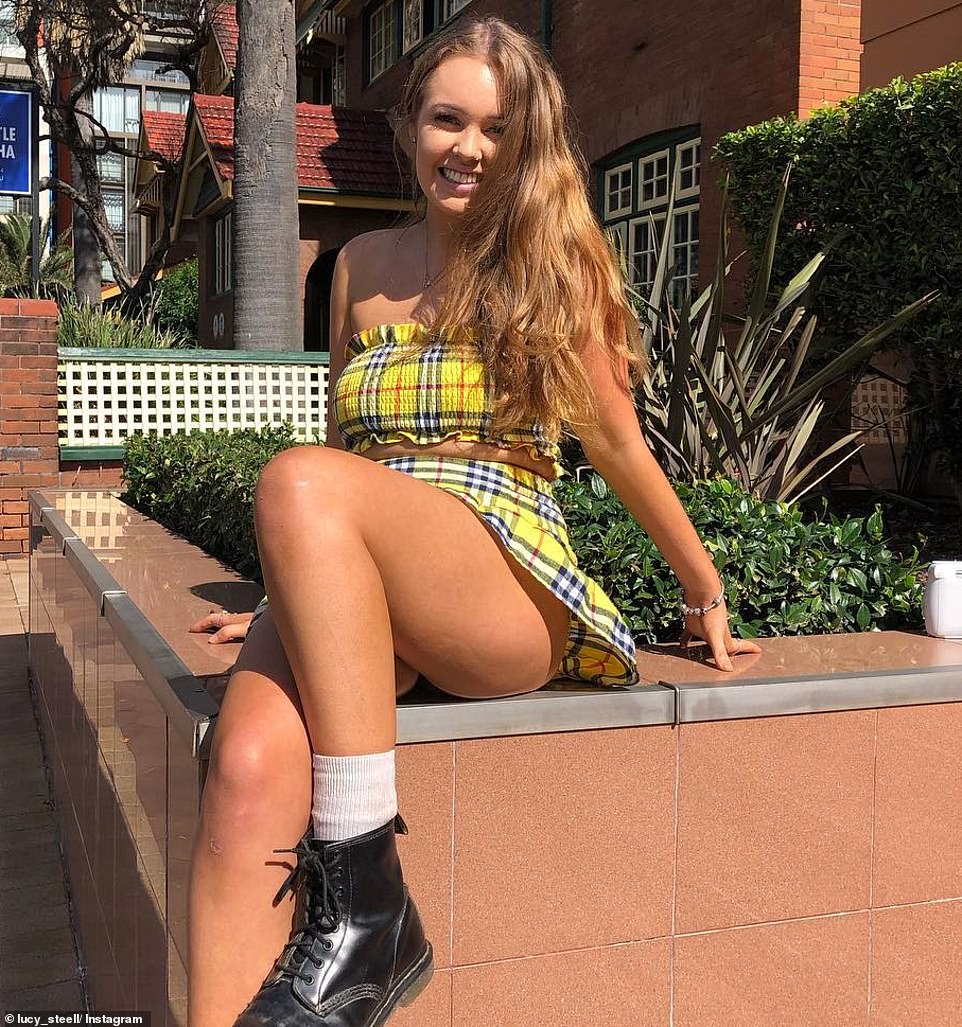 Clueless! This reveler channeled her inner Cher Horowitz from the classic movie by sporting a yellow plaid skirt and crop top. She finished off the look with a pair of combat boots to compliment one of the season’s most popular patterns

The festival will have stopped at Wayville in South Australia, Maitland in New South Wales and Canberra in the ACT in three days from Friday to Sunday.

Bendigo in Victoria will be next on May 4 with Townsville in Queensland and Bunbury in Western Australia to follow.

This year’s line up features a range Australian and international talent including producer Fisher who came in second on the Hottest 100 and DMA’s who had three songs on the list.

Australian hip hop legends Hilltop Hoods are putting on a show, as well as rising rap star Carmouflague Rose who is at forefront of the country hip hop scene.

Pop music’s newest sensation Billie Eilish is making an appearance ahead of sold-out sideshows and having the number-two single in the country with Bad Guy. 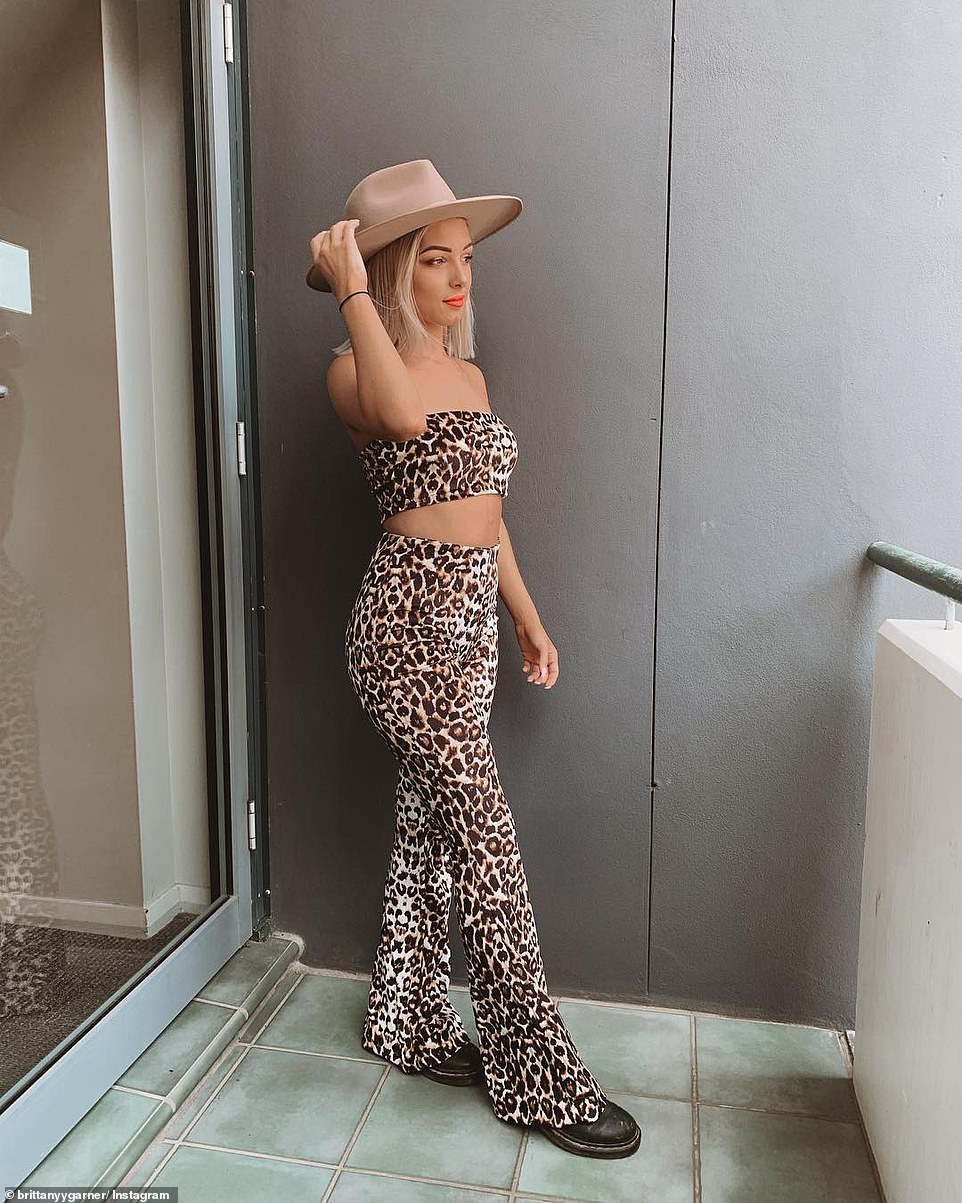 Animal prints proved to be very popular at Groovin the Moo this year. One woman sported a cheetah-print two piece with high-waisted trousers and a tube top topped with a wide-brimmed hat and Doc Martens to finish off the look 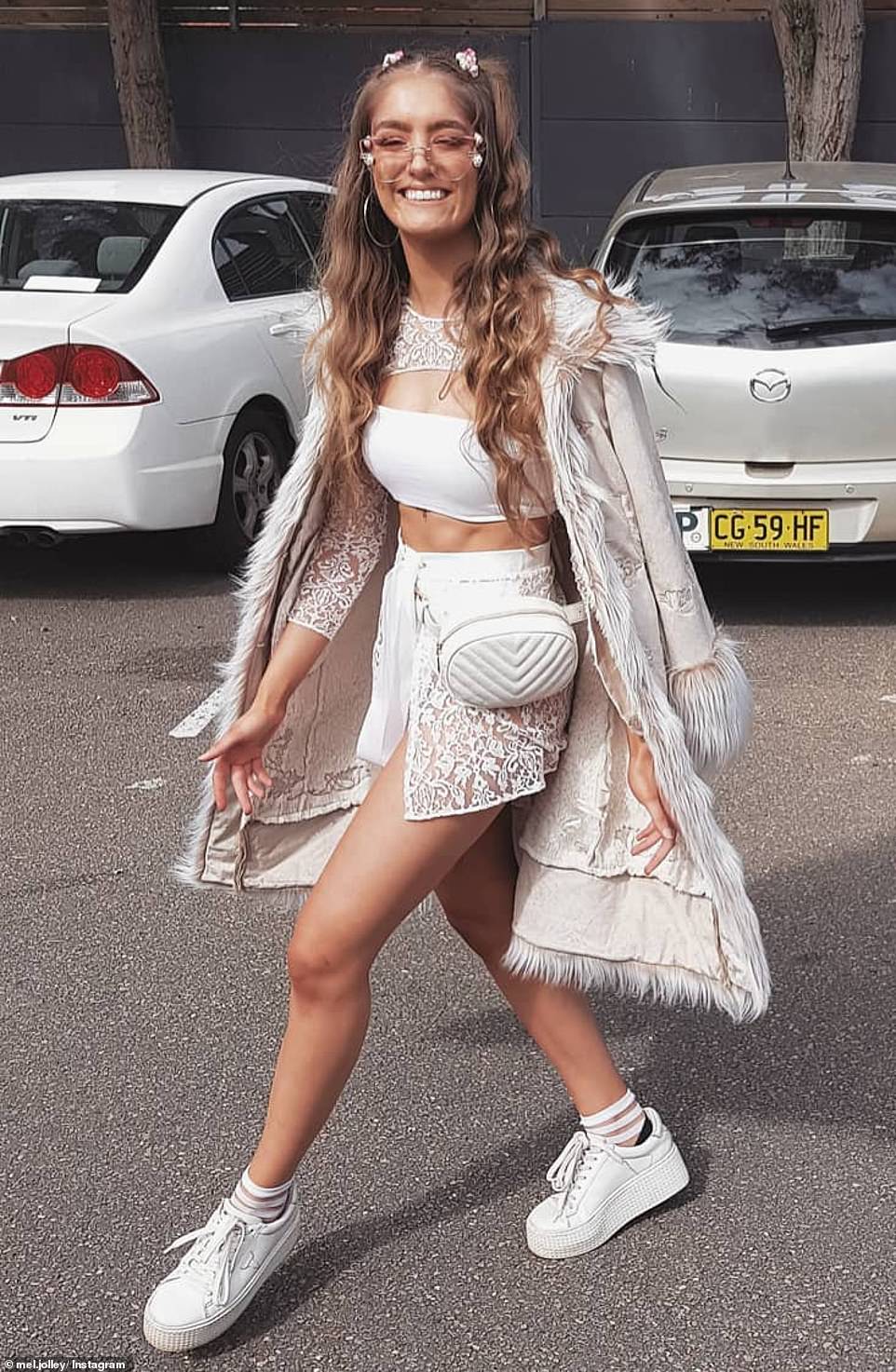 Are you all white? This woman took a risk by wearing all-white outfit to a music festival, which can get quite dirty. The lace detailing on her skirt and sleeves and fluffy coat elevated her outfit by adding layers of different textures 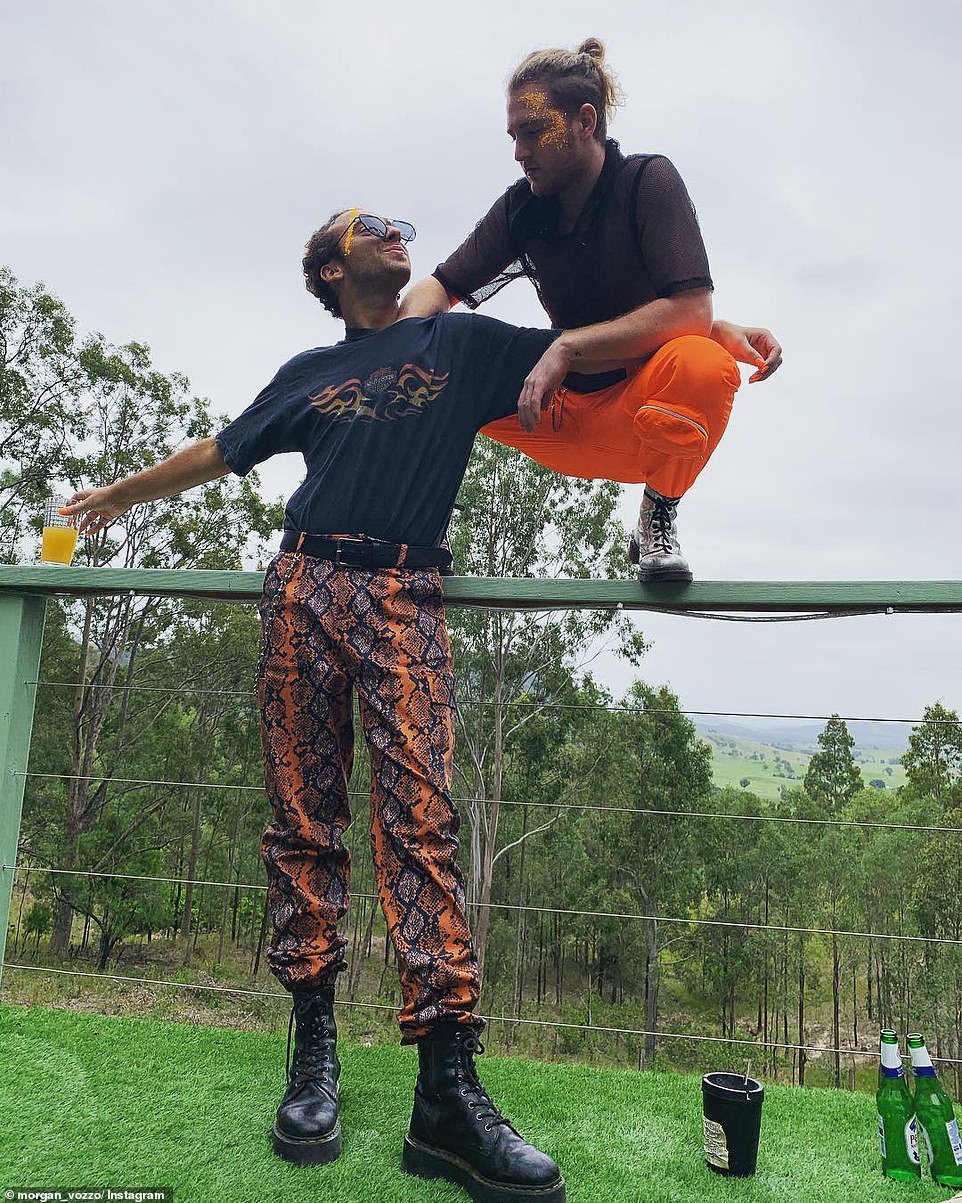 Orange juice and orange pants: This duo both rocked orange pants with one opting for a dark snakeskin print and the other going for a bright neon piece. Both wore gold glitter and Doc Martens with one of them rocking a shiny silver pair

Festival staples like combat boots, crop tops and sunglasses were widely represented, as they are at most festivals.

Plaid patterns and animal prints like snakeskin and cheetah were the theme of the first weekend of Groovin The Moo 2019.

One woman sported a cheetah two piece with high-waisted trousers and a tube top topped with a wide-brimmed hat and Doc Martens to top off the look.

Another woman channeled her inner-Cher-Horowitz from Clueless by sporting an iconic yellow plaid skirt and crop top, which is one of the season’s most popular patterns. 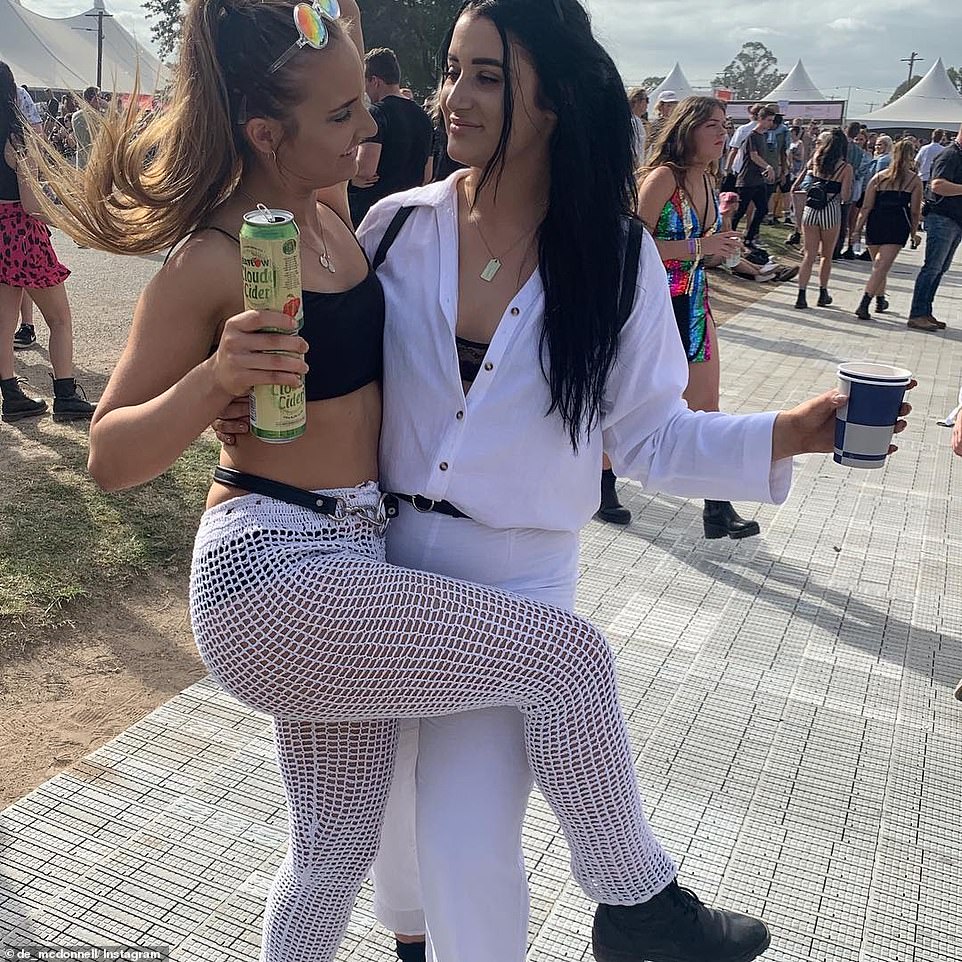 Another duo braved the festival elements with white clothes. One opted for fishnet trousers and a black crop top while the other rocked white jeans and a flowy white shirt 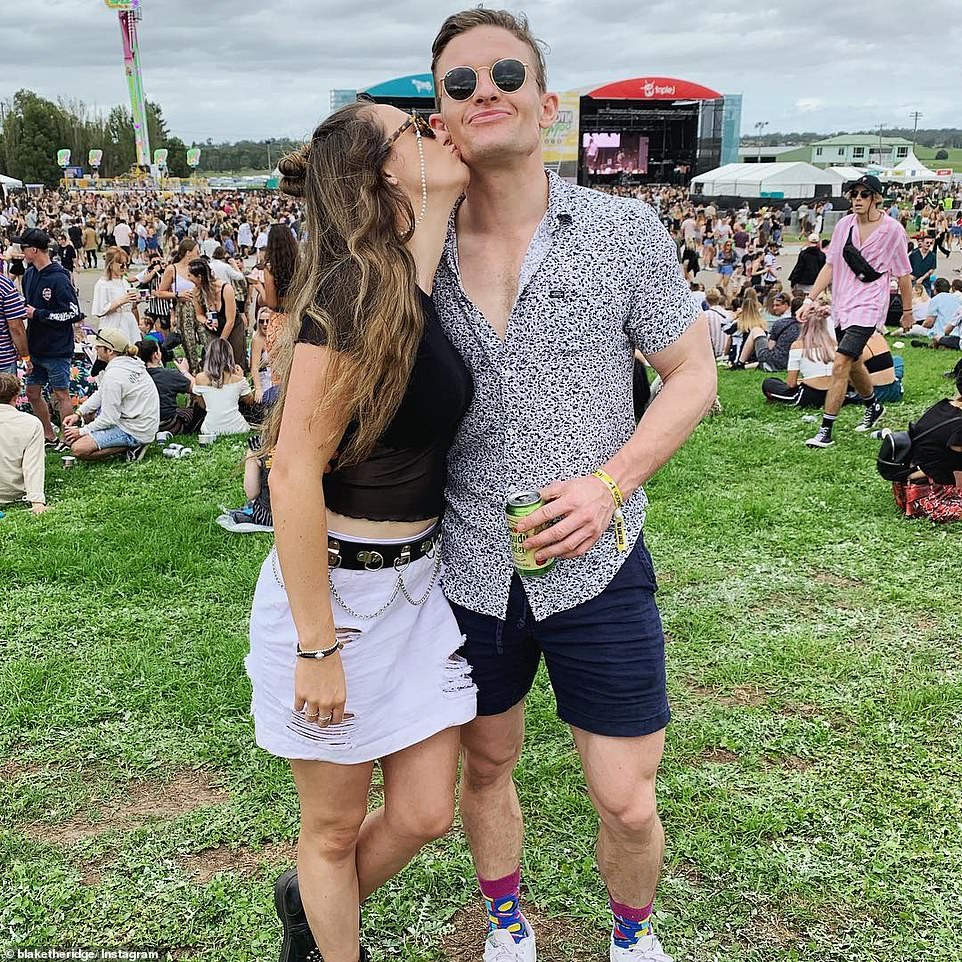 Couple alert! This couple threw shade together by both wearing sunglasses. She wore distressed white denim shirt and a cropped shirt, he showed some chest with a buttoned down shirt, chino shorts and some crazy socks

Australia’s second legal pill trial will be held at the Canberra leg of Groovin the Moo on Sunday.

It will be run by Pill Testing Australia, which also ran the first pill testing trial at the same festival in Canberra in 2018.

Data from last year showed 80 per cent of those who tested believed they were taking MDMA or ecstacy, when in reality less than half contained the drugs in their pure form.

Pill testing has been the source of much controversy, with activists pushing hard for testing to be allowed at all festivals, as five young people aged 19 to 23 died at festivals in NSW over the summer festival season. 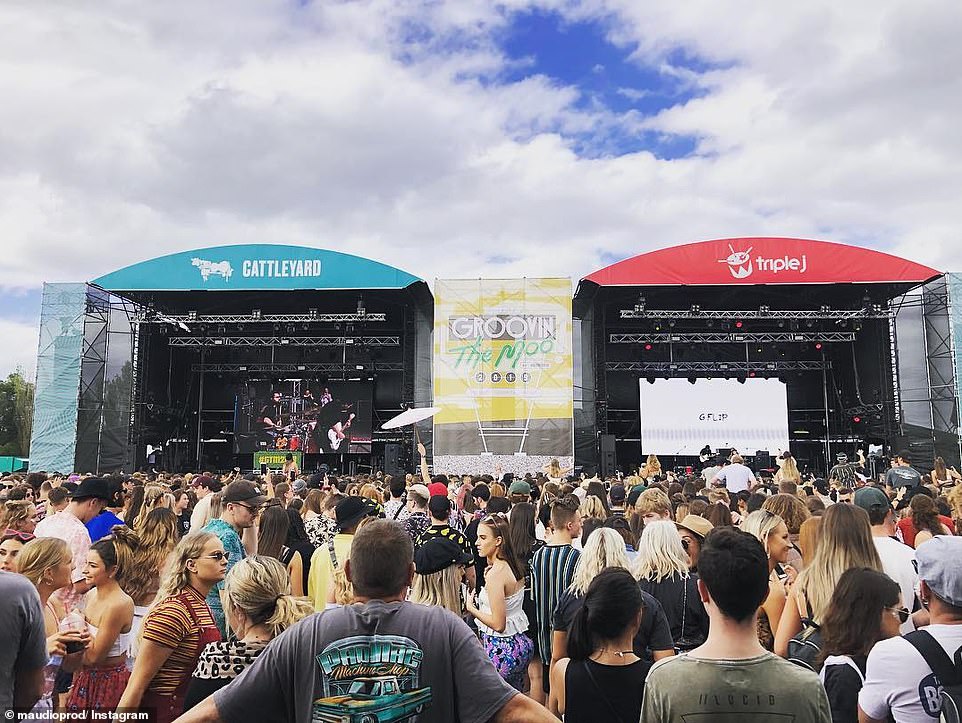