A charismatic entrepreneur who rubbed shoulders with some of the world’s biggest names in business spent his final days at a lavish Airbnb cottage in Kenya, alone with the curtains drawn.

Jake Millar, 26, ended his own life on November 28, about 13,000km away from his childhood home near Christchurch, New Zealand.

There he had captured the hearts and minds of business leaders and the local community as a teenager after the 2011 earthquake that killed 185 people.

The caretaker who stumbled upon Millar’s body at the $112-a-night property told Daily Mail Australia the normally smooth-talking youngster barely made eye-contact when they spoke, appearing ‘sad and withdrawn’. 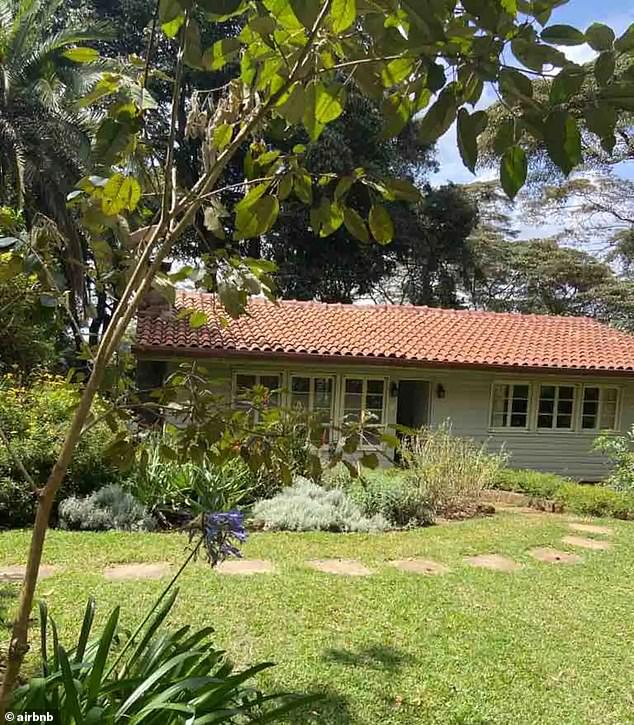 Jake Millar ended his life at a lavish Airbnb cottage in Nairobi, Kenya, (pictured) alone with the ‘curtains drawn’

‘He largely kept to himself and often had the blinds and curtains to the house drawn’ – caretaker Geoffrey Muteti told Daily Mail Australia.

The Kiwi enjoyed a meteoric rise to fame and acclaim from across the globe until his motivational startup Unfiltered spectacularly collapsed at the beginning of this year.

Facing intense ridicule on social media and hounded by the investors and the press, he left for a ‘new horizon’ and moved to Africa.

But his desperate attempt to evade the spotlight and find ‘enlightenment’ in a far-away land did not go to plan with Millar becoming increasingly ‘detached’ and ‘isolated’ in Nairobi.

He was staying at Hemingways – a five-Star boutique hotel in the capital where rooms cost about US$500-a night.

Millar then moved to a picturesque Airbnb cottage on the outskirts of the city on November 20 with just ‘a suitcase and two small carry bags’. 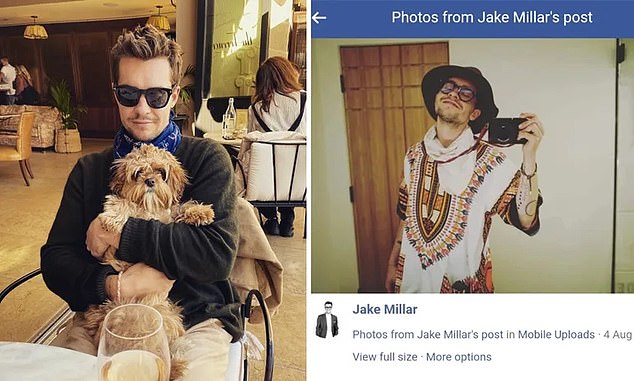 Jake Millar (pictured) went from an entrepreneur who rubbed shoulders with some of the biggest names in business to the ridiculed founder of a failed company which was compared to the demise of corporate disasters like Theranos, WeWork, and the Fyre Festival 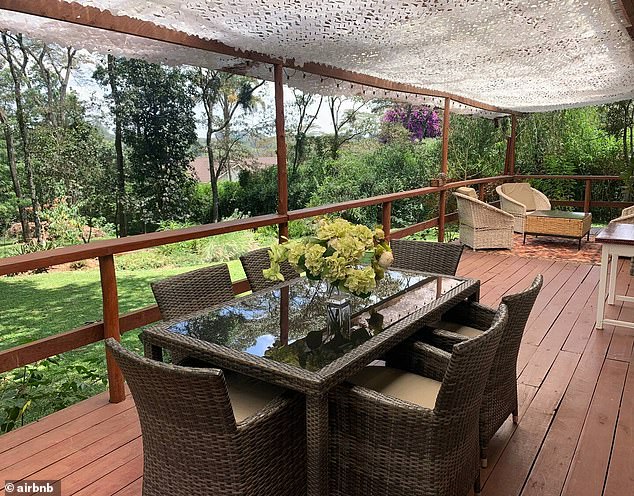 Caretaker of the one-bedroom cottage in upmarket Karen, Geoffrey Muteti, said through a translator that Millar seemed ‘lost in his own small world. Sad, removed and detached’.

‘He was staying alone with nobody else for company. No girlfriend, no friends,’ he said.

‘He largely kept to himself and often had the blinds and curtains to the house drawn. You could barely even notice that the house was occupied.’

Whenever Mr Muteti interacted with Millar he said the Kiwi ‘never made eye contact’ – a startling observation given the celebrated interviewer conducted hundreds of on-camera chats with business leaders like Richard Branson. 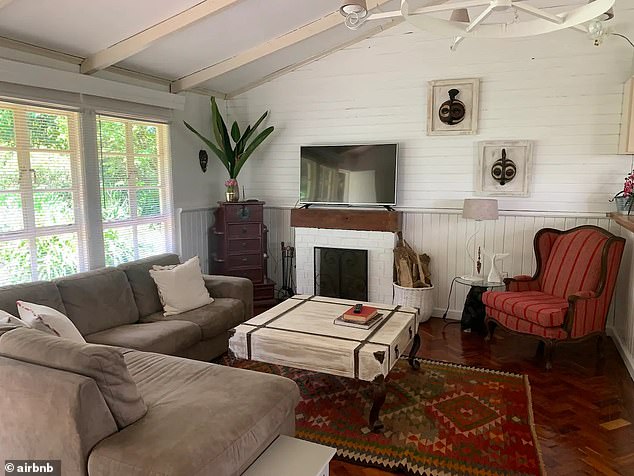 Caretaker of the one-bedroom cottage in upmarket Karen (pictured) said through a translator that Millar seemed ‘lost in his own small world. Sad, removed and detached.’ 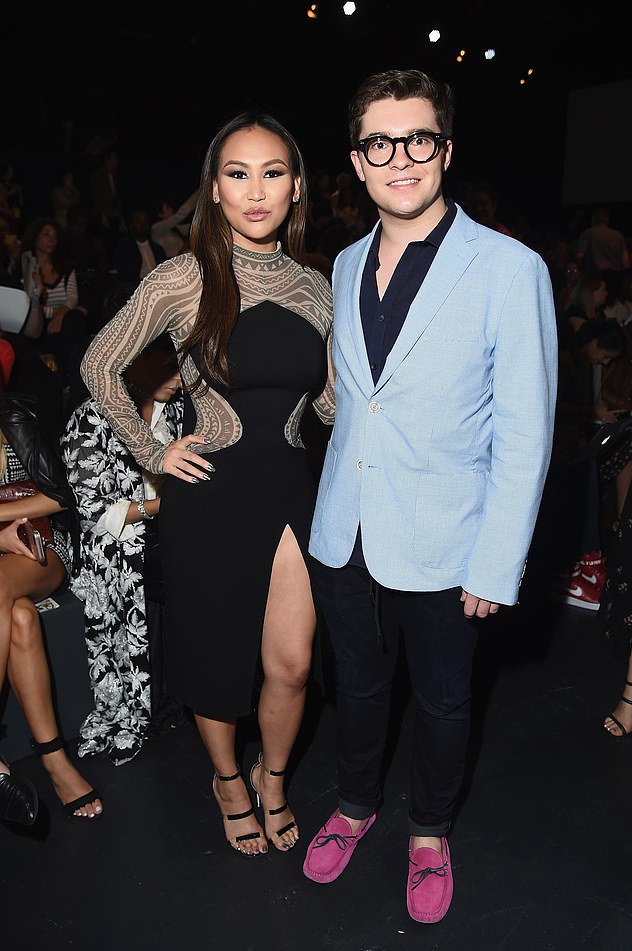 Jake Millar (pictured right with Dorothy Wang at New York Fashion Week) took his own life 13,000km away from his childhood home in Christchurch where he captured the hearts and minds of business leaders and the local community as a teenager after the 2011 earthquake that killed 185 people

He also never ‘never drove’ and would get picked up by an Uber right from the gate of the Airbnb ‘at uneven times of the day’.

To his horror, the caretaker was doing the rounds of the compound one morning ‘to check everything was OK’, when he stumbled upon Millar’s body.

Investigators who arrived on scene found the house was kept ‘clean and tidy’ and said there were no signs of disruption.

On the living room table police discovered a half empty bottle of water and an assortment of prescription drugs including sleeping pills.

His Samsung Galaxy Fold 3 phone was also on the table.

It still remains unclear what the entrepreneur, known for his designer clothes, Rolex watches, collection of fine art and love of Gucci loafers, was actually doing in Africa. 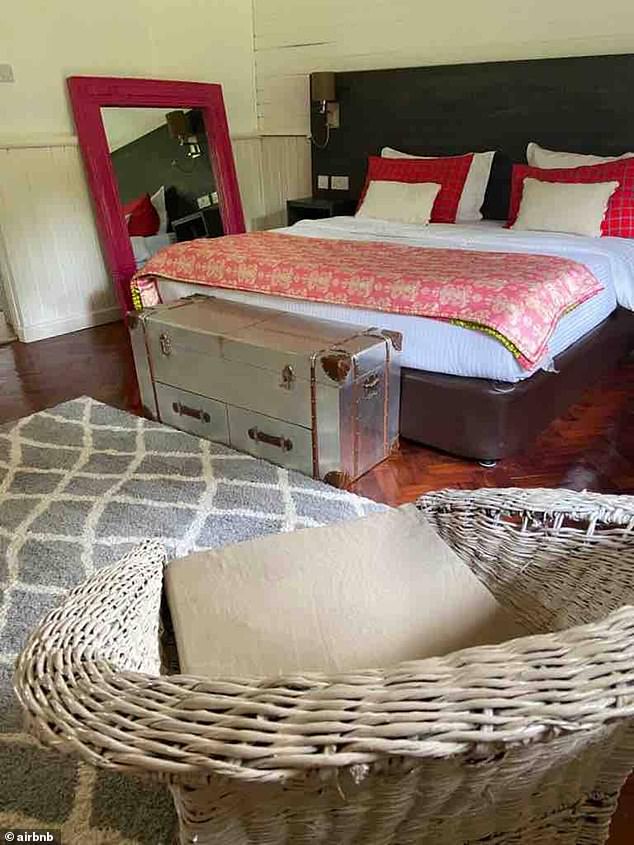 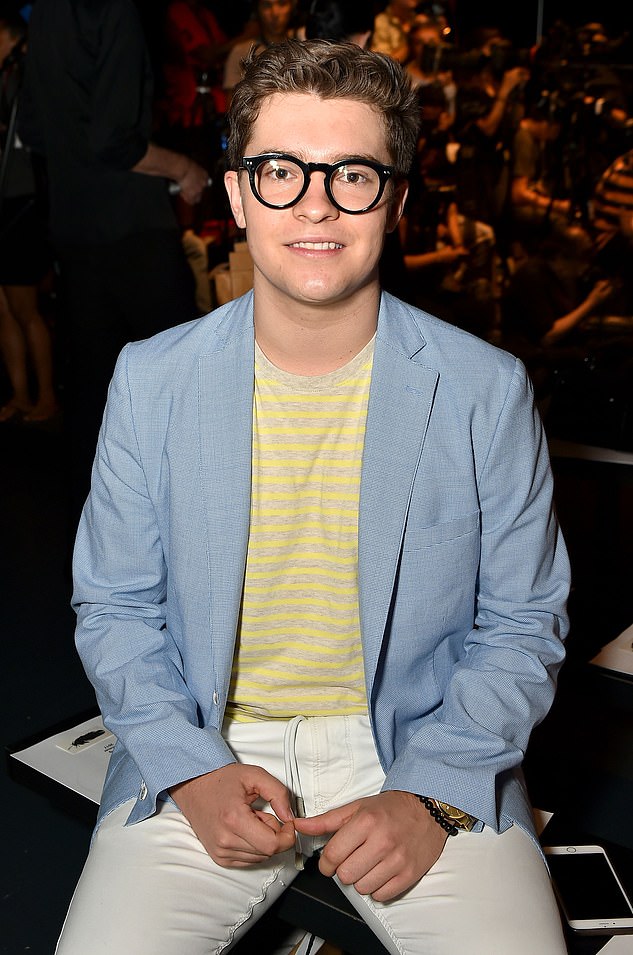 READ MILLAR’S HEARTBREAKING EMAIL TO FRIEND IN HIS FINAL DAYS

Jake Millar’s friend Sir Ray Avery said in a social media post after his death that the 26-year-old’s crime was being ‘a charismatic tall poppy’ because ‘NZ does not tolerate tall poppies’.

‘NZ media literally ran Jake out of town,’ he said.

‘Left alone with just the ‘trial by media ‘comments recirculating in his head Jake took the final step to make the pain go away.’

The award-winning scientist, inventor and author shared an eye-opening extract from a recent email Jake addressed to him and his wife Anna.

‘You are two of the most beautiful people in the world,’ Millar wrote.

‘Thank you for looking after me when I was actively trying to die because of the media tsunami in NZ.

‘The NZ media can be so nasty and being away from NZ I’m starting to feel more optimistic about the future. Love to you both.’

Millar suffered a spectacular fall from grace after selling his motivational video platform Unfiltered, once valued at $12 million, to Crimson Education for an undisclosed fee thought to be about $100,000.

The calamity was widely compared to the demise of corporate disasters like Theranos, WeWork, and the Fyre Festival.

Millar shed some light on the move in an interview with the Spin Off in March.

‘My business has commercially failed and I have no obligations anymore to a set of investors,’ he said.

‘I haven’t raised a fresh set of capital and I don’t owe my time to any venture. I really am able to go in any direction I want and try something new.’

He said the idea of moving to sub-Saharan Africa felt like a shake-up he needed, fearing the rest of his life would be too ‘boring and predictable’ if he didn’t make a radical change.

But Millar also admitted he arrived in the East African nation with ‘no business idea, no capital and quite frankly, no clue’.

He first started turning heads as a teenager after the 2011 Christchurch earthquake when he approached local industry leaders asking them to speak at Christchurch Boys high school to inspire students.

It was so successful, Millar went on to found the video platform Oompher which featured high-profile Kiwis sharing their advice and insights on success.

He sold the company to the Ministry of Education and went on to establish Unfiltered, a similar platform with an international focus.

While the business secured exclusive interviews with the likes of Richard Branson and former NZ prime minister Sir John Key, eventually the platform collapsed, hastened by the Covid pandemic.

At it’s core it was a business education video site, but detractors say it lacked the ‘detail, rigour and technical nuance’ to fulfil it’s purpose and was doomed to fail. 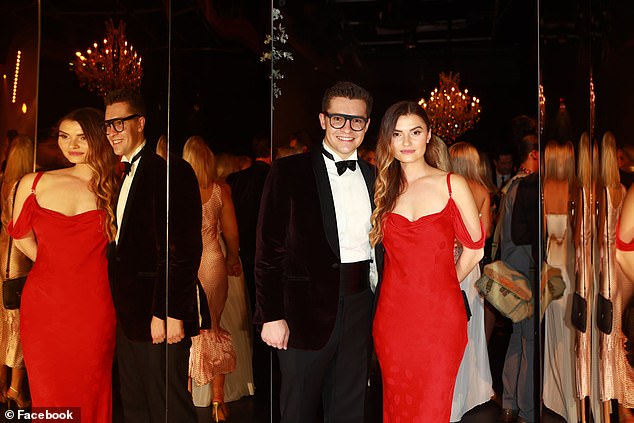 Although the young man was initially hailed for his tenacity and entrepreneurial spirit, news sites and social media became flooded with commentary on his wild spending.

A few of his most infamous travels included nine days in the Nevada desert to see Burning Man and renting out a boutique villa in Joshua Tree, California, to celebrate his 25th birthday.

Millar’s life was also tinged with grief when his father died in a skydiving plane crash on Fox Glacier on NZ’s south island when he was just 15.

Despite his dad’s death, he went on be a stellar student who was named Forbes magazine’s North America 30 under 30 to watch in education in 2018.

He famously turned down a $40,000 university scholarship to concentrate on his startup businesses as a teenager. 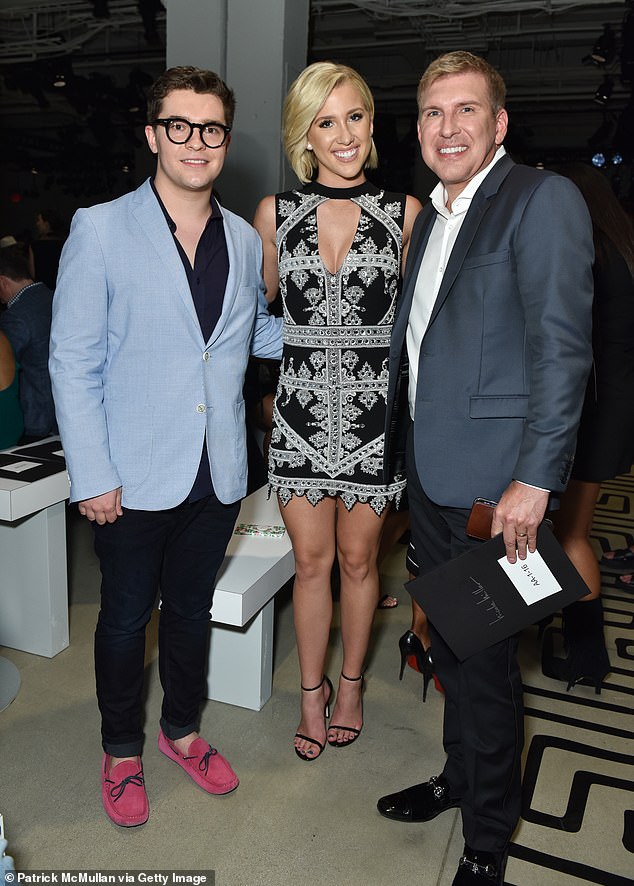 The Lifeline Art Auction and Cocktail Party auctioned off paintings with the proceeds going towards the charity.

‘From the first time I met him, I knew he was someone special,’ he told the NZ Herald.

‘He had a mixture of courage, warmness, intellect and a maturity and strength to deal with adversity, which is never easy for a young person. I respected him and I will miss him.’

Former New Zealand politician Don Brash reflected on the aftermath of the Christchurch earthquake and the initiative Millar showed to try and inspire his community.

‘For someone in year 12 to do that at a time when many of his colleagues were feeling quite depressed is remarkable,’ he said. 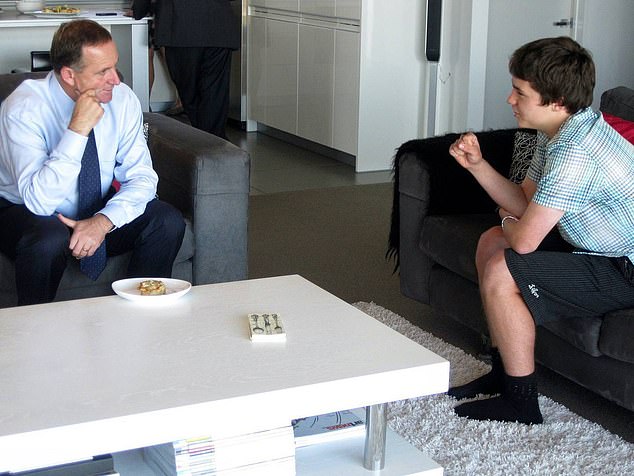 ‘Jake had his critics. But not so among the big names he interviewed in his career: Virgin’s Sir Richard Branson, General Stan McChrystal, and Bravo co-founder Orlando Bravo to name just three from the 300-plus interviews he carried out.

‘I will miss his infectious enthusiasm. But more the exciting chapters I would have wanted ahead for him. I am saddened this will not now happen.’

Crimson Education founder Jamie Beaton Jake ‘had an ability to connect with people that was mesmerising’.

‘New Zealand too often suffocates ambition in its young people, but Jake burned bright. I had never met anyone in New Zealand like Jake Millar,’ he said.