BY CHRISTOPHER WILSON FOR THE DAILY MAIL

Philip’s first cousin and best man. Both served in the Navy and, as bachelors after the war, drove around London in an open-top sports car, carousing to dawn.

But, while Philip buckled down to work after marriage, Milford Haven continued partying.

By the mid-1950s, he was hosting sex parties at his Grosvenor Square flat for carefully chosen male guests.

Evenings began with card games called ‘Chase The Bitch’ and ‘Find The Lady’. Winners paired off with the women for sex in the luxury bedrooms.

He drifted apart from Philip soon after the Royal Wedding and died of a heart attack aged 50.

Lawyer, author and restaurateur. Fascinated by the case of Timothy Evans, hanged in 1950 for the murder of his daughter. He published The Man On Your Conscience, an investigation into the story of the infamous murder at 10 Rillington Place in London.

He argued that the real culprit was serial killer John Christie and his book was partly responsible for Evans receiving a posthumous pardon by the Queen.

The case played a key role in the subsequent abolition of capital punishment in Britain.

Deeply involved in the Sixties Profumo scandal, in which Secretary of State for War John Profumo resigned when it emerged that a call girl he had been seeing, Christine Keeler, was also sleeping with a Soviet naval attache.

The man at the heart of the scandal, society osteopath and pimp Stephen Ward, had also introduced Eddowes to Keeler in 1962, and he fell in love with her.

As Keeler later revealed: ‘I kept my date with Michael Eddowes, but he was far too old for me. He was nearly 60, but he certainly was interested and wanted to set me up in a flat in Regent’s Park.’

After two of her other lovers got in trouble with the law, she sought legal advice from Eddowes.

And pursuing a second ‘miscarriage’ of justice, he wrote The Oswald File, arguing that a Soviet agent impersonating Lee Harvey Oswald was the real assassin of U.S. President John F. Kennedy.

He also claimed that Kennedy’s successor, Lyndon B. Johnson, covered up the involvement of the KGB so as to prevent a nuclear war with the Soviet Union.

To test his theory, Eddowes brought a legal suit to exhume the body of Oswald’s supposed ‘impersonator’ — which took place in Texas in 1981. Dental records proved Eddowes wrong . . . it was actually Oswald. Having retired as a lawyer, Eddowes ran the Bistro Vino restaurant chain.

Thrice-married, his son said he ‘was active until nearly the end, fishing and writing’. Died aged 90 in a retirement home near Bognor Regis, West Sussex.

Anglo-Irish journalist. While serving as a colonel in the Western Desert during the war, conceived and set up Soldier magazine, which remains the Army’s official monthly publication.

The first edition was printed in Brussels in 1945 and a reporter from the magazine visited Belsen concentration camp.

In 1946, Fielding helped the photographer Baron Nahum — a friend of Lord Mounbatten (and who took the stag night picture) — to found the Thursday Club.

Witty and stylish, Fielding was described as a ‘terrific snob’ by novelist Margery Allingham, one of the four great ‘Queens of Crime’. Editor of Tatler (1946-54), he later worked for the Daily Express. 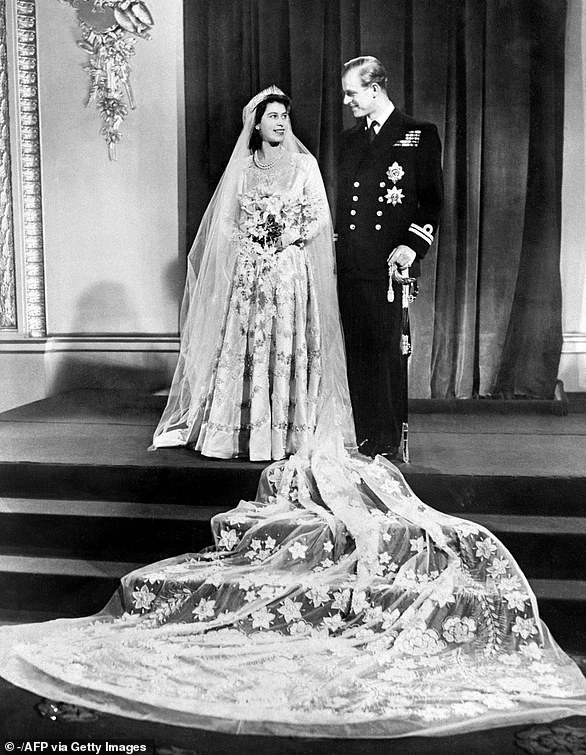 Princess Elizabeth (future Queen Elizabeth II) and Philip, Duke of Edinburgh pose on their wedding day at Buckingham Palace in London on November 20, 1947

Legendary editor from 1933 to ’57 of the Daily Express, once the world’s biggest-selling newspaper — with sales peaking at more than four million in 1949.

The son of a shipbuilder, at 16 he started at the Wallasey and Wirral Chronicle before being hired by Press baron Lord Beaverbrook. Famous for exhorting his staff: ‘Always, always tell the news through people.’

Known by fellow Thursday Clubbers for drinking champagne out of his own shoe.

Philip condemned the Express as ‘that bloody paper!’ in 1956 after reports of tension in his marriage, with him on a world tour aboard Royal Yacht Britannia and said to be accompanied by several women.

Christiansen’s memoirs, Headlines All My Life, have been loved by generations of journalists. Died at 59 in a Norwich TV studio.

Proprietor of Wheeler’s restaurant, Soho, where the Thursday Club usually met. Began work as a dancer before selling oysters in Whitstable, Kent, then opening an oyster shop in London frequented by intellectuals such as painters Lucian Freud and Francis Bacon (and Walt Disney).

It became Wheeler’s and thrived because oysters escaped post-war rationing. Donald Maclean, one of the ‘Atom spies’, ate his last lunch there before fleeing for Moscow with fellow traitor Guy Burgess.

Artist, designer and writer. As a war correspondent, sent home ‘Young Bert’ cartoons from France which inspired the song We’re Going To Hang Out The Washing On The Siegfried Line, a reference to Hitler’s military fortification.

After the war, became a commercial artist and created the Mr Cube character for a Tate and Lyle sugar advert.

It was used in the firm’s campaign against the Labour government’s plan in 1949 to nationalise the sugar industry. 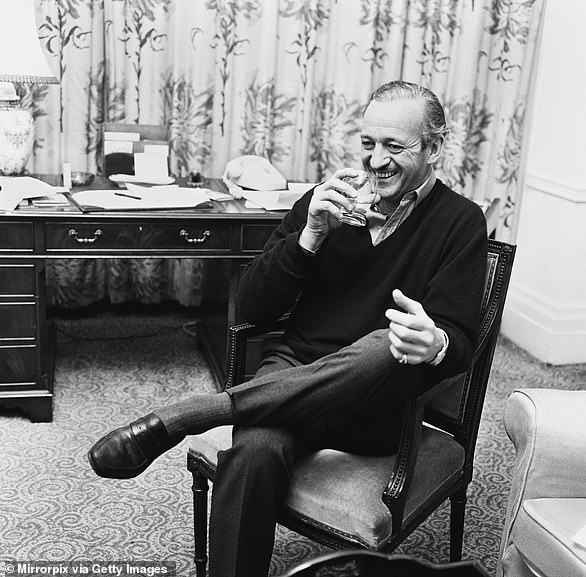 Scottish actor, known for playing villains — in Hitchcock’s Dial M For Murder, and several 007 film roles (Professor Dent in Dr No and Blofeld in From Russia With Love and Thunderball). Died of cancer aged 75 in Sussex.

Canadian journalist. Became a correspondent for the Canadian Broadcasting Corporation in World War II, reporting from the D-Day beaches. He later hosted coverage of the Coronation. His daughter married critic Kenneth Tynan. Died aged 52 in London.

Distinguished sailor who served in the Royal Navy during both World Wars. On his retirement in 1947, became a magazine editor, film director, writer and illustrator. Editor of Sketch magazine and author of five naval books.

In 1968, won libel damages (which he gave to charity) from Holocaust denier David Irving, who claimed Broome had made a fatal decision while in charge of the ill-fated Allied convoy PQ-17 in the Arctic.

Twice-married. Spent his final years in a cottage near Henley-on-Thames and died aged 84.

Jaunty actor with military-style moustache who specialised in playing cads. Born in Hove, East Sussex, he first worked at the London Stock Exchange before switching to acting.

Roles in the George Formby musical comedy Keep Fit (1937), The Belles Of St Trinian’s, Goodbye Mr Chips and the anti-war drama Oh! What A Lovely War (1969). TV appearances in Dixon Of Dock Green and Hancock’s Half Hour.

Had an affair with the wife of fellow actor Rex Harrison. Died, aged 66, in Moreton-in-Marsh, Gloucestershire.

Best man for David Niven for the actor’s two weddings. His many film appearances included The Lavender Hill Mob, The Guns Of Navarone and The Pink Panther. Twice-married, he died aged 79 in Sussex.