Qantas passengers travelling on the airline’s latest direct route from Queensland to the United States east coast are in for a luxurious treat.

The flying kangaroo’s debut Brisbane to San Francisco flight departed on Sunday in a new Boeing 787-9 Dreamliner- an aircraft centred on cabin comfort.

Splashing out on premium economy seats will give travellers a bigger bang for their buck.

The new entertainment package offers newly-released movies, including Once Upon a Time in Hollywood, the Joker, and Jojo Rabbit, which are all screened on the a HD 13.3 inch screen.

Premium passengers are also given Napolean Perdis or amenities, a plump pillow and champagne.

The 12-hour 40 minute Brisbane to San Francisco, QF59, service will operate three days a week on a Tuesday, Thursday and Sunday.

In April, Qantas will start flying from Brisbane to Chicago, adding another unique route to its network using the Dreamliner. 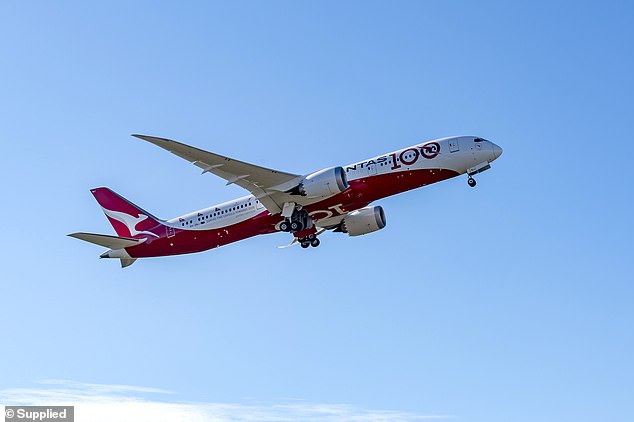 Qantas’s 787-9 Dreamliner  (pictured), designed for cabin comfort, has been deemed ‘the most advanced long-haul aircraft of its type anywhere in the world’

‘These new services will link Australian corporate and leisure travellers with two lynchpin capitals of commerce and culture in the United States,’ he said.

‘Customers will save around four hours travel time compared to the one-stop options currently on offer. 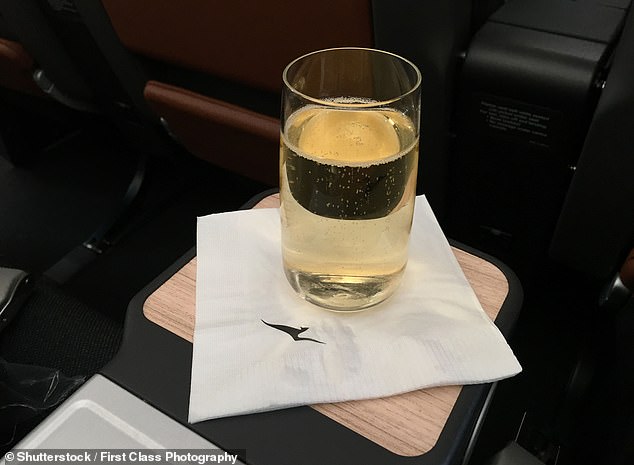 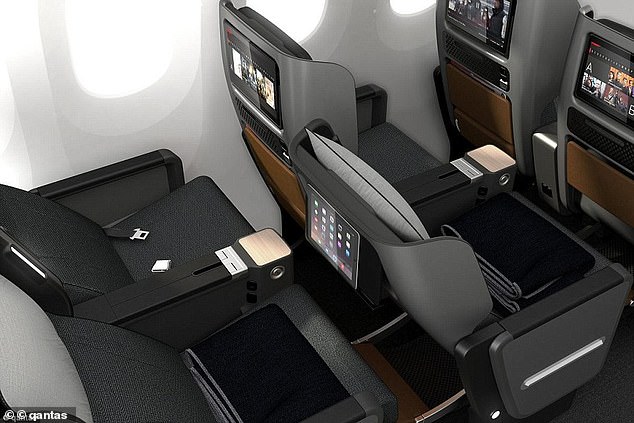 Qantas’ premium economy seats (pictured) recline in a way purported to be more comfortable both for the passenger and the one behind them and come with an iPad holder and 13.3 inch entertainment screen

‘There are some inbound tourism benefits too.

‘These direct routes put some of Australia’s most popular destinations like the Whitsundays just a one-stop flight away from a foggy San Francisco morning or a chilly Chicago day, and that’s great news for Queensland and Australian tourism.’

Mr La Spina added that Australian tourism had witnessed a slow start in 2020.

‘It’s been a difficult start to the year for Australian tourism but new routes like this help to stimulate interest and bring more visitors,’ he said.

‘The message we’re sending to the US is that Australia is very much open for business and it’s easier than ever to get here.’

In a statement, Qantas said on Sunday the company will continue to promote Queensland destinations in the US market throughout 2020. 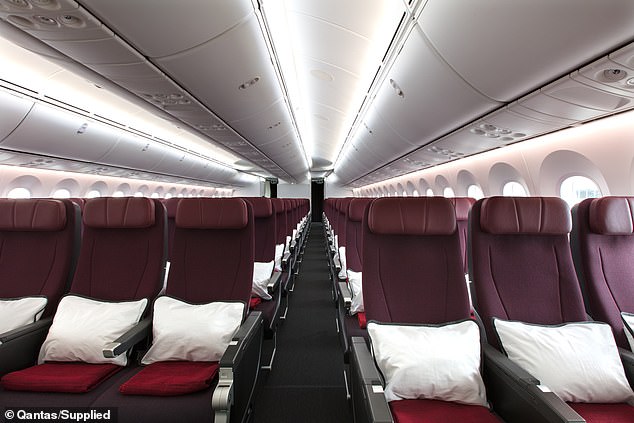 Dreamliners offer built-in comfort features regardless of class, including high ceilings, large windows, high cabin pressure to mimic the feeling of being on the ground, quieter engines, and cosy seats (economy pictured)

The company aims to encourage American visitors to Australia, highlighting iconic Aussie destinations like the Great Barrier Reef, which were not impacted by the heavily reported bushfires.

‘This service will see a boost of 73,632 per annum inbound seats and $67.1 million for the Queensland economy over the next three years. It also means more than 700 jobs.

‘We know direct aviation access is key to growing our state’s tourism industry and that’s why we’re continuously working with our partners to explore new opportunities for Queensland,’ Minister Jones said.

The Boeing 787-9 Dreamliner, deemed ‘the most advanced long-haul aircraft of its type anywhere in the world’, boasts 42 business, 28 premium economy and 166 economy seats. 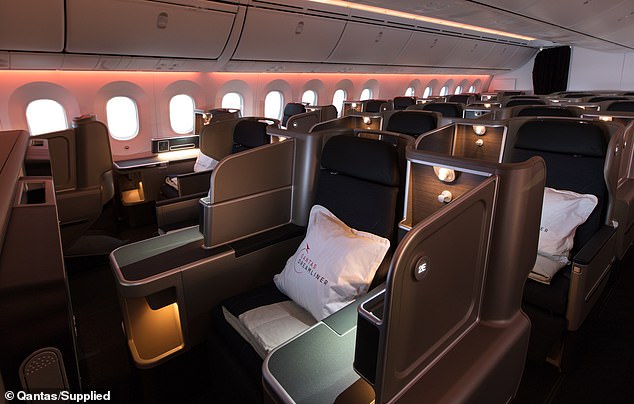 Business class passengers are treated to conversion seats that turn into lie-flat bed, a large entertainment touch-screen and noise-cancelling earphones