Families have spoken out about the ‘horrendous’ conditions their loved ones are living in at the aged care home where an elderly dementia patient was allegedly attacked.

Bupa Seaforth on Sydney’s northern beaches has apologised ‘unreservedly’ to its patients and their families, following sanctions placed on the facility by the Federal Department of Health.

The facility failed to meet the majority of basic care standards in a recent audit, which revealed an ‘immediate and severe risk to the health, safety or well being’ of patients.

Bupa Seaforth has lost its government funding for the next six months and is at risk of being shut down if it doesn’t lift its game.

A letter to residents’ families obtained by the ABC states that the facility will not accept new patients so it can ‘focus on fixing the problems for current residents’.

Greg Stockley described conditions at the facility as ‘horrendous’, claiming his mother Lorna, 84, was often given other people’s medication or none at all.

‘The food is like pig slop. There was shepherd’s pie I wouldn’t feed to my dogs,’ he told The Daily Telegraph.

Another family said their relative, who was incontinent, sat in his own faeces for hours.

One employee described the facility as a ‘disgrace’ and said it was constantly short-staffed. 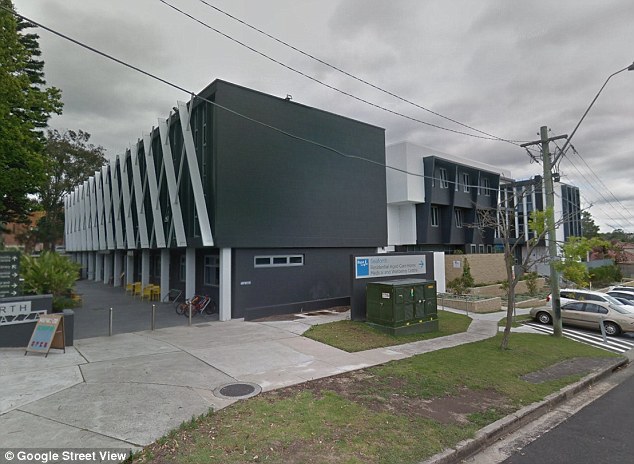 ‘We know there have been serious failings at Bupa Seaforth (pictured) and we apologise to residents and their family members for this,’ a spokesman told Daily Mail Australia

The shocking footage shows Mr Nabulsi cowering in fear as Paudyal allegedly shoves and drags him across the bed.

He then allegedly repeatedly hits Mr Nabulsi with a shoe as he forces him to undress.

Paudyal was charged in relation to the alleged assault and will reappear in Manly Local Court on October 9.

He was also sacked by the facility.

Family members met with management and government officials last week, including Mr Nabulsi’s daughter Ayda Celine, who described the meeting as ‘useless’ and eventually walked out. 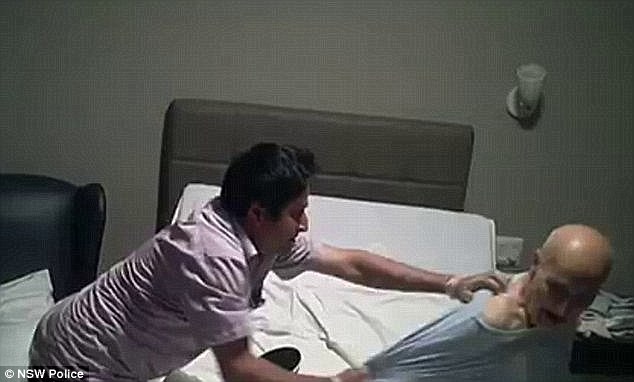 ‘It actually sounded like the officials were blaming the families for not supporting the care staff — but in reality, we are there every day, doing their job, so they were taking no accountability for what was happening in that facility at all,’ she told the ABC.

‘When we asked about staff-to-patient ratios, we were told that they [Bupa] didn’t have one — and they couldn’t say how they would make sure the staff are properly trained.’

A Bupa spokesman told Daily Mail Australia on Wednesday morning that the facility is working with the department to address issues in the report. 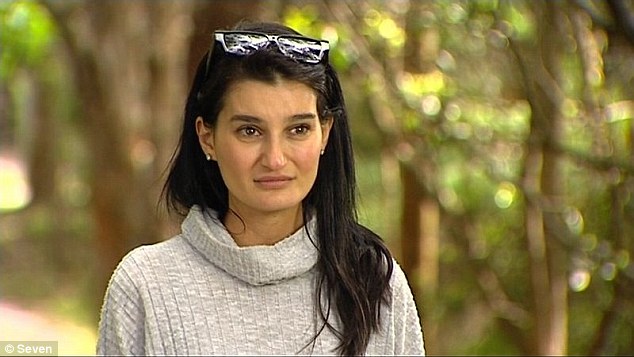 ‘Our residents are always at the heart of what we do, and in the vast majority of cases the care we provide reflects this,’ the spokesman said.

‘We sometimes fail to live up to the high standards we set, and we are committed to addressing this. Prior to receiving notice of the sanctions, we had already taken the step to voluntarily focus on our existing residents and not make any new admissions.’

The facility is taking ‘concerning’ allegations publicly made by patients’ families this week seriously.

‘Where allegations of criminal conduct are made, we actively support police involvement,’  the spokesman told Daily Mail Australia.

‘The safety and wellbeing of our residents is our priority. We know there have been serious failings at Bupa Seaforth and we apologise to residents and their family members for this.’ 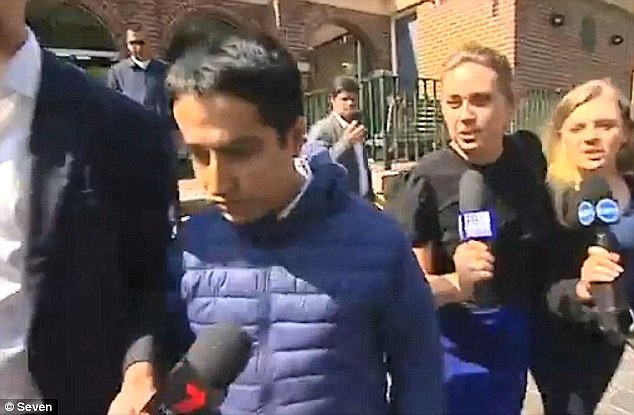 The facility is conducting its own internal review and recently appointed former Health Services Commissioner of Victoria Beth Wilson, who has already started consulting with residents and their families at the facility.

‘She will advise us on how we can improve our focus on what matters to residents, and their families,’ the spokesman said.