Footy superstar Bailey Smith had told the Bulldogs before the club even drafted him that he had struggled with serious mental health issues.

As the fallout from the star midfielder’s shock decision to take ‘indefinite leave’ from the game continues, it can be revealed the Western Bulldogs footballer had also told the AFL he had long fought with the dreaded ‘black dog’ of depression.

‘We’ve all got demons, we’ve all got things that make us anxious or struggle, and I’ve got my own mental health which I deal with,’ he said during a candid interview with the AFL.

During an October podcast, Smith spoke out about the darker side of his meteoric rise to fame. 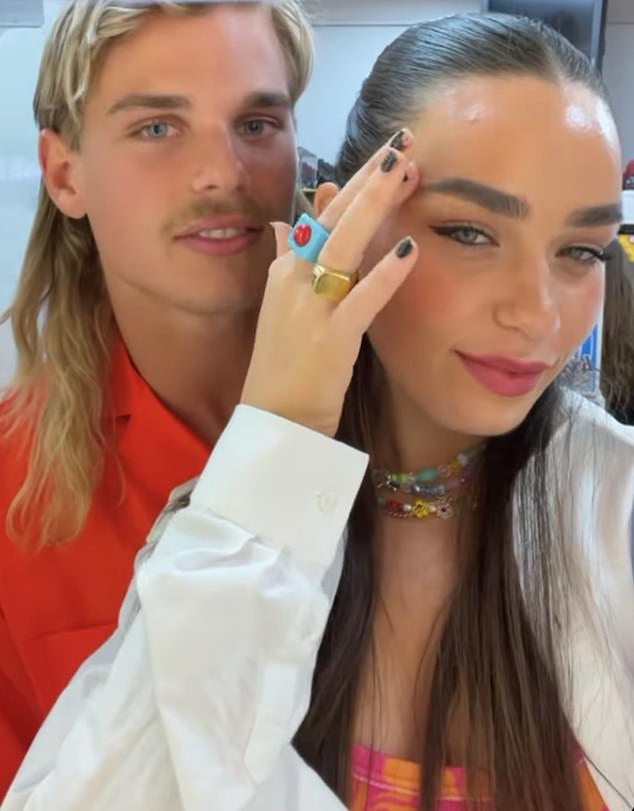 The dynamic midfielder, 21, was a key figure as the Western Bulldogs marched to the AFL Grand Final this year. He is pictured with influencer Cartia Mallan

Smith’s drastic decision has sent shockwaves across the AFL community, with many taking to footy forums to speculate about why the 21-year old, who hasn’t missed a game in his first three seasons in the big league, would step back from his duties.

‘Never letting a moment slip through our fingers, we hold on for what it’s worth,’ the narrator stated.

‘When a new season dawns upon us, we will be ready to fight.’

The gun player had been noticeably missing from training leading up to the announcement, which was only made after Melbourne sports reporters caught wind something was up.

The Western Bulldogs’ website still fails to include any mention of Smith’s decision under it’s news section, despite it being the biggest off-season news story in Melbourne.

It further failed to respond to Daily Mail Australia’s questions about Smith on Monday.

‘We remain in close contact with Bailey, and we respect and understand his need to spend some time away from the club at the moment,’ Bulldogs football boss Chris Grant earlier told The Herald Sun.

‘We are comfortable to afford Bailey the time he needs. ‘We’ll support him throughout, and he’ll return when he is ready.

‘Bailey has maintained an extremely high level of physical conditioning throughout his entire career, and we’re looking forward to reintegrating him into the program at the appropriate time.’

While idolised for his dedication to training and honing his skills on the field, Smith  has also become a marketable celebrity, dethroning Richmond superstar Dustin Martin as the most-followed AFL footballer on Instagram.

But it has been a tough year for the superstar, which saw him endure a run-in with the law and his team trounced in the Grand Final by Melbourne in an epic 74-point loss. 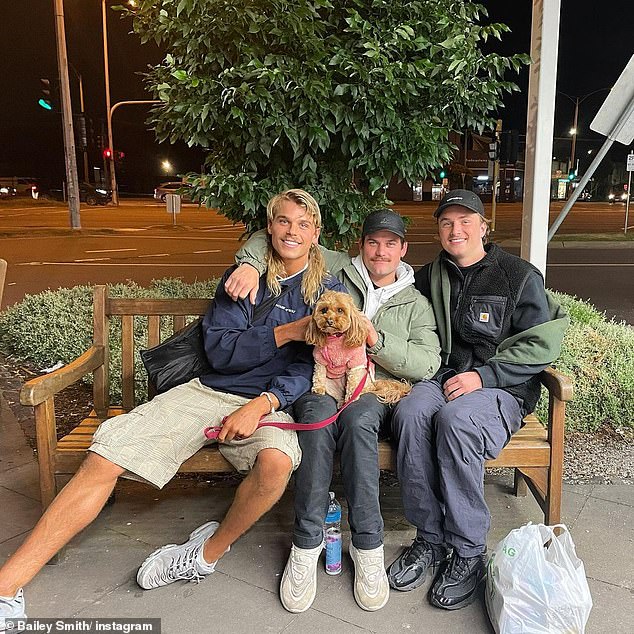 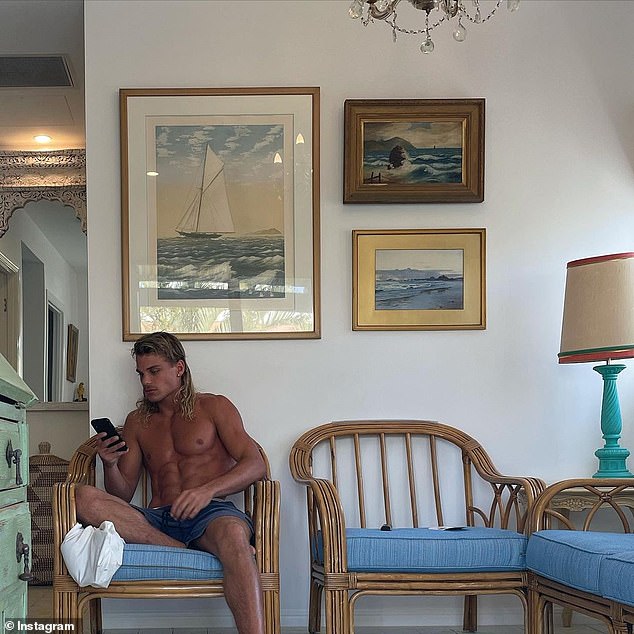 Bailey Smith has become an Instagram hero off the field 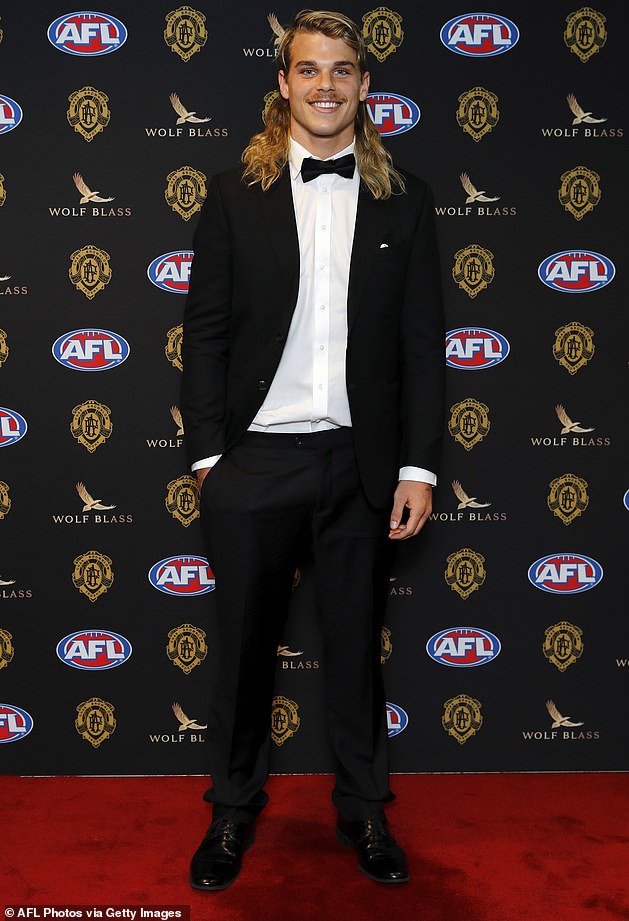 In October, Smith was involved in a fracas at Burleigh Pavilion on the Gold Coast a week after the Bulldogs’ humiliating defeat.

The alleged victim claimed he had been felled by the ripped Bulldogs star and taken to hospital.

He made a complaint to police days later, prompting the Bulldogs to again publicly address the matter.

‘The Western Bulldogs are aware of an incident which occurred in Burleigh Heads in Queensland on October 4, where a small group of its players were present,’ a club spokesman said at the time.

‘The Club has conducted its own investigation and is satisfied that no further action is required at this point in time.’

Smith was never charged, but was involved in an another ugly incident the very same month after a fake nude of him appeared on social media.

Rumours have been circulating across Melbourne since word of Smith’s absence from training become known.

Melbourne armchair detectives at BigFooty.com claim Smith had been spotted at several popular nightspots leading up to the announcement.

Others claim to have spotted Smith up on the Gold Coast while some suggest there is festering bad blood between him and others within the club.

Daily Mail Australia is not suggesting any of those rumours are true, just that they are being publicly discussed online while the Bulldogs remain silent. 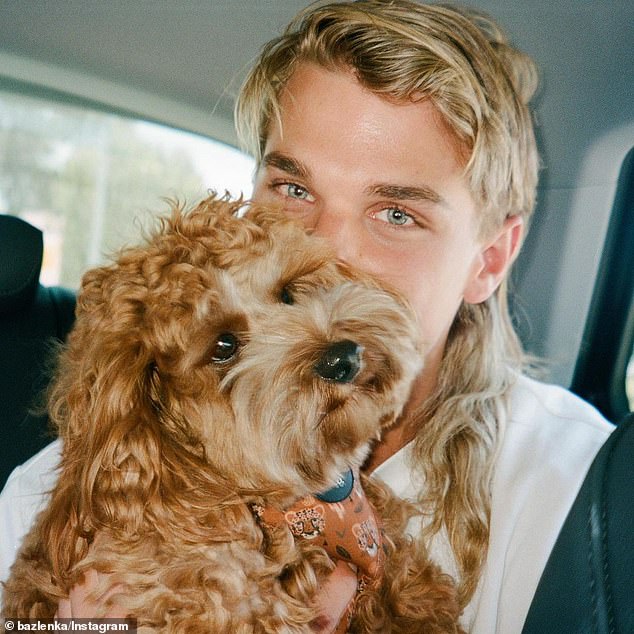 Puppy love: Bailey Smith saved a pooch, but fears remain whether he can save his football career 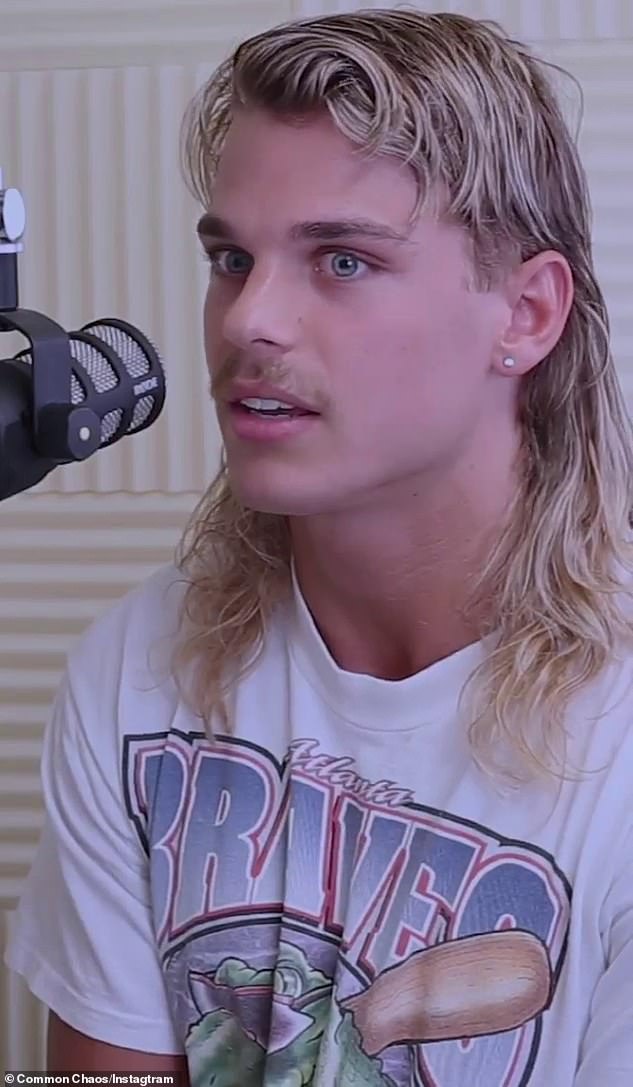 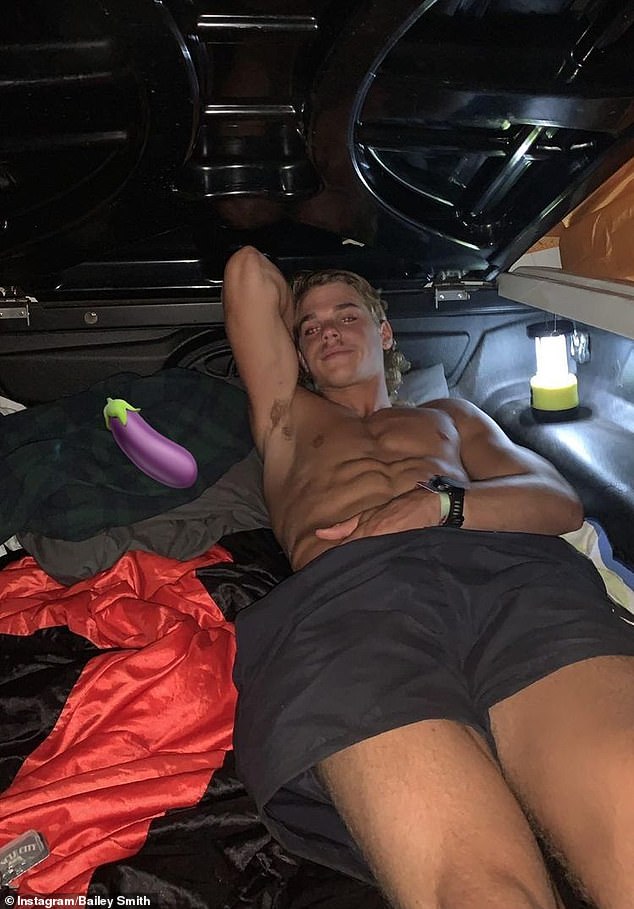 A more plausible suggestion stems from concerns Smith’s mother might have taken ill.

‘His mother is very, very sick, it’s just that simple, anyone saying otherwise has zero clue,’ one person wrote.

Speculation at the time Smith was drafted to the Bulldogs in 2018 centred about his mental health and his supposed desire to stay in Melbourne to be close to his family.

In his own words to the AFL in March, Smith refused to take a step back in acknowledging his struggles with depression.

‘But it’s just not spoken about as much as I’d like it, and I know we are getting better as a society and as footballers, talking about it, but we can be seen as easy going, living the dream, loving it,’ he said.

Smith said the Bulldogs had been fully aware of his mental health struggle before they took him on.

‘The club is really good, very open with this, and lots of my teammates know I struggle at times. People knew I had mental health issues before I got drafted, which is something which is OK and I take in my stride. It makes me a lot better and makes me who I am,’ Smith said in March. 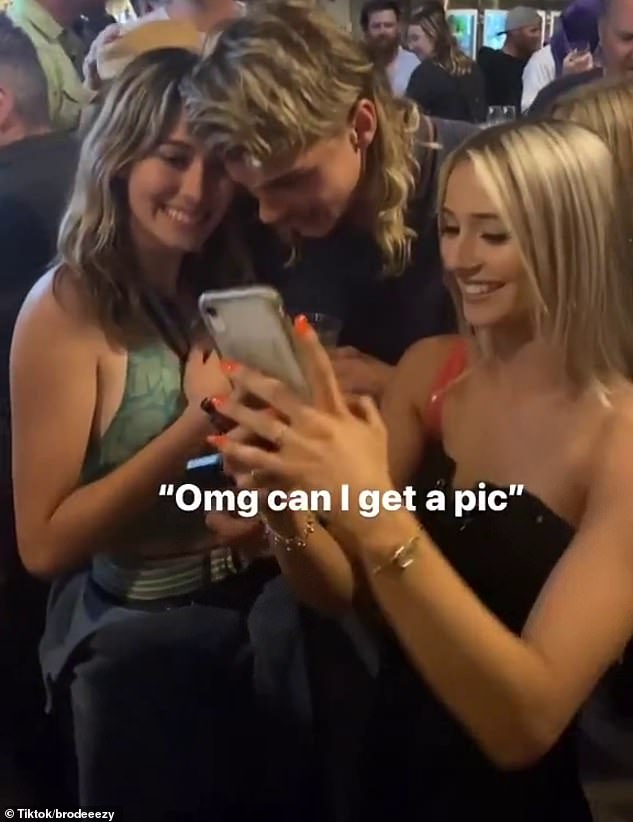 The troubled footballer said he was a perfectionist, which came with its own set of problems.

‘That’s the thing – you chase it, you’re never going to get it, and I understand that and I don’t do my head over that,’ he said.

‘But I think it is important to have expectations of yourself and strive for whatever you want to be, and whatever that is, just chase it. You have to understand though you are never going to get there, it is a never ending thing, but the fun of chasing it is something I am very attracted to.’

Smith told the Common Chaos podcast in October of his mental health issues and the panic attacks he had suffered from since an early age.

‘I started taking medication, that’s something I didn’t do for such a long time because I didn’t want to be weak,’ Smith told hosts Cartia Mallan and Ashton Wood.

‘I just had this weird thing in my head where I wanted to do it myself and it’d be so much more rewarding if I get through it and I don’t need medication.’

Smith added: ‘I bit the bullet and understood and accepted that I wasn’t right at the time, I wasn’t well.’

‘It opened up so many doors for me, in terms of school, my education went through the roof and then football.’