Inside the 1930s Bondi Junction house frozen in time

A single-storey terrace in one of Sydney’s most sought-after suburbs has been frozen in a bygone era.

The two-bedroom in Bondi Junction was built in the early 1930s and still has many of the original features 90 years later, thanks to preservation by the 81-year-old retired nurse who spent ‘almost all her life’ there until moving into assisted living earlier this year.

The kitchen is vintage personified, with a gas stove from the ‘Early Kooka’ range manufactured by Metters and Company in Adelaide in 1917 – during World War One – that’s still in perfect working order.

While clearing the house for auction, agent Michael Minogue from Woollahra agency 1st City Minogue + Doake discovered a newspaper dated Sunday, November 3, 1957 in one of the cupboards. 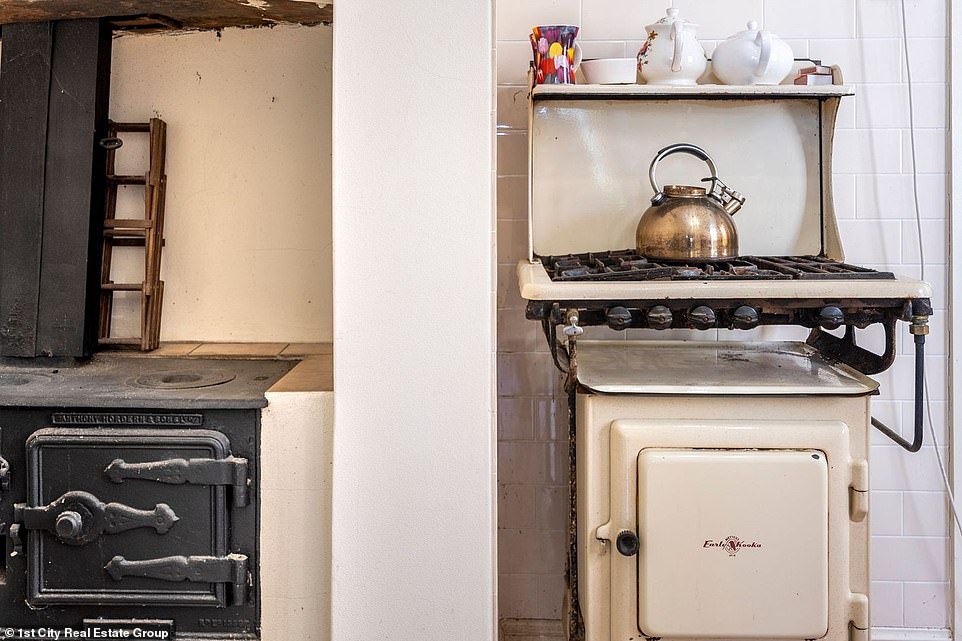 The ‘Early Kooka’ gas stove (right) comes from a range manufactured by Metters and Company in Adelaide in 1917 and is still  in perfect working order, 103 years after it was first released

That was the date the Soviet Union launched the first-ever living animal into space: a stray dog from the streets of Moscow named Laika.

‘It’s a great house and all the locals kept an eye out for the diminutive little woman who lived there.’

A wood-framed television with matching knobs on either side of the dashboard – a style popular throughout the 1950s – sits in the floral carpeted living room opposite a boarded up fireplace, believed to have been installed when the house was built.

Mr Minogue said the installation of a small bathroom and the demolition of a partition wall between the laundry and kitchen are the only updates made in the past 90 years.

The wall was knocked to accommodate a sink in the kitchen, which was originally built without one. 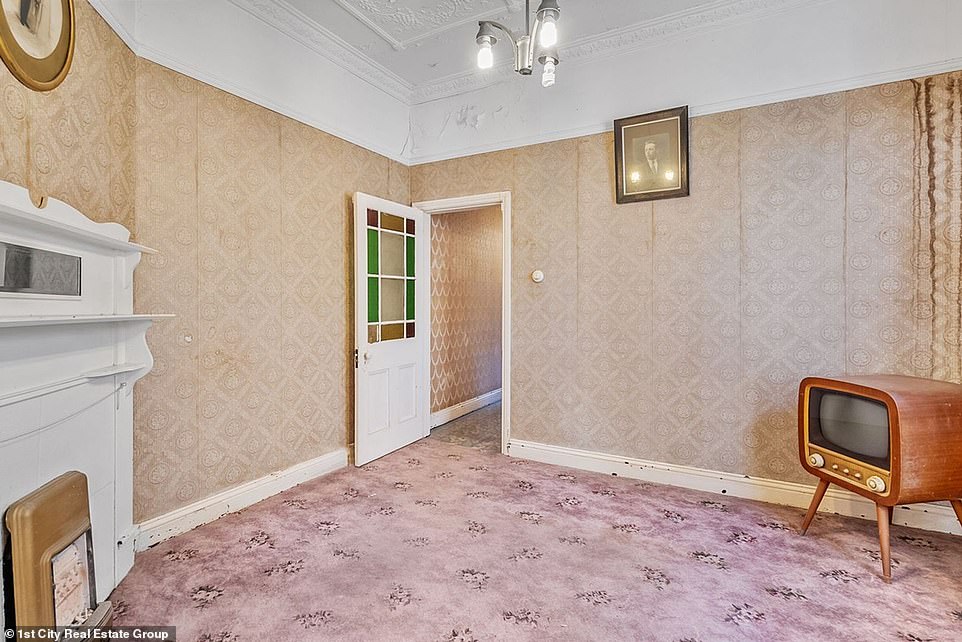 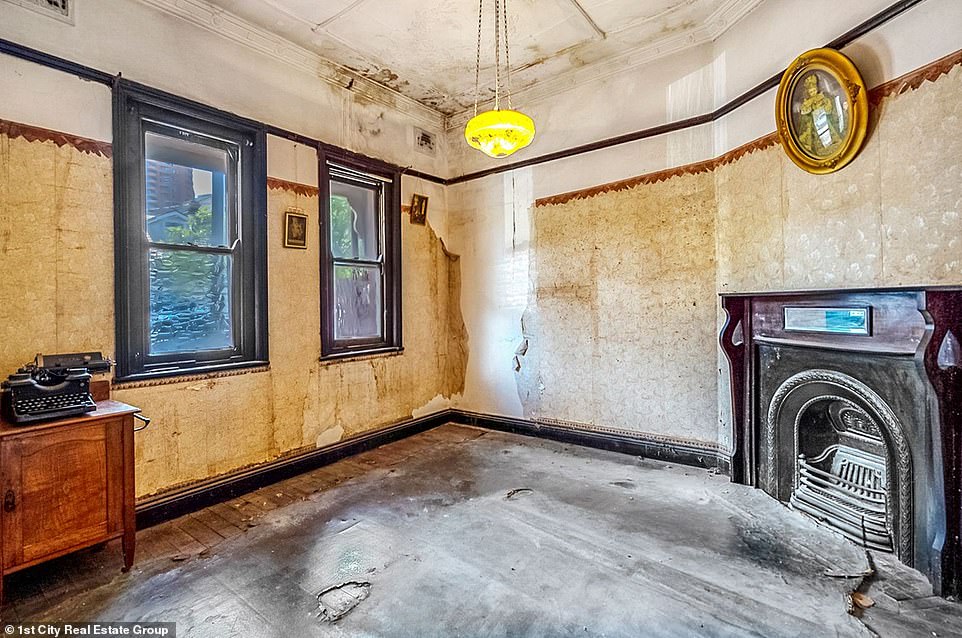 Also found in the house was an old typewriter (left) that weighed ‘about two tonnes’, so heavy you could barely lift it 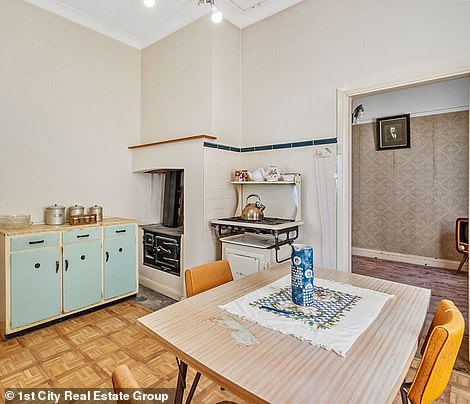 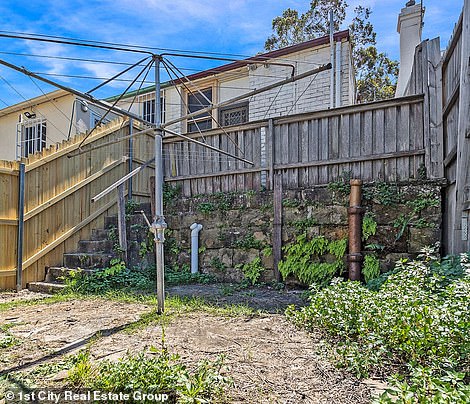 While clearing the house for auction, realtor Michael Minogue discovered a newspaper dated Sunday, November 3, 1957 in one of the cupboards

Mr Minogue said he enjoyed a cup of coffee brewed on the century-old stove and confirmed it worked ‘just fine’, before he set to work removing rubbish ahead of the auction.

During the cleaning he also found an old typewriter that weighed ‘about two tonnes’, so heavy he could barely lift it, as well as a collection of 1930s-era timber furniture.

Mr Minogue said the house attracted ‘a lot of interested buyers’, with a mix of investors, developers and private home buyers looking for a challenging ‘fixer upper’.

The house sold for an undisclosed sum on Saturday to a local woman living in Bellevue Hill, who plans to renovate and rent it until she is ready to downsize and move there later in life. 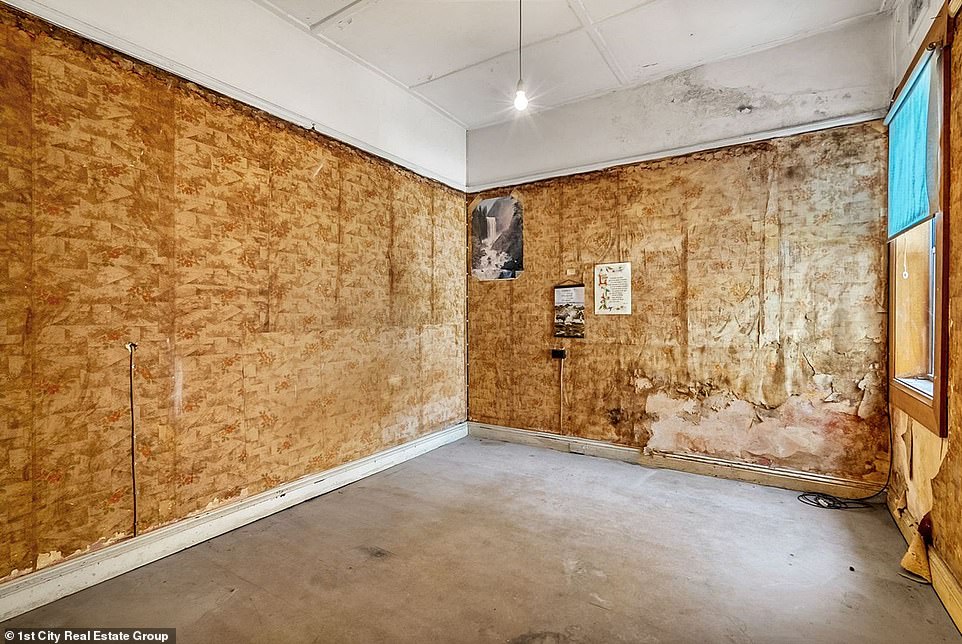 The historic house attracted ‘a lot of interested buyers’, with a mixture of investors, developers and private home buyers 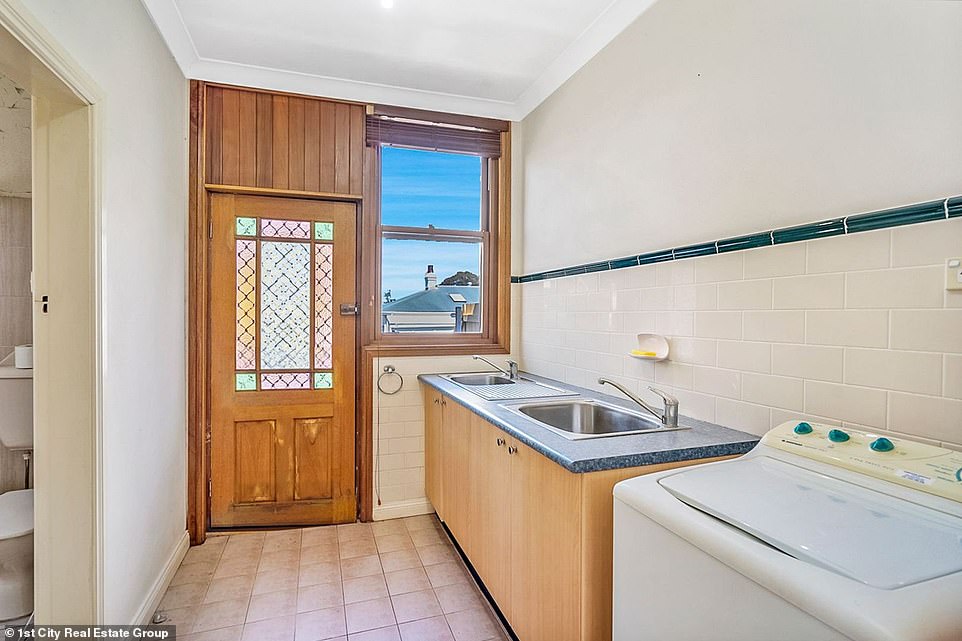 Once home to a working-class immigrant community, Bondi Junction is now an ultra-desirable neighbourhood popular among young professionals for its proximity to Bondi Beach on one side and the CBD six kilometres away on the other.