This is the bizarre holiday home that has been dubbed the ‘whale house’ thanks to its grey shale exterior and colourful rooms.

Built in 1978, the house – in Mission Canyon, Santa Barbara, California – has been described by a holiday rental company as one of the most ‘mind boggling homes in America’.

And now holidaymakers are being given the chance to rent out the the quirky property with prices starting from $625 (£450) per night.

This is the bizarre holiday home dubbed the ‘whale house’, which is now available to rent in Santa Barbara 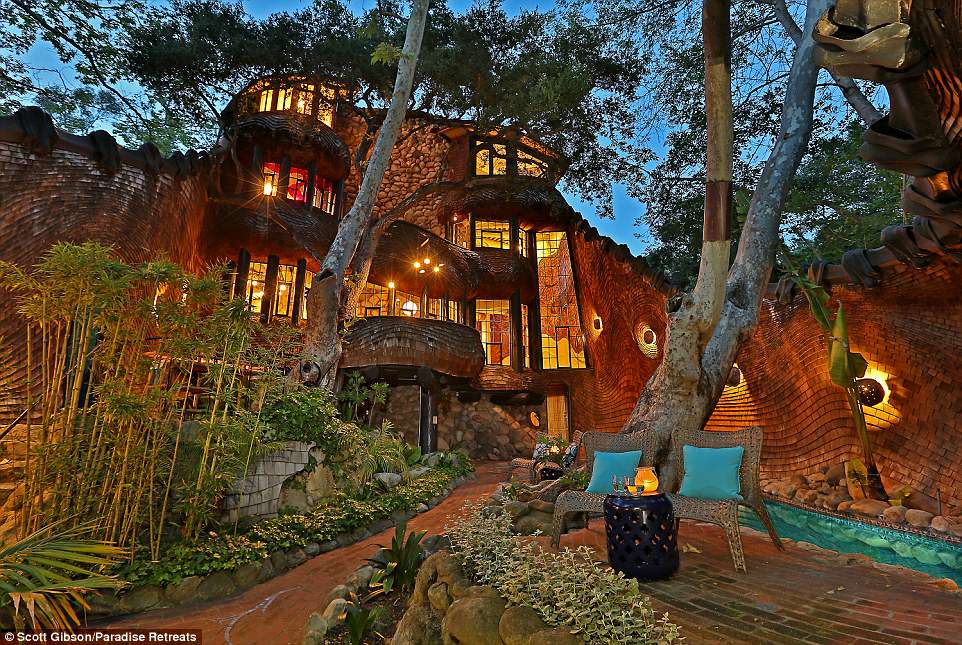 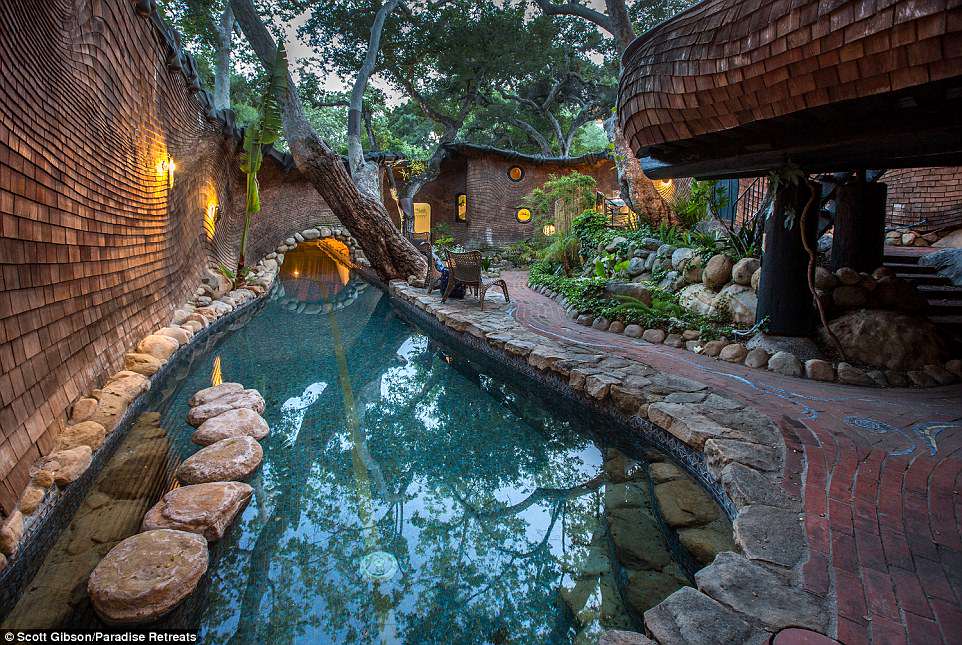 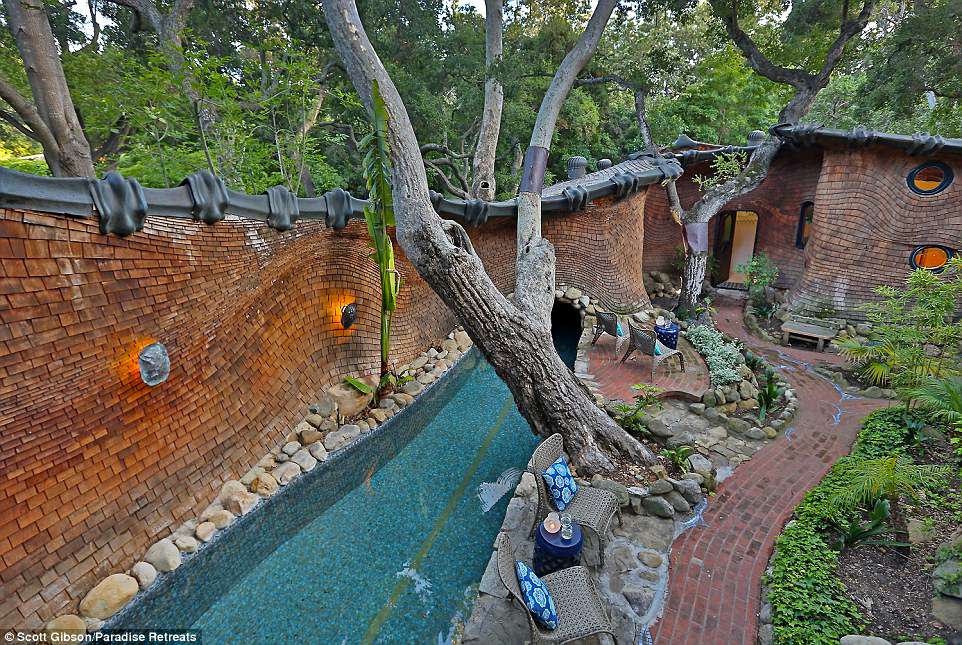 The four-storey property, which can sleep up to nine people, was designed by architect Michael Carmichael and took three years to build 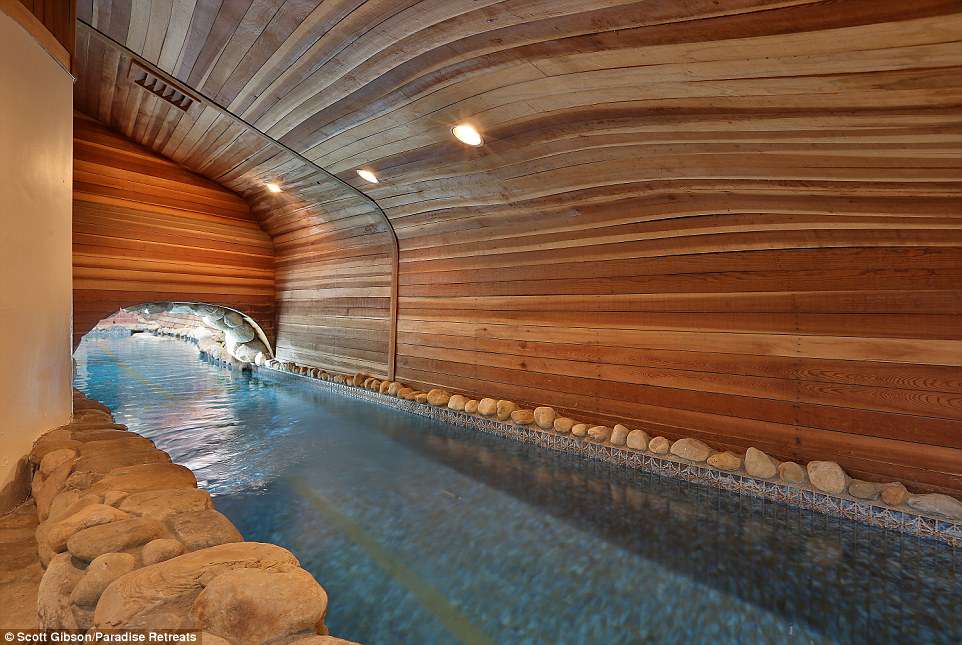 The pool even flows underneath a hidden cove in the property, which has no flat walls

The four-storey property, which can sleep up to nine people, was designed by architect Michael Carmichael and took three years to build.

The home has no flat walls or straight lines and boasts 270 Belgian leaded and stained glass windows.

The inner courtyard of the ‘whale’ consists of a 75ft glistening pool, which flows into the ‘tail’, while a sauna is also tucked away close to the pool.

On the second floor, there is a kitchen, living room and dining room, which overlooks the sprawling pool and all three rooms connect in a circle. 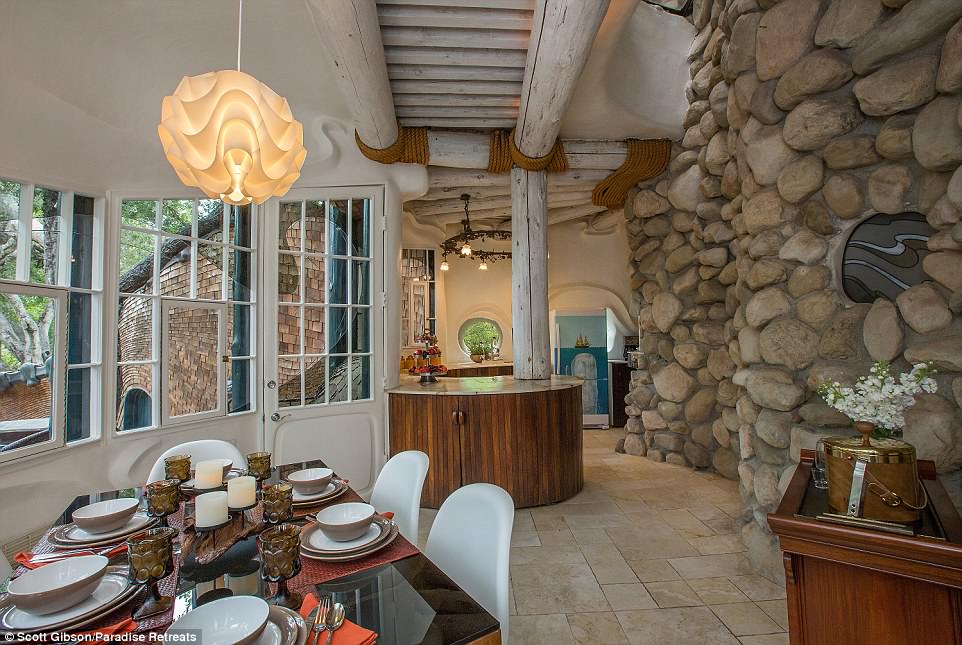 The unusual design isn’t just reserved for the exterior of the property. Inside on the second floor, there is an unusually shaped kitchen, living room and dining room 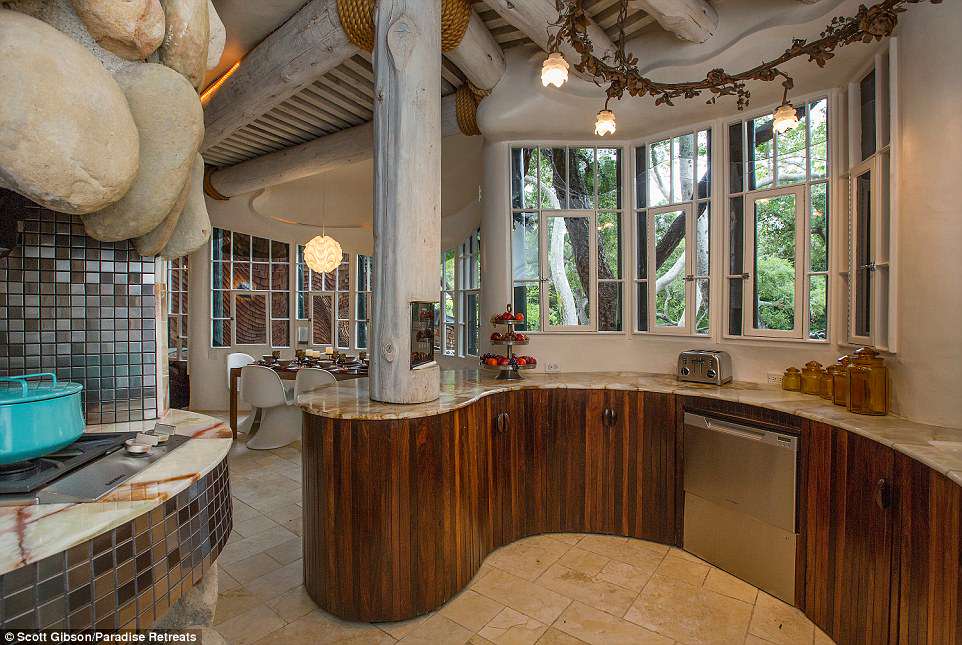 Guests staying at the whale house, which is marketed through Paradise Retreats, will find a fully equipped kitchen, pictured 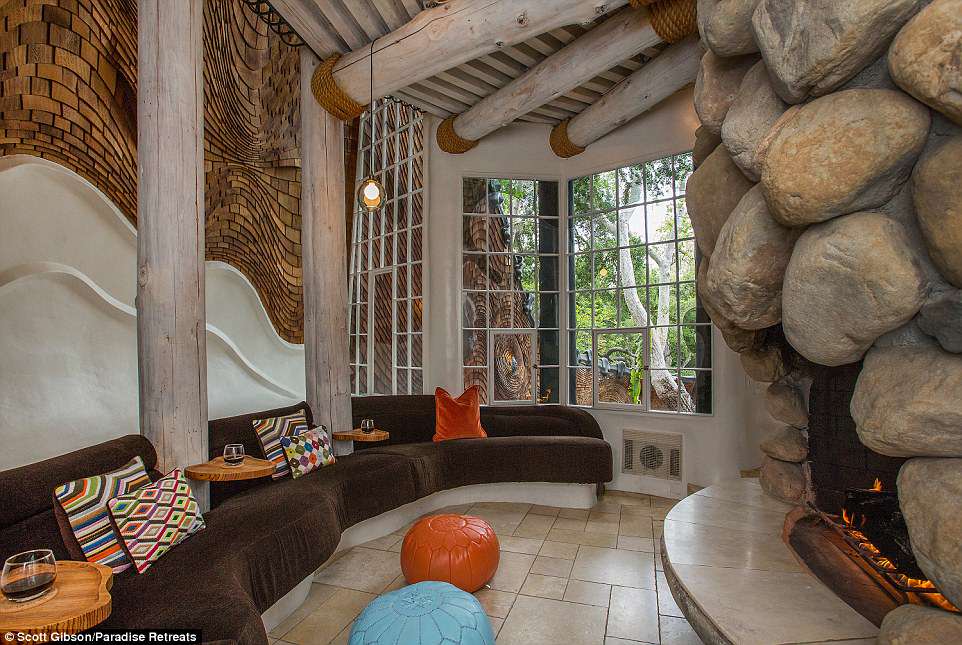 The living room, which overlooks the stunning pool. The kitchen, living room and dining room are all connected in a circle 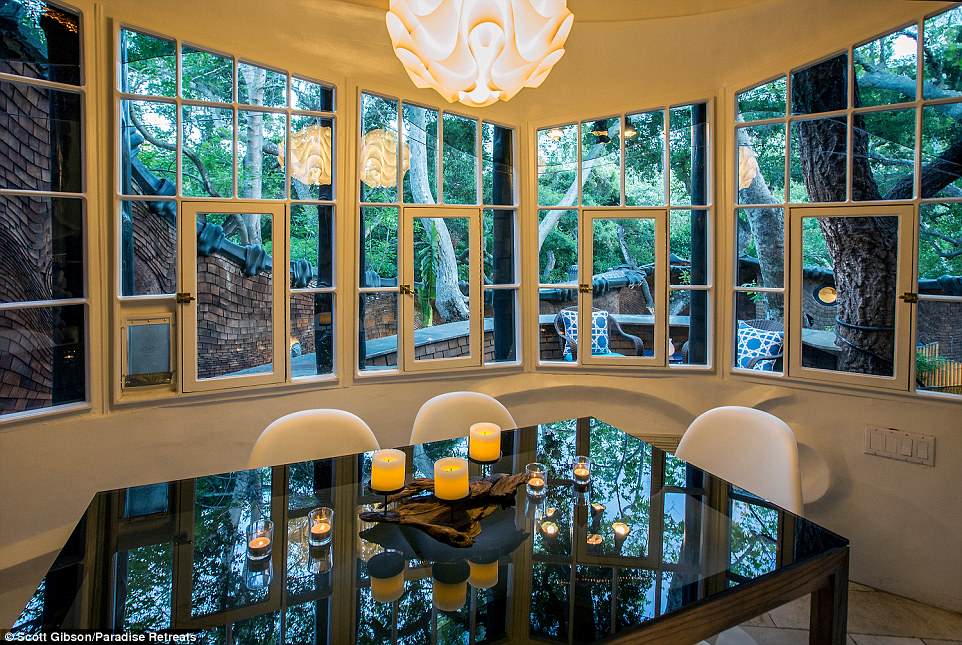 The master bedroom can be found on the third floor and boasts a king-size bed, a sitting area, balcony overlooking the pool and a spa tub in the bathroom.

As well as the stunning courtyard, guests can also relax on the well-lit front patio, where they can prepare a barbecue or sit under the shade of an umbrella. 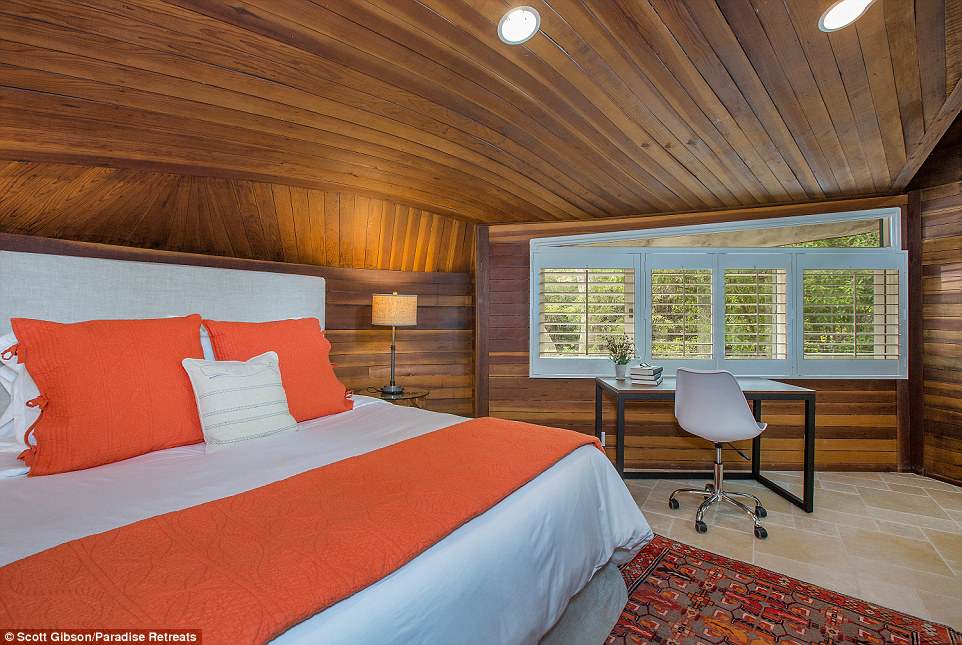 One of the three bedrooms within the whale house, which is able to sleep up to nine guests within the rooms 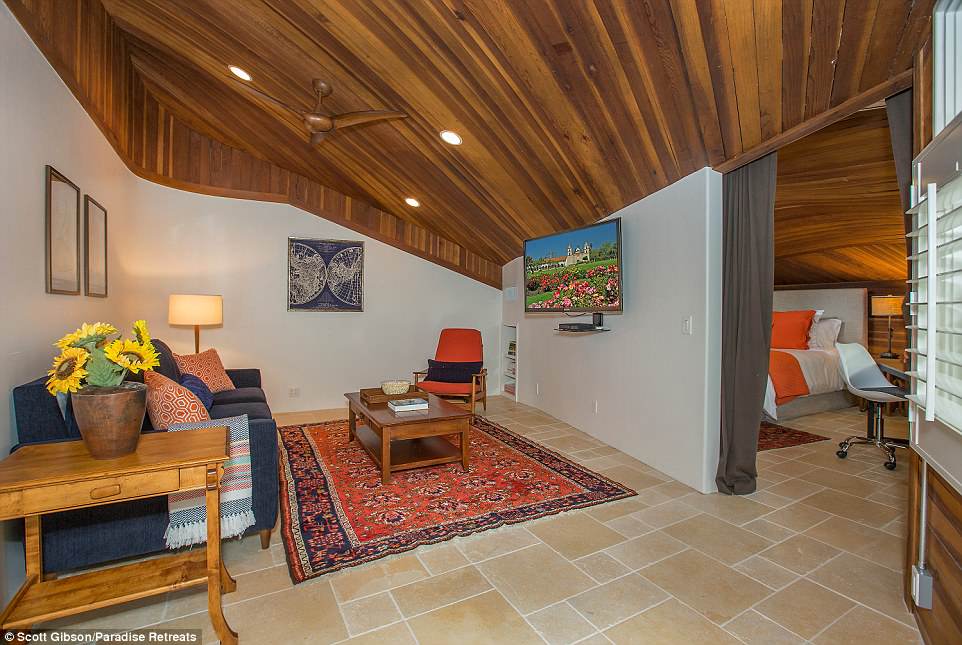 As well as the master bedroom, the third floor also has a separate living room as well as a balcony overlooking the pool 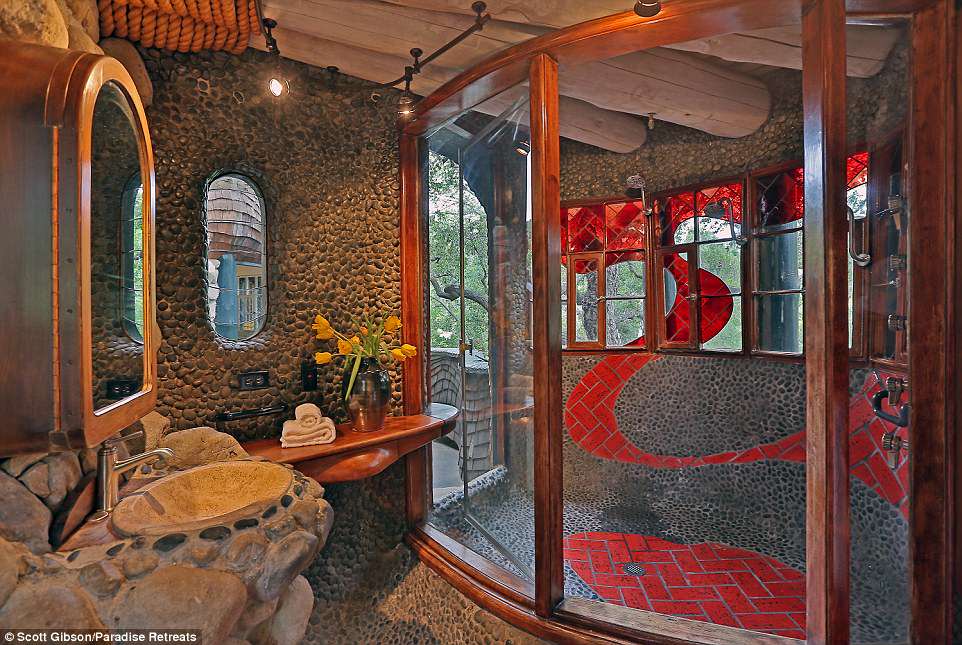 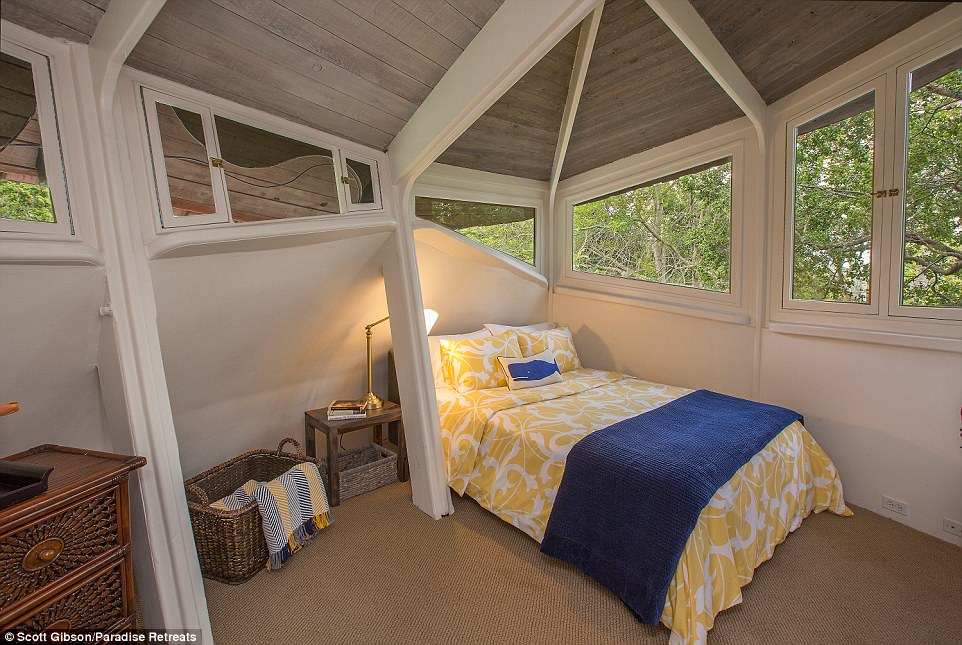 One of the smaller of the three bedrooms within the property, with a whale cushion on the bed in a nod to the home’s nickname 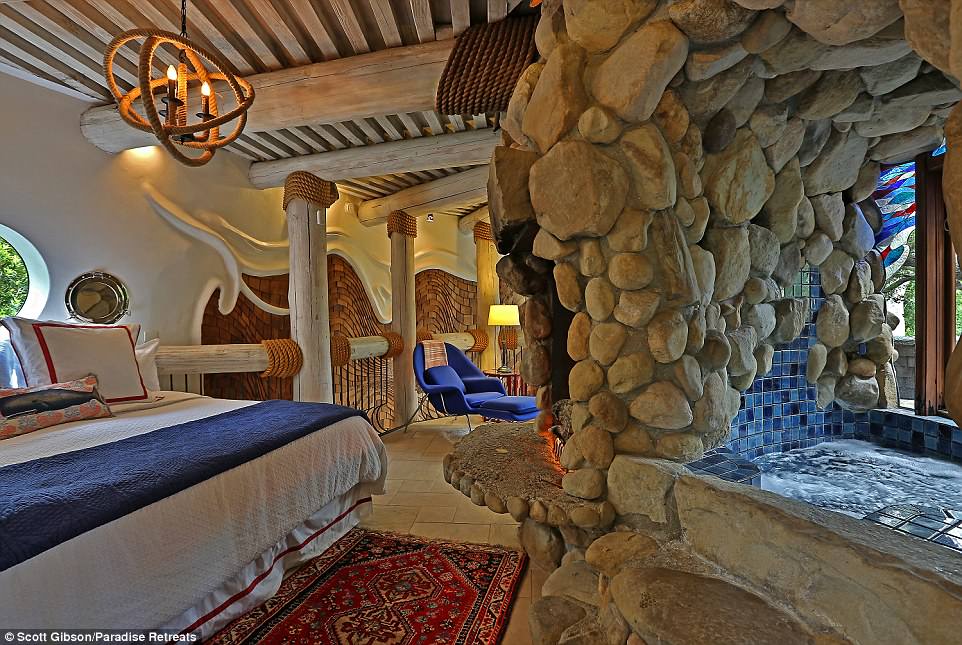 Havine a whale of a time: Another of the bedrooms, which has a small bath in a little cove 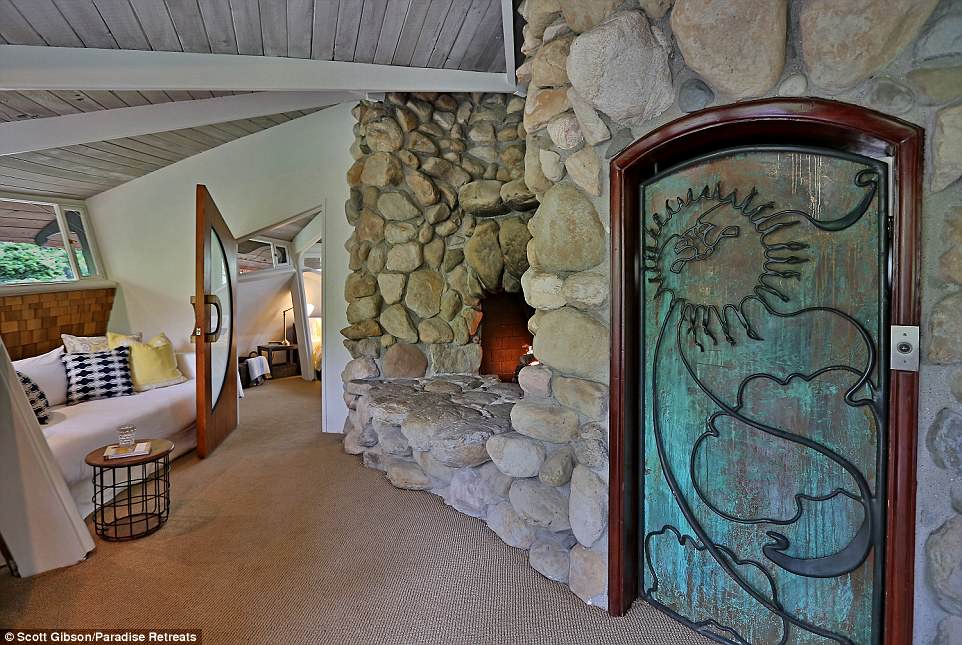 On the fourth floor, a light-filled suite offers a stone fireplace, pictured, a queen-size bed, and a twin day bed 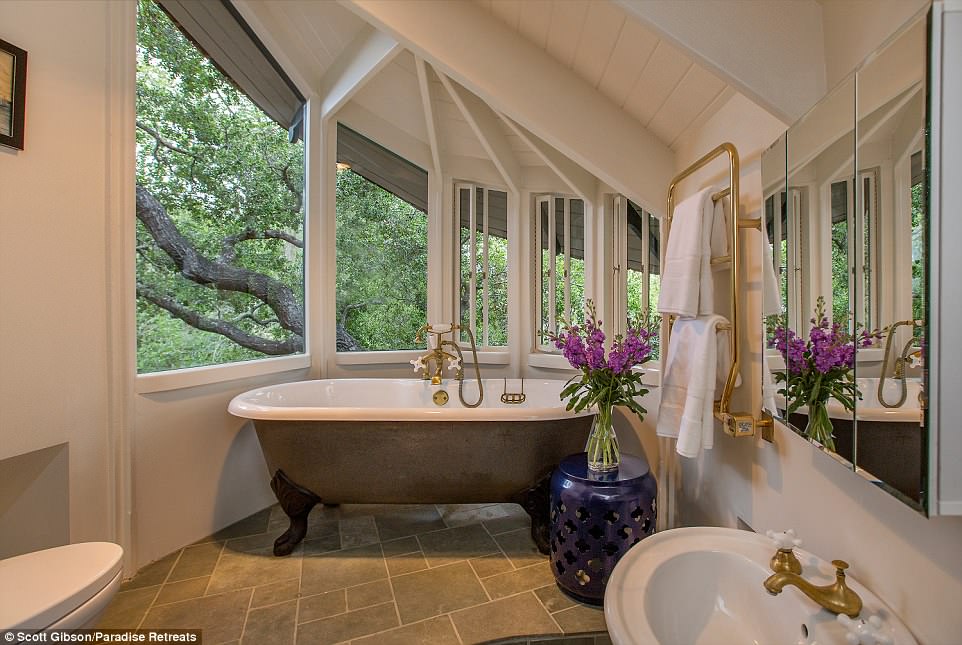 One of the three luxurious bathrooms in the property, which includes a vintage-style free-standing bath tub 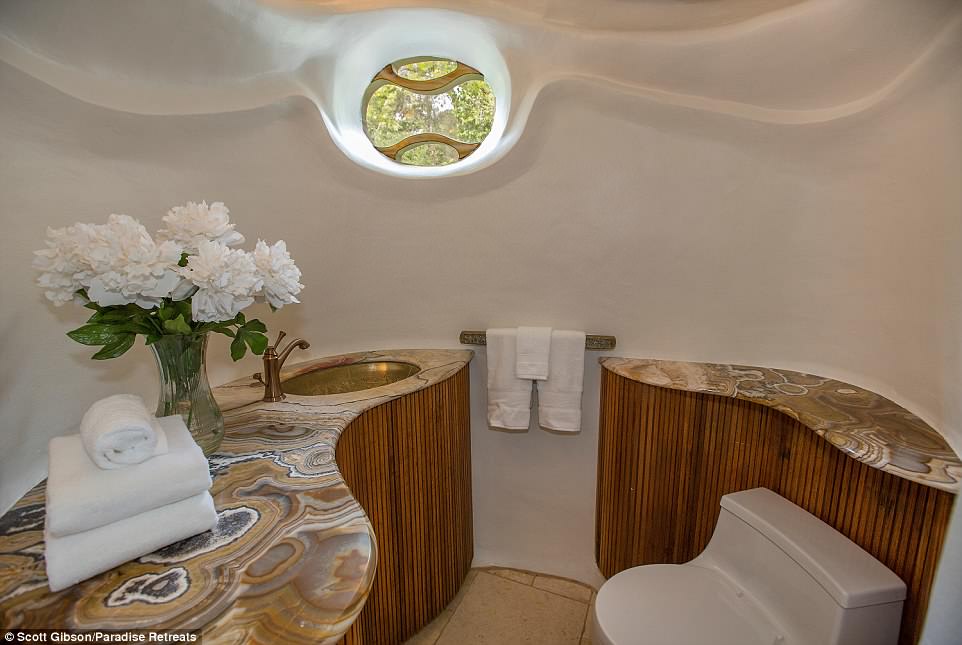 The ‘whale house’ can be rented from California-based company Paradise Retreats.

On its listing for the property it says: ‘The layered shingled exterior of the home indeed resembles a whale. 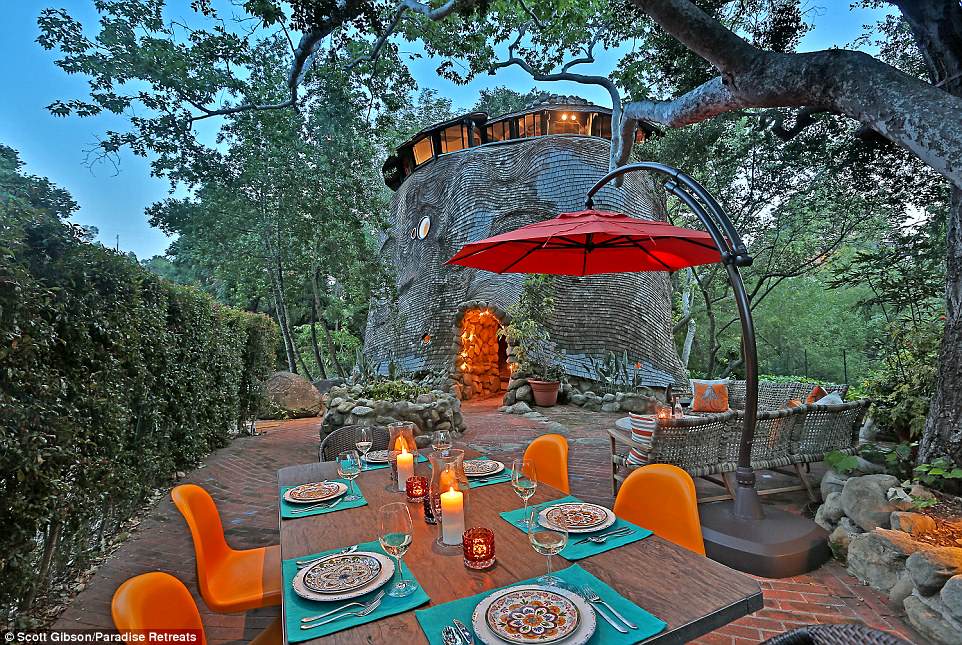 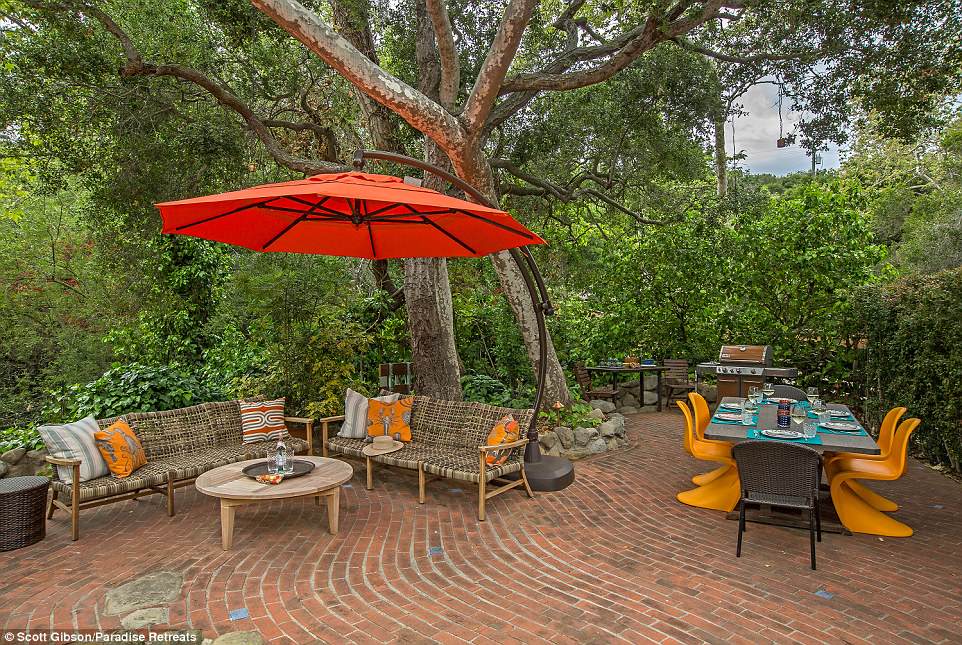 Built in 1978, the house  has been described as one of the most ‘mind boggling homes in America’