Inside the colourful life of Richard Briggs: Owner of the Hyde Park Stables

The owner of the Hyde Park Stables, where royalty and Hollywood A-listers went to ride and socialise, has died of Covid-19 complications aged 76.

Richard ‘Dick’ Briggs, a property developer, and his wife of 30 years Basia, owned Hyde Park Stables, the equestrian haunt of royals and the beau monde, for years before selling it off in 2018.

But Dick had a humble beginning in life – he was left in an London orphanage as an 18-month-old, and later abandoned by his adoptive parents when they moved to New Zealand without him.

He worked as a window cleaner and bouncer before returning to hsi love of horses, renting, and later buying, Hyde Park Stables.

His clients ranged from  celebrities like Jean-Claude Van Damme and Kate Moss to Pierce Brosnan and Martina Navratilova, while the couple were also close to several royals – including Princess Michael of Kent and Sarah Ferguson.

Dick, who was awarded an OBE for his work, died earlier this month from complications of Covid-19.

Richard ‘Dick’ Briggs, a property developer, and his wife of 30 years Basia, owned Hyde Park Stables, the equestrian haunt of royals and the beau monde, for years before selling it off in 2018 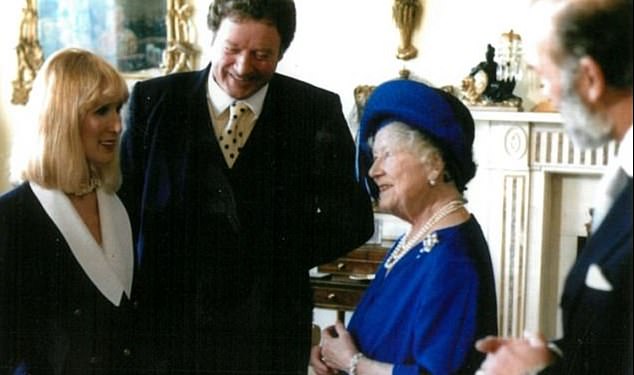 His clients ranged from celebrities like Jean-Claude Van Damme and Kate Moss to Pierce Brosnan and Martina Navratilova, while the couple were also close to several royals – including Princess Michael of Kent and Sarah Ferguson (pictured, with the Queen Mother)

Born James Whiteley in Lincolnshire in 1944, Dick was the son of James and his married lover Doris Green.

However after Doris’ husband returned from war service, the couple reconciled and Dick was abandoned.

Doria tried to resist, with Dick living with the couple until he was 18-months-old. It was then she placed him in an orphanage in Bethnal Green, east London.

His wife later was able to locate Doris, but Dick never wanted to know.

He was adopted from the orphanage at the age of four by  Harriet and Leonard Briggs, a middle-aged couple from Barkingside.

The couple worked in domestic service: she was a cook and he a handyman and renamed their son Richard. 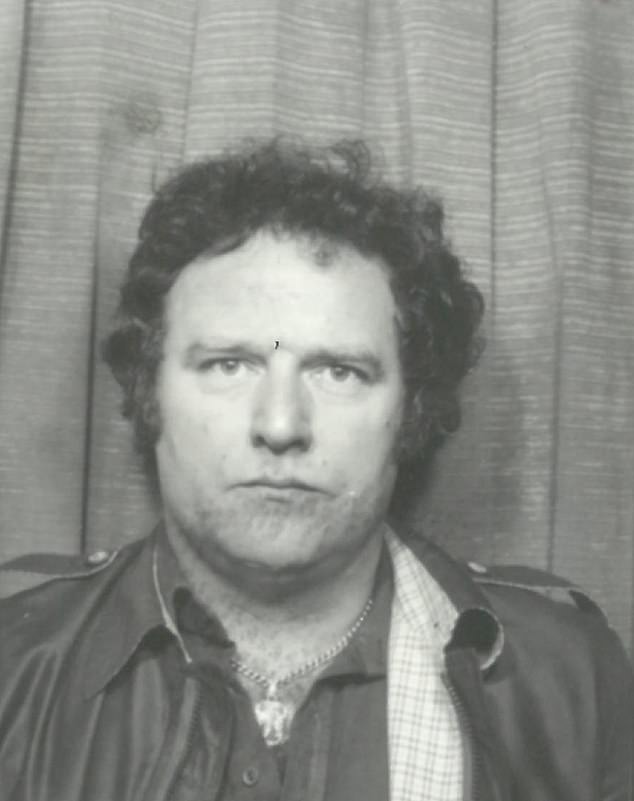 His wife Basia has recalled how he was a ‘beefy, dangerous-looking man’ and ‘dressed like a spiv in a bomber jacket and a half-undone shirt’ with a scorpion necklace

But it wasn’t long before the situation soured, with Dick proving to be a wild child and difficult teenager.

His adoptive parents eventually abandoned him as well, leaving him behind as they emigrated to New Zealand.

Dick moved away from London, spending his childhood at school in Somerset, where he first learnt to ride.

After leaving school, he became a window cleaner and moved to Stoke-on-Trent.

There he set up an industrial cleaning company, before settling in London.

It was then he returned to his love of horses, working as a bouncer to make ends meet while he rented Hyde Park Stables. 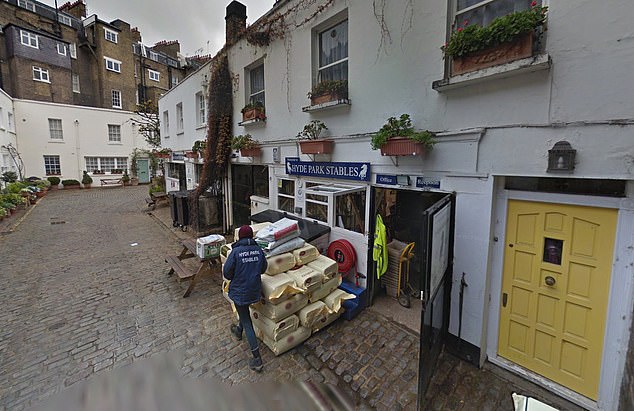 It has long been described as the equestrian equivalent of the Ivy restaurant.

The stables, which opened in 1835, is situated on the north side of Hyde Park on the site of a former brothel.

He told the Evening Standard: ”We have all kinds of people coming here to ride.

‘Groups of London schoolchildren whose parents think they’re being deprived of the experience of country life by bringing them up in London, genuine hunting people who need a bit of a ride to keep in trim, and occasional riders and tourists who enjoy the contrast with city life.’

He married briefly, welcoming two children from which he is now estranged, before meeting Basia.

She was the daughter of a Polish-born aristocrat and had fled to the UK after escaping an abusive marriage in Australia. 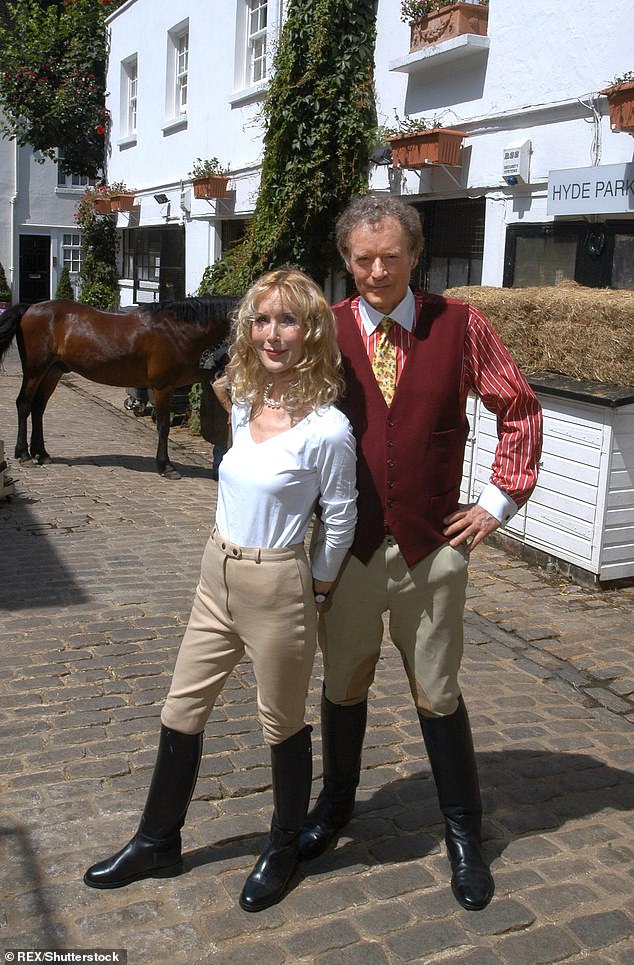 The property developer began running the stables in 1974, with some comparing it to the Ivy restaurant in terms of high end clientle

According to The Times, she said the pair were introduced through a mutual friend, revealing: ‘Olga was doing her make-up when the doorbell rang, and I opened the door to find a beefy, dangerous-looking man leaning against the frame.

‘He was dressed like a spiv in a bomber jacket and a half-undone shirt.

‘Nestling in his chest hair was a large scorpion medallion. As I listened to him talking about how to control fights, I thought, ‘Golly, this alarming man is just what I need’.’

Dick invited Basia for lunch at his flat, and three days later, the couple moved in with each other.

They were married in 1981, with Basia encouraging her husband to buy Hyde Park Stables instead of renting it.

She also worked to improve Dick’s appearance, helping him eat well and dressing in suits. 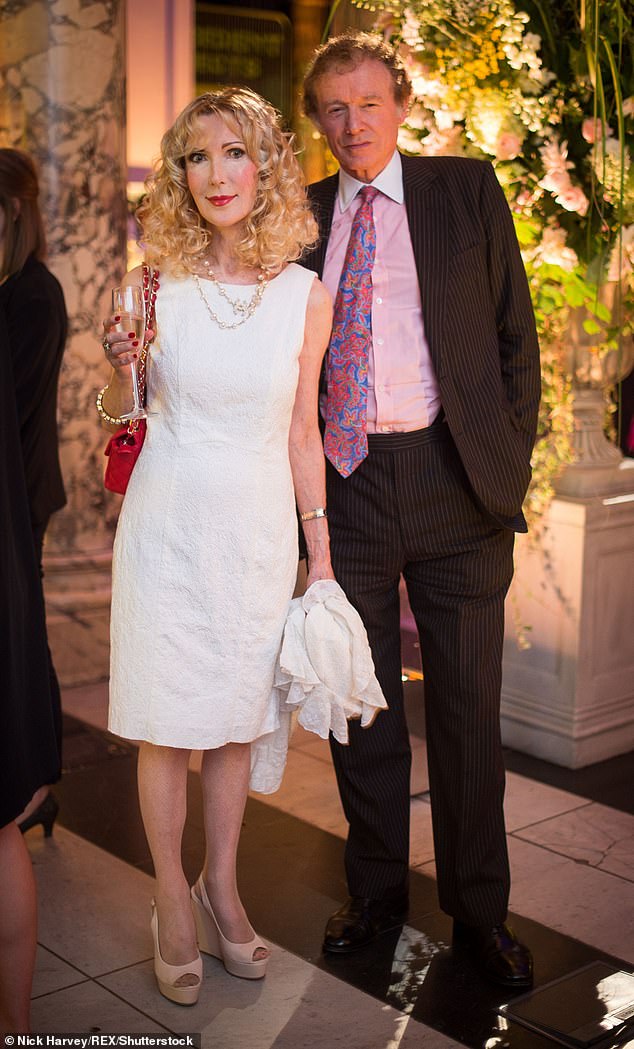 Dick invited Basia for lunch at his flat, and three days later, the couple moved in with each other (pictured, together in 2014)

Over the years, his clients included a multitude of celebrities and royals, including Kevin Kline, who learnt to ride for the Cole Porter biopic De-Lovely in 2004, and  Paul Nicholls, who trained for the TV series Gunpower, Treason and Plot.

Others included Kate Moss and Courtney Love, who enjoyed the experience so much that she tipped every member of staff.

He maintained a close relationship with several members of the royal family, including the Queen’s Mother.

So much so in fact, he said  he refused to employ James Hewitt, because he had talked about his relationship with Princess Diana.

Basia once told Daily Mail it was ‘raining royals’ in London.

She is a good friend of The Duchess of York, who, despite her divorce 21 years ago from Prince Andrew, amicably shares a home — Royal Lodge, Windsor — with the Queen’s second son.

But clearly the Queen Mother was a favourite, with Basia revealing in a 2017 interview: ‘She was going to the races in heels at 100, and she never let anyone see her in her glasses.’ 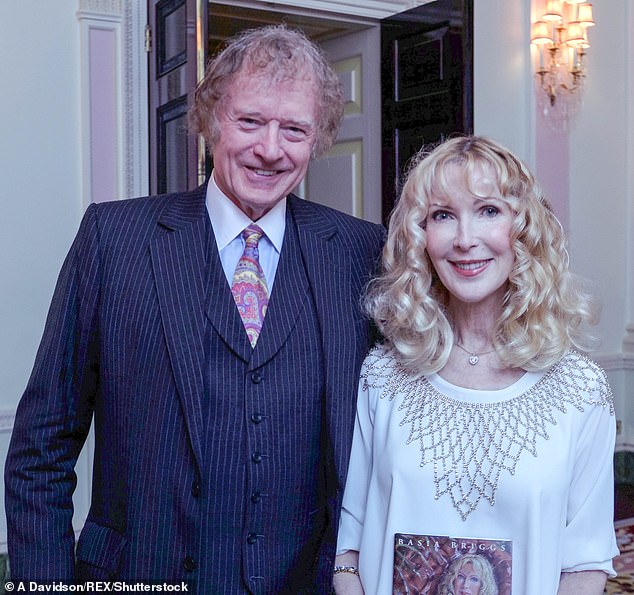 They were married in 1981, with Basia encouraging her husband to buy Hyde Park Stables instead of renting it. She also worked to improve Dick’s appearance, helping him eat well and dressing in suits (pictured)

She also recalled a ‘pleasant’ afternoon more than 20 years ago with Donald Trump. ‘He was over-effusive — he told me I was “great” and “terrific”. He rode perfectly well — in the British style.’

‘You can go riding surrounded by all these trees and the Serpentine,’ Dick told TheMail on Sunday. ‘Some people come back from a ride almost stoned by the experience.’

Meanwhile he was thoroughly involved with the goings-on of the park, leading calls for the restorations of Rotten Row and helping to create the Queen Elizabeth Gate in 1993.

He also helped  Liberty Drives, an initiative to provide volunteer-driven electric buggies for touring the park.

He told the Evening Standard: ‘Horses are great big furry stress relievers. You should have horses in every school in the country – think about them as tools for rehabilitation.’

He sold Hyde Park Stables in 2018 after a furious bidding war. 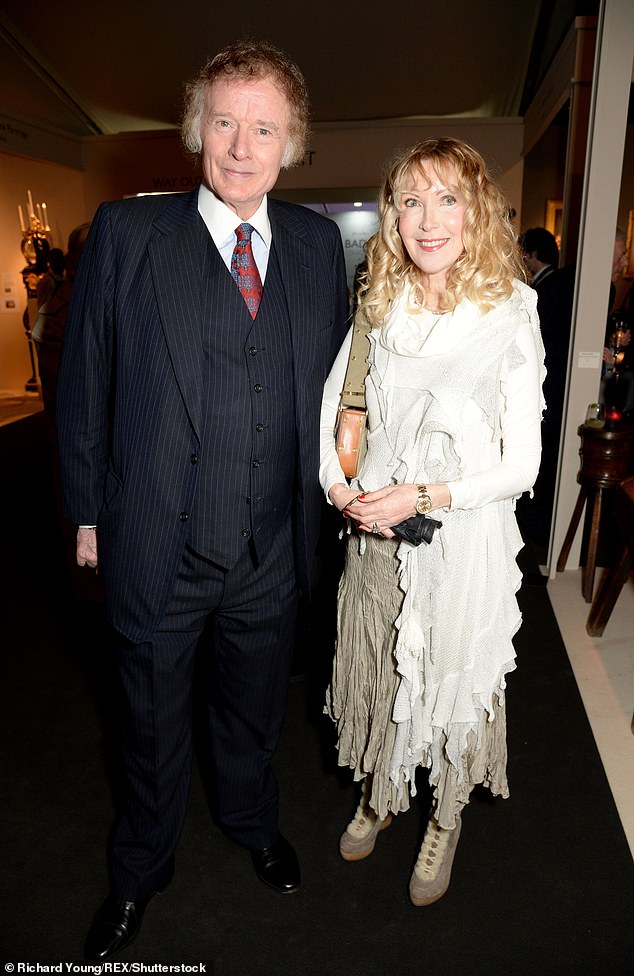 The London landmark, which was on the market for £1.75 million, now has a new owner, following the conclusion of a bidding war involving the Duke of Beaufort’s eldest son, the Marquess of Worcester, and a prospective overseas buyer.

The winning bid came not from 30-year-old Bobby Worcester, who was recruited to work for ebullient hedge fund tycoon Crispin Odey two years ago, or from any Gulf state potentate, but from equestrian Mandy Hall.

Her daughter, Jodie Hall-McAteer, 19, is one of Team GB’s most promising young show-jumpers.

Basia, whose memoir, Mother Anguish, recounted how her first marriage ended when her husband was seduced by her Polish mother, is thrilled that the stables will still be used for sporting purposes.

‘I am just delighted to have sold to someone who loves horses,’ she told Richard Eden, though perfectly aware that she and Dick could have pocketed three times as much if the building had been sold for development.

Sadly, Dick caught Covid-19 earlier this year. Having been discharged from hospital into a care home, he broke out during the night and demanded to be taken home to Chelsea.