A young woman has narrowly avoided a lifetime ban on owning pets after being found keeping 20 rats and five cats in filthy conditions – while she was already prohibited from owning animals.

Tayla Teece, 24, from Caboolture, in Queensland, was banned from owning more than one cat for five years in 2019 but discovered by RSPCA inspectors to have breached that order while living with sick animals in a squalid home soiled by faeces and filled with rubbish.

Tayla Teece was fined, banned from owning pets for 10 years and put on probation for 12 months for breaching an order banning her from owning animals after RSPCA inspectors found her living with 20 rats and five cats, surrounded by rubbish 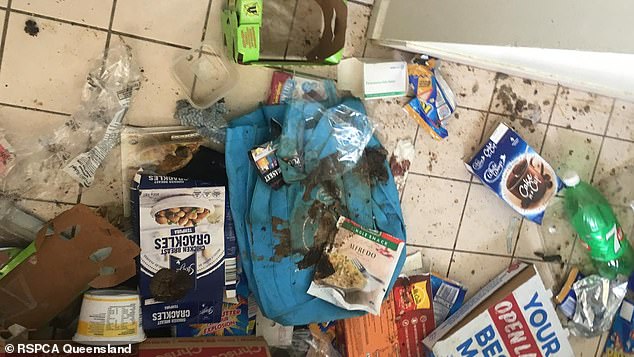 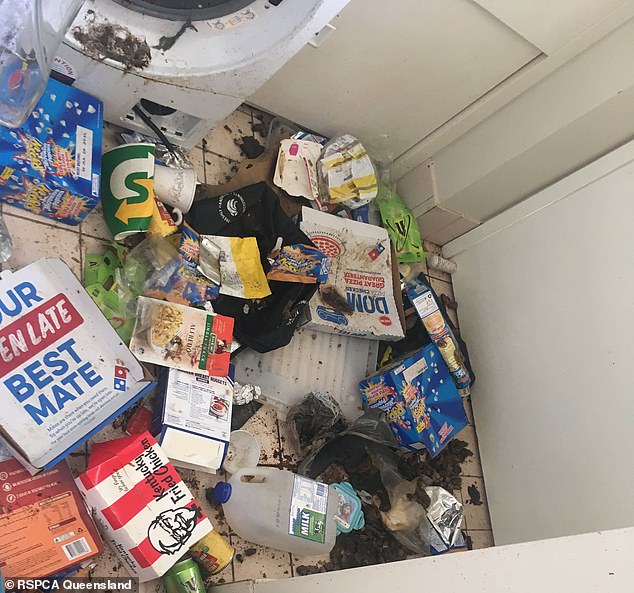 Caboolture Court heard her 20 rats were especially poorly cared for – one had an abscess on its back and others had flu symptoms and had to be euthanised, The Courier Mail reported.

Ms Teece was banned from owning animals for 10 years – with the exception of one fish.

The RSPCA told the court Ms Teece had a tendency to ‘hoard’ animals and it claimed the home ‘had an overpowering smell of faeces’ and was ‘covered in rubbish’.

It noted a ‘build up of faeces’ in the mother’s room including on the wall and the kitchen ‘was littered with rotting food and rubbish’.

Magistrate Robert Walker took into account the defendant’s family pressures, age and the possibility she could change in deciding not to impose a lifetime ban, which was sought by an RSPCA prosecutor.

Mr Walker noted Ms Teece was overwhelmed by her circumstances and the situation with her mother.

The court heard Ms Teece was under pressure caring for her sick mother and admitted, ‘I guess everything was just stacking up on me’.

‘With mum being as sick as she is, I did rely on the animals,’ she said.

‘I know that I cannot handle the animals.’ 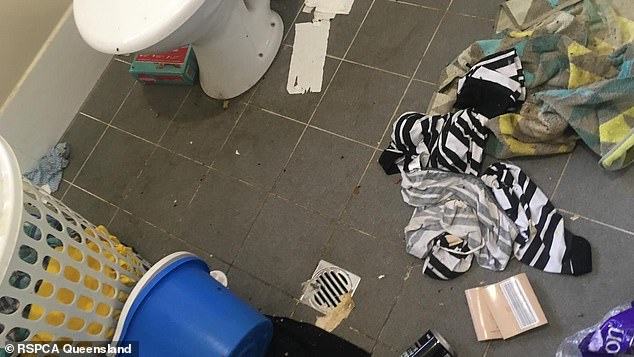 Rubbish and dirty clothes littered the Caboolture home, which hadn’t been cleaned after animals soiled the floors 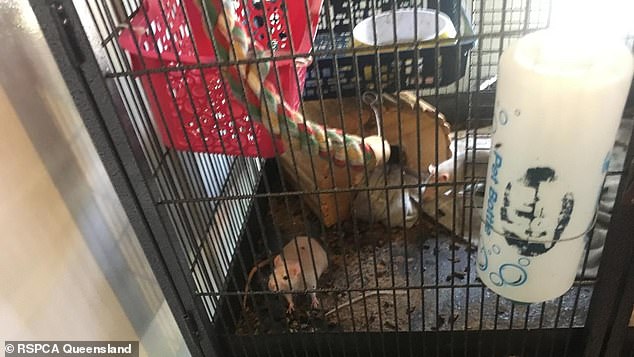