Inside the impressive property portfolio of Afterpay billionaire Anthony Eisen

Australia’s newest tech billionaires started out as neighbours but now have an array of mansions to call home after building multi-million dollar property empires which include their own version of ‘The White House’.

Afterpay’s Anthony Eisen and Nick Molnar have been slowly growing their real estate portfolios which now stretch from Byron Bay to Melbourne.

A beach pad in Byron Bay dubbed ‘The White House’ is a popular holiday retreat for A-List celebrities including Kate Moss and Elle Macpherson.

Once home to a biscuit king and long-desired by Australia’s elite looking to escape the rate race – it cost a few biccies to snap up.

A cliff-top penthouse in Sydney with a swanky roof-top terrace allows you to gaze over some of the country’s poshest suburbs. 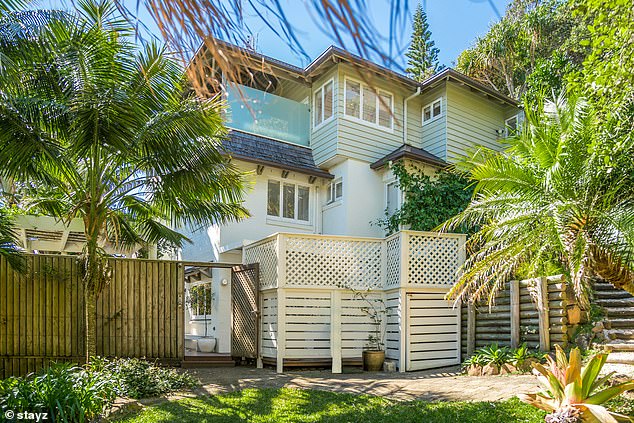 The mansion in Byron Bay, known as The White House, features stunning ocean views and is just a short walk from the beach 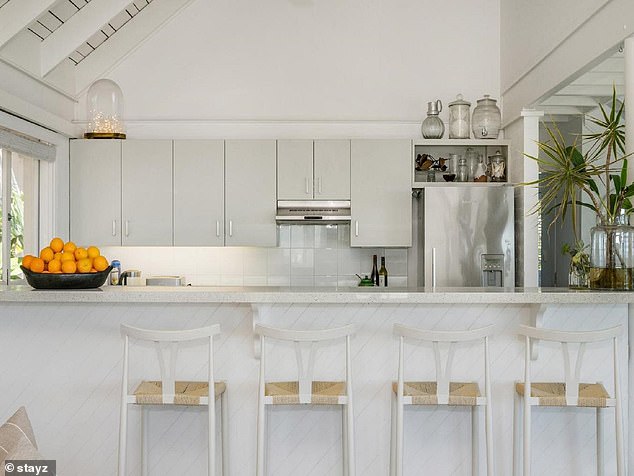 The five-bedroom home was previously rented out to superstars such as Kate Moss and Elle Macpherson, for an eye-watering $14,000 a week

Eisen and Molnar, who co-founded the tech-start-up Afterpay, hit the jackpot after shares in their buy now, pay later business soared last week by 9.5 per cent to $68.16 in the stock market.

The entrepreneurs, who each own 20.5 million shares in the company, are now worth a cool $1.4billion catapulting them on to Australia’s rich list.

The wealth is tied up in equity but it has not stopped them from forking out on brick-and-mortar assets.

Since launching the buy-now pay-later company in 2014, the tech gurus have slowly been adding to their real estate collection. 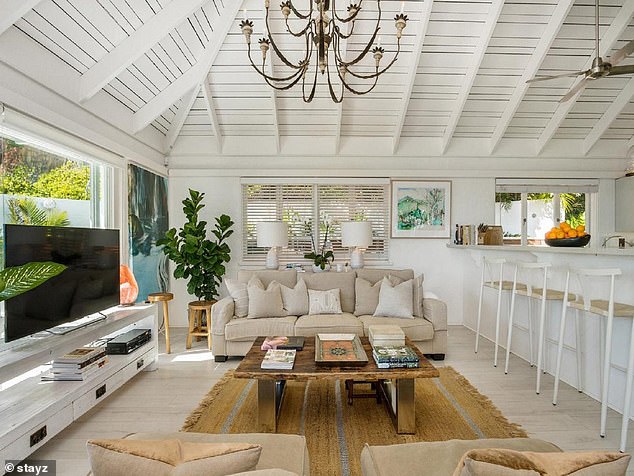 The five-bedroom home, known as The White House, features stunning ocean views and is just a short walk from the beach 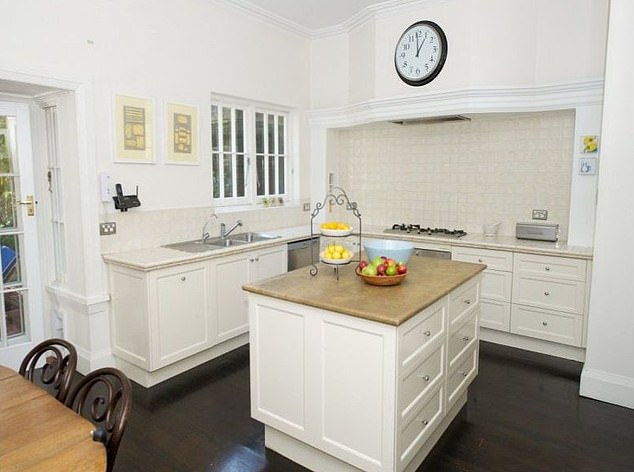 Eisen, who took over as chief executive of the company last year, splurged on a Byron Bay home in 2018.

He bought the property in Wategos Beach for a cool $7.6 million from Charlie Arnott, of the Arnott’s Biscuits family, according to Domain.

The property, known ‘The White House’, has five-bedrooms and features stunning ocean views just a short walk from the beach.

Previously rented out to superstars such as Moss and Macpherson, it will set you back an eye-watering $14,000 a week.

The holiday home compliments Eisen’s other property in the affluent coastal suburb of Brighton, in Melbourne’s south-east.

He dropped $6.2 million in 2017 on the mansion he shared with his wife Samantha.

The family has since relocated to Melbourne but Eisen has also held on to his luxury home in Sydney’s Bellevue Hill. 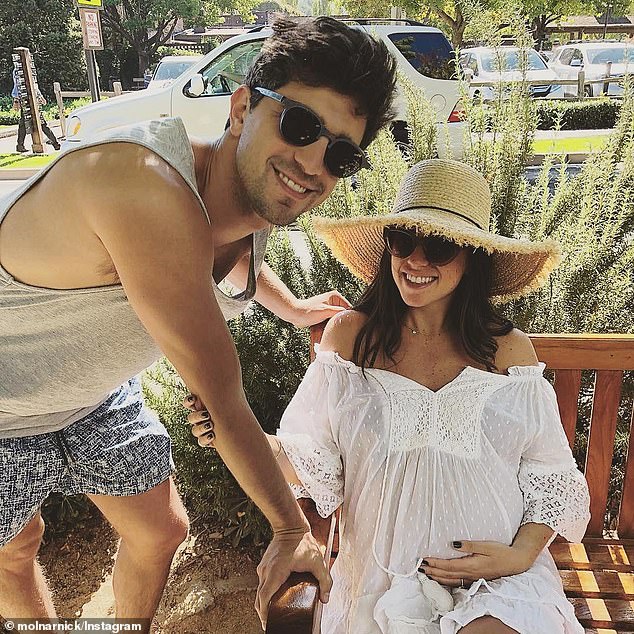 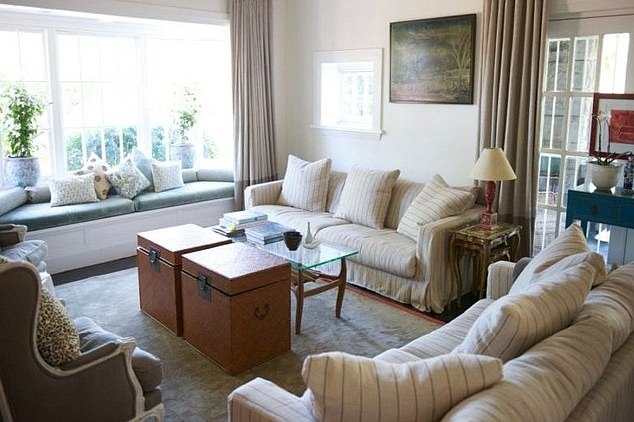 Molnar has also been cashing in on the roaring success of the buy-now pay-later company and has an impressive string of mansions to match.

The tech-superstar bought a $10 million penthouse on the Ben Buckler clifftop in Sydney’s affluent eastern suburbs with his wife Gabrielle in August last year.

The three-bedroom North Bondi property includes a rooftop terrace and a pool.

Their expansive property empire is a long way from their some-what humble beginnings. 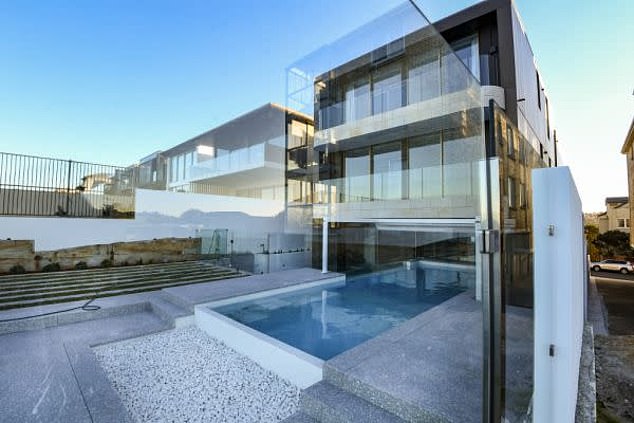 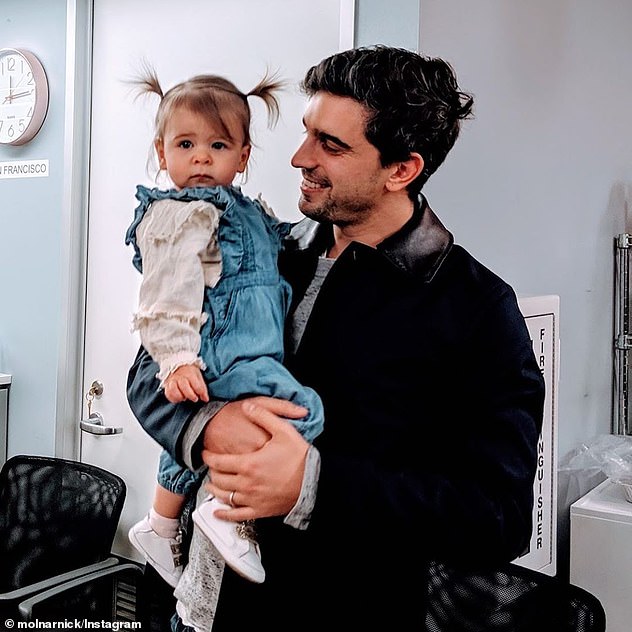 Molnar said he always tries to maintain a boundary between work and his personal life, dedicating breakfast to spending time with his wife and daughter Ella (pictured together)

Molnar and Eisen were neighbours, both living in Sydney, when they launched Afterpay in 2014.

Eisen, 47, already had a successful career working in investment banking where he specialised in mergers and acquisitions.

The former chief investment officer at Australian holding company Guinness Peat Group was approached by Molnar, who was just 18 at the time, with a business idea to create a consumer lending start-up aimed at millennials.

His idea was sparked after the 2008 financial crisis, which ultimately deterred a generation from wanting to commit to a credit card.

The fledgling company gained traction with online shoppers and a campaign was launched to get consumers to contact their favorite retailers and request that they offer Afterpay. 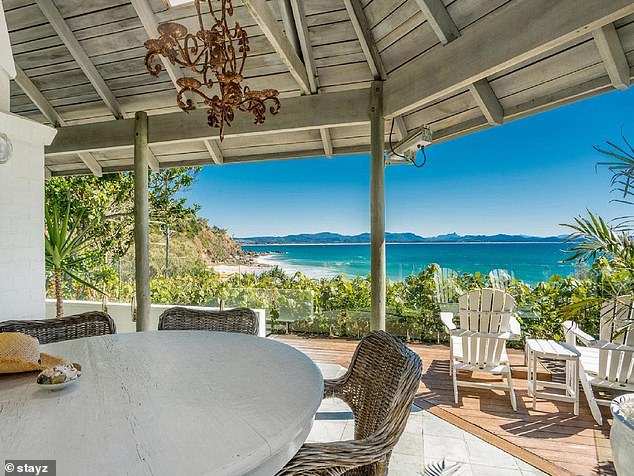 Eisen bought a property in Wategos Beach for a cool $7.6 million from Charlie Arnott, of the Arnott’s Biscuits family in 2018 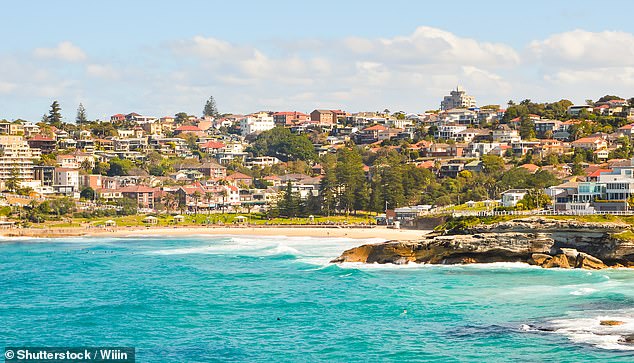 The couple also own two bedroom apartment in North Bondi, which they first bought in 2013 for $900,000

The tech start-up quickly grew and was taken public in 2016 resulting in steady customer growth until March this year when the coronavirus took hold and brought the business along with many others to a halt.

Afterpay shares sank by more than 30 per cent, before re-surging from April when Chinese tech giant Tencent bought a five per cent stake.

The partnership between the two tech companies helped push the shopping service into the Chinese market and Molnar and Eisen into the company of Australia’s mega-rich.