After finding fame – and each other – in the early 1990s, Tim McGraw and Faith Hill have become a powerhouse couple within the world of country music and beyond.

With an estimated joint net worth of $165million, the pair are arguably the King and Queen of country music – and it looks like their three daughters, Gracie, 25, Maggie, 24, and Audrey, 20, are more than ready to inherit their parents’ crowning fame.

Having seen their parents dominate the music charts, impress with performances in hit movies, and provide a masterclass in navigating fame, it comes as no surprise that the couple’s offspring are now making their own mark in a wide variety of fields, spreading their talents across the stage, screen, catwalk – and even in politics. 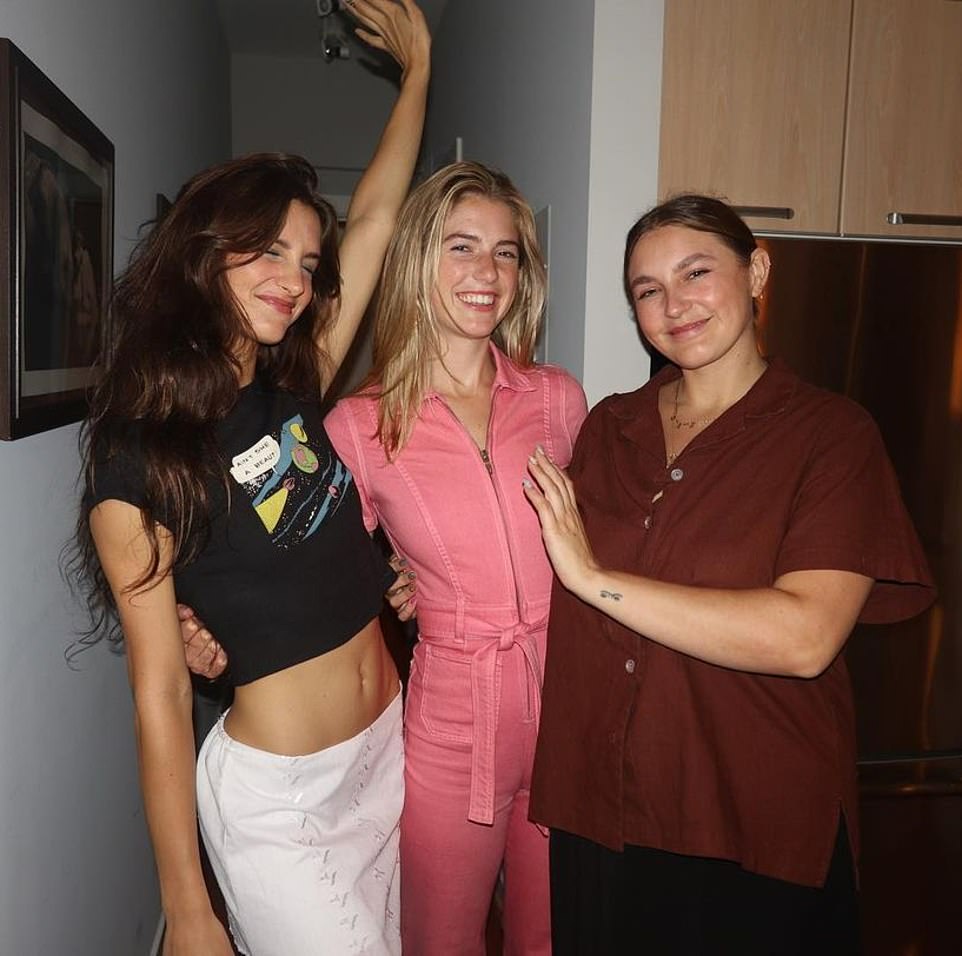 Ultimate trio: Like their parents, all three ladies have a love for music and are carving out their own path after growing up as country music royalty

Eldest daughter Gracie has used her love of singing and acting to lead her pursuit both in Los Angeles before she then made a move to Broadway.

Youngest daughter Audrey has already dabbled in modelling for brands such as Tory Burch and made her acting debut in her father’s music video – all before turning 21.

Meanwhile, middle child Maggie has been inspired by her parent’s passion for the planet and chose to gain a Masters in Sustainability Science and Practice from Stanford University.

Here, FEMAIL reveals how the couples three kids are coming into their own and stepping into the spotlight with a little help from their famous parents. 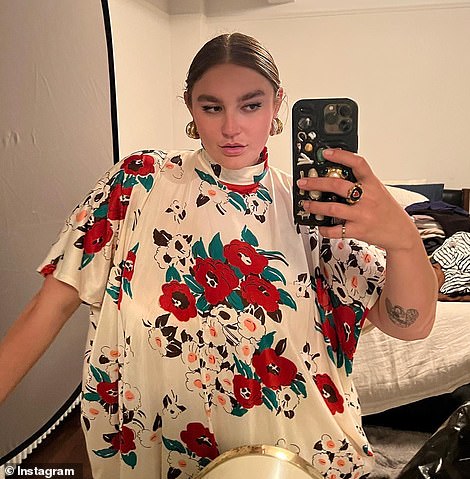 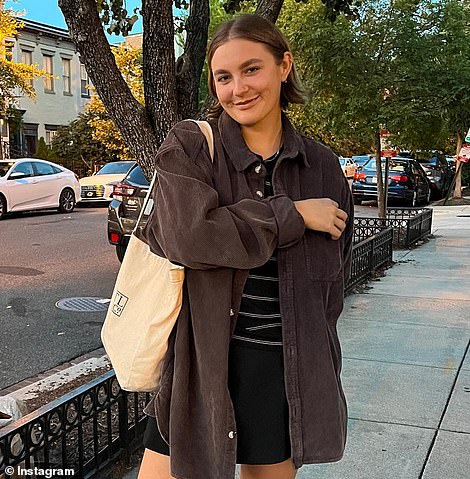 Taking the leap: Eldest daughter Gracie has used her love of singing and acting to inspire a move to Broadway 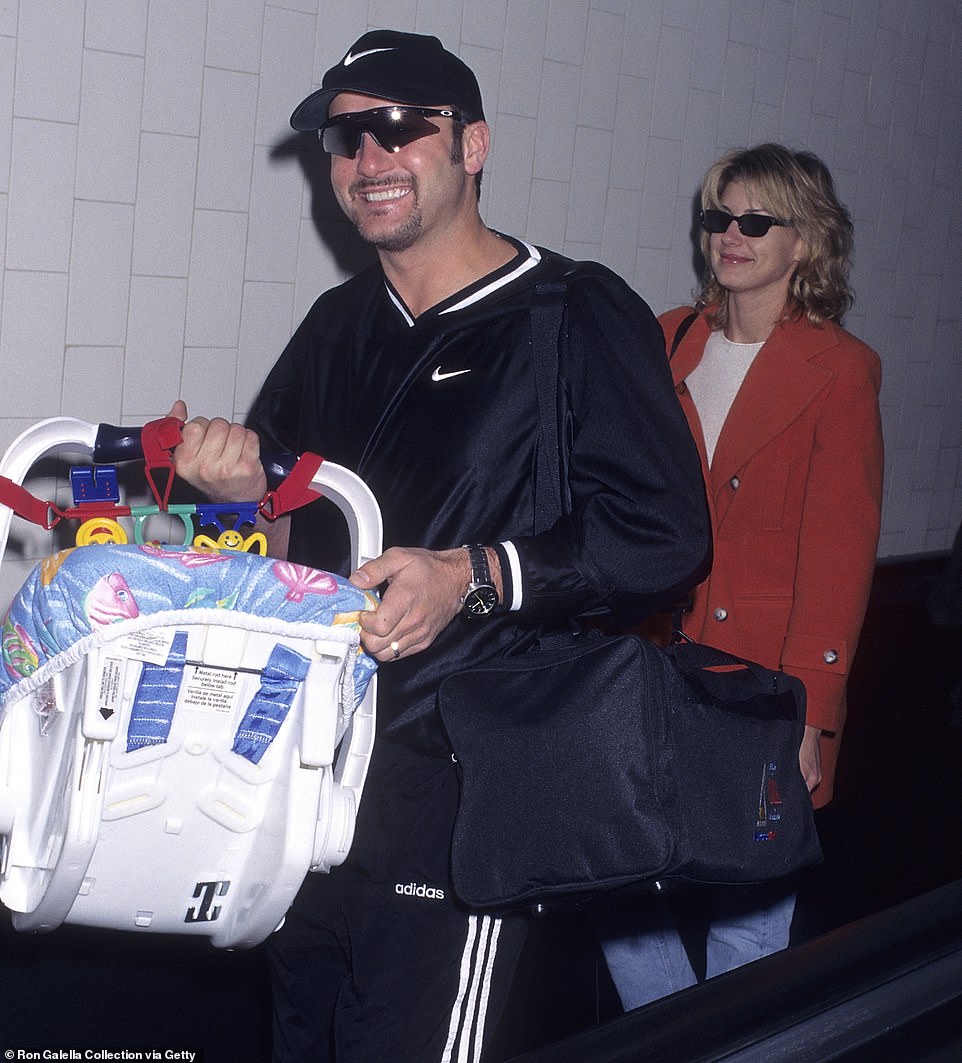 Newlyweds: Tim McGraw and Faith Hill tied the knot in 1996 and welcomed their first daughter Gracie the following year – pictured in 1997

A year after Tim McGraw and Faith Hill tied the knot, the couple welcomed their first daughter Gracie in 1997. Having grown up in Nashville and watching her superstar parents wow the crowds on stage throughout her life, it is no surprise Gracie grew up to love singing and performing.

In 2015, fans of her father got to hear what the budding performer was working with after she recorded vocals for the track, Here Tonight, on her dad’s 2015 Damn Country Music album. The pair even performed the song together on stage later that year.

During her college years, she started a rock band called Tingo, in which she was the lead singer and played rhythm guitar. 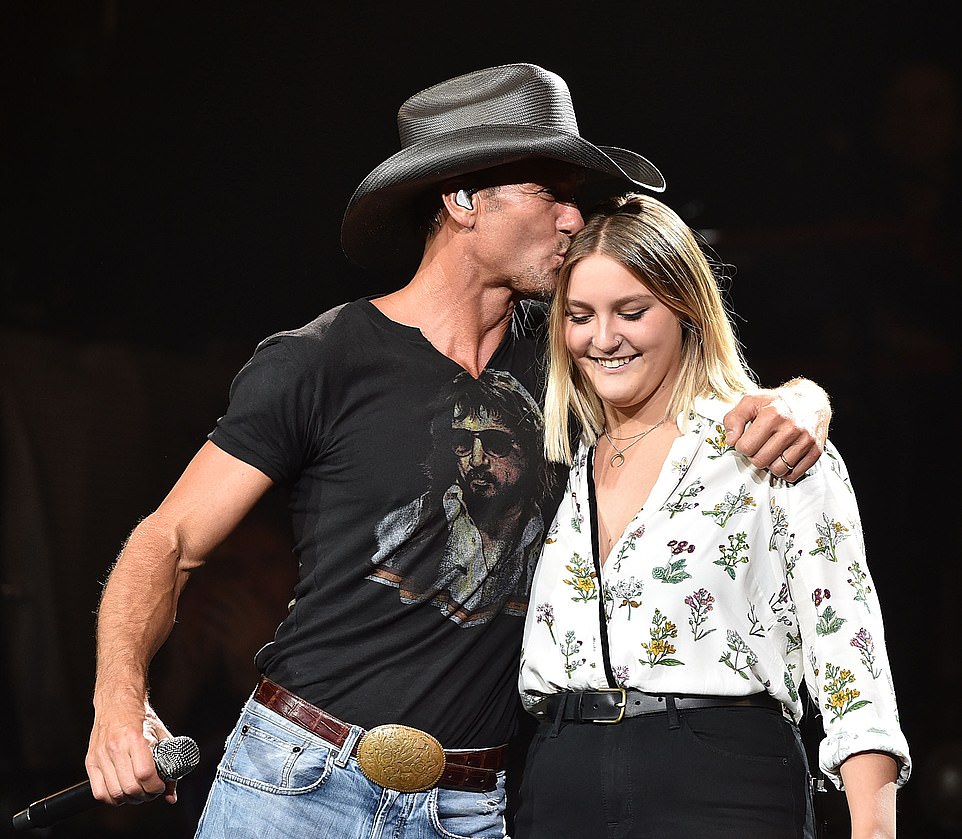 In the genes: Fans got to hear the budding performer’s range when she featured on the track, Here Tonight, on her dad’s 2015 Damn Country Music album – pictured in 2015

However, Gracie soon decided to focus on solo efforts as she pursues an acting career.

Taking to Instagram in August 2019, she revealed her decision to move from Tennessee to Los Angeles.

‘It’s kind of wild that Nashville has been my home base for my whole life but it never really felt like home to me. Tomorrow I start my journey to the big LA baby!!!’ she wrote.

‘This is a start of a journey where I can actually care about myself and do things for ME!! I’ve never been that person, and honestly, it’s very scary, but I’m so proud of myself.’ 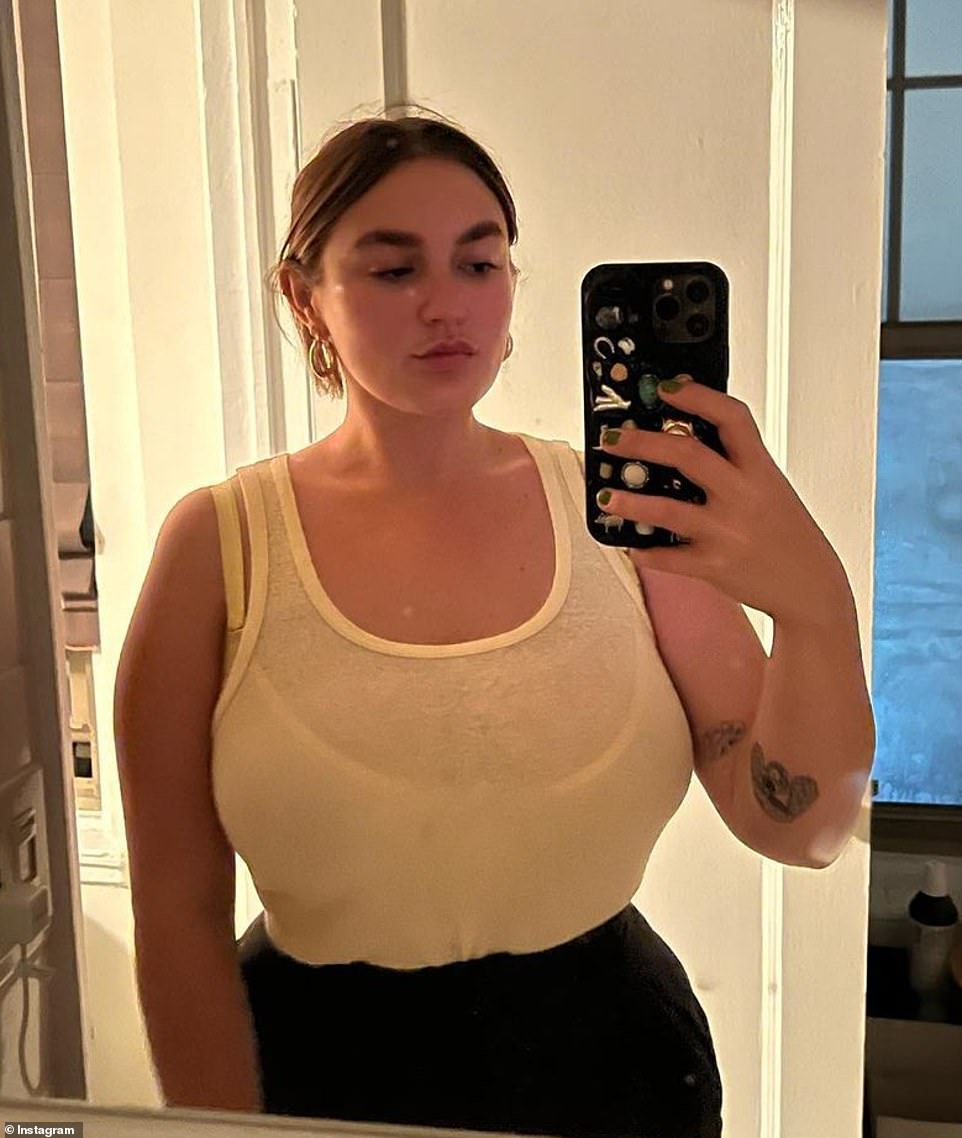 Working girl: After moving to New York in 2021, the singer most recently performed in Broadway Sings

Back in 2020, Gracie posted a jaw-dropping performance of The Wizard and I from the musical Wicked on her Instagram page as part of her ‘Showtunes Sunday’ series.

In 2022, she went viral again for performing I’m Not That Girl from the musical, the ballad that was made famous by Idina Menzel when she played the witch Elphaba in the original Broadway production in 2003.

By late 2021, Gracie made the move to New York City to pursue a project on Broadway.

After she decided to start posting regular clips of herself singing famous Broadway songs on Instagram, Gracie proved the apple doesn’t fall far from the tree as she wows the world with her powerful vocals.

The talented singer is currently performing in Broadway Sings.

Maggie Elizabeth McGraw, 24: The university graduate doing her part to change the world 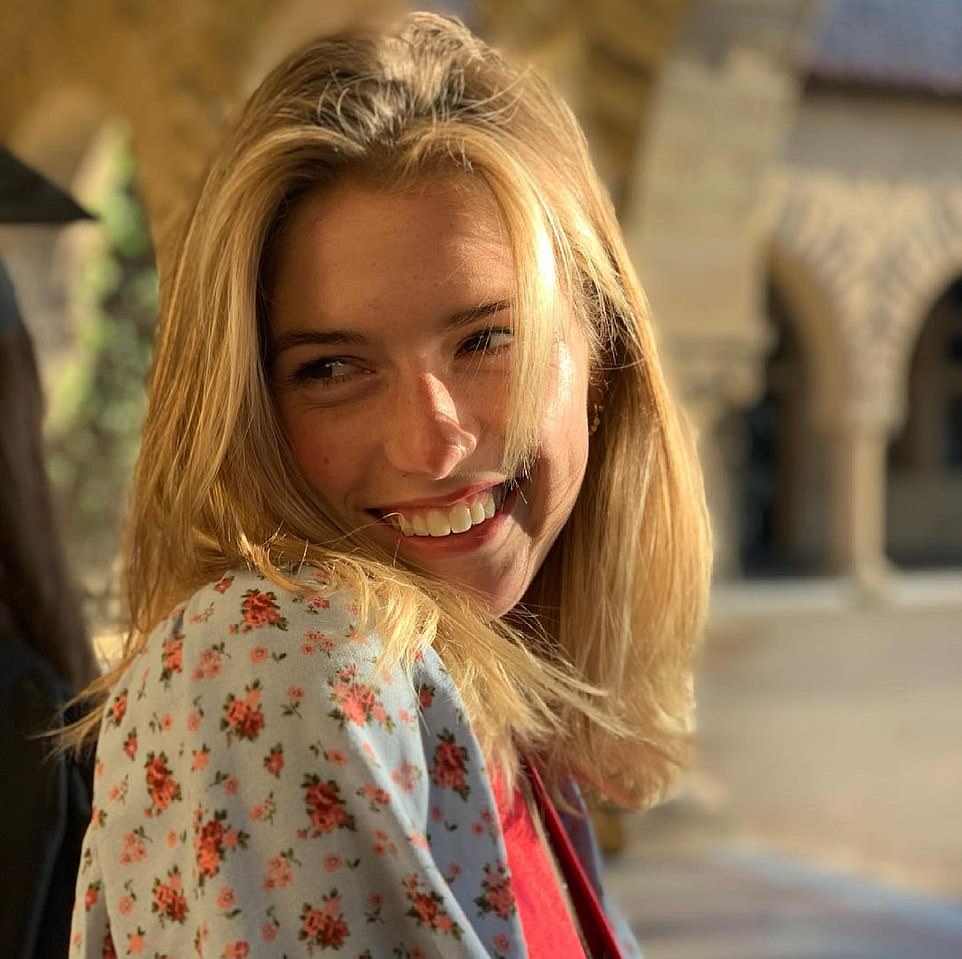 On a mission: Tim and Faith’s second daughter Maggie has chosen to focus her efforts of helping to change the world we live in 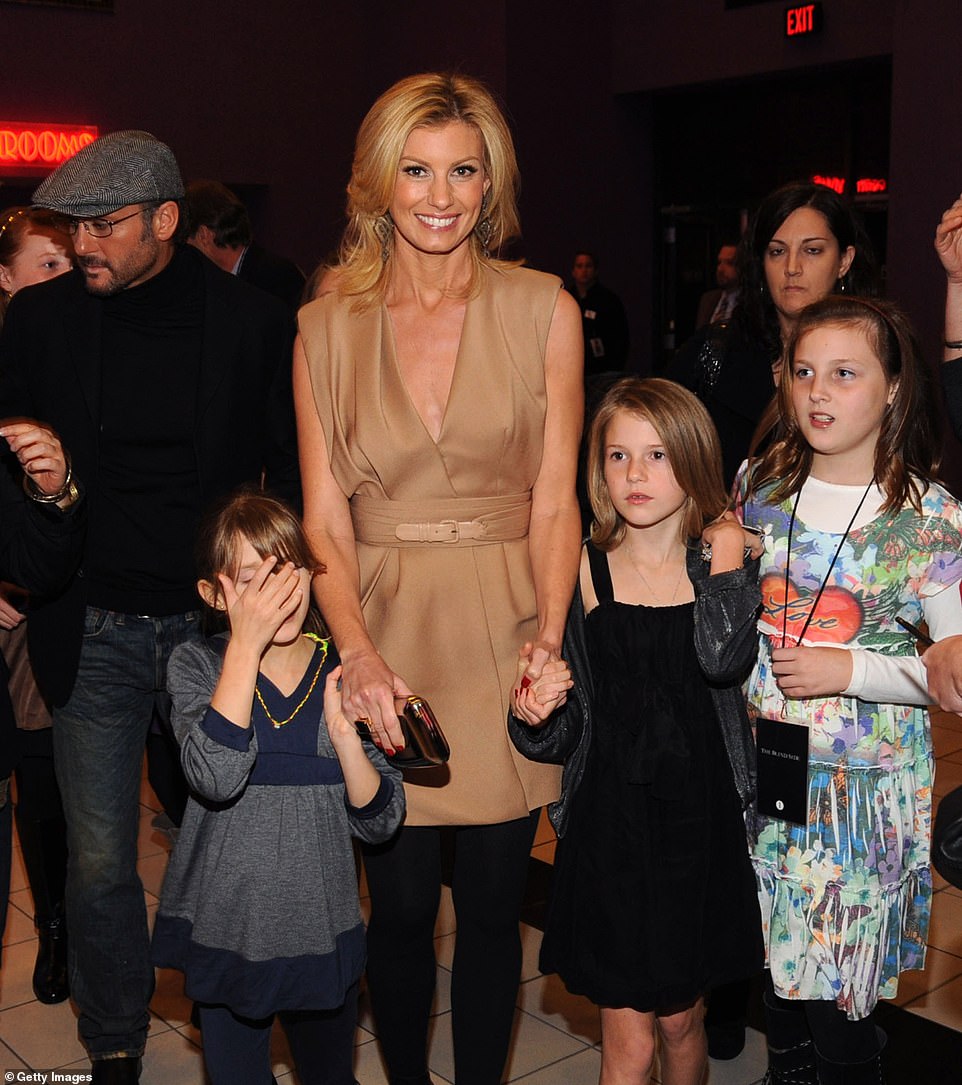 Pulling back: Maggie has gone on to be the most reclusive of their three kids after growing up in the limelight with her famous family

Tim and Faith welcomed their second daughter, Maggie, on August 1998 and she has gone on to be the most reclusive of their three kids.

After watching her parents support climate change efforts, with the pair even performing at Al Gore’s Live Earth concert in 2007, Maggie has chosen to focus her efforts of helping to change the world we live in.

This has led to her a Masters degree in Sustainability Science and Practice from Stanford University.

When she graduated in June 2021, her proud father wrote: ‘We are so incredibly proud of our Maggie May!!!! She graduated from her Masters program at Stanford University this weekend and what a celebration!!!

‘I have such admiration for her work ethic, her fierce love of her family and especially her passion to make the world a better place….. Go get em my sweet girl!!!! Proud Pop!’ 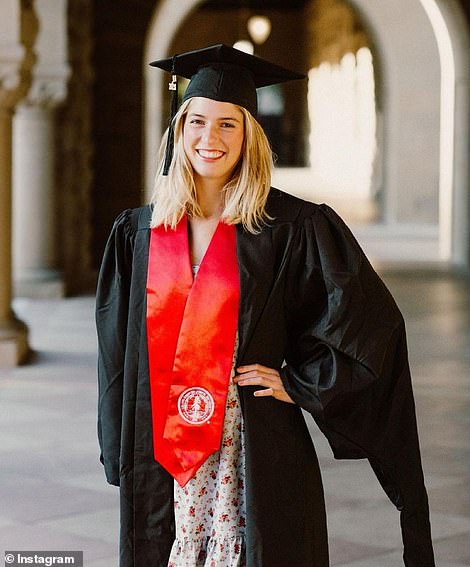 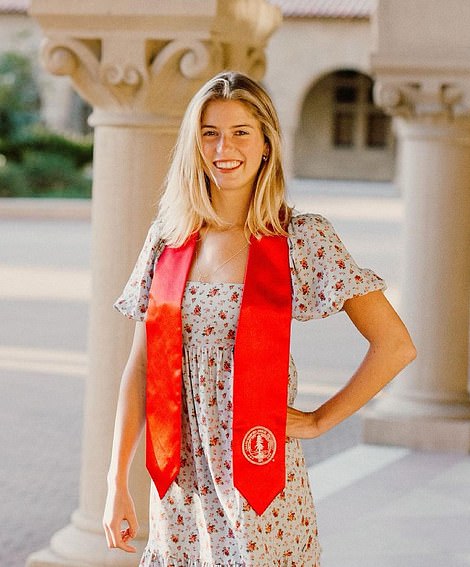 Inspired: After watching her parents support climate change efforts, Maggie graduated with a Masters degree in Sustainability Science and Practice from Stanford University in June 2021 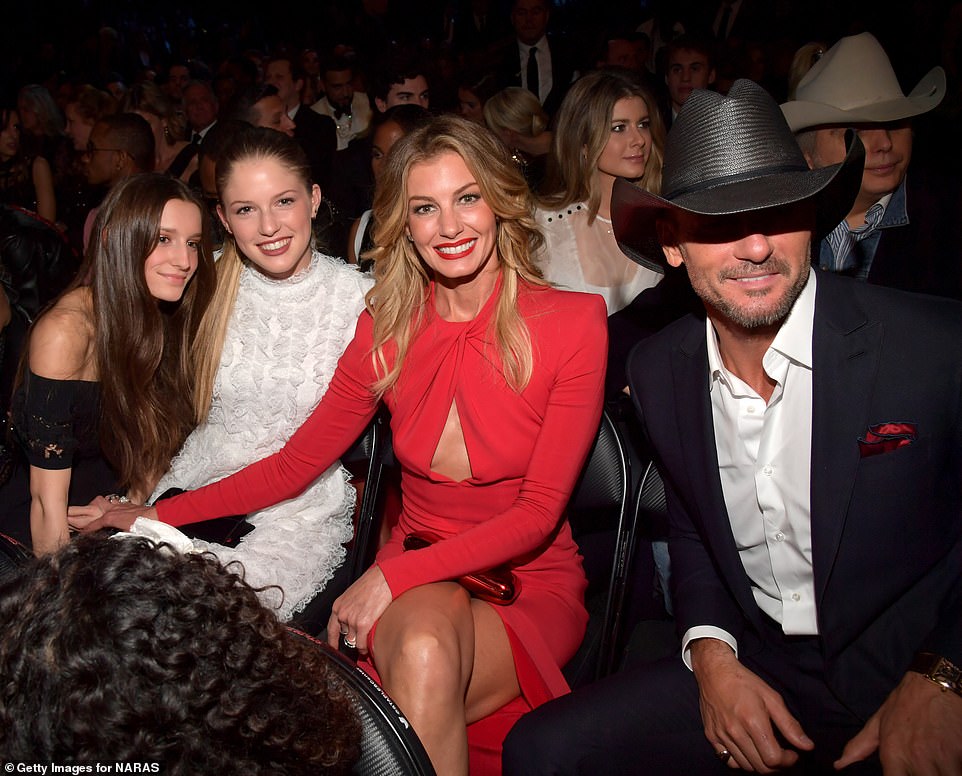 For the people: Maggie appears to be following in the political footsteps of her Nashville-resident parents, amid reports she is working for a Democratic representative from Tennessee – pictured in 2017

However, Maggie also has a love of music just like the rest of her family and she was part of a rock band named Sister Supply while she was an undergrad student at Stanford.

Maggie – who was also on the cheerleading squad – even performed with her band at the Frost Music Festival at the university in 2018.

In February 2022, it was reported by The Hill that she was working as a staff assistant and legislative correspondent in congressman Jim Cooper’s office – a Democratic representative from Tennessee.

It would seem Maggie is also following in the political footsteps of her Nashville-resident parents, who have long defied the country-music standard with their vocal support of the Democratic Party. 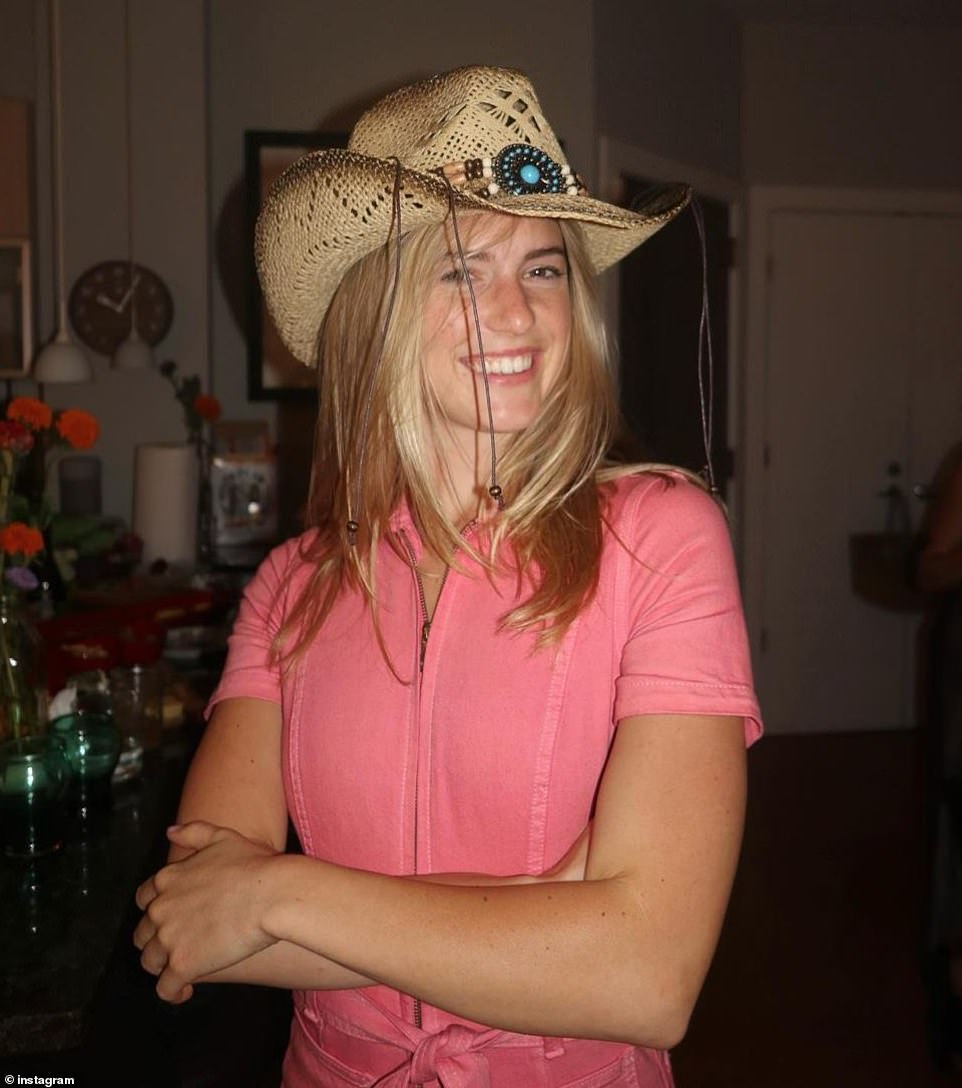 Country girl at heart: Maggie also has a love of music just like the rest of her family and she was part of a rock band named Sister Supply while she was an undergrad student at Stanford

During the coronavirus pandemic, Maggie took time to help the Feed the Frontline charity in Nashville, which helped to deliver. food to front-line workers.

She deleted her Instagram account in 2021 before returning the social media platform in July 2022, however, she been keeping her life more private.

On August 13, Maggie was joined by her parents and sisters to celebrate her 24th birthday in New York City.

The famous brood made their way to NYC hot spot Polo Bar in a rare group outing that delighted fans.

Audrey Caroline McGraw, 20: The actress and fashion model who gets praise from her parents’ celebrity pals for her vocal skills 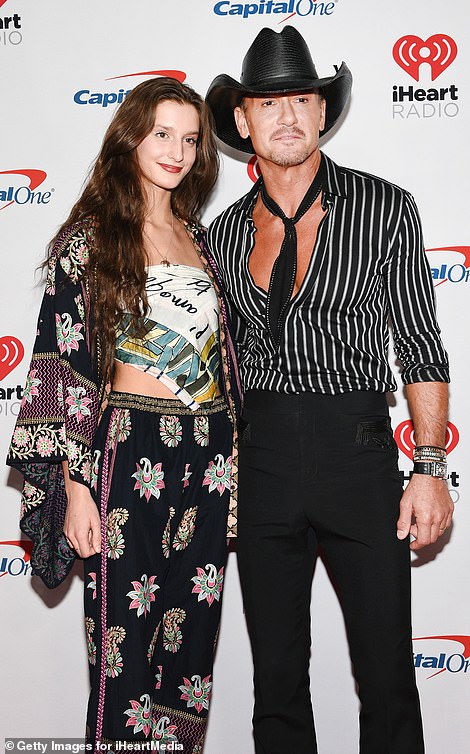 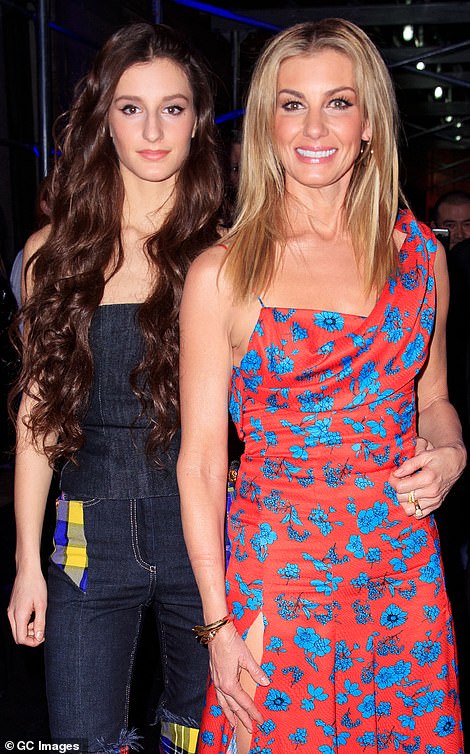 All smiles: Much like her parents, Tim and Faith’s youngest child is a natural in front of the camera 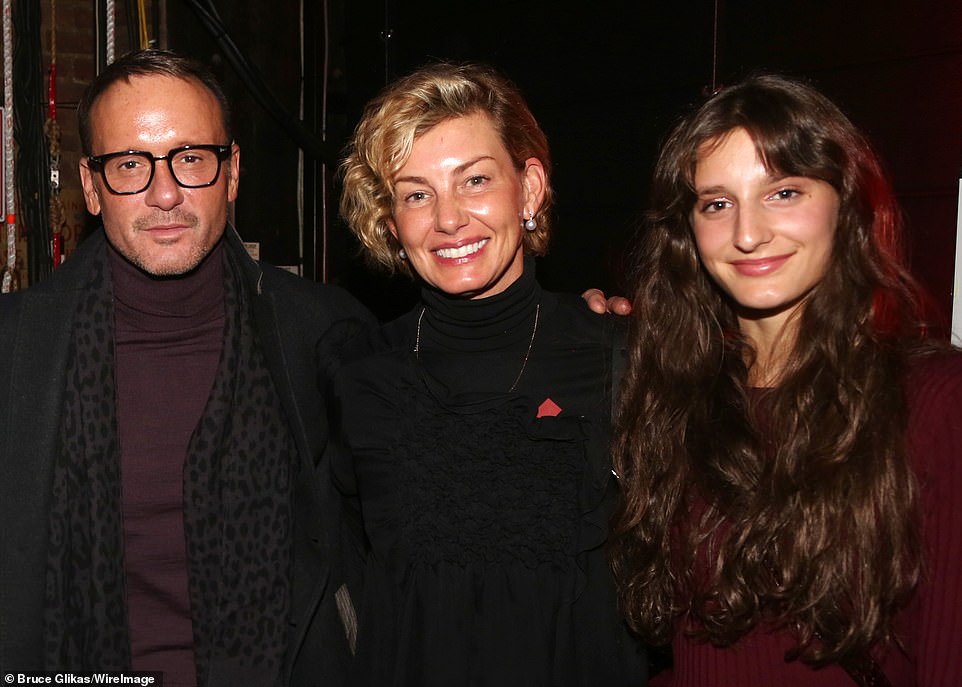 Family affair: Like the rest of her family, Audrey has a huge love of music and is able to play the piano

Tim and Faith welcomed their youngest daughter, Audrey, in December 2001 and, much like her parents, the young star is a natural in front of the camera.

After watching her father get praise for his performances in films such as Friday Night Lights and The Blind Side and her mom Faith has showcase her acting chops in project such as 1883 and Stepford Wives, Audrey has also caught the acting bug.

Indeed, she made her acting debut in the 2020 music video for her dad’s track, 7500 OBO – after she graduated high school.

The then 19-year-old appeared as a lovelorn teen in the video as she experiences love and loss for the first time in an old pickup truck.

In the video, Audrey’s character is seen interacting with her father (played by an actor, not her real dad) as he purchases the truck for her, before she eventually meets and falls for a handsome suitor. 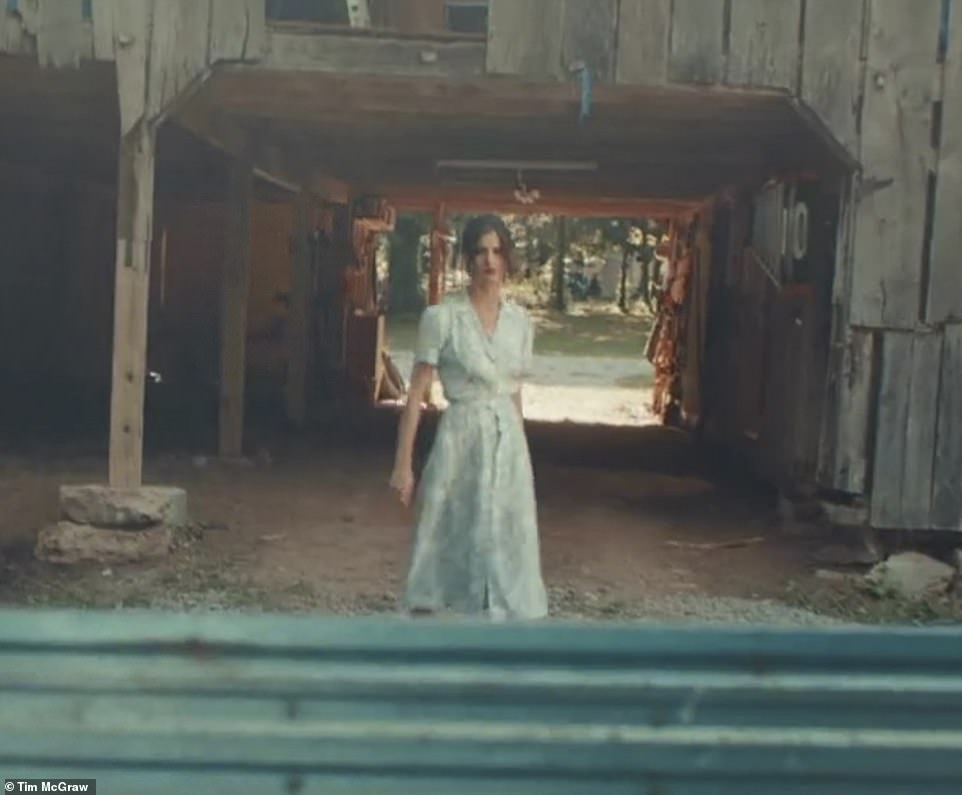 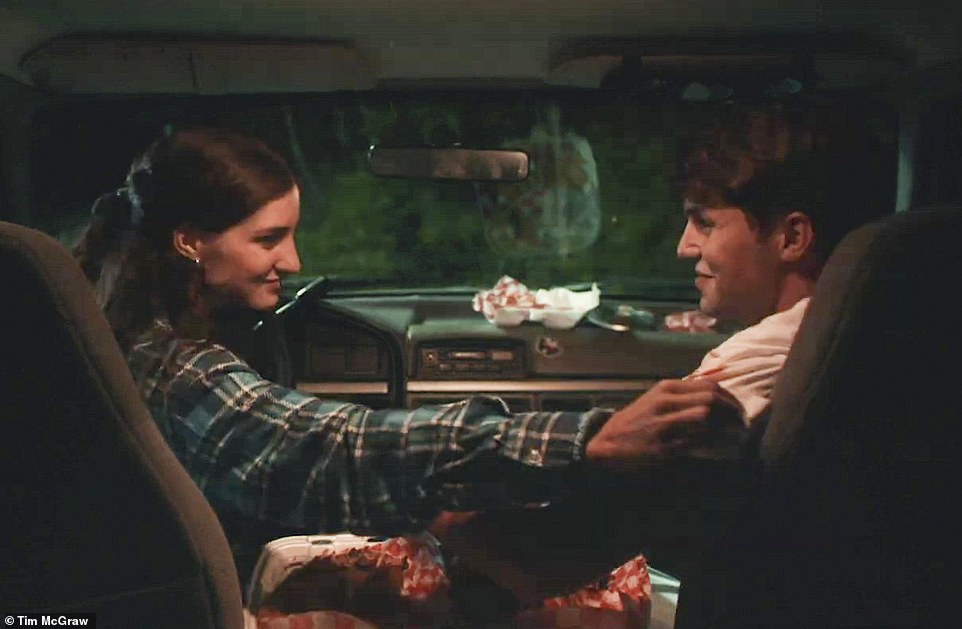 Young love: When she was 19, the brunette star appeared as a lovelorn teen in her father’s music video

As her real father Tim, 54, sings of the heartbreak that causes him to be selling the truck, Audrey gets her heart broken as her boyfriend moves away in the clip.

Ahead of the video’s release, Tim posted a sweet snap with his daughter from the set, with the pickup in question seen in the background.

‘Couldn’t be more thrilled to have my youngest daughter, Audrey, play the lead role in the music video for 7500 OBO!!!’ he wrote in the caption.

Faith posted the same photo to her Instagram, writing: ‘So proud of these two. Our baby girl Audrey has grown up. Don’t miss the premiere of Tim’s new music video with Audrey. It is so good!!!’ 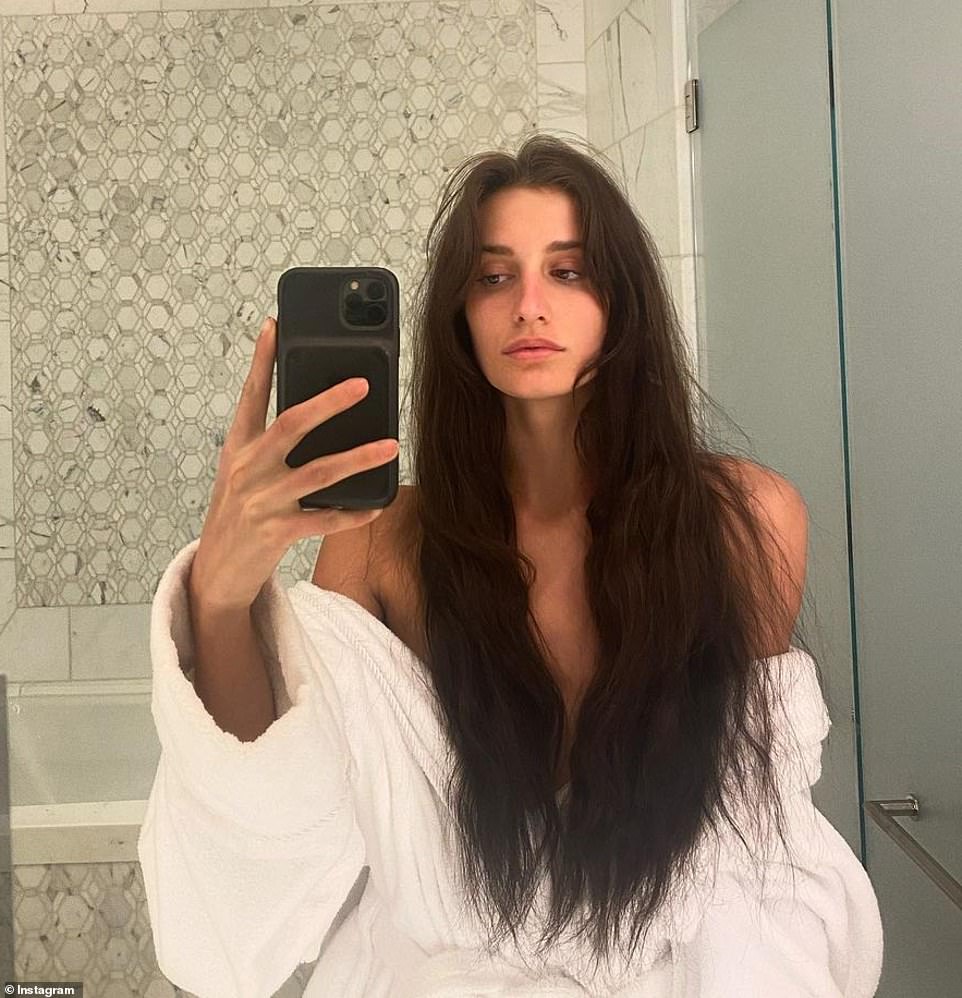 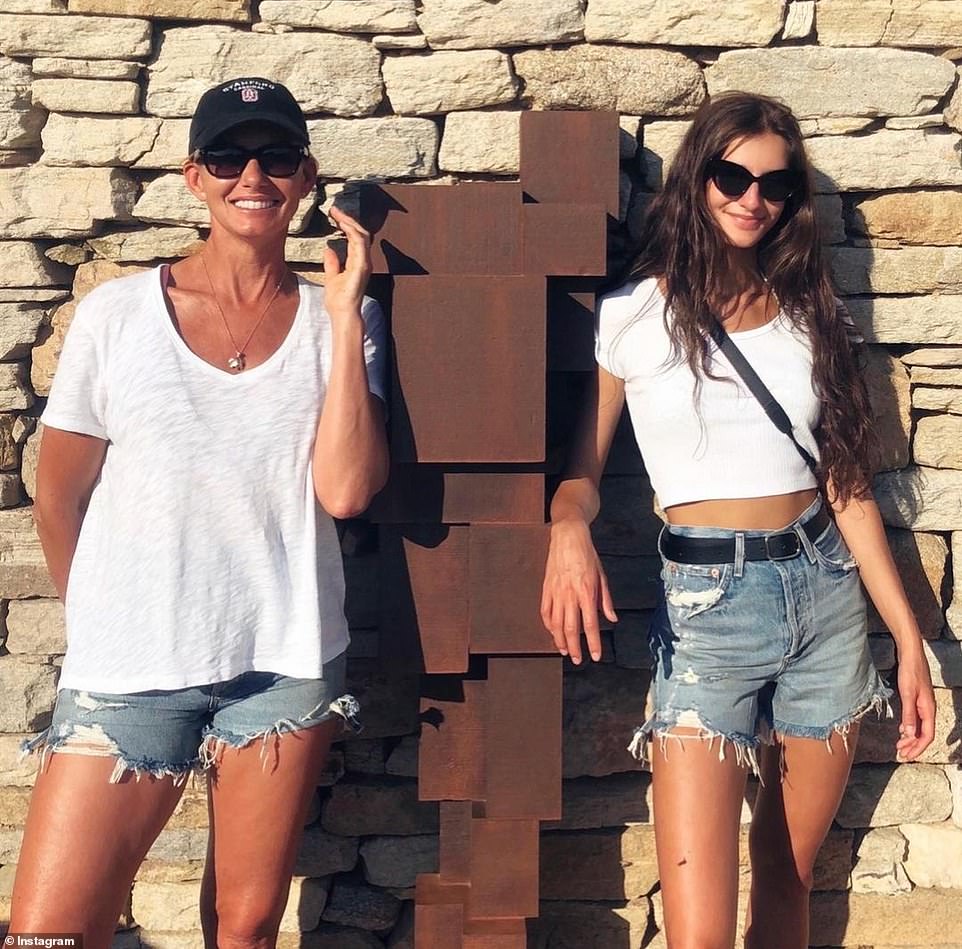 Like mother, like daughter: The budding star often shares sweet pictures of herself and her family on social media

Like the rest of her family, Audrey has a huge love of music and is able to play the piano.

Her social media followers (including 58,000 Instagram followers) are often treated to videos of the rising star singing at the piano at her home – which receive rave reviews from her famous followers such as Rita Wilson.

Audrey even recently appeared as a backup singer on her Dad’s track, Last Dollar (Fly Away).