The federal police raid on Mellissa Caddick’s home may have humiliated her to the point she chose to take her own life, a forensic psychiatrist has told an inquest into the missing fraudster’s presumed death.

Dr Kerri Eagle diagnosed Ms Caddick with a ‘narcissistic personality disorder’ but noted the limitations of never having interviewed her and basing her assessment purely on statements and other records.

Ms Caddick portrayed herself as a highly successful and affluent person and fed her self-esteem through the admiration of others, Dr Eagle told the inquest.

Facing exposure as a fraud and not appearing as brilliant as she projected, if she felt she could not recover from such humiliation she may suddenly feel there was no other outlet than suicide, Dr Eagle said.

But from her assessments, Dr Eagle did not believe Ms Caddick displayed psychopathic or sociopathic tendencies.

Her assessment came as Ms Caddick’s husband denied playing any role in his wife’s disappearance and rejected suggestions he deliberately delayed reporting her missing to avoid police attention.

Anthony Koletti told the inquest he definitely did not assist in her disappearance.

Melissa Caddick’s husband is set to return for his fourth day of evidence at her inquest after a psychiatrist said she had narcissistic personality disorder. Pictured is Melissa Caddick with Anthony Koletti

‘Did you delay reporting her missing in order to give her time to try and go somewhere… or end her own life?’ counsel assisting Jason Downing SC asked on Thursday.

Earlier, the hairdresser and part-time DJ was again questioned about the day he says Ms Caddick disappeared from their Sydney eastern suburbs home.

‘Was it in fact to smoke a joint?’ Mr Downing asked.

‘You must remember,’ Mr Downing said.

‘On a night you told us you were conducting searches throughout the day… you in fact went to smoke a joint with a friend,’ Mr Downing said.

Mr Koletti said he was concerned about his wife and accepted he smoked weed to calm himself down. 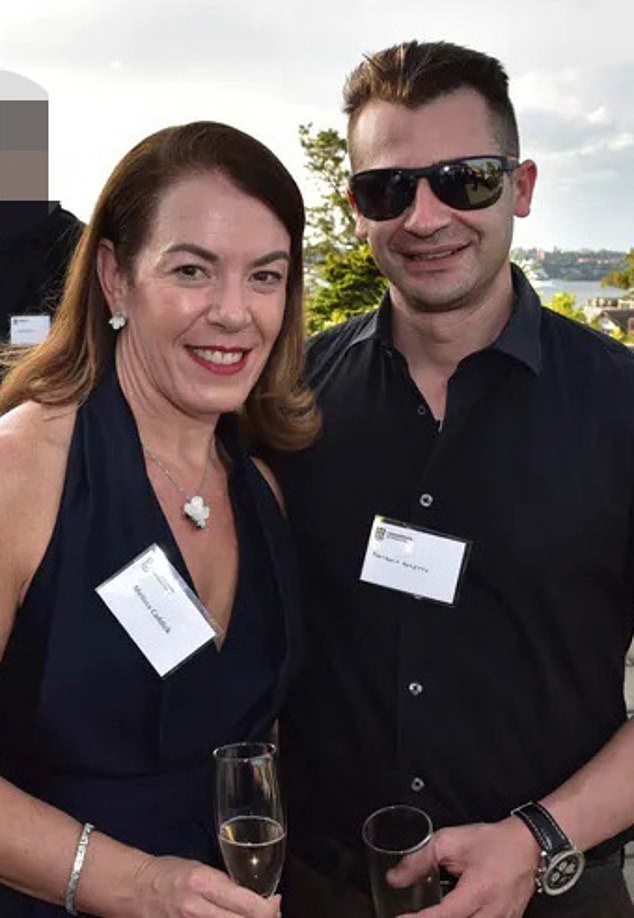 Text messages exchanged with that friend were later deleted by Mr Koletti before he handed his phone over to police to assist with their inquiries, Mr Downing said.

Mr Koletti said doing that must have had ‘something to do with marijuana’.

He formally reported his wife missing the following day and was asked on Thursday if he had been out the night before.

The day she went missing is ‘all a bit of a blur,’ Mr Koletti told the inquest before adding his recollection is ‘quite hazy’.

In several different police reports and for weeks after her disappearance, Mr Koletti maintained Ms Caddick left the home in black exercise gear and silver Asics.

But after she failed to return, he says he assumed she was meeting a lawyer or staying in a hotel before her court appearance the following day.

Mr Downing asked Mr Koletti why he insists she left in athletic wear if he later believed she was meeting a lawyer.

Mr Koletti said it was based on assumptions, but denied seeing her wearing them.

In February 2021, her decomposing foot encased in a shoe washed ashore at Bournda Beach on the NSW south coast.

Ms Caddick’s brother Adam Grimley has said in an affidavit the family was ‘floored’ that counsel assisting the coroner seemed to be ‘going after’ his brother-in-law.

He noted that counsel seemed to be presenting ‘unverified gossip as fact’ and said Mr Koletti had suffered enormously from the loss of his wife, the shock of her misconduct and unsubstantiated accusations that followed.

Overnight he had received abusive messages including one reading: ‘Dodgy prick, I hope you get locked up,’ his lawyer Judy Swan said.

The inquest continues on Friday. 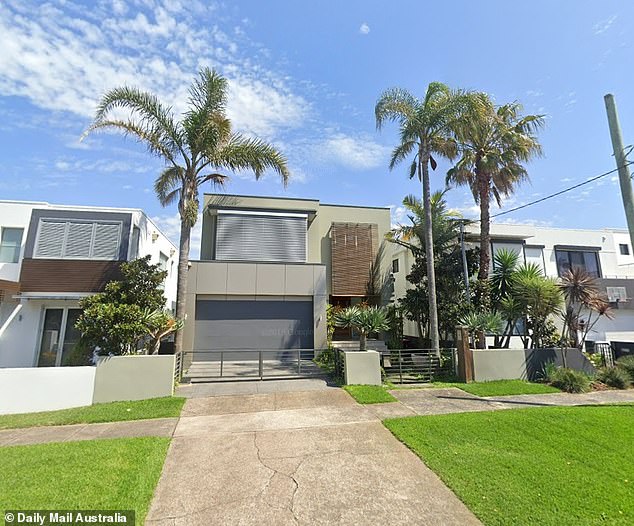 The Dover Heights property Melissa Caddick called home was purchased for $6.2 million in 2014 and could be now worth up to $10 million, according to real estate experts