Pre-packed food, no buffets and the end of self-service drinks: Inside the post-pandemic Qantas lounge as airline makes widespread changes to combat coronavirus

By Louise Ayling and Claudia Poposki For Daily Mail Australia

Travellers will soon be able to return to the Qantas Lounge but it won’t be anything like they’ve experienced before.

The Australian airline will begin reopening its lounges in Canberra, Sydney, and Melbourne airports in July.

But unlucky travellers could be turned away at the door, with limits in place to control numbers of guests inside and reduce the potential spread of COVID-19.

Qantas will begin reopening its lounges in Canberra, Sydney, and Melbourne airports in July (pictured: stock image of guests in the Melbourne Qantas business lounge)

The days of buffet meals and self-service drinks are gone, the Australian reported.

Instead, guests will be offered a choice of pre-packaged meals and snacks.

There will be a staggered approach to the reopening, with the Business and Chairman’s lounges the first to return, ahead of the standard Qantas lounges.

These operate on an invite only basis.

While new hygiene protocols will mean an increase in cleaning of the facilities, involving the disinfection of surfaces at regular intervals during the day. 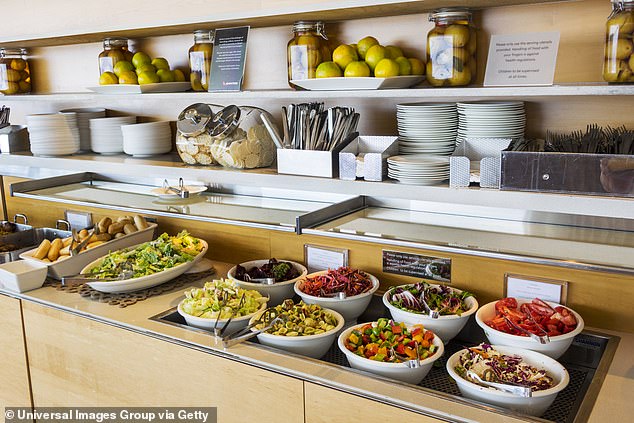 Hand sanitising stations will also be set up at entry points and throughout the lounges and seating will be adjusted to allow for more space between guests.

However the changes will result in a reduction in capacity which means unlucky travellers may be turned away at the door.

The airline’s overseas lounges may not reopen for some time, as overseas flights remain limited to only ‘rescue’ operations for stranded Australians.

Qantas closed off its lounges to flyers in late March across Australia and overseas in line lockdown restrictions. 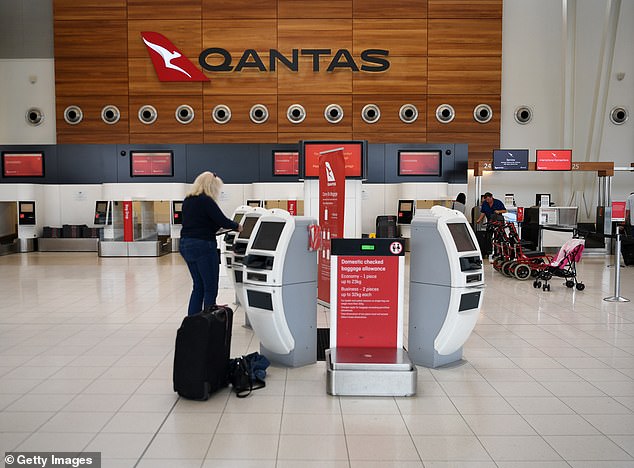 The reopening comes as the airline announced it would be tripling the number of domestic flights to cater for increased demand over the July school holidays (pictured: a woman checks in for a flight in Adelaide on April 1)

The reopening comes as the airline announced it would be tripling the number of domestic flights to cater for increased demand over the July school holidays.

More than 300 return flights will be added by Qantas and low-cost carrier Jetstar at the end of the month.

By the end of July the airlines hope to return to 40 per cent of their pre-coronavirus flight frequency. 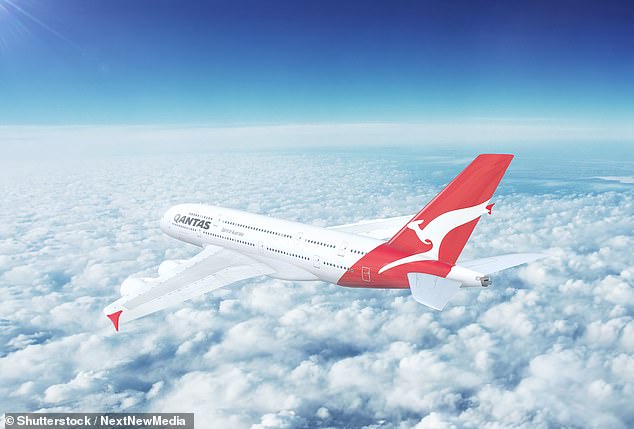 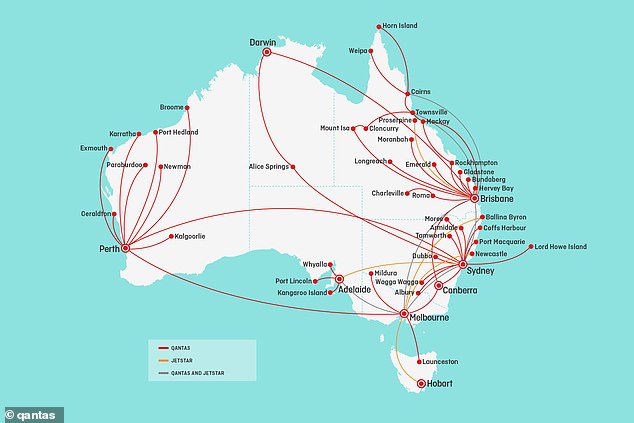 There are currently five Qantas flights per week between the two capital cities but by the end of July there will be 47.

There will be more intra-state flights in Western Australia and Queensland, particularly to places such as Broome and Rockhampton.

Qantas Group CEO Alan Joyce said: ‘We know there is a lot of pent up demand for air travel and we are already seeing a big increase in customers booking and planning flights in the weeks and months ahead.’

‘The one million people who work in tourism around Australia have been really hurting over the past few months. These additional flights are an important first step to help get more people out into communities that rely on tourism and bring a much-needed boost to local businesses,’ Mr Joyce said.

‘Customers will notice a number of differences when they fly, such as masks and sanitising wipes, and we’ll be sending out information before their flight so they know exactly what to expect and have some extra peace of mind.

‘Importantly, the Australian Government’s medical experts have said the risk of contracting Coronavirus on an aircraft is low.’

There will be a lot of health measures during flights to give passengers peace of mind during the pandemic.

Masks and hand sanitiser will be given to all customers.

WHAT ARE THE TRAVEL RESTRICTIONS IN AUSTRALIA?

Premier Mark McGowan announced on Thursday that travel restrictions across the state will be eased at 11.59pm on June 5.

This means regional and remote communities such as the Kimberley region can now be accessed.

Interstate travel is still not permitted and people can only enter the state with an exemption.

Travel is permitted within the state but some areas are subject to biosecurity laws.

You cannot enter these areas unless you have proof you are an essential remote worker.

This will be lifted on June 5.

Anyone arriving in the territory – even domestically – must subject to a 14-day quarantine.

From June 1 residents can travel anywhere within the state. This includes the far north.

There is still no interstate travel allowed.

From June 1, travel across the state reopened.

Caravan parks and holiday homes are allowed to be accessed once again.

There are no restrictions on leaving or re-entering the state.

Victoria has similar rules in place as New South Wales.

There is no limit on travel within or out of the state.

You can travel anywhere you need to within the state.

Tasmania was the first state in Australia to close its borders and all non-essential visitors must quarantine upon arrival.

Travel within the state has opened up however some remote communities have chosen to enforce their own borders.

Anyone visiting these communities must quarantine for 14 days upon their arrival.

Anyone entering the state must quarantine as well.