Inside the rise and rise of the Hillsong mega-church

Hillsong, the glitzy mega-church linked to Justin Bieber and Selena Gomez, is now raking in a whopping $130 million a year in Australia and has more than 40,000 worshippers bursting through its doors each week.

In the last 30 years, the church has ballooned from a small house of worship in Sydney’s north-west to a global Pentecostal Christian empire with record labels and outposts in New York, Moscow and Buenos Aires.

Founded by Brian and Bobbie Houston in 1983, Hillsong estimates the number of people surging through its doors for services has increased by about 6,000 people in the past three years – this week including A-lister Gomez.

But it is everyday churchgoers who are pouring the money into Hillsong’s tax-exempt coffers, financial documents have revealed.

There he is! Justin Bieber (back) and pastor friend Carl Lentz frequented a number of Hillsong events in Australia in 2017 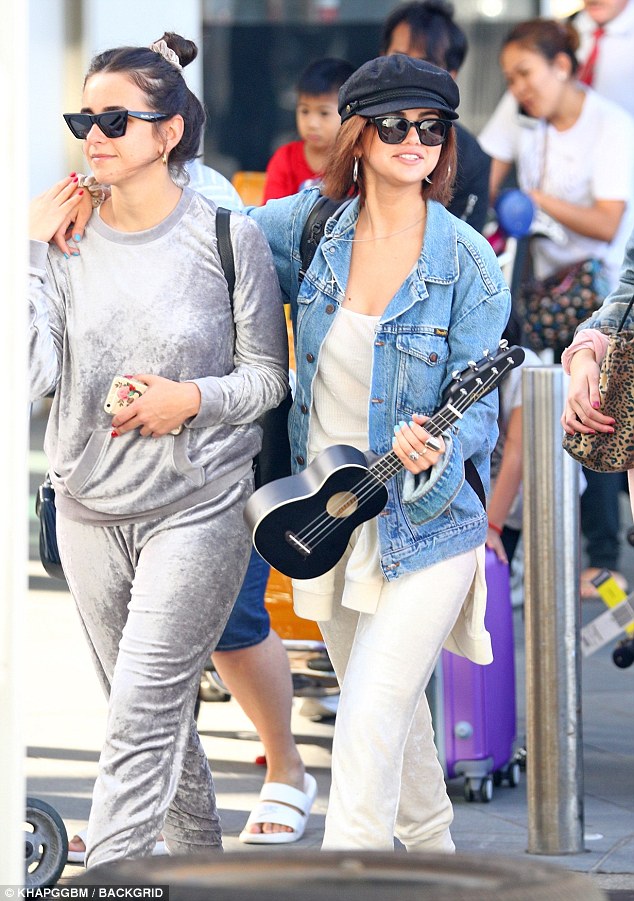 And now Bieber’s on-again, off-again girlfriend Selena Gomez (right, with ukelele) has arrived in Sydney to attend a conference herself 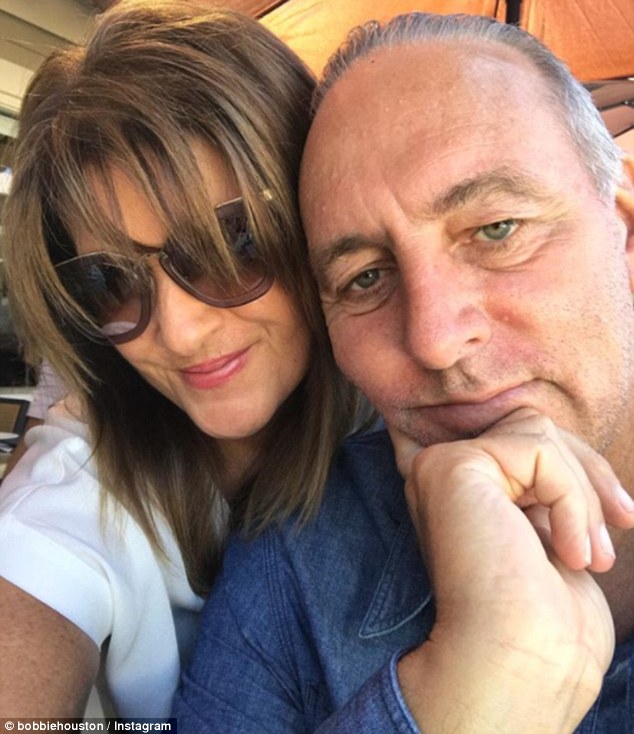 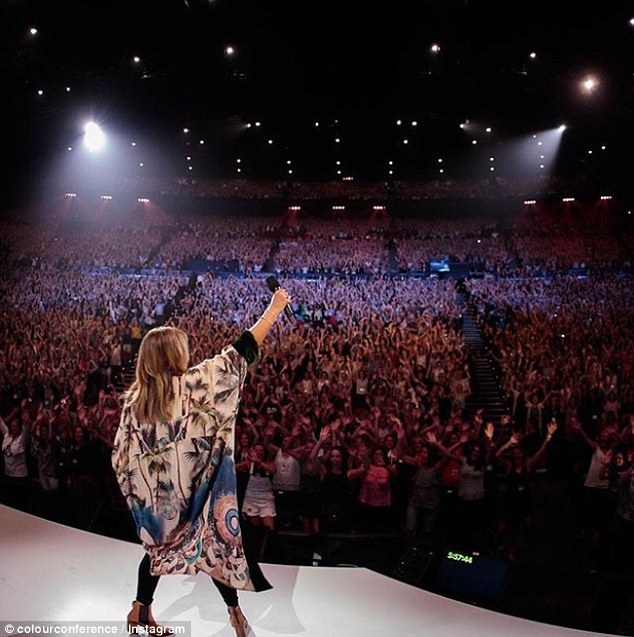 ‘Selena is attending Hillsong’s annual women’s Colour Conference (pictured), along with thousands of other delegates, of her own accord and in a private capacity,’ the church said

The church’s revenue Down Under leaped by almost $20 million in 2016 – with more than half of the funds coming from donations, including about $41 million in ‘tithes’ and offerings.

Church leaders encourage their followers to donate, with Hillsong’s website saying ‘we believe in the Biblical principle of tithing…. bringing the first 10% (tithe) of your income into the storehouse’.

But a church spokesman insisted ‘no one is told they “have to” tithe, ever pressured to tithe or even give at all.

‘We call the offering a ‘free will’ offering for a reason – and many people let the offering containers pass them by without contributing anything’.

The church now boasts it has a record label and a TV channel. Its music sells out stadium-sized crowds and Hillsong claims a congregation around the world of about 100,000 people.

It has a legion of hipster-style priests. Carl Lentz, one of its prominent New York preachers, even baptised Justin Bieber in a water bath a few years ago and often seen by his side. 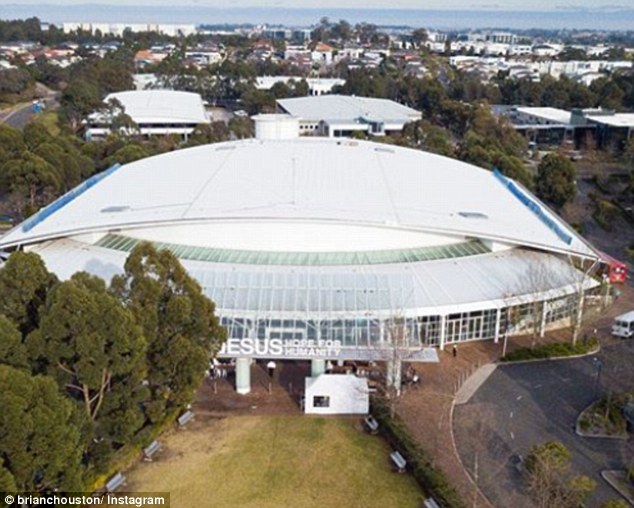 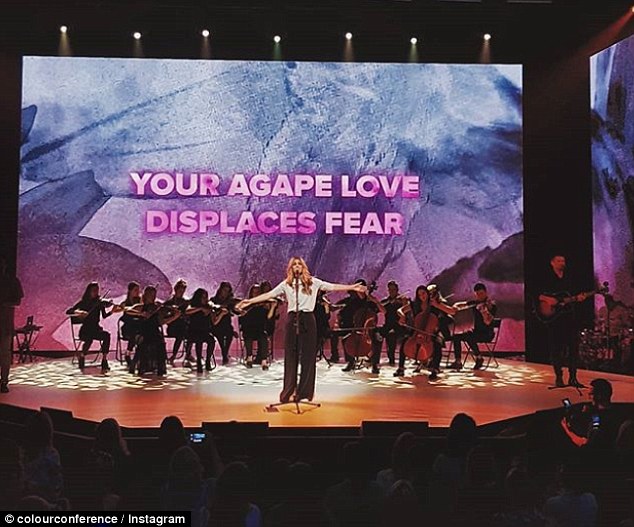 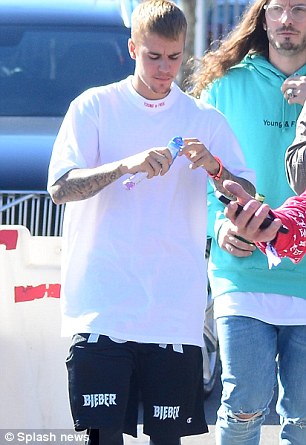 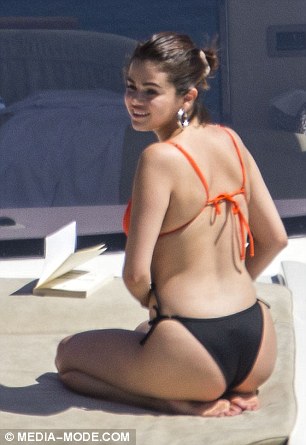 At home in Australia, the church has survived a series of scandals over the years, including denied allegations of ‘vote rigging’ during the Australian Idol music competition, and criticism of its senior pastor, Brian Houston, by a powerful inquiry three years ago.

The federal government’s Royal Commission into Institutional Responses to Child Sex Abuse censured Mr Houston for failing to to tell police his father, Frank, was a self-confessed child abuser. 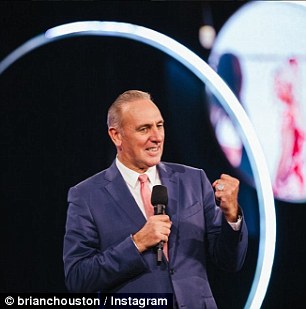 The commission’s final report also said he had a conflict of interest in dealing with the abuse claims when he was the president of the Assemblies of God in Australia.

The commission heard Mr Houston suspended his father from the church but decided to keep the matter confidential.

‘It has been 16 years since my friend and colleague … delivered those crushing words ‘It’s not about you – it’s about your father’,’ Mr Houston wrote in his book.

‘Now, the skeleton of my father’s sins has rattled yet again in the form of a public inquiry in which my motives and those of others involved have been openly questioned, and my integrity has been assailed.

‘I believe with all my heart that I handled an impossible situation with transparency and honesty.

‘In hindsight, would you do some things differently? Always.’

The church’s spokesman said: ‘The abuse committed by the late Frank Houston, the father of our senior pastor Brian Houston, occurred many years before Hillsong church existed, when he was a credentialed Assemblies of God minister in New Zealand.’