Jethro Lazenby died in May, aged 30, just two days after being released from prison for a brutal attack on his mother that saw the addict knee her in the face during a row over cigarettes – leaving her ‘bruised and bleeding’.

Daily Mail Australia visited the motor inn in Coburg where Lazenby was found dead, after revealing last month he had spent a large portion of his life in and out of custody.

Locals said the area was infested with drug dealers, with Daily Mail Australia witnessing a man lurking outside the motel on his phone before dropping a small package in the bushes and walking away. 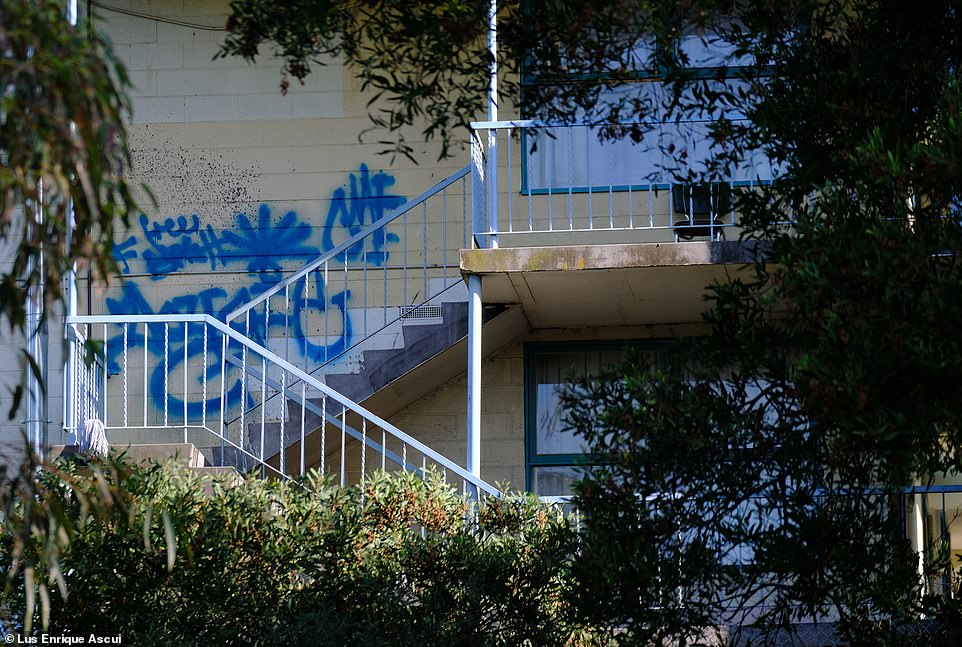 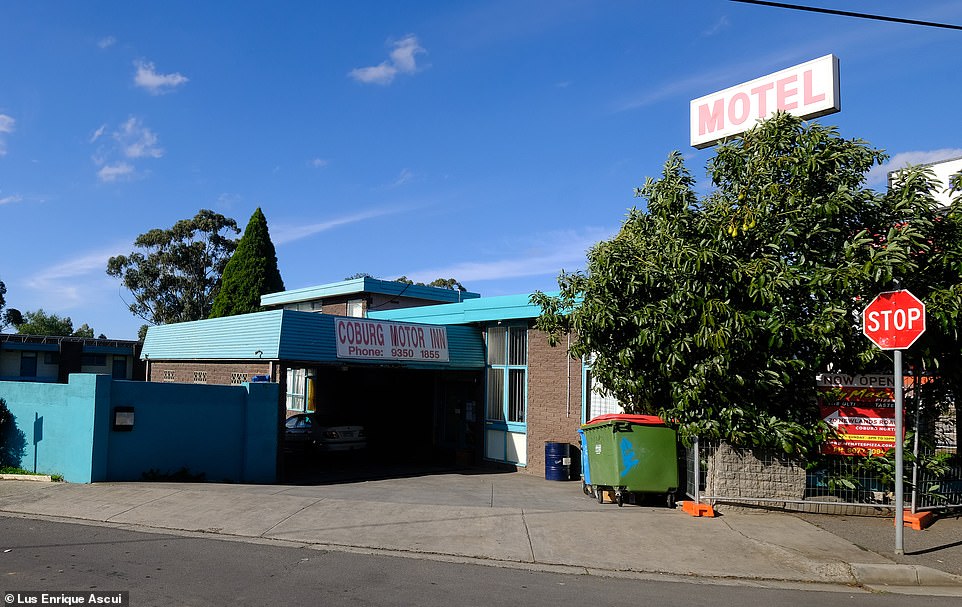 Sitting on the busy Sydney Road, the motel is used emergency accommodation and occupied by struggling guests 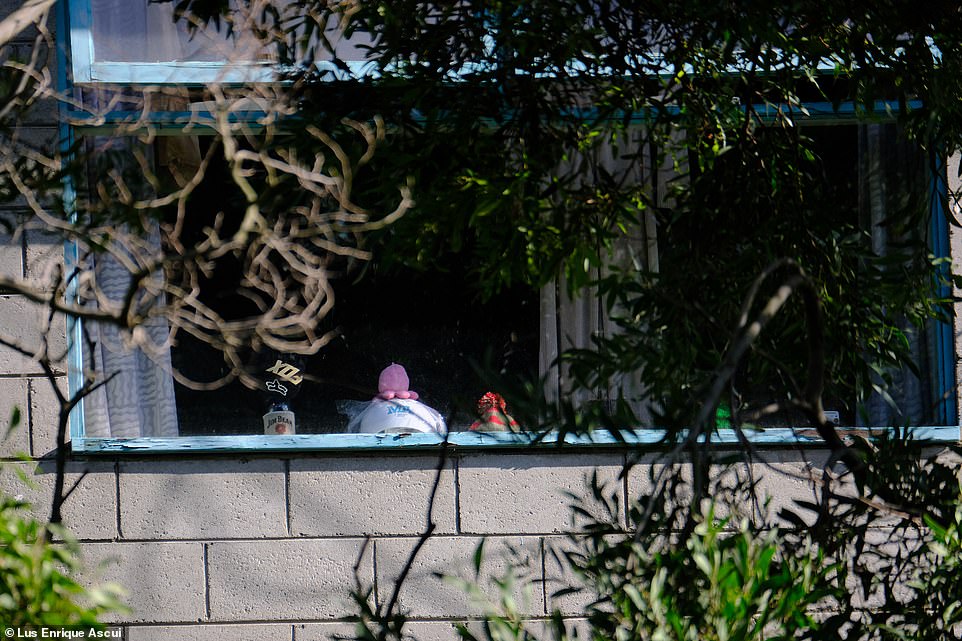 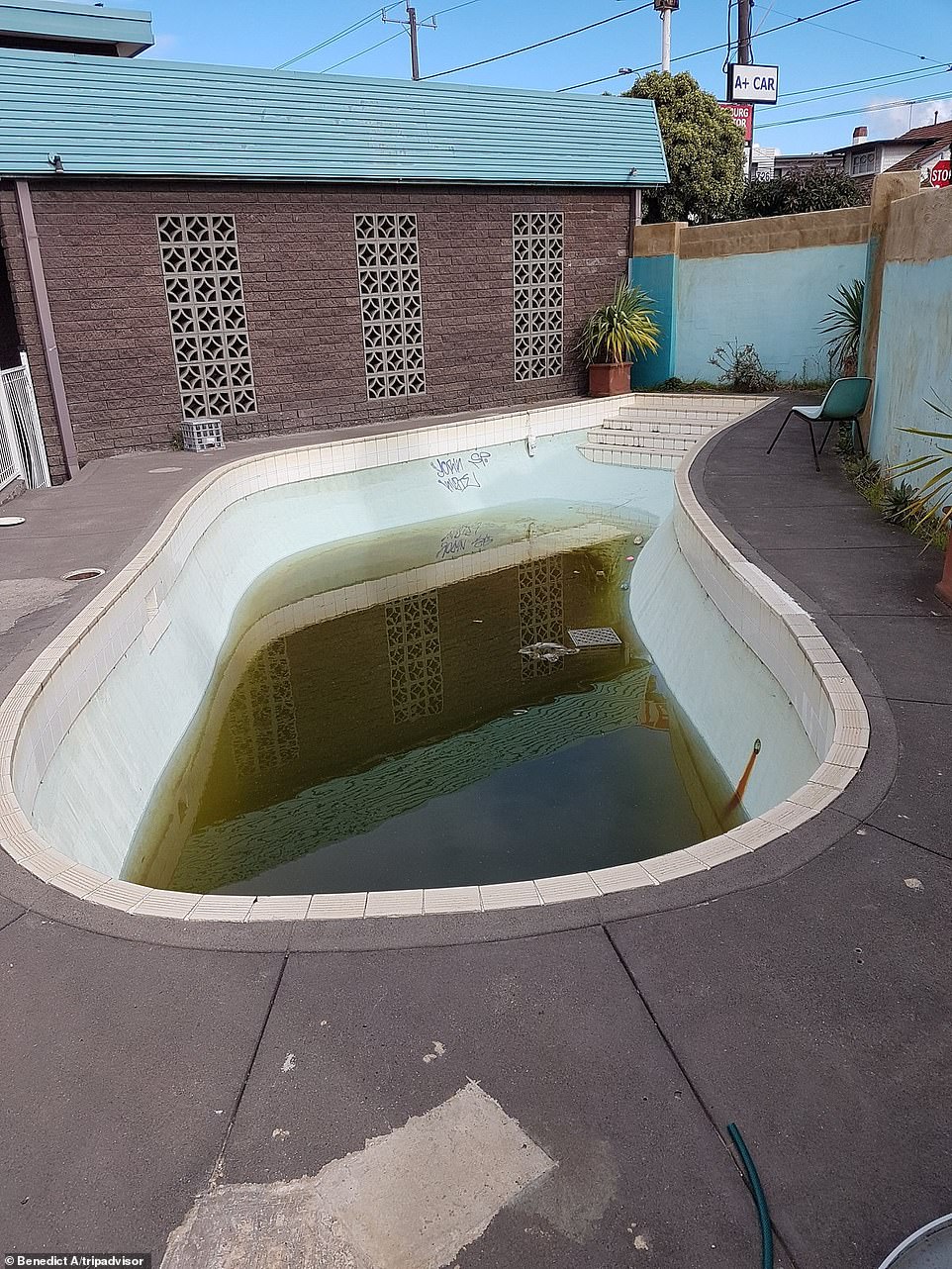 The hotel’s pool had a small patch of green liquid at its base, with rubbish floating in the ooze

The Coburg Motor Inn is being subsidised by the government and organisations including VincentCare to have a majority of its 30 rooms used as emergency housing for people leaving drug rehabilitation centres or prison.

Lazenby spent his final hours inside the motel, which has been described by former guests as ‘the worst I’ve seen in my life’ and so undesirable a homeless man said he’d rather sleep on the streets.

The decrepit motel sits off Melbourne’s busy Sydney Road, sandwiched between the major thoroughfare and the Coburg Lake Reserve, which features a bridge over the Merri Creek, a large play area for kids and a BBQ section.

But in stark contrast to the family-friendly park, a section below the Motor Inn is being used as a filthy hangout – littered with empty beer bottles, medication, and discarded luggage.

The staircase overlooking the park is covered in graffiti, as is the area below the motel and sections of its exterior blue walls. 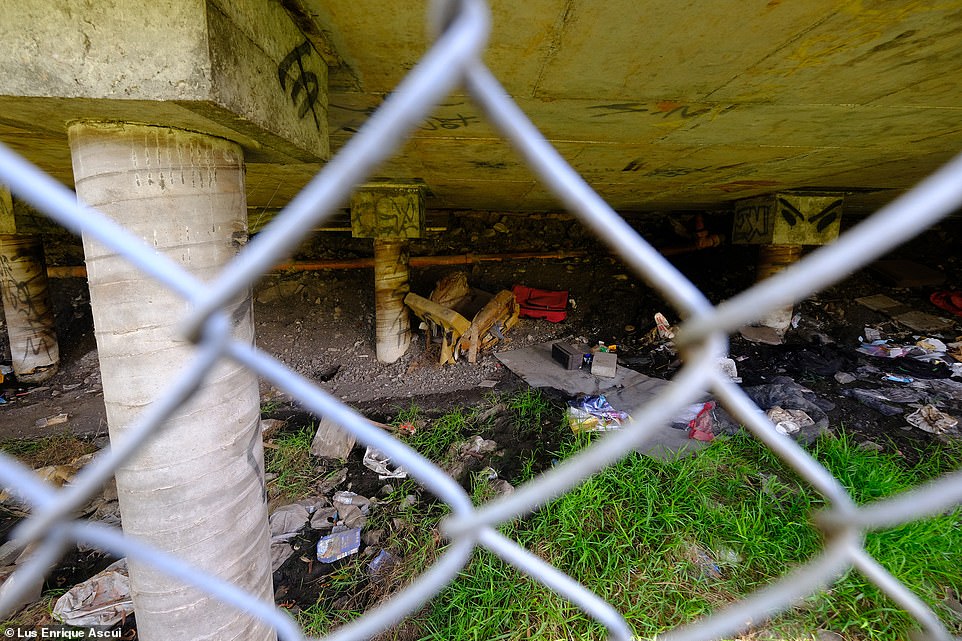 A decrepit hangout was created underneath the hotel, filled with rubbish, chairs, luggage and medication 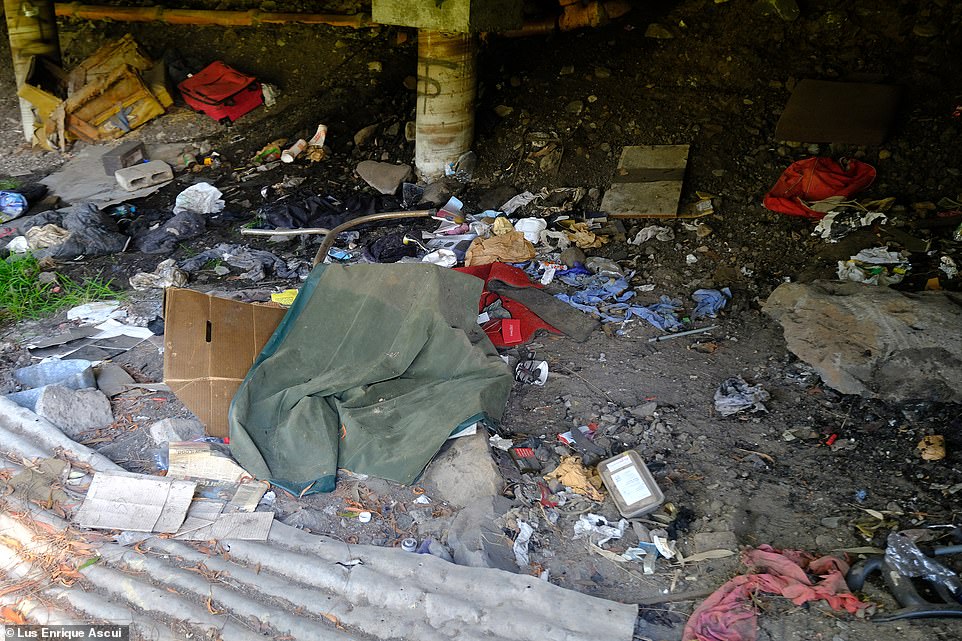 There appears to be sleeping apparatus in the hangout, with an esky and empty beer bottles littered throughout 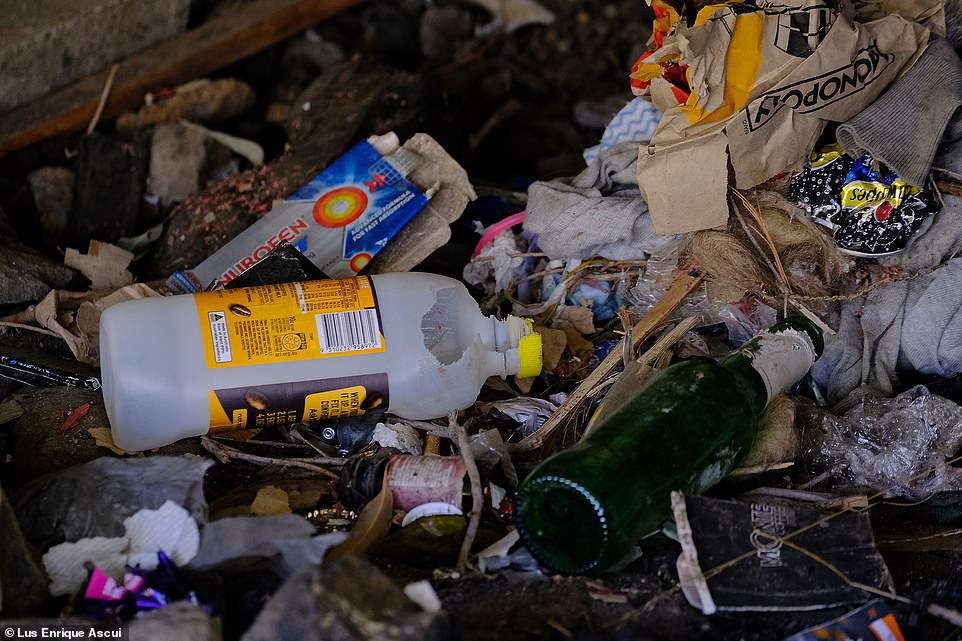 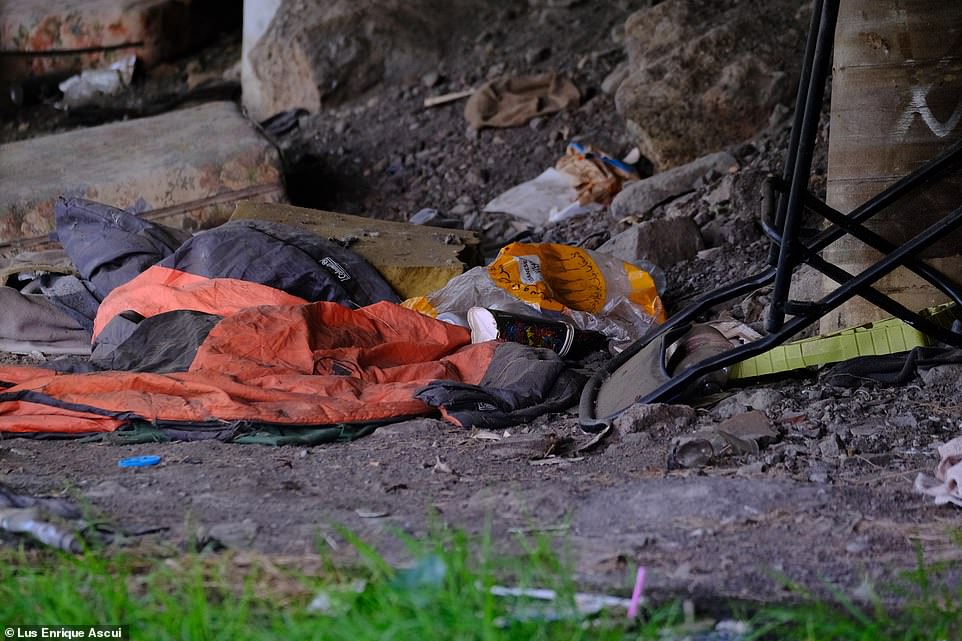 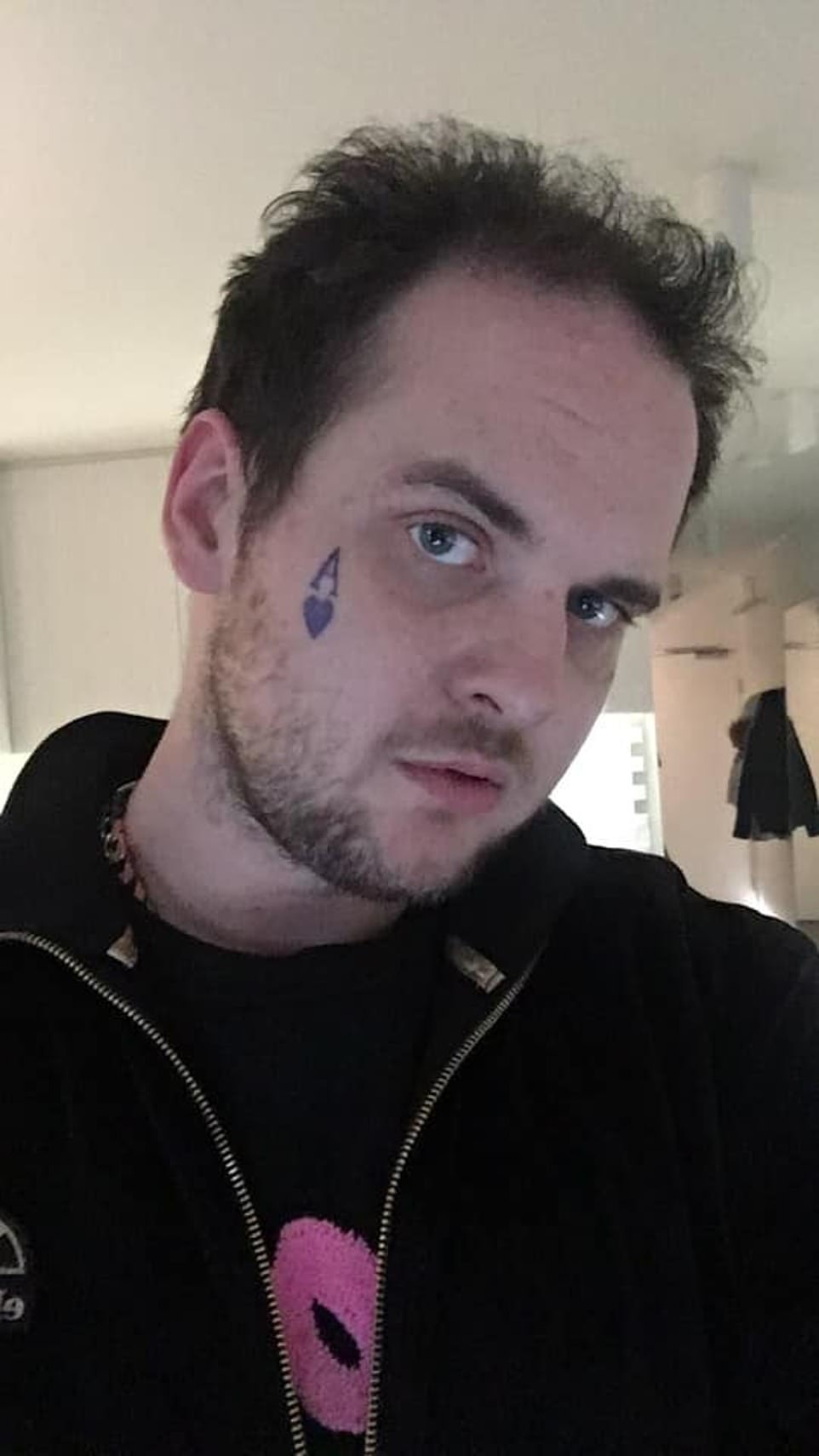 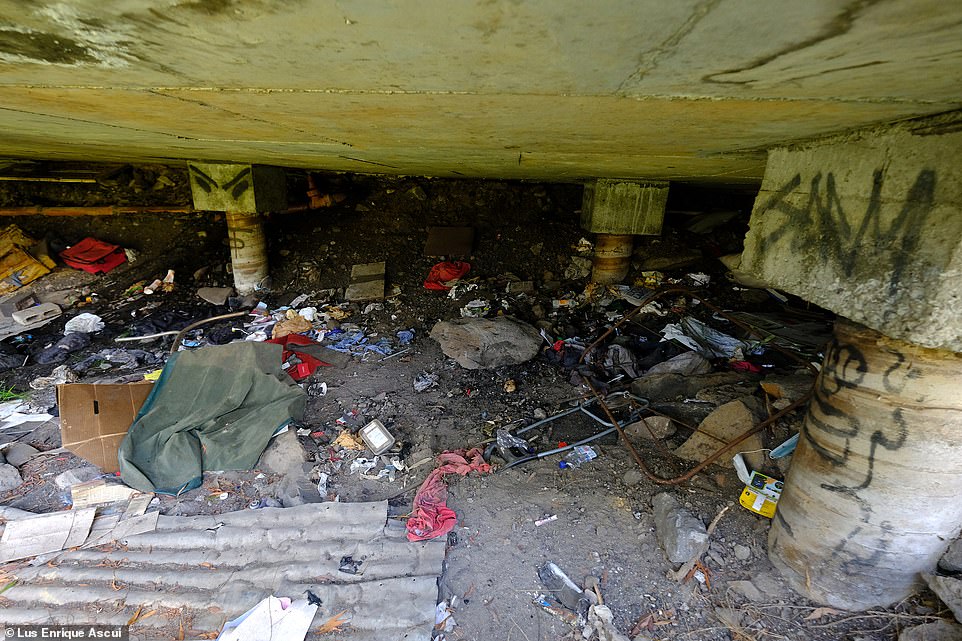 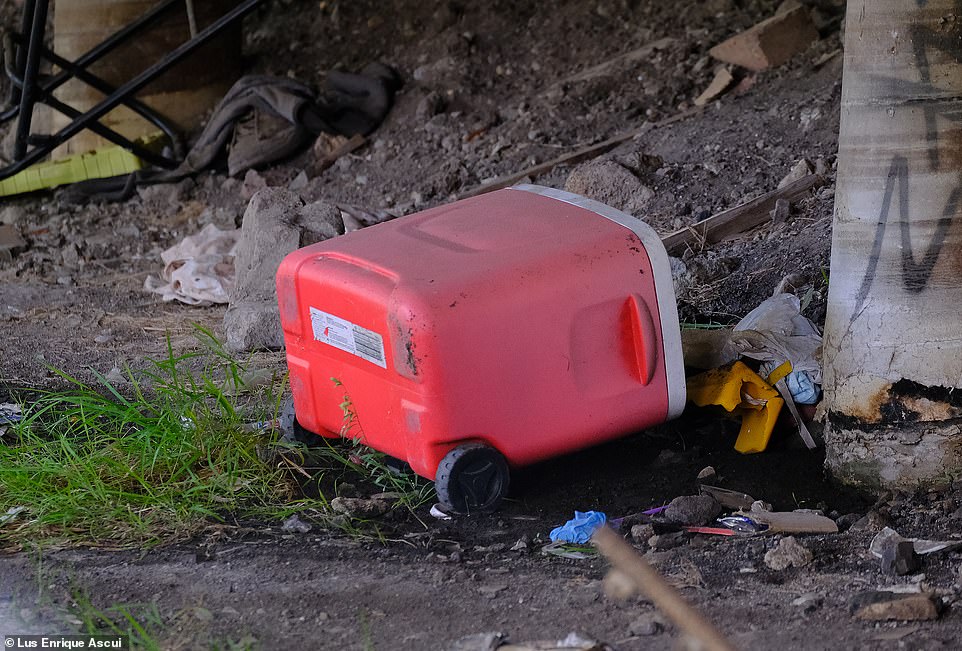 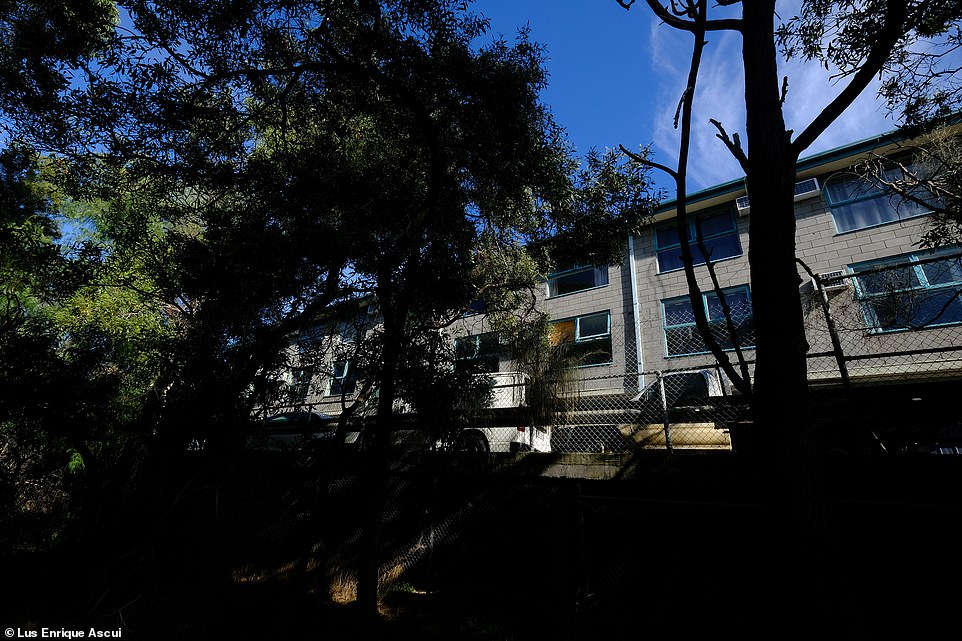 The emergency housing overlooks Coburg Lake Reserve – a lush grassland that features a bridge over the Merri Creek, a large play area for kids and a BBQ section 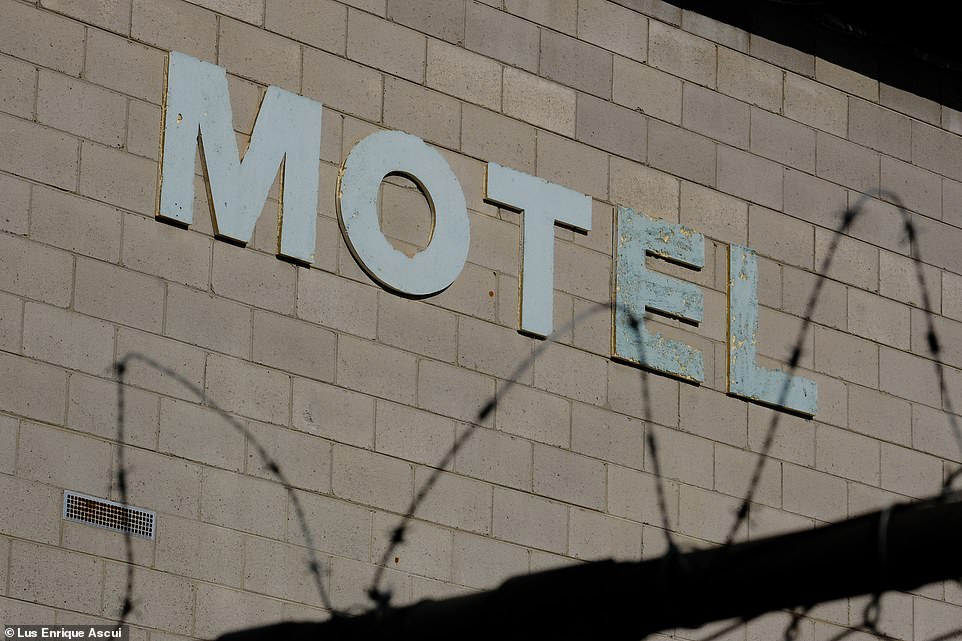 A woman enjoying the reserve’s playground with her young daughter said it worried her the motel was being used as a halfway house so close to children.

‘I didn’t know that’s what it was being used for, but it definitely makes me nervous there could be needles and drug paraphernalia around,’ the mother told Daily Mail Australia.

‘It wouldn’t stop me coming here because it’s a beautiful park but definitely makes me more anxious and have to keep a better eye on my daughter.’ 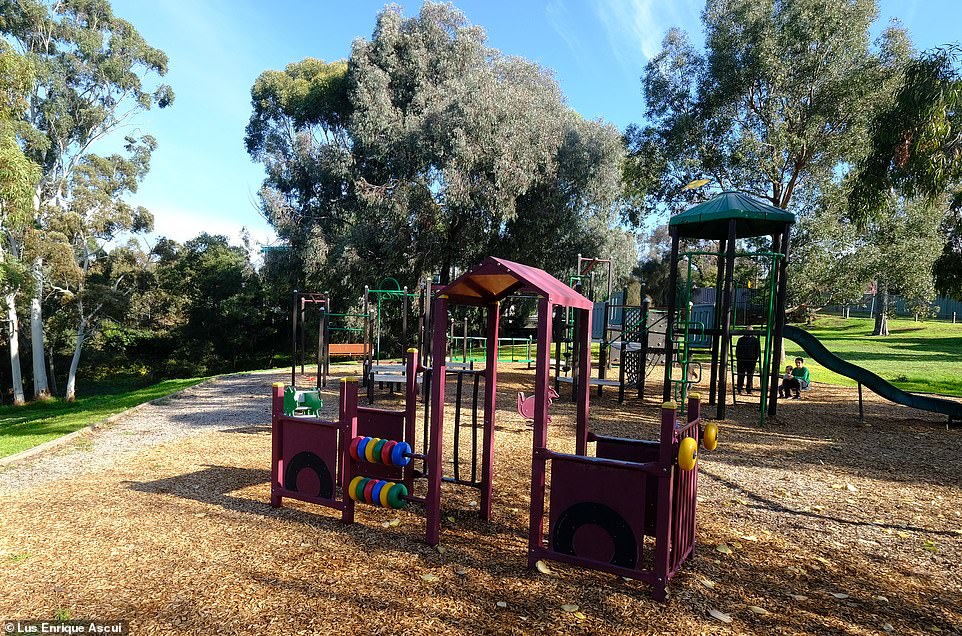 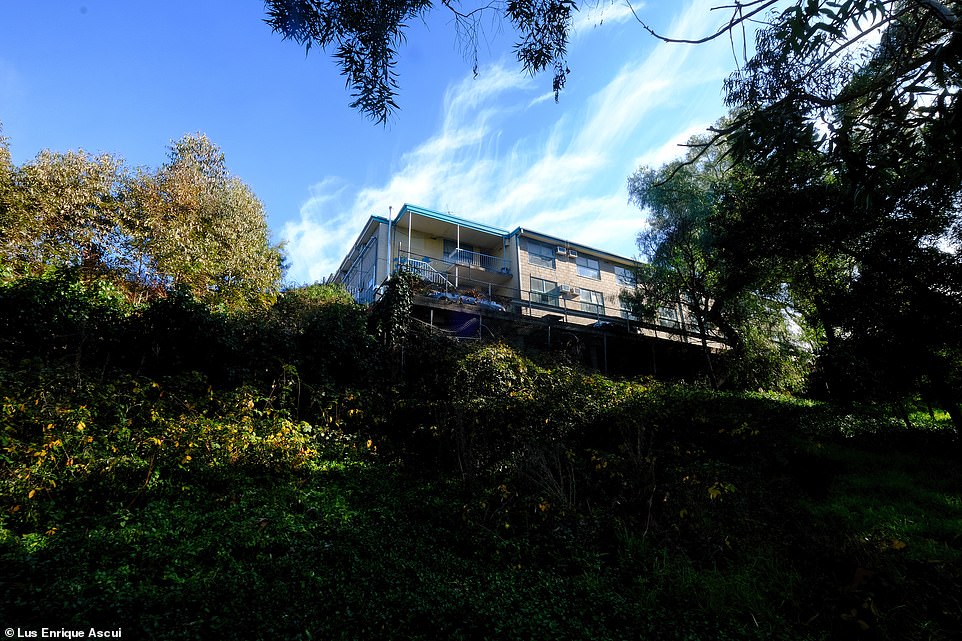 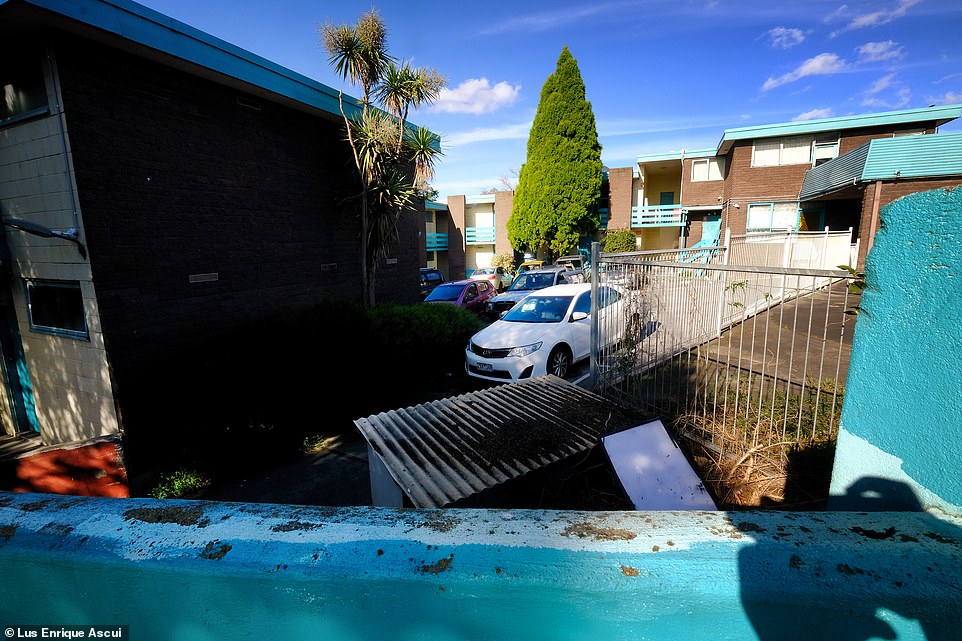 Despite a number of cars being parked in the motel, there was a lack of movement 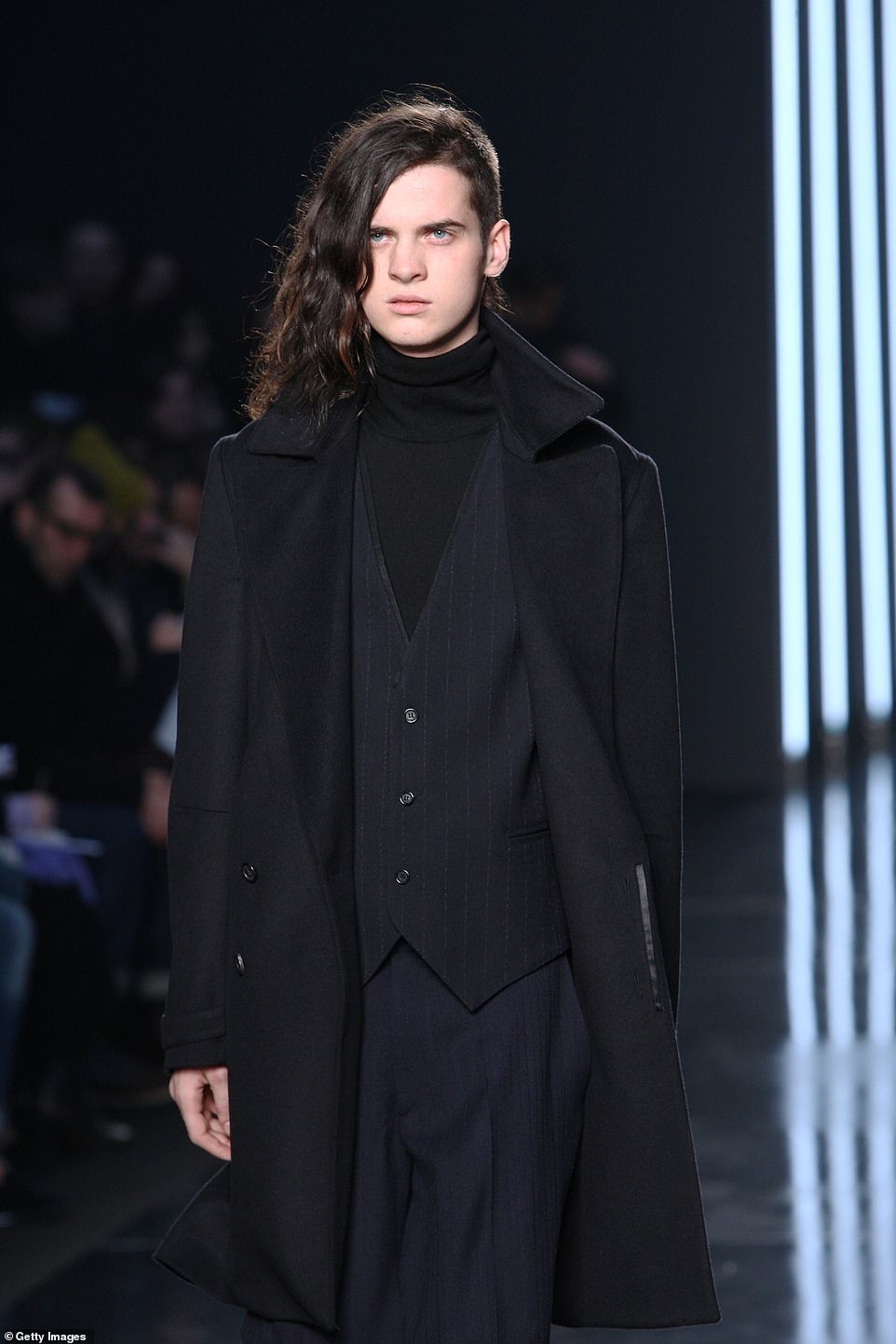 Former guests said the smell emanating from some of the rooms was so overwhelming they couldn’t stay long, while a rough sleeping man who spent a night in the Coburg Motor Inn told The Age he’d rather be homeless.

‘I left after one night – it was a bloody disgrace,’ Robert Old said.

‘The rooms were filthy and the staircase was used as a toilet by the residents, who were all affected by drugs and alcohol. It was not safe at all.

‘I just want a little place to myself. It’s asking a lot I know. If all else fails I’ll just stick to the streets.’

Rooms cost about $130 a night, with reviews on websites including TripAdvisor offering disturbing experiences of travellers spending a night at the Coburg Motor Inn.

The majority of reviews on the popular website list the hotel as ‘terrible’, with one person saying it was ‘so bad it was comical’.

‘The worst motel I’ve ever seen in my life,’ a person commented, claiming strangers had attempted to break into her room through the night.

Another wrote: ‘We just survived 3 nights in this hell hole. When we closed the door it had patched holes and two bolts ripped off the door – the kitchenette had ants, the curtains had holes, and the bathroom was foul.’

The hotel’s pool had a small patch of green liquid at its base, with rubbish floating in the ooze.

The only movement inside the Coburg Motor Inn was the motel’s cleaner, who scurried away after seeing Daily Mail Australia’s photographer. 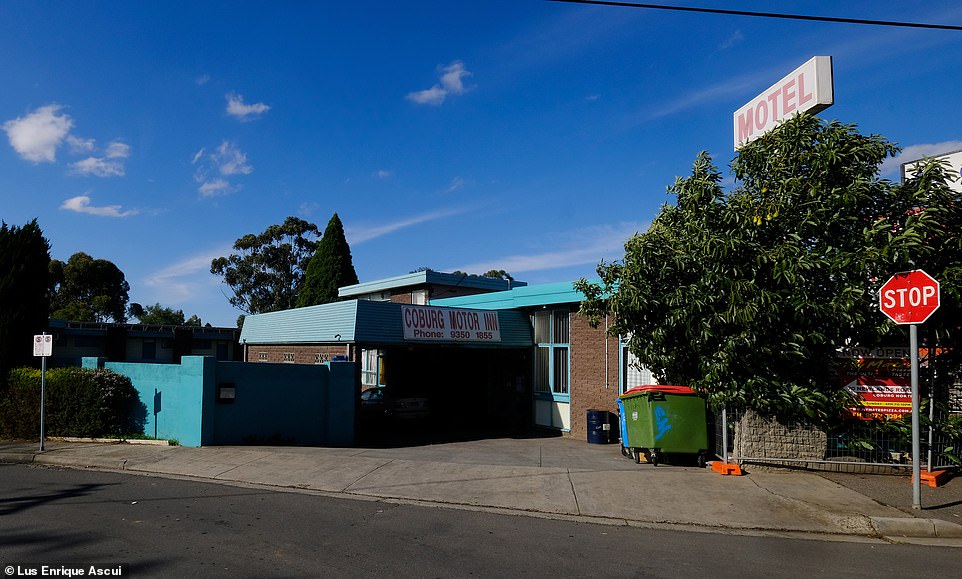 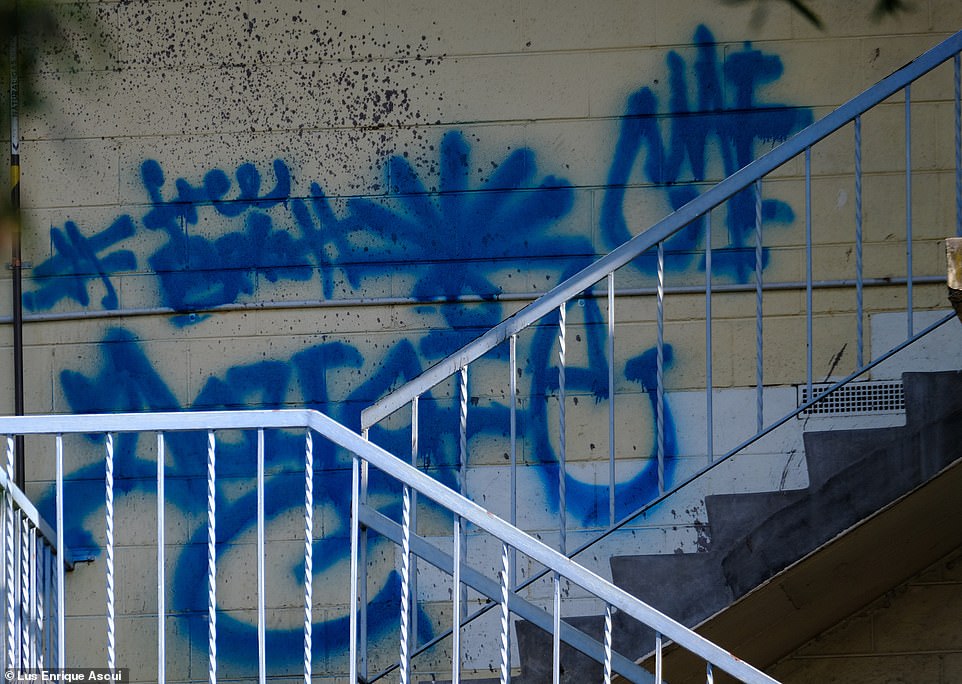 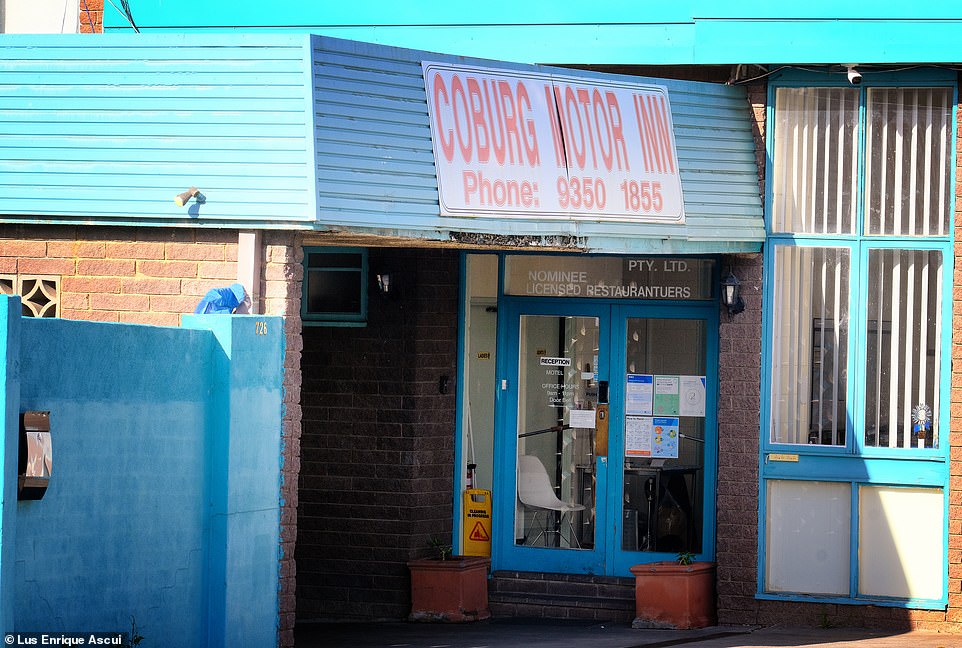 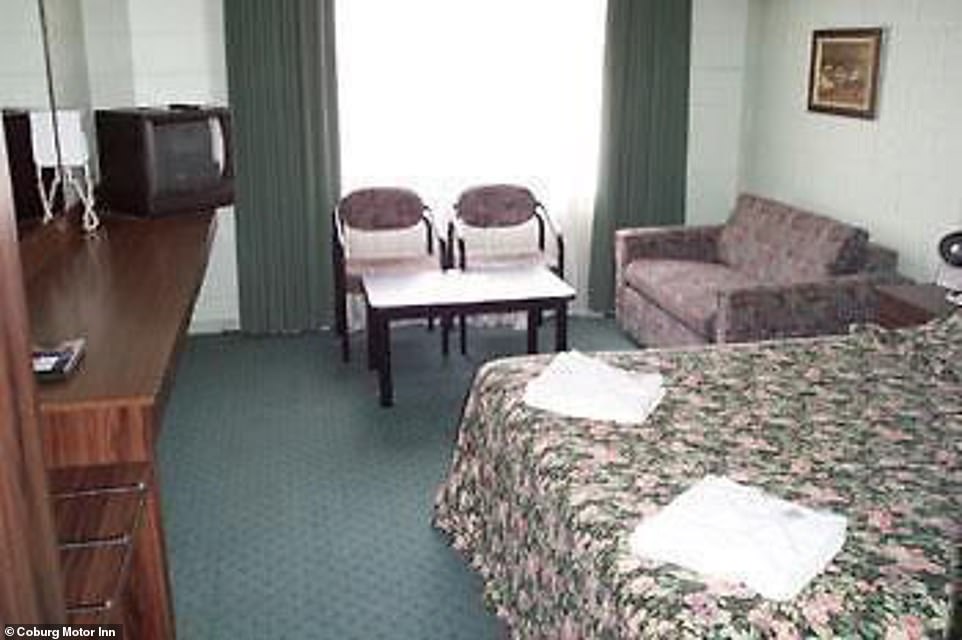 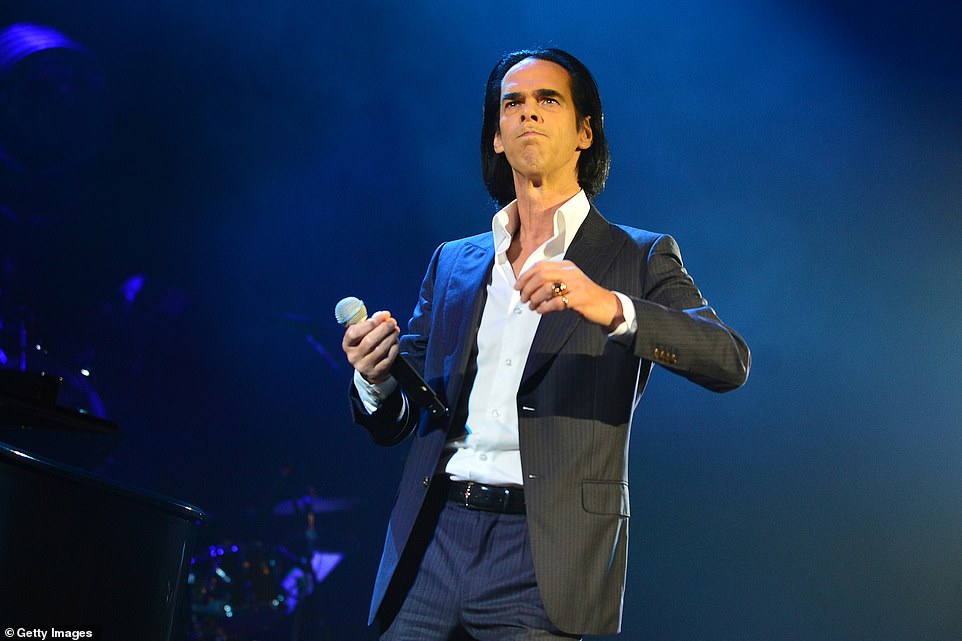 Lazenby had been a successful model as a teenager, strutting along catwalks across Europe before his epic fall from grace around 2012.

At the time of Lazenby’s death he had been awaiting sentence over a series of petty thefts and a savage attack on his mum Lee-Anne Lazenby.

While released on bail, the ex-model was not expected to remain on the streets very long. Lazenby had a shocking criminal history, which had seen him prosecuted over a swag of petty thefts, drug crimes and domestic violence.

Upon his passing inside the dingy motel, he had been facing further allegations of assault, domestic violence and petty thefts.

Getting advice from me is like being measured by the undertaker. Nick Cave, 2015

Lazenby had wound-up at the Coburg Motor Inn after the court forbid him from residing with his mother.

By now a dishevelled wreck, it remains unclear why Lazenby was unable to return to the Carlton apartment of his famous father, where he had lived at least up until 2018.

It was the address he had been bailed to live at after being charged with the brutal assault of his then girlfriend.

Back then, the court heard Lazenby had struck his terrified partner in the face after a squabble over money.

Lazenby had threatened to murder the woman after kicking her onto a couch and twisting her arm behind her back. 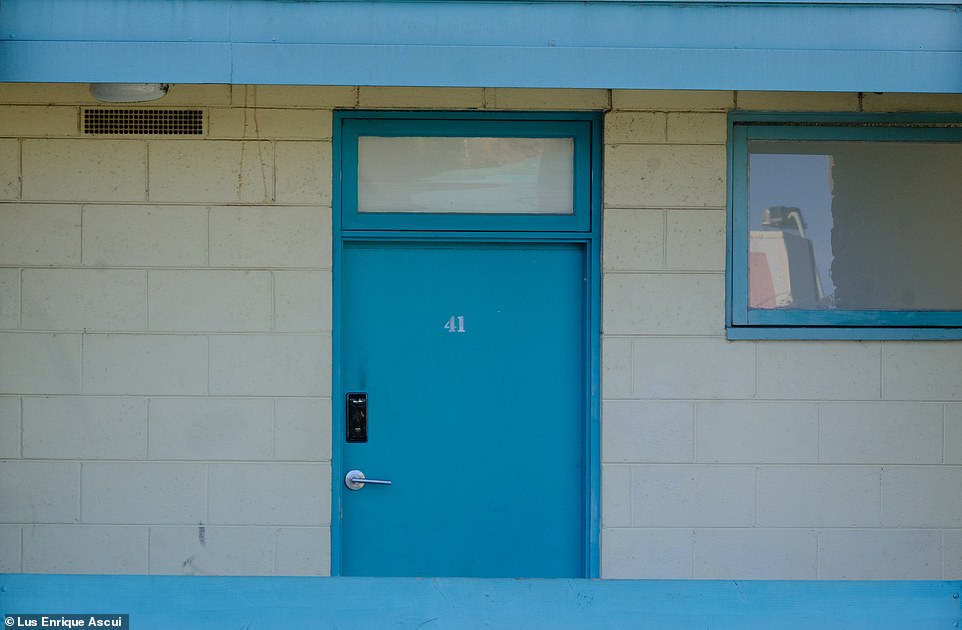 Many of the doors are damaged while part of the roof had recently been damaged, protected crudely by a tarp 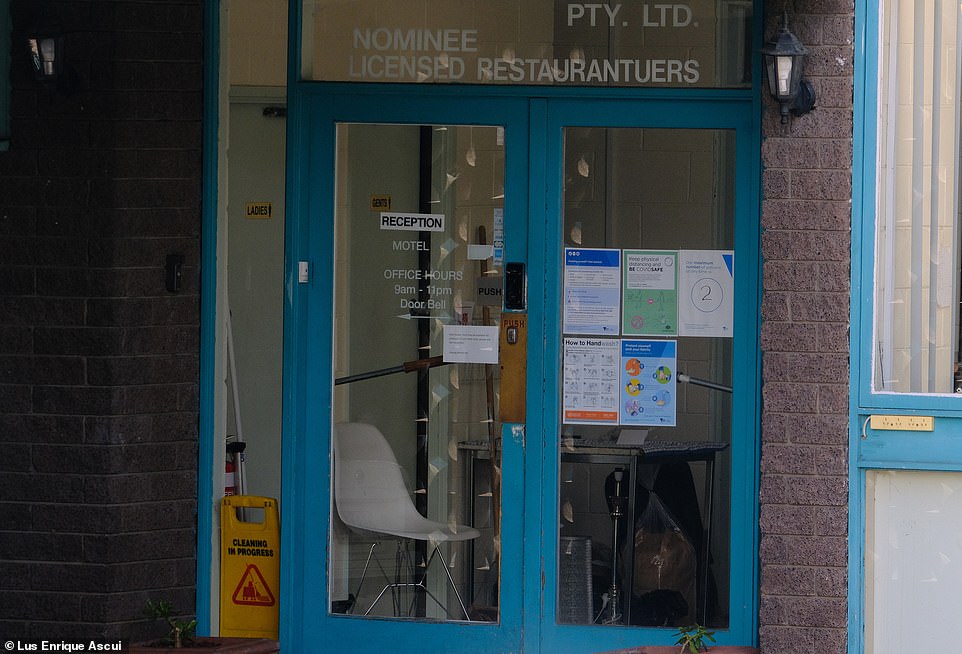 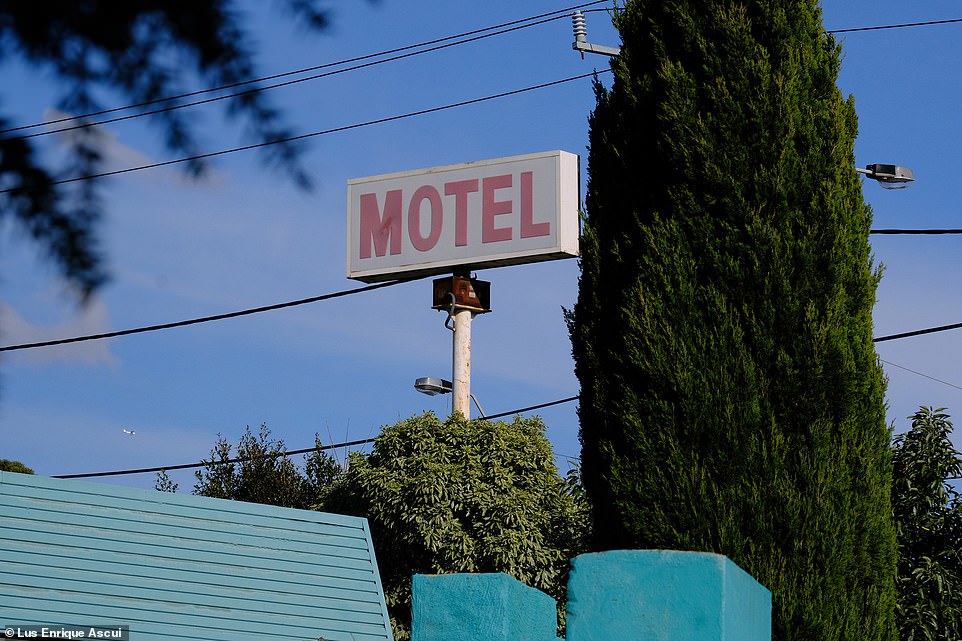 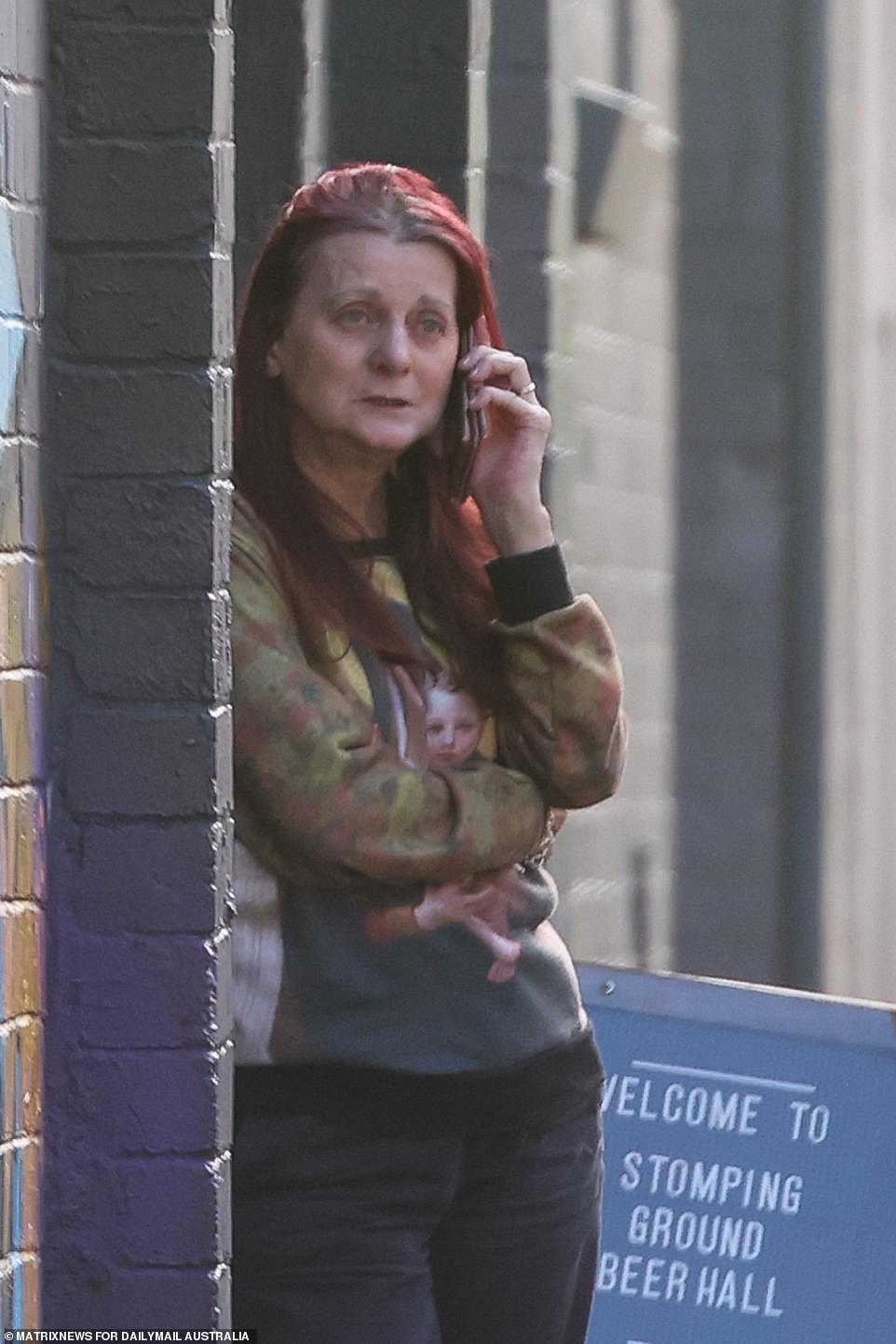 The pair had been brought to police attention earlier that day after a fight over drugs.

At the time, police had opposed Lazenby’s bail due his disgraceful criminal history, which had seen him blatantly disregard court orders.

On one occasion, Lazenby had returned to assault his girlfriend immediately after being released on bail.

In a deal with prosecutors, Lazenby pleaded guilty to one count of unlawful assault and breaching court orders.

He was due to front court again to face sentence on June 29, but had a series of other matters listed on the court system at the time of his death.

Lazenby had the world at his feet in the early 2000s when he managed to score some top modelling jobs on the back of his famous father’s name.

He opened the Mercedes Australian Fashion Week in Sydney in April 2006 when he was just 15-years of age.

Danica Conwell, who’d been both a close friend and girlfriend to Lazenby for six years, denied rumours he’d taken his own life, saying he’d made plans to see her later than night. She said his death was related to him using heroin. 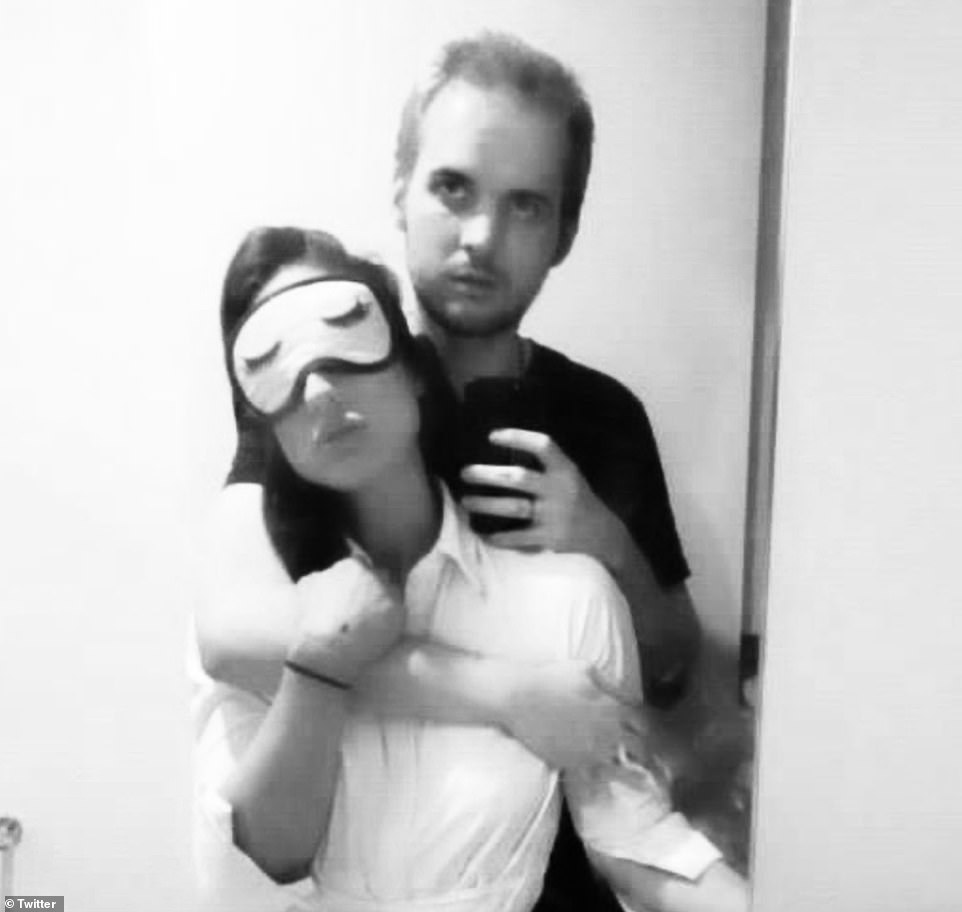 Danica Conwell, who shared a close friendship with Lazenby for six years and was in a turbulent relationship with him, has put to bed rumours he may have taken his own life, noting had made plans to see her that evening and was using heroin 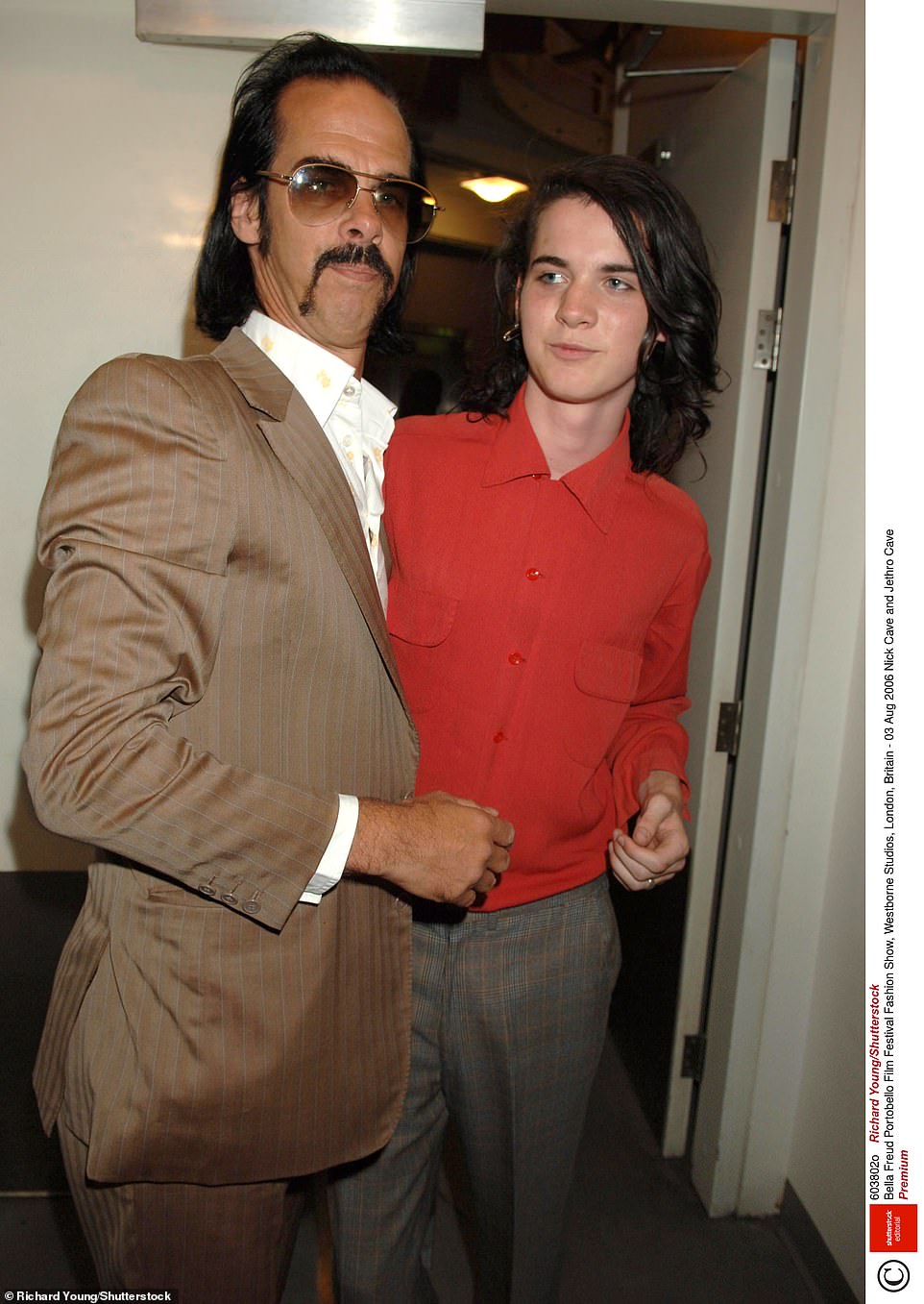 She’s struggling to cope with his death and hit out at his family for allegedly excluding her from memorial.

‘Unfortunately I wasn’t invited to the funeral… His family won’t allow me closure and I really f**king need it,’ she said.

Ms Conwell said there is no doubt in her mind that he would have wanted her there.

‘I’m not doing well with this at all and that’s what wakes are for to say good bye, help closure on the mourning process… It’s evil to deny someone this.’